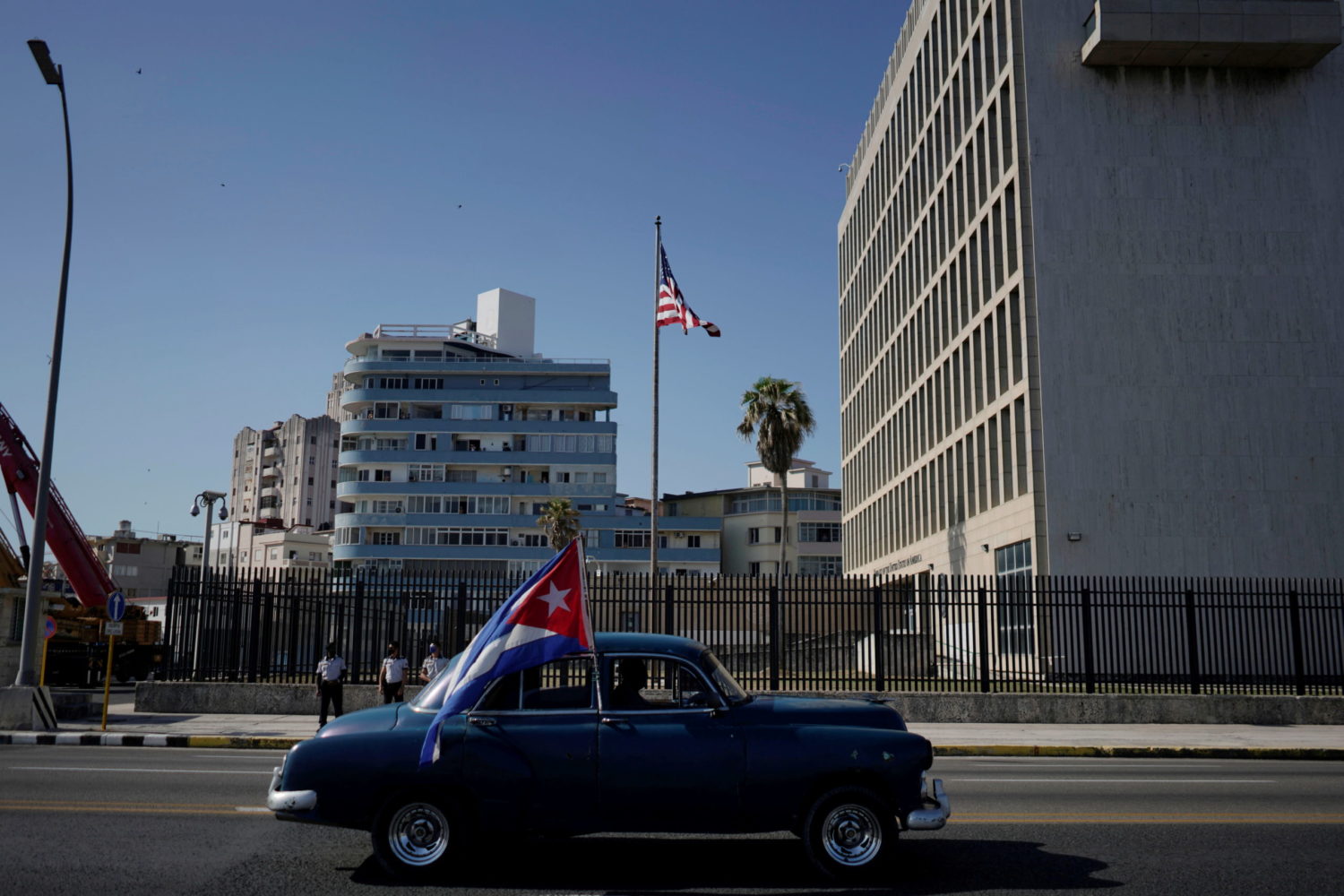 HAVANA (Reuters) – Cuban President Miguel Diaz-Canel warned the U.S. embassy in Havana against fomenting protests by dissidents on the Communist-run island, the latest flashpoint between the longtime rivals ahead of fresh rallies slated for Nov. 15.

Cuba has said the planned demonstrations – scheduled for the same day the Caribbean island will reopen its borders to tourism – are illegal and blames the United States for underwriting them. The United States has threatened Cuba with further sanctions should the government jail protesters.

In a speech to Communist party stalwarts late on Sunday, Diaz-Canel doubled down on allegations of U.S. subterfuge, accusing the U.S. embassy of playing a role in fanning protests.

“Their embassy in Cuba has been taking an active role in efforts to subvert the internal order of our country,” Diaz-Canel said. “U.S. diplomatic officials meet frequently with leaders of the counterrevolution, to whom they provide guidance, encouragement, and logistical and financial support.”

The embassy could not immediately be reached for comment.

The U.S. diplomatic headquarters in Havana has operated with a skeleton crew since 2017, after employees fell ill with what is now known as ‘Havana Syndrome.’

Scaled-back operations have hobbled diplomacy between the two Cold War foes and have forced Cubans seeking consular services from the embassy to travel to Guyana instead.

Diaz-Canel said the embassy was nonetheless leveraging social media communications to criticize Cuba in “open interference in the internal affairs of our country.”

The embassy in recent weeks has highlighted on social media the cases of several Cubans detained and jailed following the biggest anti-government demonstrations in decades on July 11. The posts on Twitter call in Spanish for the release of dissidents and use the hashtag “#Presosporque,” or “Why are they prisoners?”

Cuban authorities said those arrested in July were guilty of crimes including public disorder, resisting arrest, and vandalism.

“Those individuals who are involved in violating the fundamental and universal rights of the Cuban people… we have made it very clear that we have every intention of responding,” Gonzalez said.

The outcome of the showdown between the Cuban government and increasingly bold dissidents will likely dictate the Biden administration’s policy towards the island nation going forward, said William LeoGrande, a professor of government at American University in Washington.

The Biden administration’s “hostile rhetoric and support for dissidents has led the Cuban government to give up on any hope of better relations with Washington,” LeoGrande said. “Ironically, that gives the Cuban government no incentive to treat the upcoming march or its organizers with tolerance.”