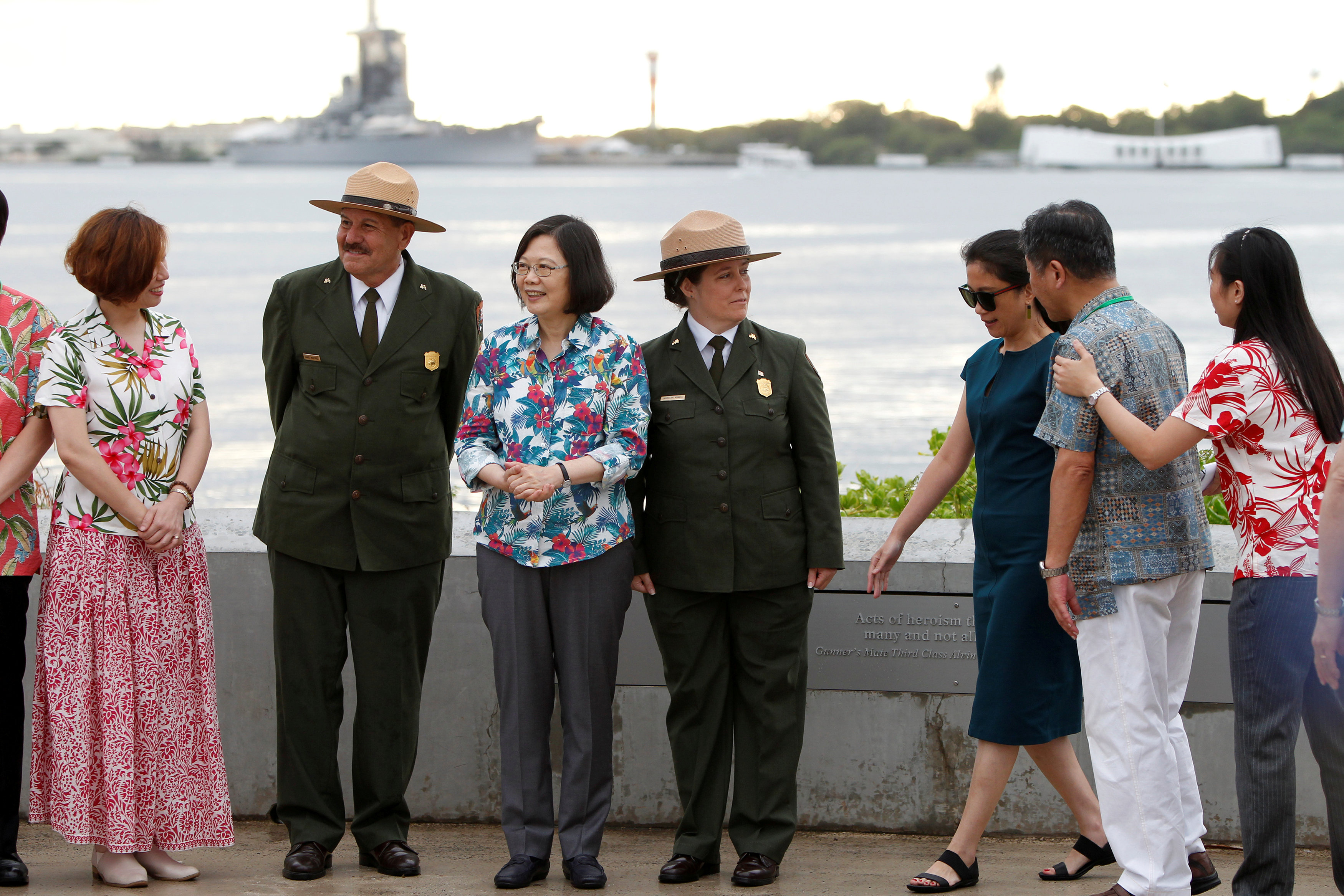 TAIPEI (Reuters) – Taiwan will increase future defense spending by two percent each year, President Tsai Ing-wen said during a visit to Hawaii where the United States expressed concern over a possible military imbalance in the Taiwan Straits, Taiwan media reported.

In the event that Taiwan purchases arms from a foreign military, the island’s defense spending could increase as much as three percent each year, and could possibly increase further using a special budget if “significant purchase cases” are made, Tsai said in remarks carried by official media on Monday.

Tsai made the comments in response to U.S. concerns about a possible military imbalance in the Taiwan Strait expressed by Ambassador James Moriarty during a meeting. Tsai did not elaborate on when the increased defense spending would start.

Tsai’s comments were reflected by National Security Council deputy secretary-general Tsai Ming-yen, who recounted to official media the conversation between Tsai and Moriarty, who is chairman of the U.S. Mission in Taiwan, about expanding Taiwan’s national defense policy.

Moriarty had expressed concern about China’s double-digit growth in defense investments in the last few years, and that Taiwan would need to address a possible military imbalance over the Taiwan Strait, deputy secretary-general Tsai recounted.

President Tsai in turn replied Taiwan would develop a comprehensive plan in accordance with strategic needs, short-term needs, and long-term plans, to create defense forces on the island that would have “reliable combat effectiveness”.

Tsai visited Hawaii at the weekend on her way to three of Taiwan’s diplomatic allies in the Pacific, despite China, which considers Taiwan a wayward province, calling on the United States to stop the trip.

Her trip comes about a week before U.S. President Donald Trump visits Asia.

China has increased pressure on Taiwan since Tsai took office last year, suspecting she wants to push for formal independence. China has conducted more military drills around Taiwan and peeled away its few remaining diplomatic allies.

“We are happy to see U.S. promises of peace and stability for the Asia-Pacific region, and from meetings with the United States understand the necessity to increase investment in defense,” it quoted her as saying.

The United States and Taiwan have not had formal diplomatic relations since Washington established ties with Beijing in 1979, but the United States is bound by law to provide Taiwan with the means to defend itself.

Taiwan is well armed with mostly U.S.-made weapons but has been pushing for sales of more advanced equipment, such as fighter jets, to deal with what Taipei sees as a growing threat from China and its own rapidly modernizing armed forces.

China has never renounced the use of force to bring Taiwan under its control. It regularly calls Taiwan the most sensitive and important issue between it and the United States and has been upset by U.S. moves to expand military exchanges with Taiwan and continued U.S. arms sales to the island.

Tsai’s stopover in Hawaii included a tour of a Pearl Harbor memorial, a banquet with the overseas Taiwan community, and joint speeches with Moriarty, the chairman of the U.S. Mission in Taiwan, also known as the American Institute in Taiwan.

It was her second U.S. visit this year. In January, Tsai stopped in Houston and San Francisco on her way to and from Latin America.

Tsai moves on to visit the Marshall Islands, Tuvalu, and the Solomon Islands from Monday during a week-long trip and will stop over in the U.S. territory of Guam on her way back to Taiwan.