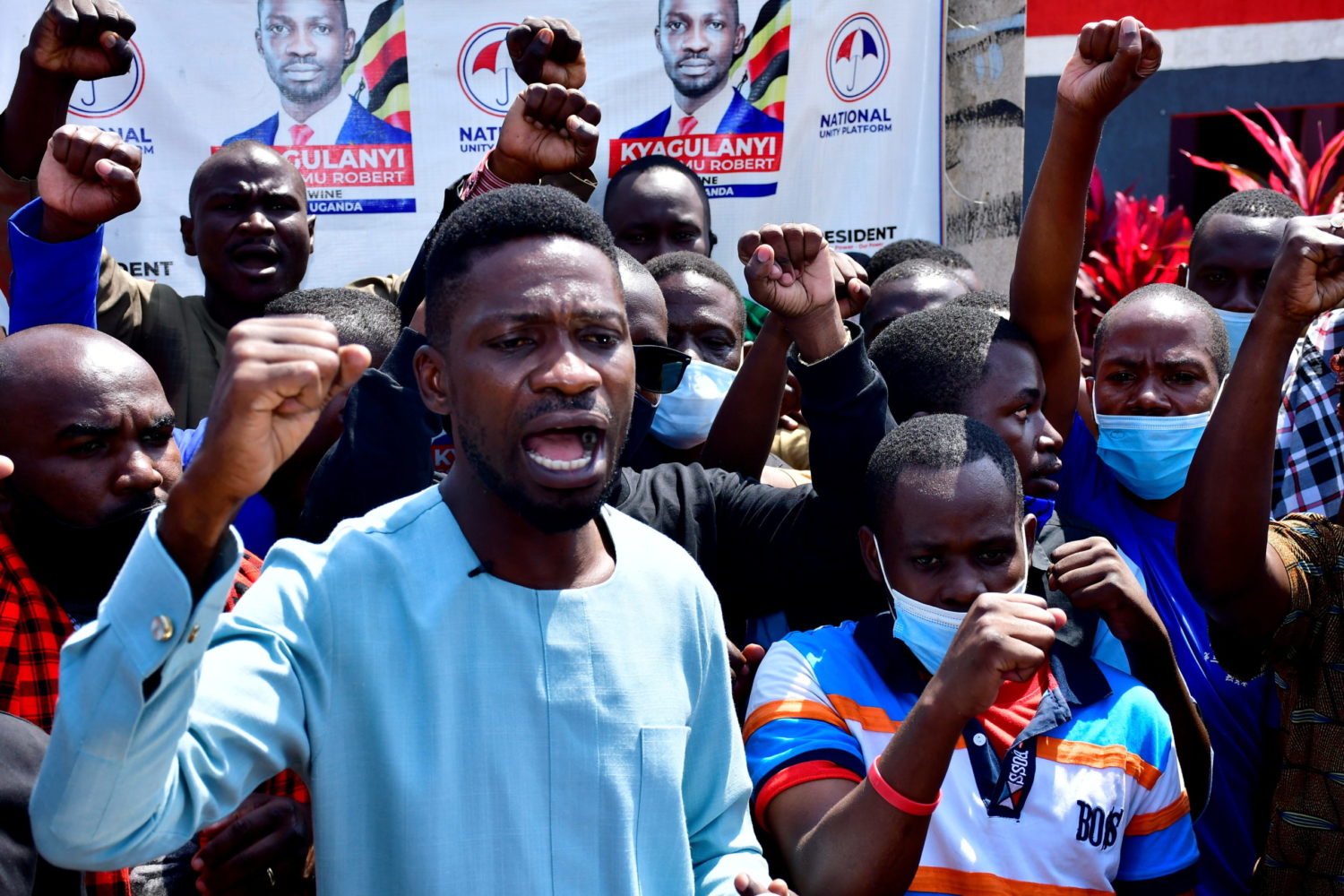 Wine’s opposition National Unity Platform (NUP) dismissed the prosecution of the two MPs, Muhammad Ssegirinya and Mr Allan Ssewanyana, both NUP members, as a politically motivated attempt by authorities to smear the party.

Appearing at a court in Masaka town in central Uganda, south of the capital Kampala, the two were charged with the three murders and remanded in prison, Joel Ssenyonyi, a fellow NUP lawmaker and the party’s spokesperson, told Reuters.

Security agencies have been investigating a spate of killings of at least 26 people in a wide area around Masaka in recent weeks.

In accounts widely reported in local media, machete-wielding men would arrive at victims’ homes in the middle of the night and cut them to death. Most of those killed were elderly people.

The area where the attacks have occurred voted overwhelmingly against incumbent President Yoweri Museveni, 76, in a presidential election in January 2021.

Police on Monday said they had arrested 23 suspects linked to the killings, adding some implicated the two lawmakers during interrogation as “the masterminds behind the vicious murders.”

The motive, police said, citing suspects, was to attack elderly residents who had voted for Museveni. Information minister Chris Baryomunsi last month told local television that politicians were behind the killings, but did not name them.

“This is just a plan they hatched to implicate the opposition … they know the real killers,” Ssenyonyi said.

Riding on his youthful energy and his fame, 39-year-old Wine, who is also a pop star, has gathered a large youth following. Wine, whose real name is Robert Kyagulanyi, has presented a formidable challenge to Museveni and his ruling National Resistance Movement party.

Museveni, who has ruled Uganda since 1986, was ultimately declared winner of the election, although Wine rejected the results as fraudulent. The United States and other western countries said the poll lacked credibility. 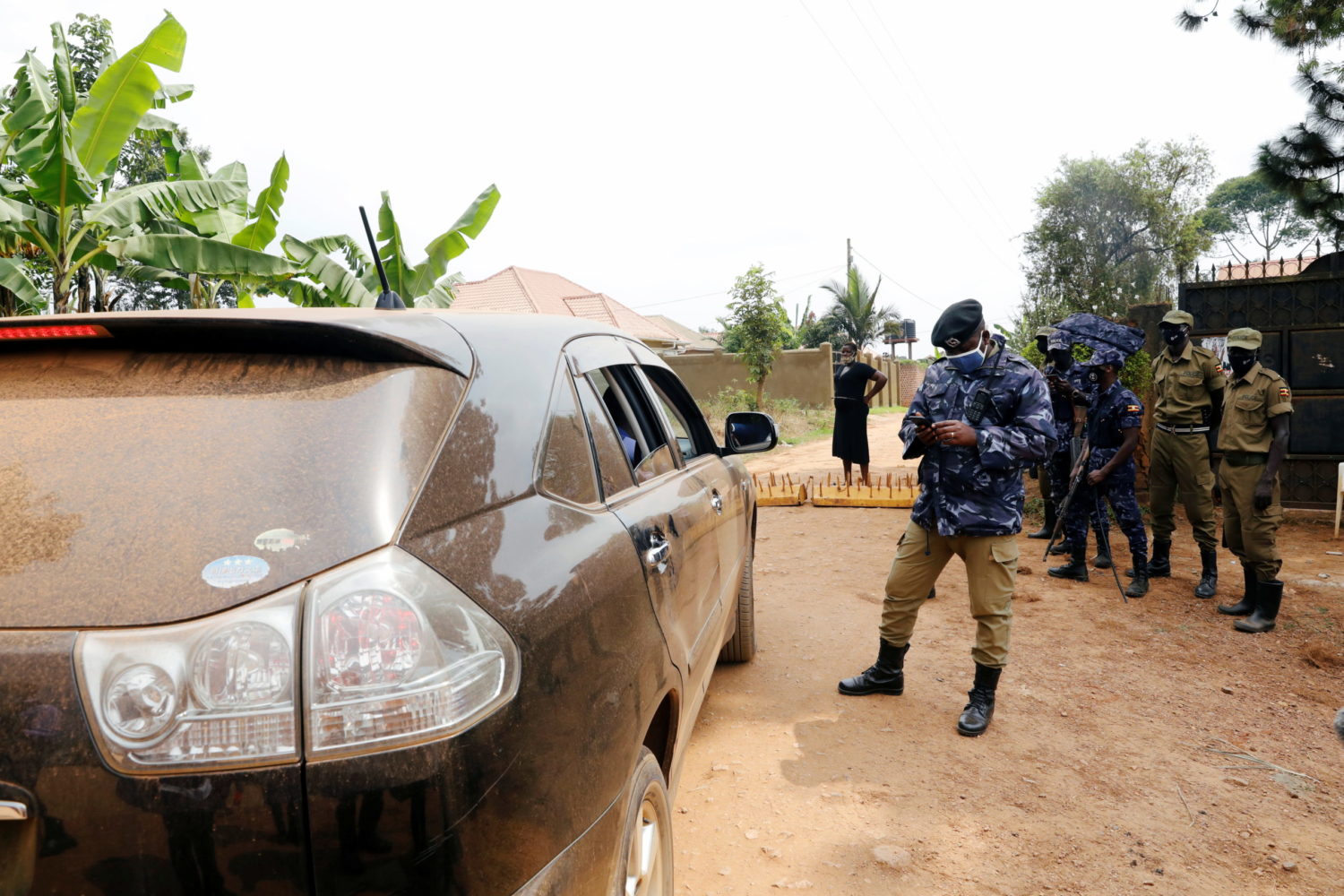 Wine, himself under house arrest, said party leaders were now on the run. “Our party office has been raided by the military and been cordoned off,” Wine told Reuters. “Everybody is being pursued.”

Police spokesman Patrick Onyango said the National Unity Platform (NUP) office had been cordoned off for security reasons, but he gave no more details and did not say if troops had entered the premises.

Wine, whose real name is Robert Kyagulanyi, said later on Twitter that the U.S. ambassador to Uganda was sent away from his gate after she tried to visit him. There was no immediate comment from the U.S. Embassy on the planned visit.

The electoral commission declared incumbent Museveni the winner of the Jan. 14 election on Saturday, triggering protests in two areas. Wine, a former pop star-turned-legislator, came second and accused Museveni of winning by fraud.

In the election, where voters were also choosing members of parliament, Wine’s NUP won 61 seats. Five other opposition parties won 48 seats, giving opposition lawmakers in the next House 109 in total, a government statement said on Monday. The ruling party won 316 seats.

Wine had appealed to youth to vote out Museveni, a 76-year-old in power since 1986. Wine’s songs have frequently criticized Museveni for corruption and nepotism, accusations he denies.

Museveni, one of Africa’s longest-ruling leaders, has dismissed the allegations of fraud and said the election may turn out to be the “most cheating-free” in Ugandan history.

“They don’t want work to continue at our offices because they know that we are putting together evidence to show the world how much of a fraudster Museveni is.”

The campaign and election were marked by a deadly crackdown by security forces on opposition supporters and an internet shutdown. In one week of protests in November, at least 54 people died.

The government said opposition members and their supporters had been breaking public order laws and COVID-19 restrictions on gatherings. On Monday the government started to partially restore internet access.

The United States and Britain have called for investigations into reports of fraud and other election issues.

Wine called for the military to release him from house arrest, saying his home was not a legally recognized detention center. He accused soldiers of assaulting his wife when she went into their garden.

“The soldiers were pulling her by the breasts,” he said, adding that the incident was filmed on video and she would share it when social media services were restored.

Military spokeswoman Brigadier Flavia Byekwaso said she was unaware of the incident.

The law gives petitioners 20 days after results are declared to challenge them in the Supreme Court. Wine said he wanted to meet with his party to decide on a strategy that could include peaceful protests.

But the military has surrounded Wine’s home in Kampala since Thursday, saying it is for his own safety.

Wine’s lawyers were denied access on Monday. One legislator for Wine’s party said he was beaten up by security forces when he tried to enter this weekend.

The NUP’s Ssenyonyi said such attacks, including on the party’s polling agents, were being carried out to cripple the court challenge.

In a surprise speech to the National Jubilee Prayers in Namboole, Uganda, President Yoweri Museveni repented of his personal sins and the sins of the nation.

“I stand here today to close the evil past and especially in the last 50 years of our national leadership history and at the threshold of a new dispensation in the life of this nation,” Museveni said. “ I stand here on my own behalf and on behalf of my predecessors to repent. We ask for your forgiveness.” END_OF_DOCUMENT_TOKEN_TO_BE_REPLACED