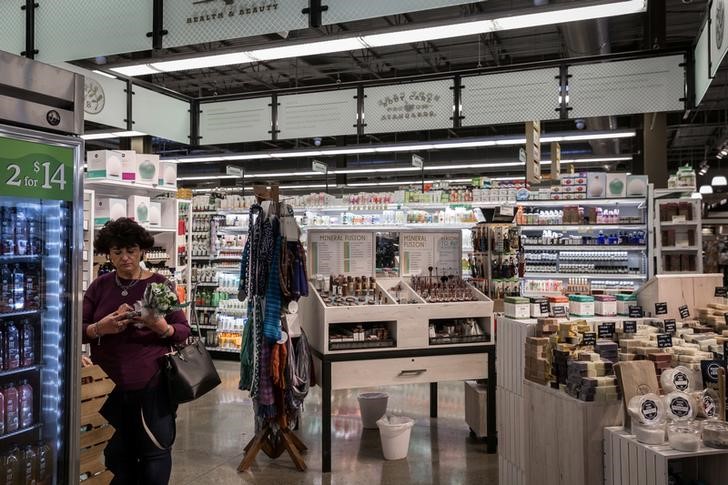 WASHINGTON (Reuters) – U.S. consumer prices rose marginally in May amid a slowdown in increases in the cost of gasoline and the underlying trend continued to suggest moderate inflation in the economy.

The Labor Department’s inflation report was published ahead of the start of the Federal Reserve’s two-day policy meeting on Tuesday. Steadily rising inflation and a tightening labor market are expected to encourage the U.S. central bank to raise interest rates for a second time this year on Wednesday.

The Consumer Price Index increased 0.2 percent last month, also as food prices were unchanged. That followed a similar gain in the CPI in April. In the 12 months through May, the CPI increased 2.8 percent, the biggest advance since February 2012, after rising 2.5 percent in April.

Excluding the volatile food and energy components, the CPI rose 0.2 percent, supported by a rebound in new motor vehicle prices and a pickup in the cost of healthcare, after edging up 0.1 percent in April. That lifted the year-on-year increase in the so-called core CPI to 2.2 percent, the largest rise since February 2017, from 2.1 percent in April.

Annual inflation measures are rising as last year’s weak readings fall from the calculation. Last month’s increase in both the CPI and core CPI was in line with economists’ expectations.

The Fed tracks a different inflation measure, which is just below its 2 percent target. Economists are divided on whether policymakers will signal one or two more rate hikes in their statement accompanying the rate decision on Wednesday.

The dollar held gains versus a basket of currencies immediately after the data before falling to trade slightly lower. U.S. Treasury yields were trading lower while U.S. stock index futures were slightly higher.

Economists expect the core PCE price index will breach its 2 percent target this year. Fed officials have indicated they would not be too concerned with inflation overshooting the target.

Last month, gasoline prices increased 1.7 percent after surging 3.0 percent in April. Food prices were unchanged in May after rising 0.3 percent in the prior month. Food consumed at home fell 0.2 percent amid declines in the cost of meat, eggs, fruits and vegetables.

Owners’ equivalent rent of primary residence, which is what a homeowner would pay to rent or receive from renting a home, rose 0.3 percent in May after a similar gain in April.

Prices for used cars and trucks fell 0.9 percent after tumbling 1.6 percent in April. Airline fares declined 1.9 percent in May after dropping 2.7 percent in the prior month. Prices for apparel and recreation were unchanged in May.