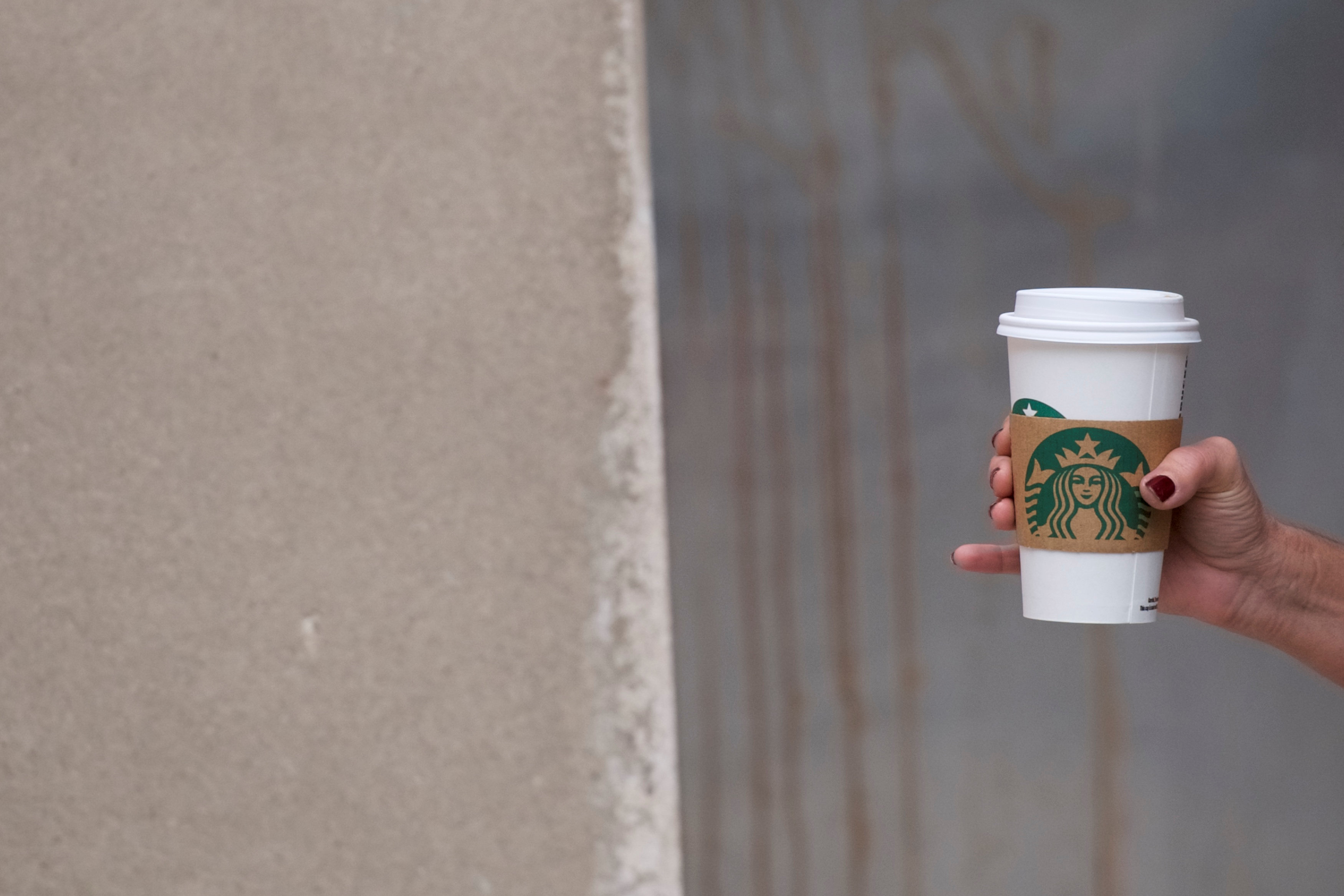 (Reuters) – Starbucks Corp appealed to customers for forgiveness in a controversy over racial profiling on Tuesday, saying its behavior toward two black men last month had been reprehensible as it closed 8,000 U.S. stores for anti-bias training.

The company settled privately with the two men after a Philadelphia cafe manager’s call to police resulted in their arrests on April 12. It was closing 8,000 company-owned American stores at around 2 p.m. local time on Tuesday as a first step in training 175,000 employees on racial tolerance.

Analysts expect the closures, coming during the typically slow afternoon hours, would cost Starbucks $5 million to $7 million in lost business. Some 6,000 licensed Starbucks cafes will remain open in locations such as grocery stores and airports, and those employees will be trained later.

The Philadelphia arrests sparked protests and accusations of racial profiling at the coffee chain, which is known for its liberal stances on social issues such as same-sex marriage.

Starbucks Executive Chairman Howard Schultz, who crafted the chain’s culture in his decades as chief executive officer, in an open letter called the manager’s 911 emergency call and the subsequent arrests by police “reprehensible.”

“We determined that insufficient support and training, a company policy that defined customers as paying patrons—versus anyone who enters a store—and bias led to the decision to call the police,” he said.

On Tuesday JAB Holdings, the private investment company of Germany’s billionaire Reimann family, said it bought a majority stake in British sandwich and coffee shop chain Pret A Manger for $2 billion, expanding its reach into the coffee sector, where it also battles Nescafe and Nespresso maker Nestle.

Civil rights leaders advising Starbucks on its anti-bias training hope it will reinvigorate decades-old efforts to ensure minorities get equal treatment in restaurants and stores, setting an example for other corporations.

The move has renewed speculation that Schultz is paving the way for a U.S. presidential bid, something he has repeatedly denied. But he appeared to be more open to the idea of political office in an interview with CNN on Tuesday.

“I want to be as involved as I possibly can as a citizen to help the country,” he said. “I don’t know what that’s going to mean in the future.”

(Reporting by Lisa Baertlein in Los Angeles and Aishwarya Venugopal in Bengaluru; editing by Patrick Graham and Jonathan Oatis) 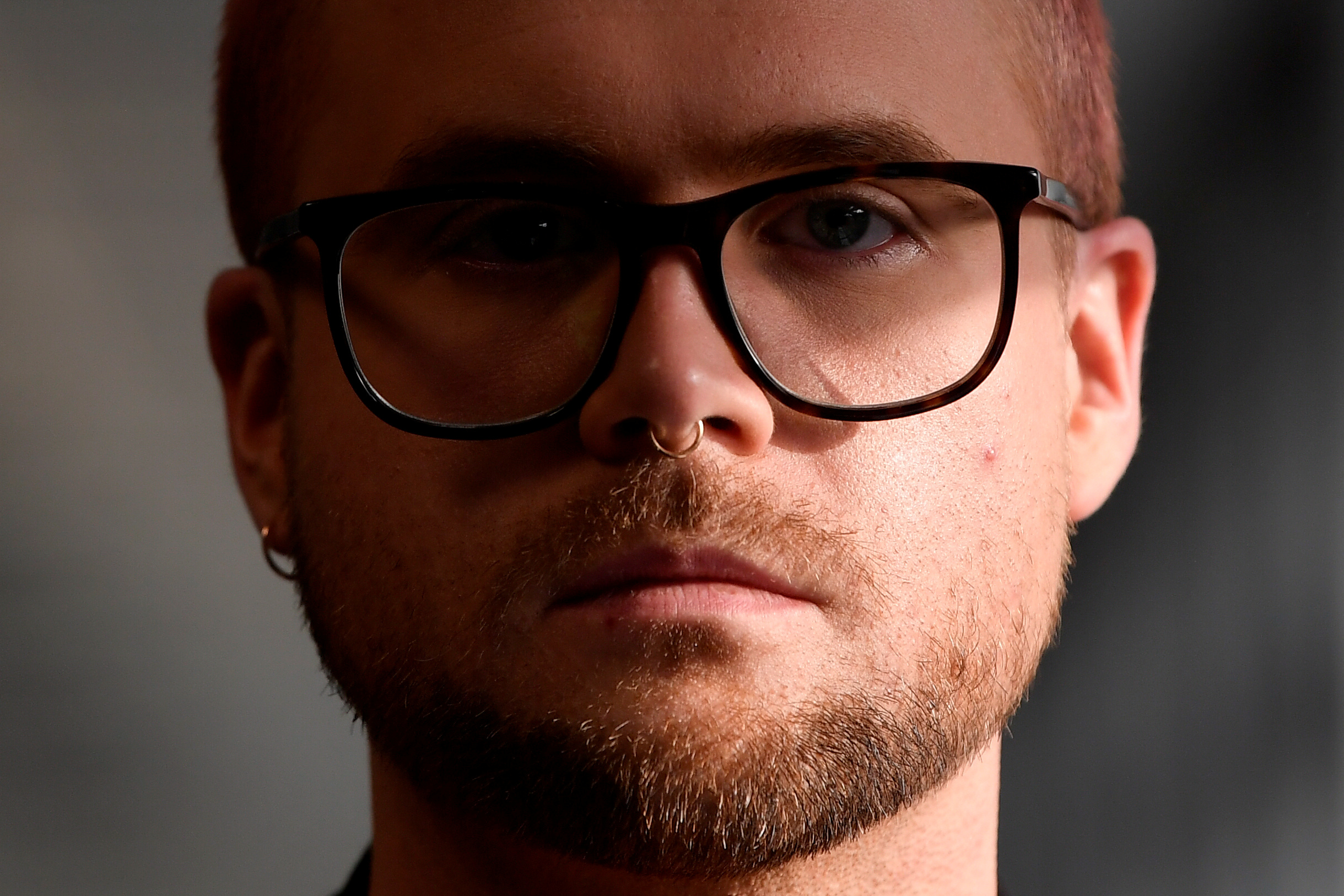 By Alistair Smout and Costas Pitas

LONDON (Reuters) – A scandal engulfing Facebook over the use of its data by political consultants widened on Tuesday when a whistleblower said Canadian company Aggregate IQ had developed a program to target Republican voters in the 2016 U.S. election.

Wylie was giving evidence to a British parliamentary committee over the scandal, minutes after Facebook CEO Mark Zuckerberg declined to appear before the legislators to discuss what went wrong.

The head of the committee called Zuckerberg’s decision “astonishing” and urged him to think again.

CNN said Zuckerberg had decided to testify before the U.S. Congress.

The revelations around Facebook data have hammered the stock price of the world’s biggest social network and raised investor concerns that any failure by big tech companies to protect privacy could deter advertisers and lead to tougher regulation.

“There’s now tangible proof in the public domain that AIQ actually built Ripon, which is the software that utilized the algorithms from the Facebook data,” Wylie told the British Parliament’s Digital, Culture, Media and Sport Committee.

Facebook is facing intense scrutiny after Wylie’s revelations about improper use of personal data and the role that could have played in the 2016 U.S. election.

Zuckerberg apologized last week for the mistakes Facebook had made and promised tougher steps to restrict third-party access to such information.

Ripon, the Wisconsin town where the Republican Party was founded in 1854, was the name given to a tool that let a campaign manage its voter database, target specific voters, conduct canvassing, manage fundraising and carry out surveys.

AggregateIQ did not immediately respond to a request for comment on the remarks. The company previously told Reuters that it had never been and is not a part of Cambridge Analytica nor ever entered into a contract with Cambridge Analytica.

Cambridge Analytica said it had not shared any of the Facebook profile data with AggregateIQ.

The Canadian federal agency charged with protecting privacy rights of individuals said on Tuesday that it has contacted its counterpart in British Columbia to discuss the provincial office’s review of AggregateIQ.

With the scandal around Facebook widening, Britain’s cross-party media committee had invited Zuckerberg to parliament to explain how personal data had ended up in the hands of Cambridge Analytica, the London-based political consultancy which was working on the Trump campaign.

The company said he had asked one of his deputies to attend the hearing in London, suggesting that Chief Technology Officer Mike Schroepfer or Chief Product Officer Chris Cox had the expertise to answer questions on the complex subject.

“These issues must be addressed at the most senior levels of the company by those in an authoritative position,” wrote Rebecca Stimson, head of public policy, Facebook UK. 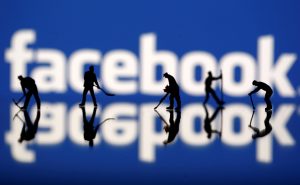 Figurines are seen in front of the Facebook logo in this illustration taken March 20, 2018. REUTERS/Dado Ruvic

“As such Mr Zuckerberg has personally asked one of his deputies to make themselves available to give evidence in person to the committee.”

Damian Collins, the head of Britain’s media committee, asked the company to rethink. “Given the extraordinary evidence that we’ve heard so far today… it is absolutely astonishing that Mark Zuckerberg is not prepared to submit himself to questioning,” he said.

Wylie was also quizzed on the use of data in the 2016 Brexit referendum, which has become a hot topic in Britain.

Whistleblowers have has said the main campaign for leaving the EU broke the law on spending limits by spending money with another Brexit campaign group that it was closely affiliated with, a claim denied by senior Brexit campaigners.