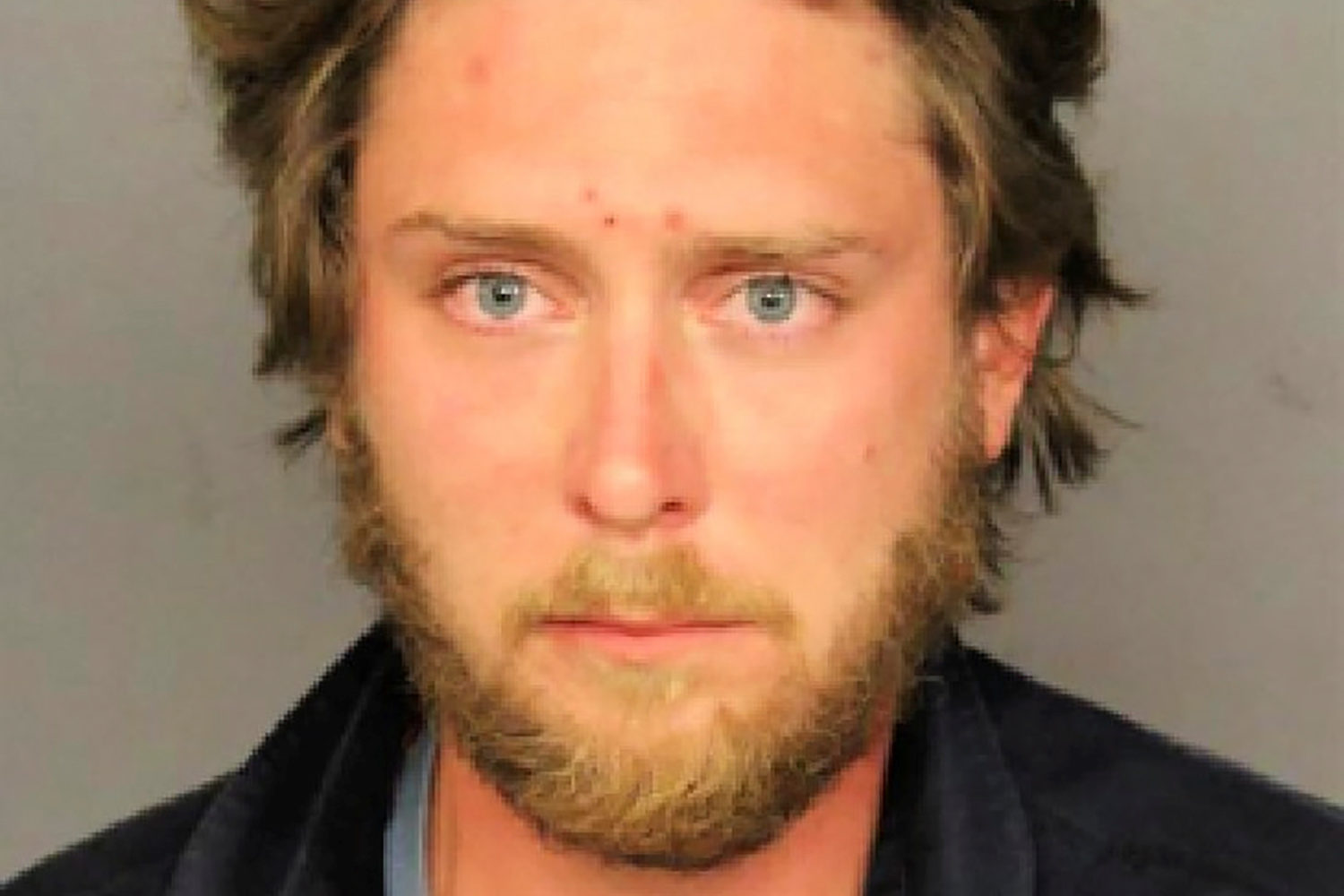 DENVER (Reuters) – A security guard hired to protect a Denver television news crew covering opposing rallies of right-wing and left-wing political activists is being held in custody on suspicion of first-degree murder in the fatal shooting of a protester, police said on Sunday.

The deadly gunfire erupted on Saturday following a “verbal altercation” between the suspect and victim just as a “Patriot Rally” and a counter-demonstration dubbed a “BLM-Antifa Soup Drive” was drawing to a close, Denver Police division chief Joe Montoya said.

The suspected gunman, identified by police as Matthew Dolloff, 30, was arrested just after the shooting, which occurred in a courtyard outside an art museum, but he has not been formally charged, Montoya said.

The man shot to death was not immediately named by authorities, but the Denver Post identified him, according to the victim’s son, as Lee Keltner, 49, a Navy veteran who ran a hat-making business in the Denver area for many years.

Denver station KUSA-TV, an NBC affiliate, said in its own account posted online that Dolloff was contracted by KUSA through the Pinkerton security agency, and that one of the station’s news producers was with Dolloff during the altercation.

Pinkerton did not immediately respond to an email request for comment.

Denver police tweeted on Sunday they are unaware if Dolloff was affiliated with any political group but said he was not a protest participant.

An image of the incident captured by Denver Post photographer Helen Richardson showed a man spraying a chemical agent at another man pointing a handgun in his direction. Montoya said two guns were recovered from the scene.

Richardson said on Instagram that the shooting victim, who she said was with the patriot rally, and the other man “exchanged heated words” before violence ensued.

The “patriot hit the man in the face, then backed up to spray what looked like pepper spray at him,” Richardson wrote. “Literally in that split second the man who had gotten hit by the patriot pulled out a gun from his waistband and shot the patriot.”

By all accounts, nobody from the side of the Black Lives Matter and anti-fascist counter-rally was directly involved in the deadly confrontation.

Dolloff made his first court appearance on Sunday, where a magistrate judge ordered the arrest warrant affidavit sealed and ruled that the suspect be held without bond, local media reported.

(Reporting by Keith Coffman in Denver; Editing by Steve Gorman and Michael Perry) 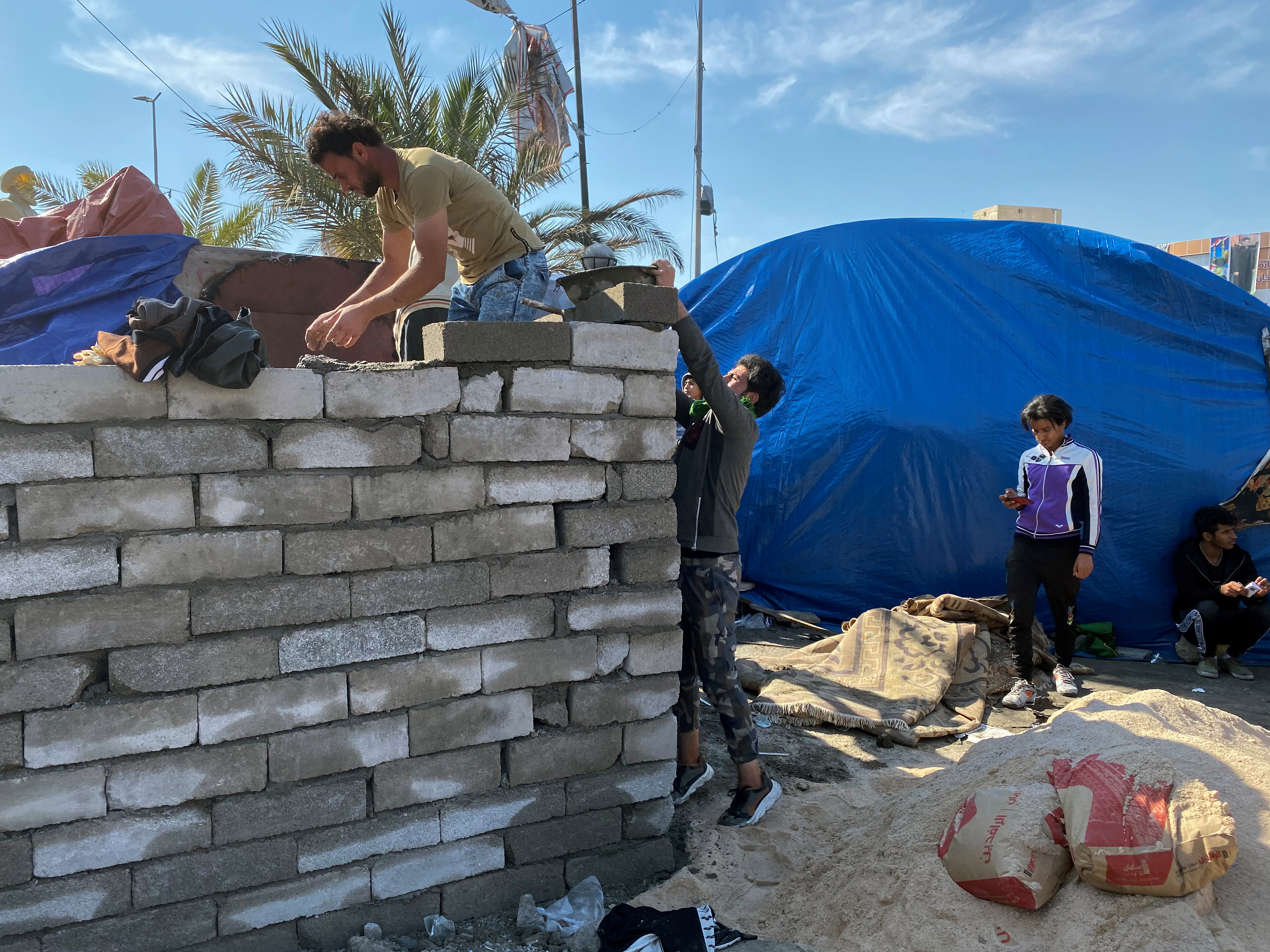 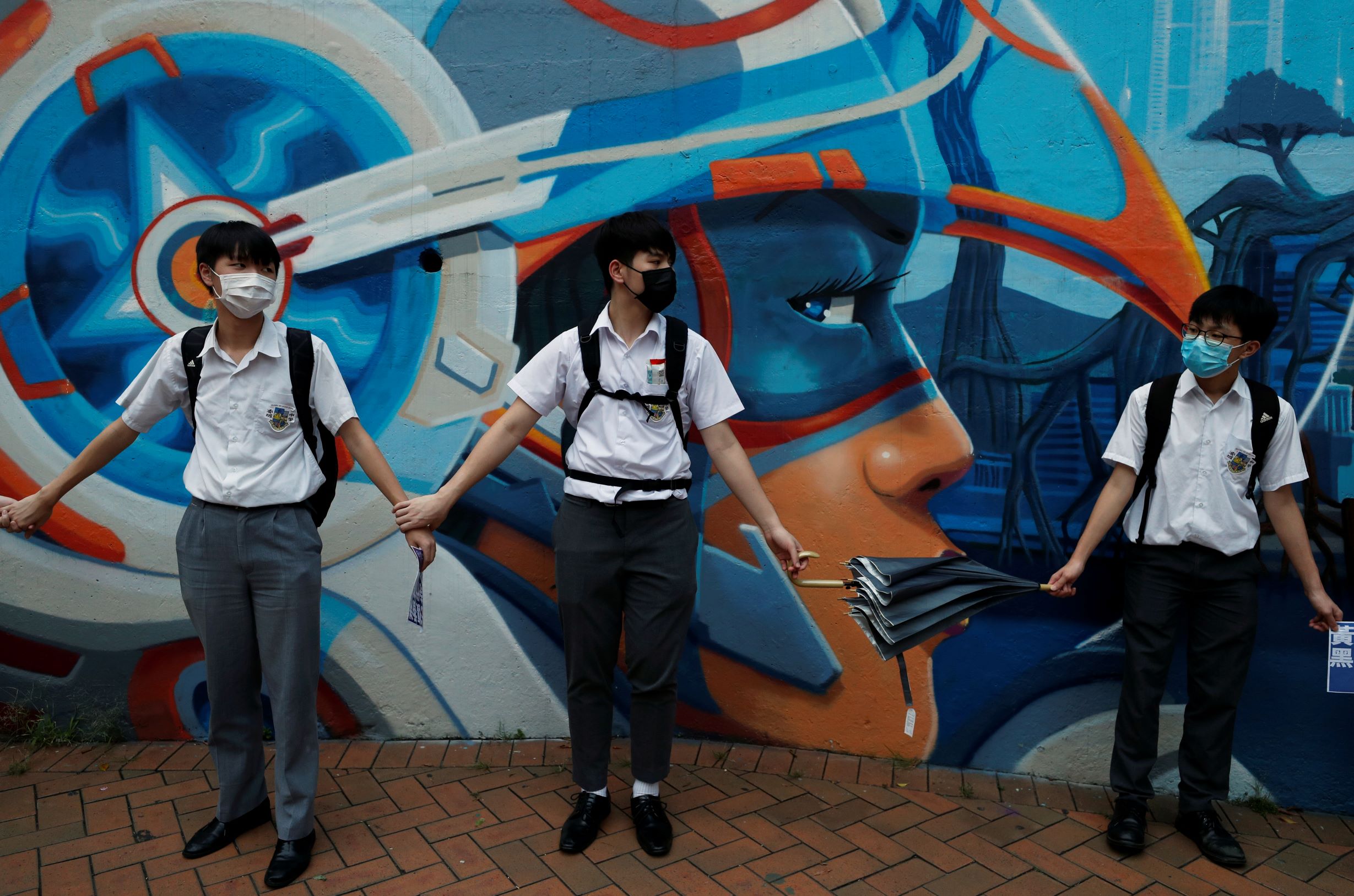 By Felix Tam and James Pomfret

HONG KONG (Reuters) – Hong Kong protesters chanting anti-government slogans trapped city leader Carrie Lam in a stadium for hours on Thursday after she held her first “open dialogue” with the people in a bid to end more than three months of often violent unrest.

Activists blocked roads and stood their ground despite police warnings, before beginning to disperse. More than four hours after the talks had ended, a convoy carrying Lam and other senior officials left the building under police guard.

Inside the British colonial-era Queen Elizabeth Stadium, residents had earlier chastised Lam, accusing her of ignoring the public and exacerbating a crisis that has no end in sight.

She had begun by saying her administration bore the heaviest responsibility for resolving the crisis.

“The whole storm was caused by the extradition bill initiated by the government,” Lam said. “If we want to walk away from the difficulty and find a way out, the government has to take the biggest responsibility to do so.”

Protests over the now-shelved extradition bill that would have allowed criminal suspects to be sent to mainland China for trial have evolved into broader calls for full democracy, in a stark challenge to China’s Communist Party leaders.

The demonstrations resumed after the dialogue session was over, with activists blocking roads around the stadium with iron railings and other debris.

The unrest followed an event that had been notable for not being the whitewash many predicted, with Lam directly facing off with an often critical and hostile audience, still aggrieved at the havoc they blame on the Beijing-backed leader and her team.

Protesters are angry about what they see as creeping Chinese interference in Hong Kong, which returned to China in 1997 under a “one country, two systems” formula intended to guarantee freedoms that are not enjoyed on the mainland.

Police warned that they would use force but did not intervene.

The event saw Lam holding talks with 150 members of the community.

Speakers criticizing her for curbing electoral freedoms, ignoring public opinion and refusing to allow an independent inquiry into allegations of police brutality. Several called on Lam to resign, saying she was no longer fit to lead.

Lam listened, taking notes, before responding on occasion. She appealed for people to give her government a chance while emphasizing Hong Kong still had a bright future and a strong rule of law.

“I hope you all understand that we still care about Hong Kong society. Our heart still exists,” she said. “We will maintain our care for this society.”

She stressed again, however, that she saw no need at the moment for an independent inquiry, with an existing police complaint mechanism sufficient to meet public concerns.

She also reiterated there was no way she could bow to the demand for charges against those arrested for rioting to be dropped.

“I am not shirking responsibility, but Hong Kong really needs to calm down,” she said. “We have to stop sudden violence breaking out… Violation of the law will result in consequences we have to bear.”

She also conceded limits to what she could do.

“There are some things that me and my colleagues cannot influence in society … but the dialogue will continue.”

China says it is committed to the “one country, two systems” arrangement and denies meddling. It has accused foreign governments, including the United States and Britain, of inciting the unrest.

City rail services resumed on Thursday after being halted on Wednesday night at Sha Tin station, where protesters vandalized fittings for the second time this week.

Rail operator MTR has at times suspended city rail services during the protests, preventing some demonstrators from gathering and thus making it a target of attack, with protesters vandalizing stations and setting fires near some exits.

When violence has flared, police have responded with tear gas, water cannon and rubber bullets.

Hong Kong is on edge ahead of the 70th anniversary of the founding of the People’s Republic of China on Oct. 1, with authorities eager to avoid scenes that could embarrass the central government in Beijing. Activists have planned a whole host of protests on the day.

The Asian financial hub also marks the fifth anniversary this weekend of the start of the “Umbrella” protests, a series of pro-democracy demonstrations in 2014 that failed to wrest concessions from Beijing. 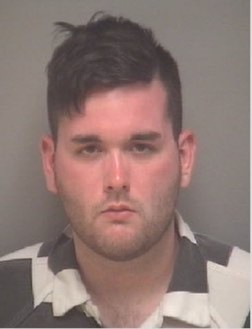 CHARLOTTESVILLE, Va. (Reuters) – A Virginia state judge on Monday sentenced a self-professed neo-Nazi to a second life prison term for killing a demonstrator when he drove his car into a crowd protesting against white supremacists in Charlottesville two years ago.

Charlottesville Circuit Court Judge Richard Moore sentenced James Fields, 22, to life plus 419 years, as recommended by the jury that found him guilty last December of murder plus eight counts of malicious wounding and a hit-and-run offense.

“Mr. Fields, you deserve the sentence the jury gave. What you did was an act of terror,” Moore said.

Fields, a resident of Maumee, Ohio, who appeared in court on Monday in striped prison garb, had already received a separate life sentence without the possibility of parole after pleading guilty in March to federal hate-crime charges stemming from the violence in Charlottesville on Aug. 12, 2017.

Heather Heyer, 32, one of the counter-demonstrators, was killed in the attack, which also injured many others.

Heyer’s mother, Susan Bro, said in a statement read in court on Monday that she hoped Fields finds reclamation in prison. &ldquo;But I also hope he never sees the light of day outside of prison,&rdquo; she said.

Statements by several victims were also read in court.

The deadly car-ramming capped a day of tension and physical clashes between hundreds of white nationalists and neo-Nazis who had gathered in Charlottesville for a “Unite the Right” rally, and groups of demonstrators opposed to them.

By the time of the car attack, police had already declared an unlawful assembly and cleared a city park of the white nationalists, who were there to protest removal of statues commemorating two Confederate generals of the U.S. Civil War.

The night before, “Unite the Right” protesters had staged a torch-lit march through the nearby University of Virginia campus chanting racist and anti-Semitic slogans.

The events proved a turning point in the rise of the “alt-right,” a loose alignment of fringe groups centered on white nationalism and emboldened by President Donald Trump’s 2016 election. Trump was strongly criticized by fellow Republicans and by Democrats for saying after Charlottesville that “both sides” were to blame for the violence.

During the state court trial, Fields’ lawyers never disputed that Fields was behind the wheel of the Dodge Charger that sent bodies flying when the vehicle slammed into Heyer and about 30 other people. Instead, the defense suggested that Fields felt intimidated by the hostile crowds.

Prosecutors countered that Fields was motivated by hatred and had come to the rally to harm others. The defendant, who has identified himself as a neo-Nazi, was photographed hours before the car attack carrying a shield with an emblem of a far-right hate group.

Less than a month before the events in Charlottesville, he had posted an image on Instagram showing a car plowing through a crowd of people captioned: “You have the right to protest but I’m late for work.”