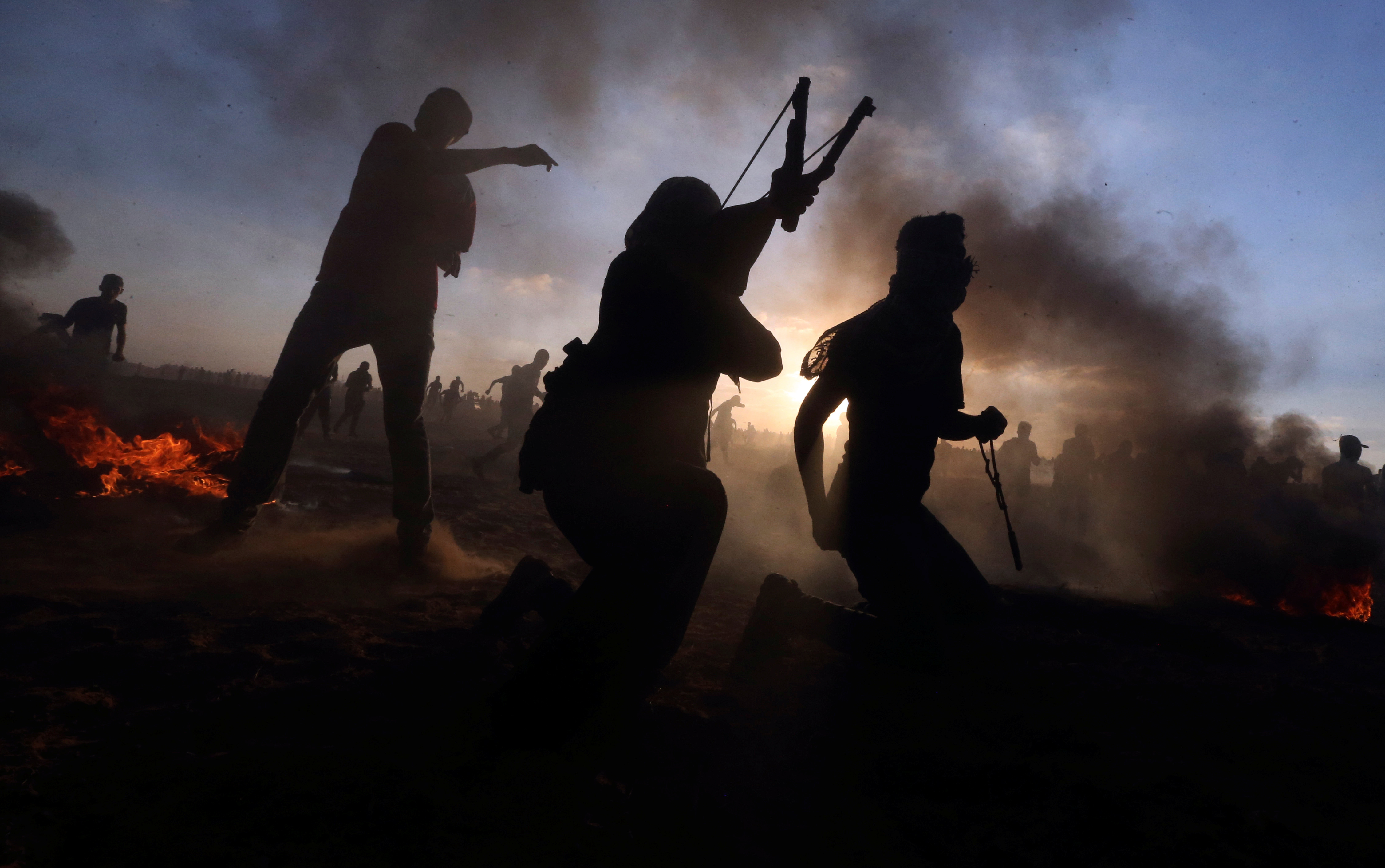 GAZA (Reuters) – One Palestinian was killed and dozens other wounded when Israeli forces opened fire during a weekly demonstration near the Israel-Gaza border on Friday, Gaza’s Health Ministry said.

The Israeli army said soldiers had come under attack by Palestinians who hurled grenades, explosive devices, burning tyres and rocks at them and the border fence.

The soldiers, the military said, responded with “riot dispersal means” and fired “in accordance with standard operating procedures”. 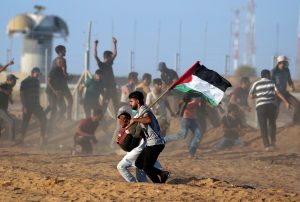 A wounded Palestinian is evacuated during a protest calling for lifting the Israeli blockade on Gaza and demanding the right to return to their homeland, at the Israel-Gaza border fence, in the southern Gaza Strip September 21, 2018. REUTERS/Ibraheem Abu Mustafa

It said an Israeli aircraft also carried out strikes in Gaza. A position belonging to the Hamas Islamist group that runs the Gaza Strip was hit, according to witnesses.

Gaza’s Health Ministry spokesman said one Palestinian was killed and 54 others were wounded by live fire.

One Israeli soldier was lightly wounded, the army said.

Since Gazans began holding weekly border protests on March 30, the Israeli army has killed 183 Palestinians and wounded thousands. A Gaza sniper has killed an Israeli soldier.