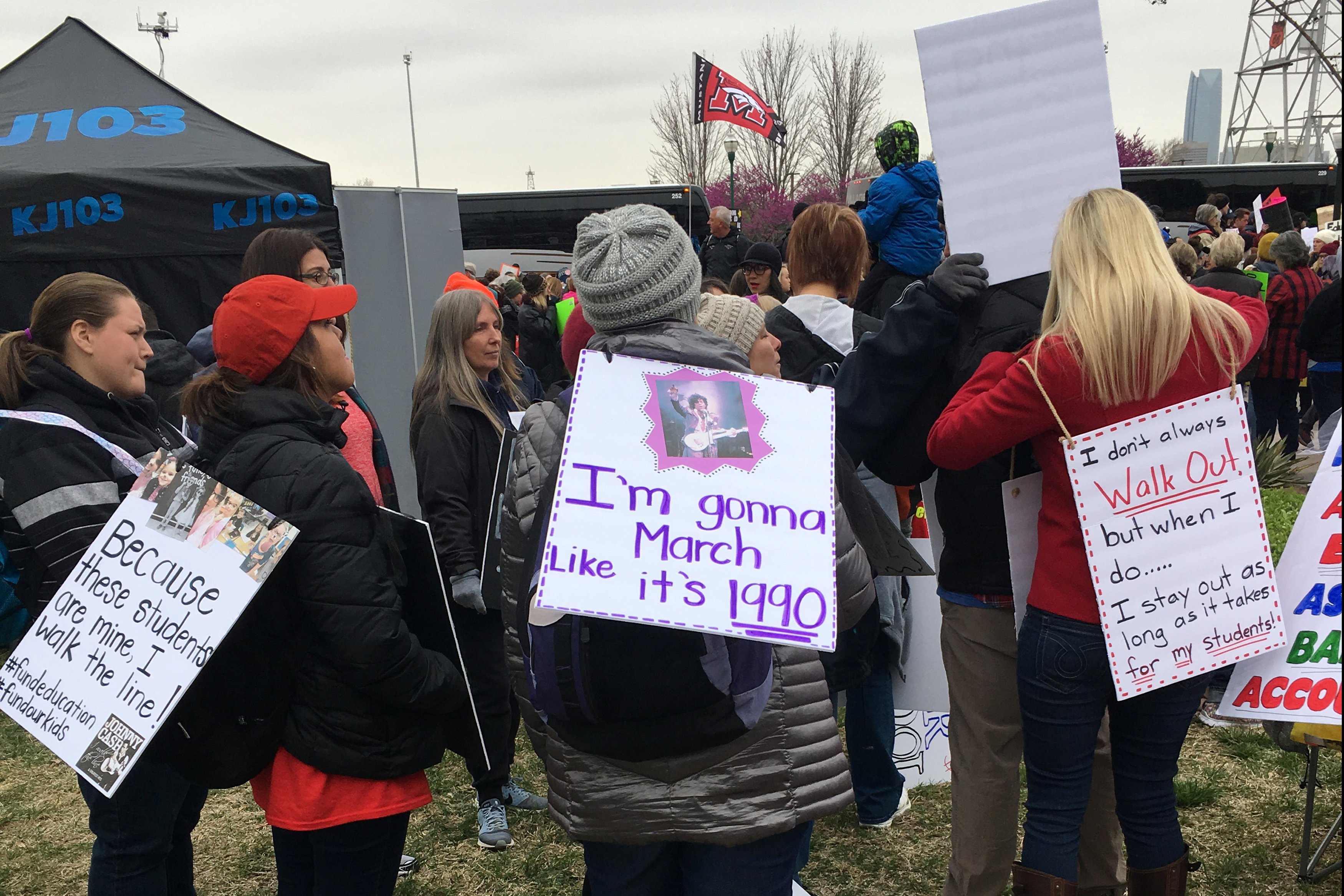 OKLAHOMA CITY (Reuters) – Thousands of Oklahoma school teachers, including those in the state’s two biggest cities, were expected to return to picket lines on Tuesday for the second day of strikes demanding state lawmakers do more to shore up public education spending.

A walkout by more than 30,000 educators in Oklahoma, whose teachers rank among the lowest-paid in the United States, forced the cancellation of classes for some 500,000 of the state’s 700,000 public school students on Monday, union officials said.

Many of the striking teachers traveled by the busload to Oklahoma City for a mass rally on the capitol grounds before lobbying legislators in the halls of the statehouse. They vowed to continue their protests indefinitely.

“When our members believe the legislature has committed to funding our children’s future, they will return to the classroom,” the Oklahoma Education Association, the state’s biggest teachers union, said in a statement posted online.

Classes in about 200 of the state’s 584 school districts were disrupted by Monday’s walkout, according to the union.

Schools in the state’s two biggest cities, Tulsa and Oklahoma City, will remain closed on Tuesday as the walkout extends into a second day, union officials said. The Oklahoman newspaper listed more than two dozen districts expected to be shuttered for the day as well.

The job action reflected rising discontent with years of sluggish or declining public school spending in Oklahoma, which ranked 47th among all 50 states in per-student expenditures and 48th in average teacher salaries in 2016, according to the National Education Association.

The Oklahoma strikes on Monday coincided with a second day of walkouts by several thousand teachers in Kentucky after legislators there passed a bill imposing new limits on the state’s underfunding public employee pension system.

The protests come a month after teachers in West Virginia staged a series of strikes for nearly two weeks before winning a pay raise. Teachers in Arizona also rallied last week for more educational funding.

Educators say years of austerity in many states have led to wage stagnation and the hollowing-out of school systems. West Virginia, Kentucky and Oklahoma all have Republican governors and Republican-controlled legislatures that have resisted tax increases.

But teachers, some of whom have complained of having to work second jobs to make ends meet, said the package fell short and demanded lawmakers go further by reversing spending cuts that have forced some districts to impose four-day school weeks.