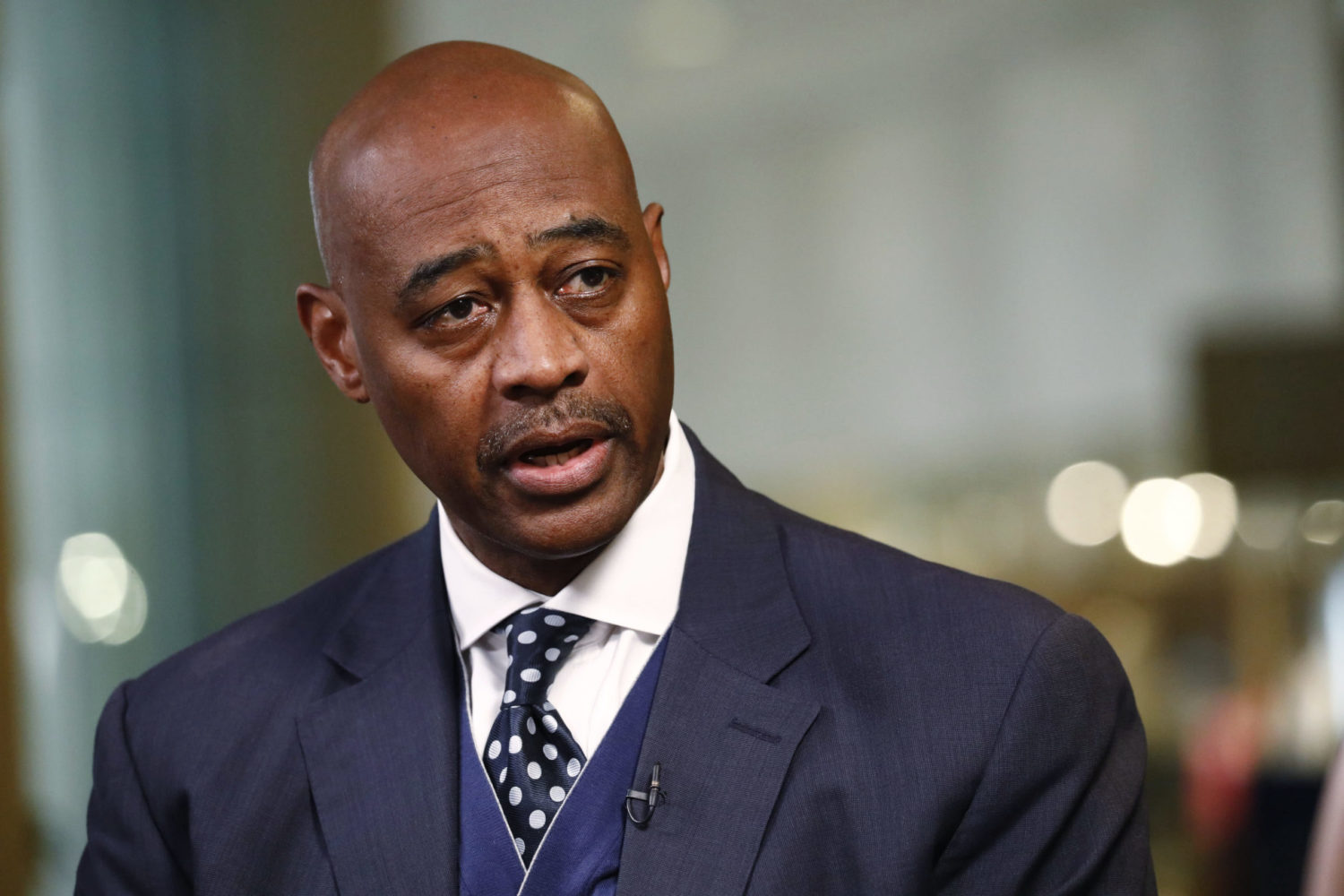 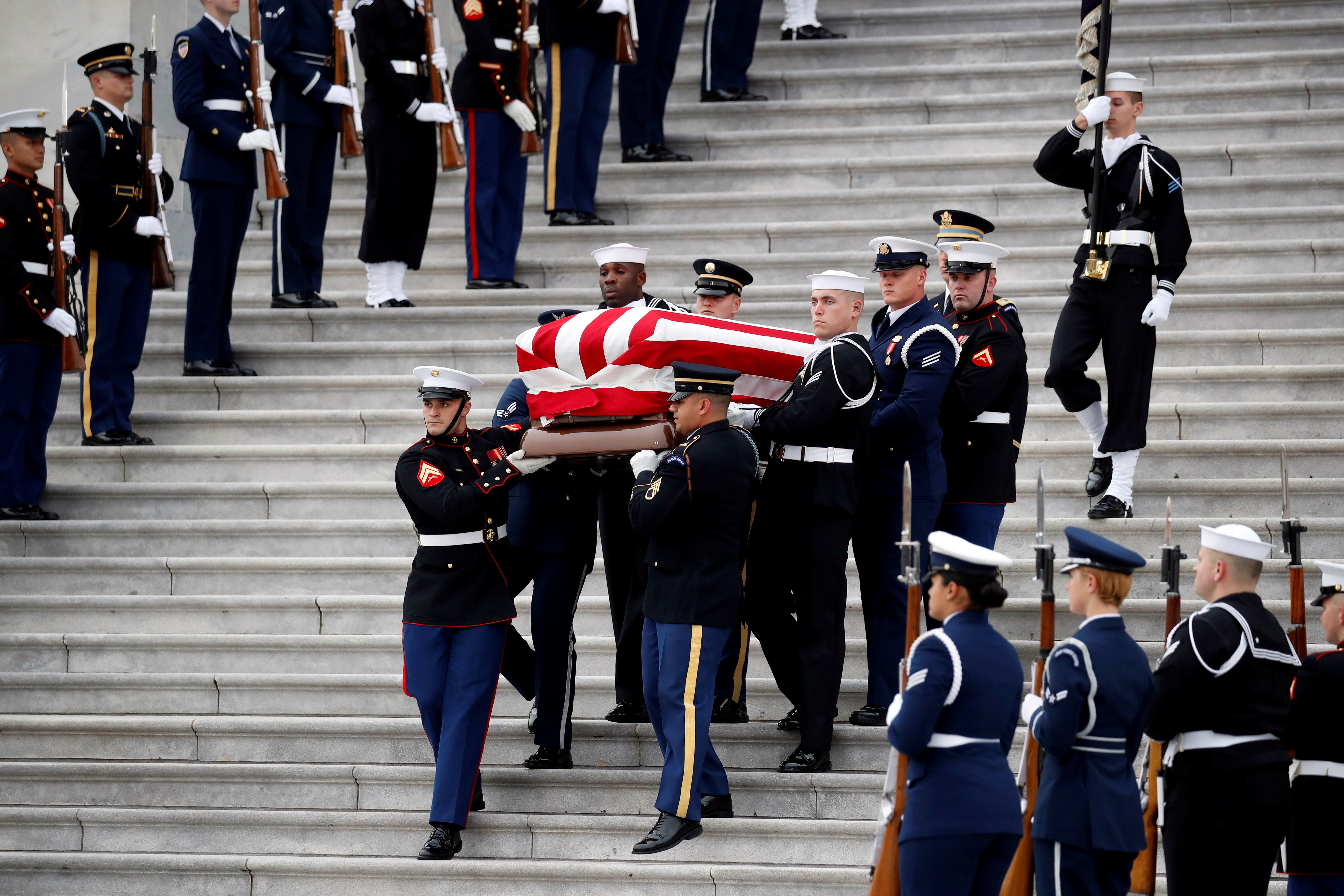 WASHINGTON (Reuters) – Former President George H.W. Bush’s full life and decades of public service will be celebrated on Wednesday at a funeral expected to be a remembrance of an era that many Americans recall as a time of less contentious politics.

An unusual bipartisan spirit will be on display at the service at the Washington National Cathedral, starting at 11 a.m. (1600 GMT), with both Republican and Democratic politicians gathering to hail the life of a president who called for a “kinder, gentler” nation. 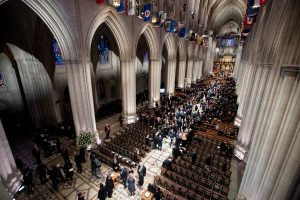 “You’ll see a lot of joy,” said Ron Kaufman, who was George H.W. Bush’s White House political director in his unsuccessful re-election campaign in 1992. “It’ll show the way of life that people took for granted in many ways and now kind of long for.”

Political feuds will be set aside in honor of the late president, a World War Two naval aviator who was shot down over the Pacific Ocean, a former head of the CIA and a commander-in-chief who defeated Iraqi forces in the 1991 Gulf War.

President Donald Trump will attend the service, along with his wife Melania Trump, but will not be a speaker.

Trump infuriated the late Bush in the past by attacking his sons, former President George W. Bush and Jeb Bush, one of Trump’s rivals in the 2016 Republican campaign.

“Looking forward to being with the Bush family. This is not a funeral, this is a day of celebration for a great man who has led a long and distinguished life. He will be missed!” Trump tweeted on Wednesday.

Jeb Bush, a former governor of Florida, told the Wall Street Journal’s CEO Council on Tuesday: “The president and first lady have been really gracious.”

Bush has been remembered as a patrician figure who represented a bygone era of civility in American politics, although he came across as out of touch with ordinary Americans as economic troubles bit hard in the early 1990s. 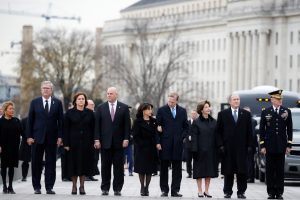 All surviving former U.S. presidents will be at the cathedral along with their wives: Barack and Michelle Obama, Bill and Hillary Clinton, and Jimmy and Rosalynn Carter. Bill Clinton defeated George H.W. Bush in 1992, but in the years after leaving office developed a strong friendship with him.

Attendees will include Britain’s Prince Charles and leaders of Germany, Jordan, Australia and Poland, along with a host of former world leaders, such as former British Prime Minister John Major, who was in office during Bush’s term.

Marlin Fitzwater, who was the late president’s White House press secretary, said the ceremony “will show a quality of gentility and kindness that he was noted for.”

Of Trump’s presence, Fitzwater said: “It’s important for our presidents to pay respect to each other and I’m glad President Trump will be there.”

Bush navigated the United States through the end of the Cold War and was president when the Berlin Wall fell in 1989.

He was dogged by domestic problems, including a sluggish

economy, and faced criticism for not doing enough to stem the tens of thousands of deaths from the AIDS virus ravaging America.

When he ran for re-election in 1992, he was pilloried by Democrats and many Republicans for violating his famous 1988 campaign promise: “Read my lips, no new taxes.” Democrat Bill Clinton coasted to victory.

Bush’s casket will be transported to the cathedral from the Capitol Rotunda, where the late president has lain in state since Monday night. Thousands of people have filed past to pay their respects, some getting a chance to see Sully, a service dog that was Bush’s friendly companion. 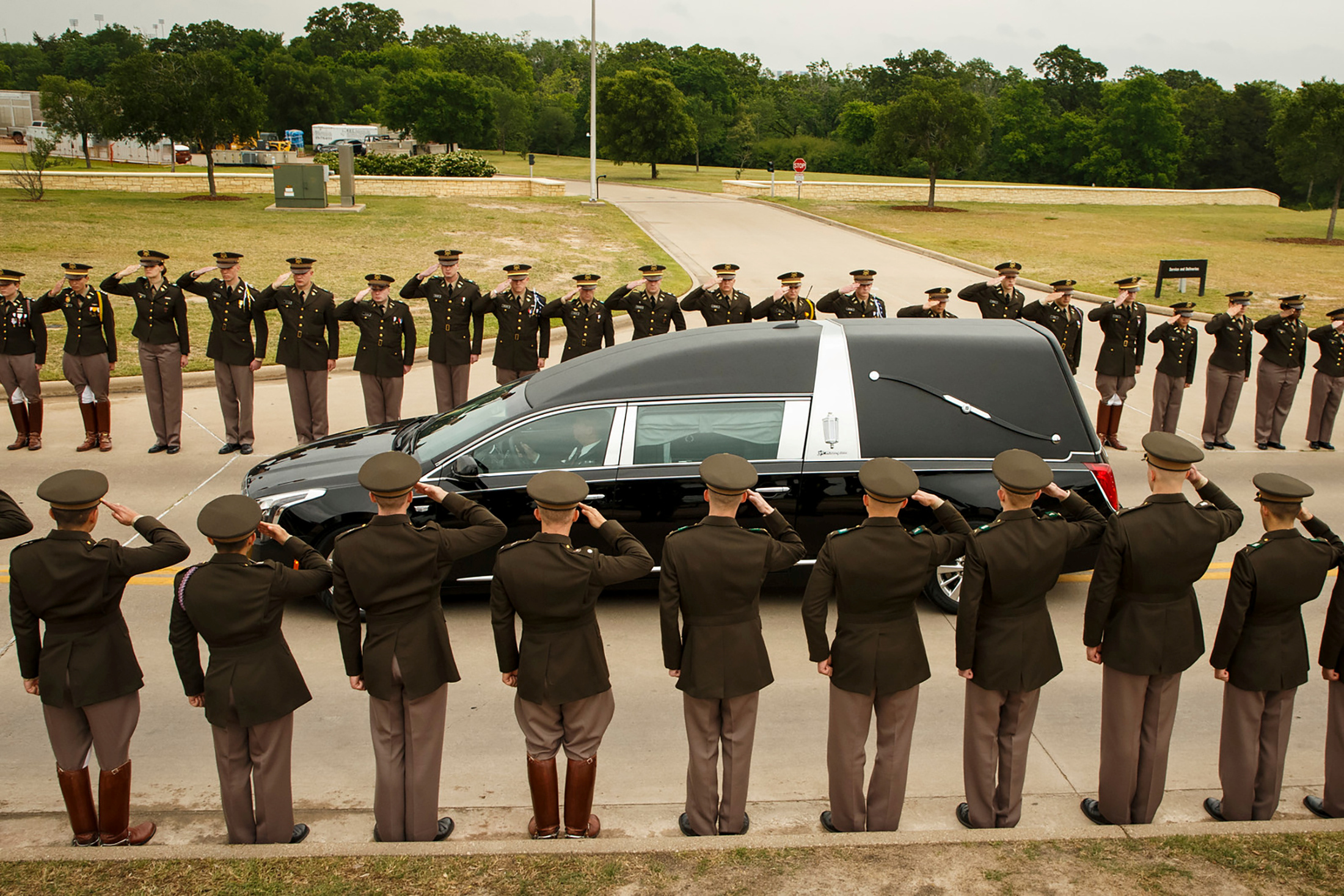 HOUSTON (Reuters) – Former first lady Barbara Bush was remembered at her funeral on Saturday as a formidable but caring figure whose devotion to her family was matched only by her commitment to public service. 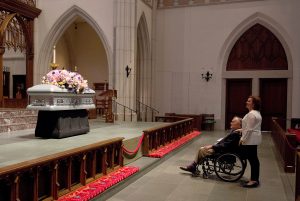 “She was our teacher and role model in how to live a life of purpose and meaning,” one of her four sons, former Florida governor and 2016 presidential candidate Jeb Bush, told the crowded Houston church.

He then drew laughs with a nod to Bush’s famously sharp tongue: “She called her style a benevolent dictatorship, but honestly, it wasn’t all that benevolent.”

Some 1,500 mourners, including governors, senators and former U.S. presidents, gathered at a televised but invitation-only service at the church to pay tribute to the matriarch of one of the country’s most prominent political dynasties, who died on Tuesday at age 92.

Bush, the wife of the 41st president of the United States, George H.W. Bush, and the mother of the 43rd, George W. Bush, was lauded as an inspiration both to the country and her loved ones, a woman who leavened a strong sense of decency and honor with a self-deprecating wit she employed to great effect.

“She was candid and comforting, steadfast and straightforward, honest and loving,” said the historian and author Jon Meacham, who wrote a biography of George H.W. Bush and was one of three eulogists whom Barbara Bush herself selected before her death.

“Barbara Bush and George Bush put country above party, the common good above political gain and service to others above the settling of scores,” he said.

President Donald Trump, who clashed with the Bush family during his 2016 campaign, did not travel to Houston. The White House said this week he wanted to avoid disrupting the service with added security. 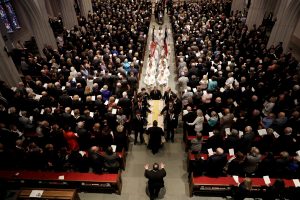 Former President Jimmy Carter was overseas and unable to attend.

Barbara Bush’s longtime friend, Susan Baker, the wife of former Secretary of State James Baker, described her in a eulogy as a “tough but loving enforcer” whose 73-year marriage to her husband was a real-life fairy tale.

George H.W. Bush would write a letter to his wife on each wedding anniversary, Jeb Bush said, before reading aloud one such letter from 1994, a year after his father left the White House.

“I was very happy on that day in 1945, but I’m even happier today,” he read, as his 93-year-old father squeezed his eyes shut and wept. “You have given me joy that few men know … I have climbed perhaps the highest mountain in the world, but even that cannot hold a candle to being Barbara’s husband.”

To honor his late wife’s commitment to literacy, the former president wore to the funeral a pair of colorful socks “festooned with books,” Bush spokesman Jim McGrath tweeted, adding that Barbara Bush had raised more than $100 million for the cause.

As the service ended, Bush’s grandsons bore her casket out of the church, with George W. Bush pushing his father in a wheelchair directly behind it.

Barbara Bush was buried on the grounds of the George H.W. Bush Library and Museum at Texas A&amp;M University in College Station, next to her daughter, Robin, who died of leukemia at the age of 3. The motorcade carrying her body traversed George Bush Drive and Barbara Bush Drive on its way there.

More than 700 Texas A&amp;M cadets lined the driveway to the presidential library grounds as the cortege passed, the Houston Chronicle reported. When the last vehicle entered the property, the gates were closed ahead of the private ceremony, the newspaper said.

Members of the public had a chance to pay their respects on Friday, when Bush lay in repose at the church. George H.W. Bush, seated in a wheelchair in front of the casket, greeted mourners in turn with a handshake.