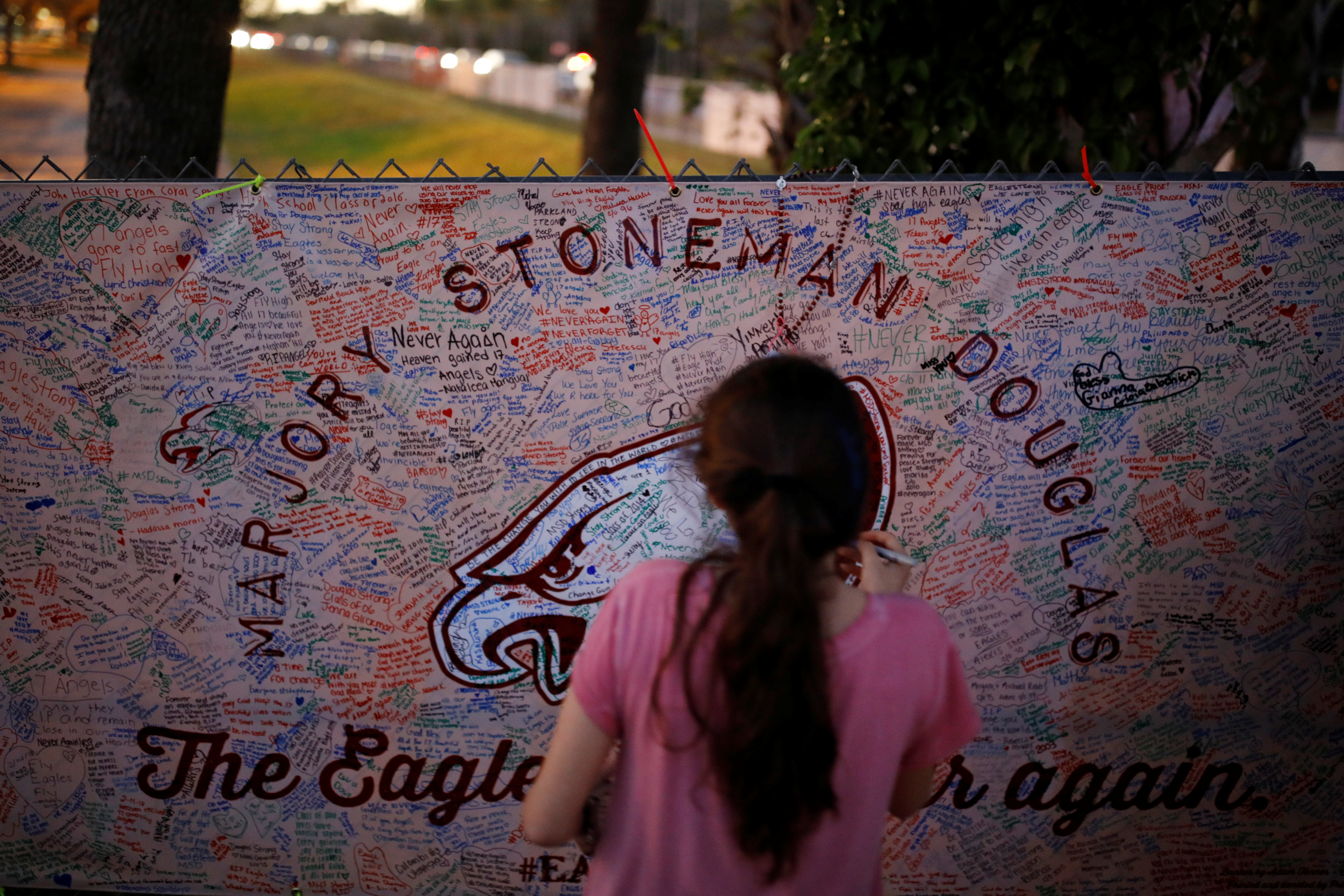 (Reuters) – Insurance broker Paul Marshall can count on his phone ringing in the aftermath of a school shooting.

Since the Feb. 14 shooting at a Florida high school, where 17 people were killed and more than a dozen injured, seven South Florida school district have bought $3 million worth of “active shooter” coverage that Marshall’s Ohio-based employer, the McGowan Companies, began selling in 2016.

“Every day we get a phone call from another school district,” Marshall said.

The insurance, which is backed by XL Catlin  covers expenses tied to shootings in places such as office buildings and concert halls, and is increasingly gaining traction with schools. It pays up to $250,000 per shooting victim, for death and serious injuries, such as blindness or total disability, with additional medical coverage depending on how much insurance a district buys.

There is no detailed survey of insurance coverage at U.S. schools, but insurers say it is only within about the past year that more schools have been seeking “active shooter” and “active assailant” policies.

School districts often find that their general liability policies fall short on coverage for the cascade of bills that follow a violent incident like the mass shooting last month in Parkland, Florida, insurers and school administrators say.

The costs can include victim lawsuits, building repairs, legal fees, medical expenses and trauma counseling, as well as media consultants, accountants to handle charitable contributions, and even reconstruction of buildings where bloodshed occurred.

“This is a very sort of unique and specific issue that we are facing” Chris Parker, who heads a unit at Beazley PLC  that writes policies for political violence, terrorism and other risks, said about coverage for U.S. schools.

On Tuesday, a student who shot and critically wounded two fellow students at a Maryland high school died after exchanging gunfire with a campus security officer.

Marjory Stoneman Douglas High School, the site of the February shooting, is covered under a general liability policy through its local school district, which does not spell out whether shootings are covered, a spokeswoman said.

That was also true at Sandy Hook Elementary School, where a gunman killed 26 people in 2012. A wrongful death lawsuit filed by families of two children killed there seeking unspecified sums has dragged on since 2015.

In the case of public schools, state laws that exempt them from liability or limit the payouts can leave survivors and their families with huge medical expenses. Those laws can have exceptions and in some states, such as Florida, the legislature has authority to waive such limits.

Still, the process can take years and while school employees are generally covered through workers’ compensation insurance some shooter policies could help families meet some of the medical costs.

Some desperate families have turned to crowdfunding sites. For instance, Royer Borges is using GoFundMe to raise $1 million for his son Anthony, a Parkland student who has undergone eight surgeries since being shot five times during the massacre.

Anthony has insurance through a government sponsored-program for children, but it is unclear how much it will cover, his lawyer Alex Arreaza said.

The privately-owned McGowan Companies, fielded 10 times the number of queries in February about shooting coverage and inked three times more policies than a year before, according to Marshall.

Some coverage has been around since 2011, but more insurers, including Beazley, XL Catlin, Hiscox Ltd &lt;HSX.L&gt; have launched such policies since 2016, as mass shootings showed no sign of abating.

While one insurance executive described the market for school shooter policies as “embryonic” sales have been rising. As a result, premiums have come to about a third of what they cost two years ago, Marshall said. He is now developing a policy that covers construction costs for school districts that want to demolish buildings where shootings occurred.

In 2013, officials in Newtown, Connecticut, voted to tear down Sandy Hook Elementary School and the state gave the town $50 million for the new building.

A Florida school safety law signed on March 9 includes $25.3 million to replace the building at the Parkland high school where the shooting occurred.

Church Mutual Insurance Co in Merrill, Wisconsin, which insures private and religious schools nationwide, has been fielding calls from customers who want to raise coverage beyond the $50,000 per victim and up to $300,000 per violent incident it already offers through its general liability policies, said chief underwriting officer Ed Hancock.

Nate Walker, vice president of sales at insurance wholesaler Special Markets Insurance Consultants (SMIC), an AmWINS Group Inc unit, said the company considered a name change for its “Active Shooter Insurance Program,” offered since 2014 as part of a broader package aimed at schools, because it was a tough-sell.

“The more events that happened, the more we came to say there’s no reason to call this anything other than what it is,” Walker said. “You can’t really sugarcoat this.”