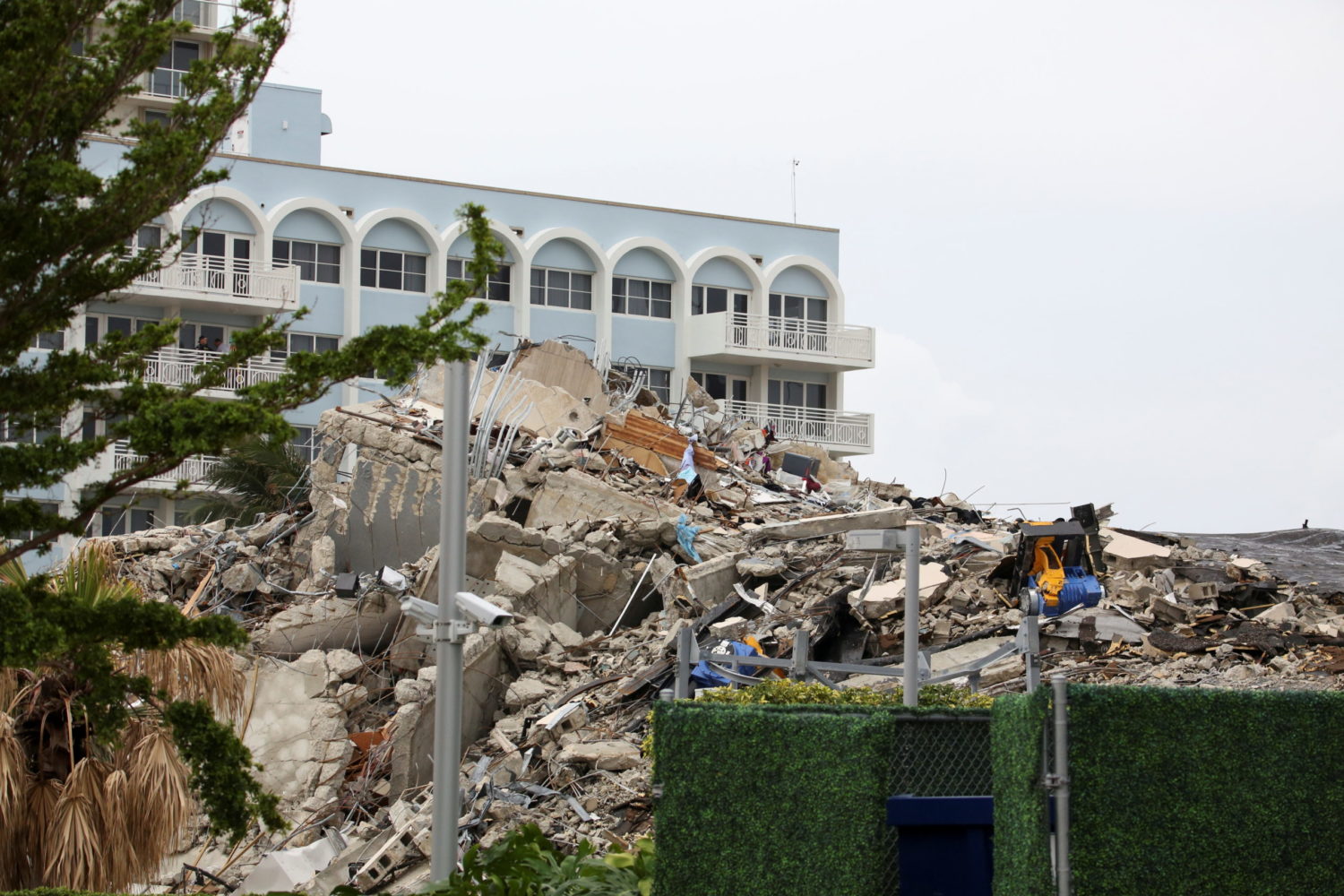 SURFSIDE, Fla. (Reuters) -Crews searching the collapsed condominium tower near Miami recovered an additional six bodies, bringing the death toll to 60, officials said on Thursday, one day after declaring there was no longer hope of finding anyone alive.

Miami-Dade County Mayor Daniella Levine Cava told a news conference that 80 people were still considered missing in the disaster, believed to have been inside the Champlain Towers South when it abruptly crumbled in the early hours of June 24.

As of midnight Eastern Daylight Time (0400 GMT) on Thursday, the emergency effort officially transitioned from an attempt to find survivors to a recovery operation, vanquishing any hope of extracting anyone alive from the rubble.

“Yesterday was tough,” Florida Governor Ron DeSantis said at the news conference. “But the work is going to go on and they are going to identify every single person.”