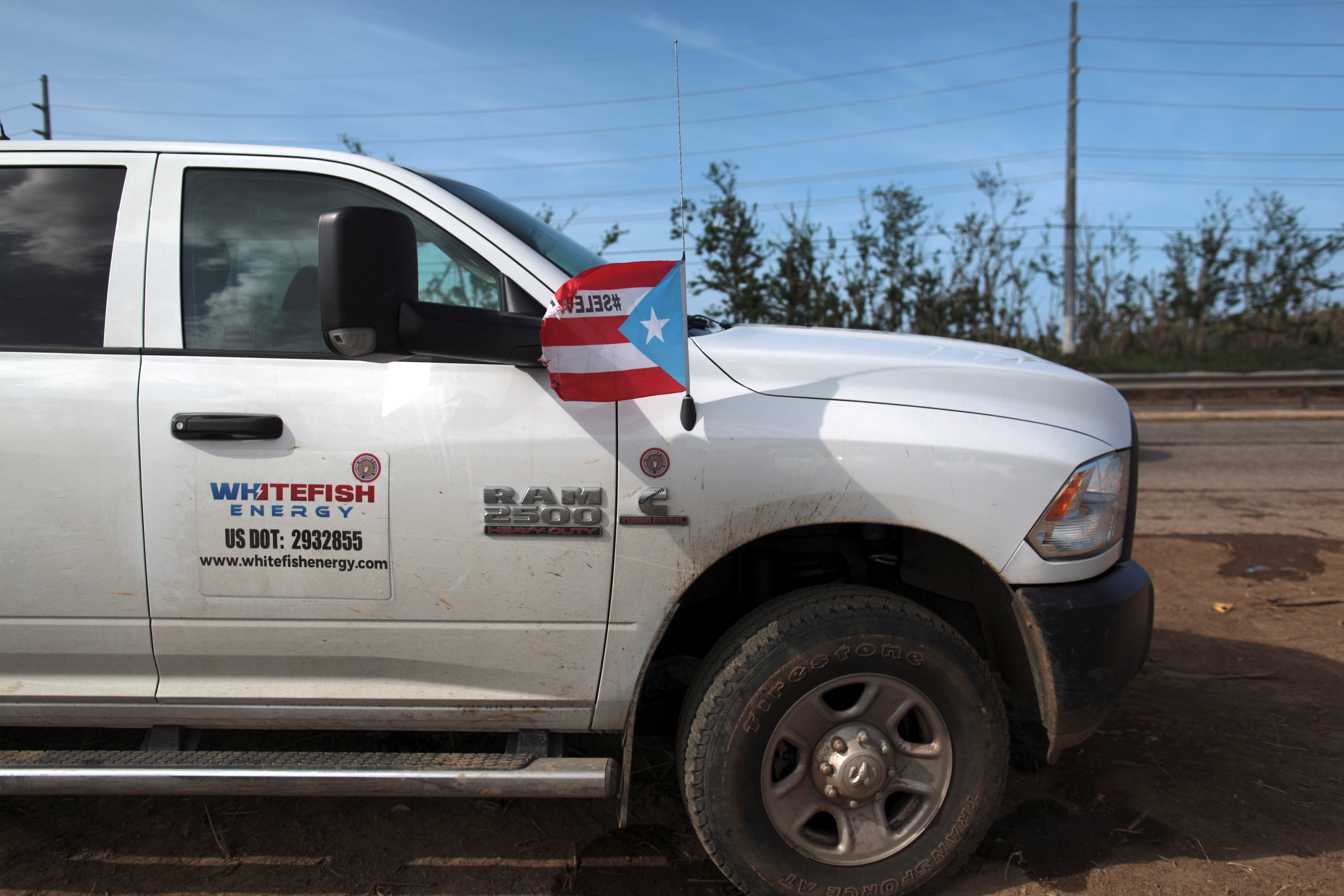 By Ginger Gibson and David Gaffen

WASHINGTON/NEW YORK (Reuters) – Puerto Rico’s government power company said on Sunday it will cancel a $300 million contract with a tiny Montana company to restore power to the storm-hit U.S. territory after an uproar over the deal.

The contract between Whitefish Energy Holdings and Puerto Rico’s bankrupt power utility came under fire after it was revealed last week that the terms were obtained without a competitive public bidding process. Residents, local officials and U.S. federal authorities all criticized the arrangement.

The cancellation could further complicate Puerto Rico’s most pressing challenge from the territory’s worst storm in 80 years – restoring power to its 3.4 million residents. Nearly six weeks after Hurricane Maria devastated the island, only about a quarter of homes and businesses have power, and the utility has set a goal of having 95 percent of power back by the middle of December.

Several other utilities have been involved in recovery efforts, but Whitefish said they had more than 350 people on the island. Puerto Rico Electric Power Authority’s (PREPA) Director Ricardo Ramos said that he had to consider the “delay risk” of agreeing to cancel the contract. The territory has reached out to officials in Florida and New York, which have already sent people to Puerto Rico, to send more crews in the event that Whitefish departs.

Whitefish said in a statement it was “disappointed” in the decision, adding that it will “only delay what the people of Puerto Rico want and deserve – to have the power restored quickly in the same manner their fellow citizens on the mainland experience after a natural disaster.”

Earlier on Sunday, Puerto Rico’s Governor, Ricardo Rosselló had called for the contract with Whitefish to be canceled, and PREPA’s Ramos said he had accepted the governor’s recommendation.

“Following the information that has emerged, and with the goal of protecting public interest, as governor I am asking government and energy authorities to immediately activate the clause to cancel the contract to Whitefish Energy,” Rossello said in a statement.

Ramos, in a press conference Sunday, noted that the initial enthusiasm from residents over Whitefish employees coming to the island had shifted in the last several days after media reported the details of the contract.

“As soon as this whole issue was interpreted by the tabloids that PREPA has given away $300 million to a company with little experience…if you read that, and you have no light and no water that perception changes abruptly to the extent that the last four days they’ve been throwing stones and bottles” at workers, Ramos said.

Ramos said contract terms with Whitefish meant that the cancellation would become effective 30 days from notice and, signaling potential intricacies, explained that there were “a lot of logistics involved. I believe they have people on the way here.”

“The contract is not canceled as of yet. I am writing today a letter to the board of directors of PREPA asking for a resolution that will allow me to cancel the contract,” Ramos said.

Whitefish, which has a full-time staff of two, said it would complete any work that PREPA wanted it to, and noted their initial efforts “exceeded all other efforts by other parties.”

They said they completed work on two major transmission lines that crossed the island’s mountainous interior, and that PREPA’s decision to contact them “only sped up the repairs.”

Criticism increased after a copy of the contract with PREPA surfaced online on Thursday night and raised more questions, particularly over language blocking oversight of costs and profits.

Ramos noted that the federal contracting process is a long one, and that PREPA “could not wait.” 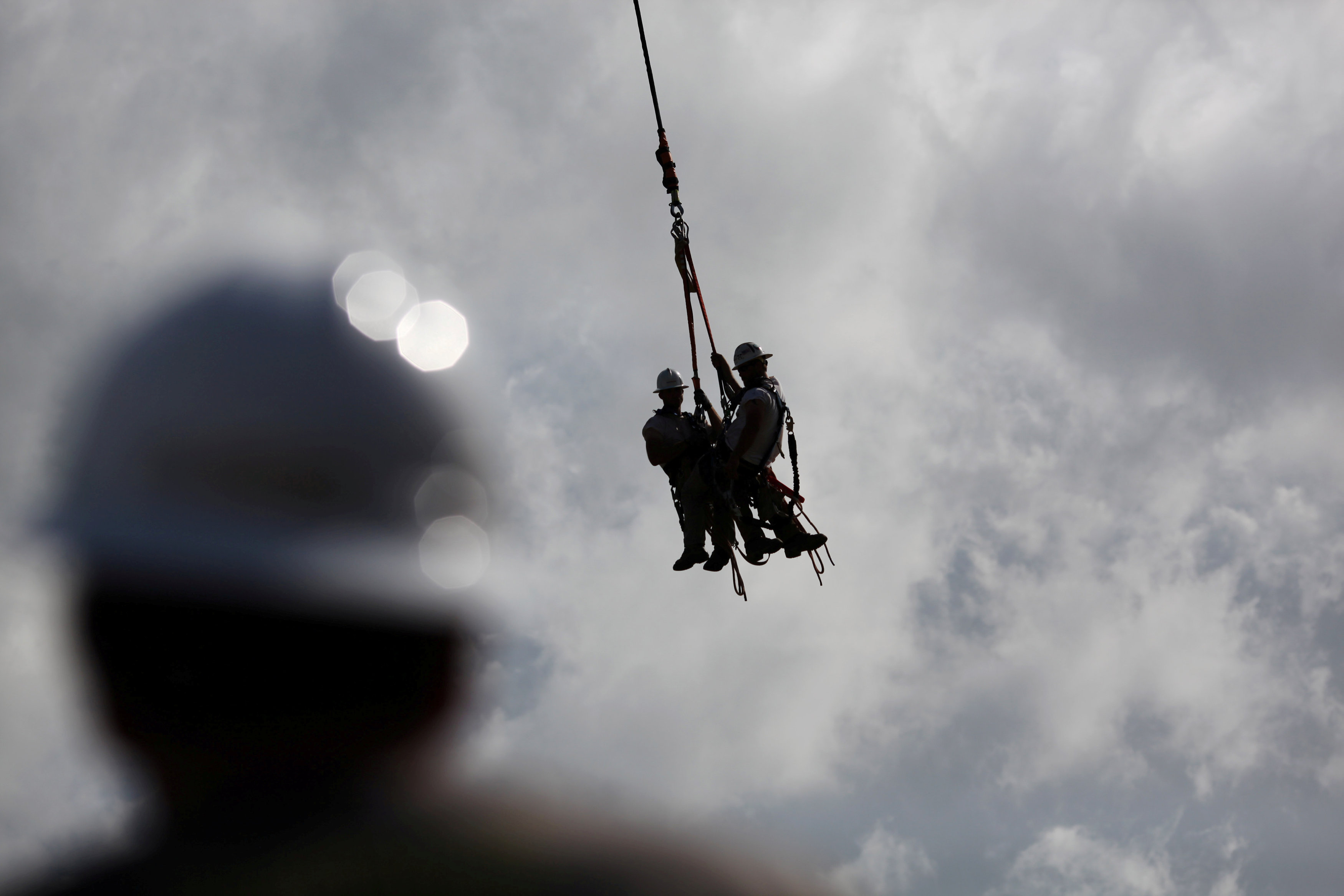 Efforts to restore power have been bumpy. It took more than a week for a damage assessment to be completed, and PREPA did not immediately ask for what is known as “mutual aid,” whereupon utilities send workers in droves to restore power to hard-hit areas.

Residents have been forced to rely on diesel generators and most of the island remained in darkness.

Eventually, the U.S. Army Corps of Engineers was put in charge of power restoration. Rosselló said he had reached out to Florida and New York in part because of a delay in the arrival of brigades from the Army Corps.

Speaking to CNN, New York Governor Andrew Cuomo said he could send hundreds of work crews to Puerto Rico to assist with the repair work. Florida Governor Rick Scott’s office said he and Rossello “have talked frequently regarding Hurricane Maria recovery. Governor Scott is proud to offer any guidance, advice and assistance they may need.”

PREPA declared bankruptcy in July. It has a $9 billion debt load caused by years of unsuccessful rate collection efforts, particularly from municipal governments and state agencies, and a lack of investment in equipment and maintenance.

The Puerto Rican government is bracing for the possibility that Whitefish would sue for breach of contract if the cancellation is approved, according to sources familiar with discussions. The government already paid Whitefish $8 million and does not expect the U.S. Federal Emergency Management Agency to reimburse that sum, the sources said.