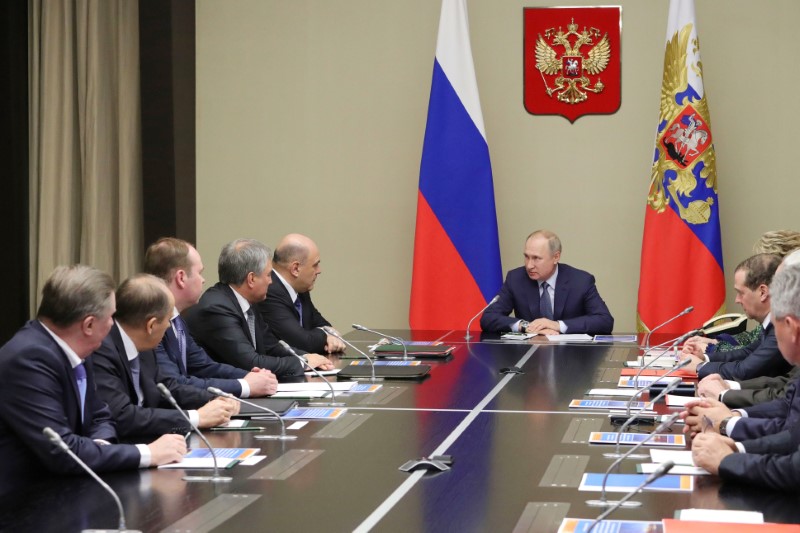 By Tom Balmforth and Andrew Osborn

MOSCOW (Reuters) – President Vladimir Putin accelerated a shake-up of Russia’s political system on Monday, submitting a constitutional reform blueprint to parliament that will create a new center of power outside the presidency.

Putin also replaced Prosecutor General Yuri Chaika, who had held the role since 2006, a move suggesting his planned changes could reach beyond the political system and the government.

In a surprise move, Putin announced plans for reforms last week. Long-time ally Dmitry Medvedev then resigned as prime minister along with the government, saying he wanted to allow room for the president to make the changes.

Putin’s proposed changes are widely seen as giving him scope to retain influence once his term expires in 2024 though he said at the weekend he did not favor the Soviet-era practice of having leaders for life who die in office.

In draft amendments submitted to the State Duma lower house, Putin offered a glimpse of how his reforms look on paper. Under his plan, some of the president’s broad powers would be clipped and parliament’s powers expanded.

In one of the biggest changes, the status of the State Council, now a low-profile body that advises the president, would for the first time be enshrined in the constitution.

Under his proposals, the president would pick the make-up of the State Council which would be handed broader powers to “determine the main directions of domestic and foreign policy.”

His changes also envisage preventing any future president serving more than two terms. Putin first became president in 2000 and is now in his fourth term as head of state.

Chaika, 68, has long been one of the most powerful figures in the Russian justice system and has faced allegations of corruption from the political opposition which he denies.

The Kremlin said Chaika was moving to another, unspecified, job and proposed Igor Krasnov, deputy head of the Investigative Committee, which handles major crimes, to replace him.

Krasnov, 44, has led high-profile criminal investigations including the inquiry into the murder of opposition politician Boris Nemtsov, who was shot dead near the Kremlin in 2015.

Russia’s opposition said on Monday it planned to stage a protest march next month against the reforms.

The Duma is due to discuss Putin’s amendments on Thursday.

Putin has said the public will be invited to vote on the proposed changes. 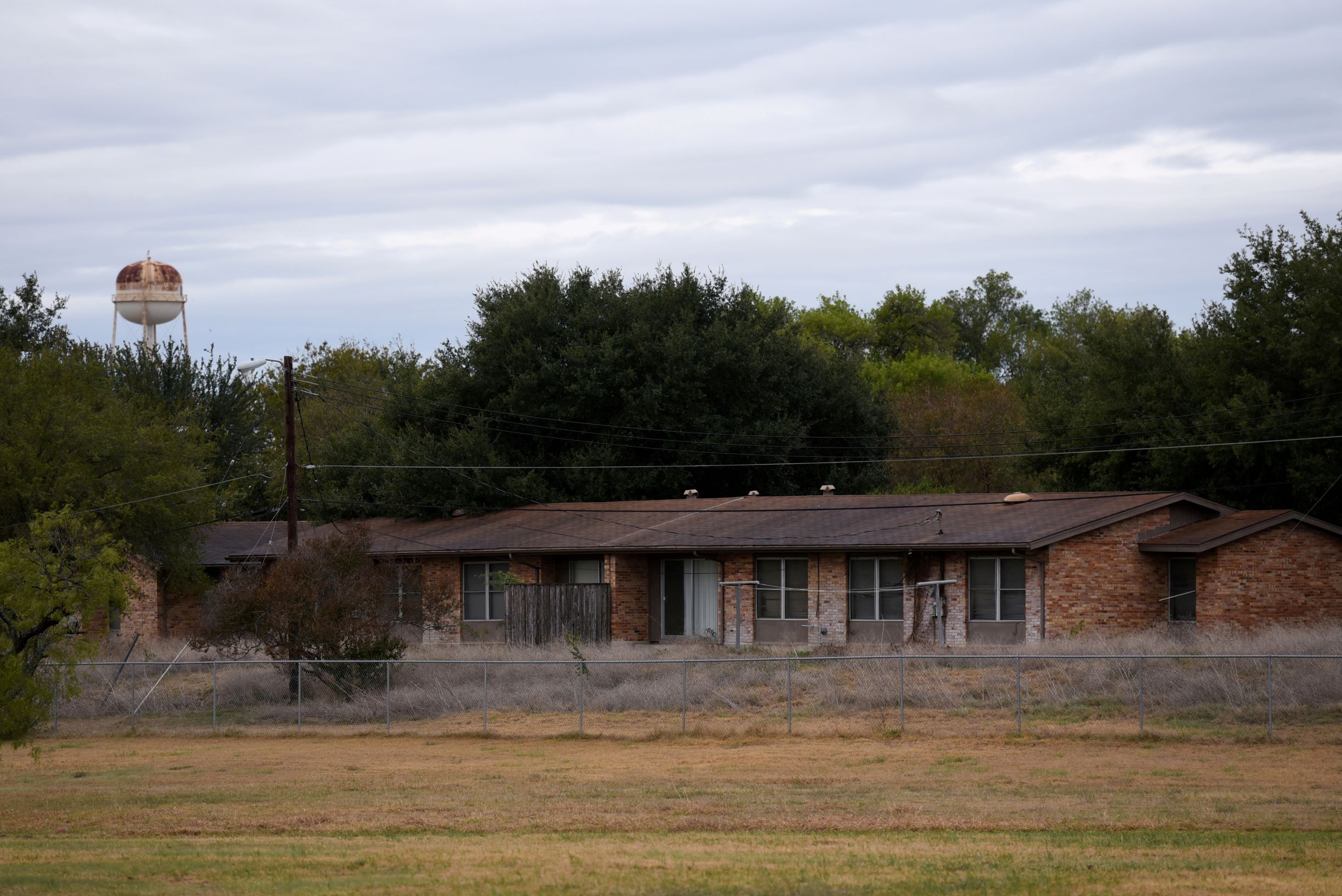 (Reuters) – The U.S. Congress on Tuesday approved the largest overhaul to the American military’s housing program in more than two decades, vowing to end slum-like living conditions and hold private landlords and defense officials accountable for them.

The reforms, included in the yearly National Defense Authorization Act, aim to protect some 200,000 military families living on U.S. bases from health hazards including mold, lead, asbestos and pest infestations. The problems have been detailed by Reuters since last year in a series of investigations, Ambushed at Home.

The congressional action was prompted by the Reuters reports and a growing chorus of complaints from military families who joined forces to decry substandard living conditions.

In all, Congress approved more than $300 million in 2020 funding for the measures, including provisions to combat landlord fraud and protect families against retaliation for reporting hazards.

“This would not have happened if the military had not turned its eye away from managing these contracts,” Virginia Democratic Senator Tim Kaine said in a phone interview. After visiting bases, Kaine introduced requirements that housing managers check homes whenever a tenant moves in or out to protect residents from hazards or onerous move-out fees.

The housing measures are part of a larger defense bill that passed the Senate 86-8 after having cleared the House of Representatives. The bill now goes to President Donald Trump, who is expected to approve it.

Since the 1990s, 98% of the family housing on U.S. bases has been privatized and is now managed by corporate landlords in 50-year partnership agreements with the military. But the arrangements suffered from poor oversight, Congress concluded.

In reports this year, Reuters detailed how one major landlord, Balfour Beatty Communities, obtained millions of dollars in bonus payments after falsifying maintenance records. Earlier reports revealed children were sickened by lead and mold, and showed how base residents across the United States were deprived of basic tenant protections granted to civilians.

The new legislation follows congressional hearings since February, during which lawmakers criticized military leaders and top executives from housing providers including Corvias Group, Hunt Military Communities, Lincoln Military Housing and Balfour Beatty. The companies and the military branches have apologized and pledged to fix the issues.

The new legislation requires the U.S. Department of Defense to expand housing oversight and appoint a Chief Housing Officer to track progress. The military must create a tenant bill of rights, boost housing inspections and standards, and adopt a dispute resolution process in which tenants can withhold rent from landlords when unsafe conditions persist.

The measure also protects whistleblowers from reprisals, and forces private landlords to pay relocation and medical costs for families exposed to housing hazards. It bars base landlords from charging any home rental fees in excess of service members’ federal housing stipend, and suspends a program that saddled some families with inaccurate utility bills.

The new legislation requires federal audits and independent inspections, and gives tenants access to maintenance work-order records and details about past findings of hazards at their homes. The measures also require a public database for housing complaints and annual reports on the housing managed by each landlord. The military must now disclose whether the landlords are granted incentive fees, which will be withheld if the companies fail to remedy hazards.

U.S. Senator Jim Inhofe, chair of the Senate Armed Services Committee and an Oklahoma Republican, credited people like Janna Driver, one of the military family advocates who testified at the hearings, for drawing attention to the squalid living conditions. Last year, Reuters reported how Driver lived in a leaky, moldy house at Tinker Air Force Base in Oklahoma operated by Balfour Beatty Communities.

Such experiences, Inhofe said in an interview, “will come to a screeching halt.” 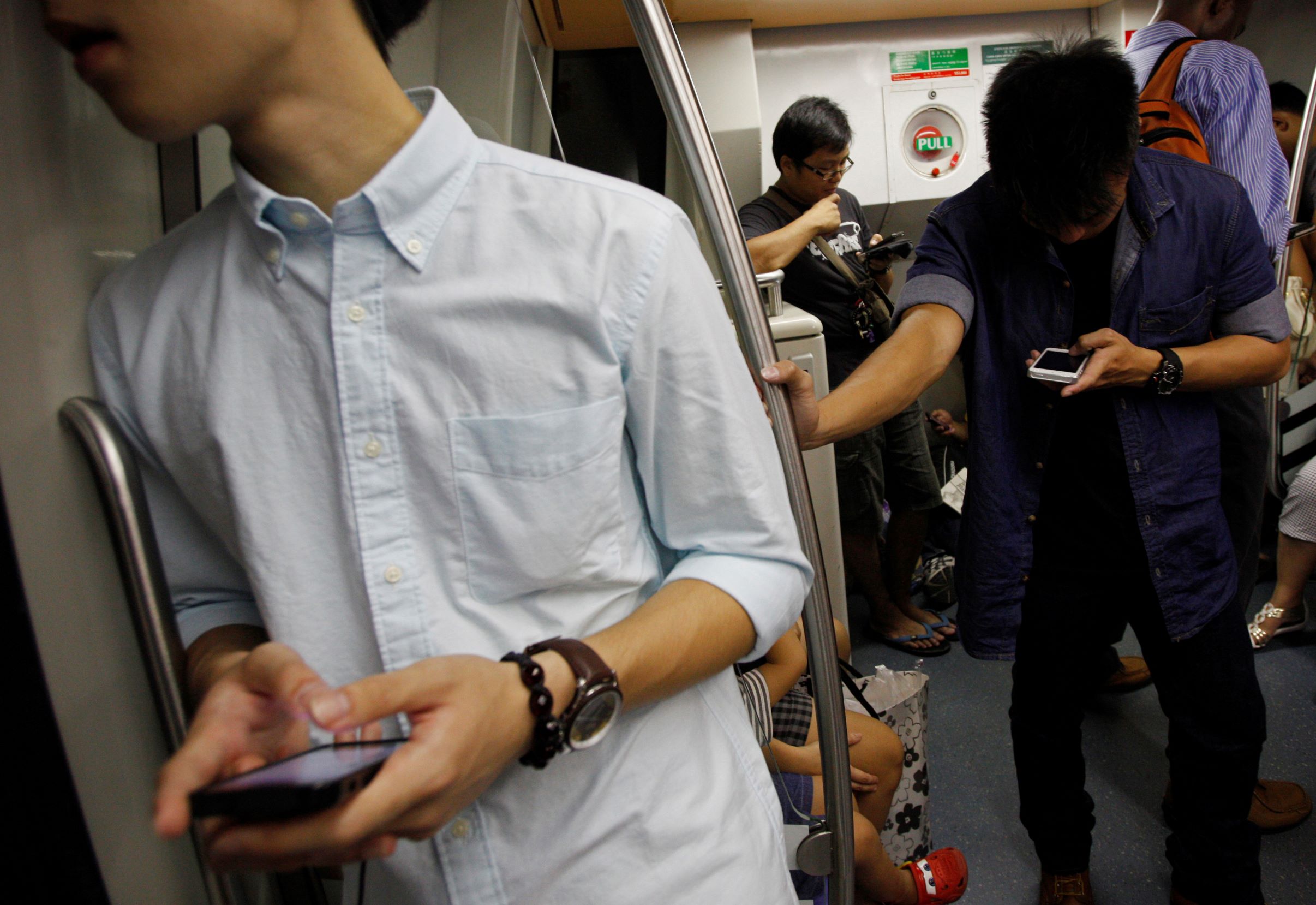 The tech-savvy nation has seen several high-profile cases this year, including a university student who was filmed in the shower and several arrests made over the distribution of nude photos on an online chat group.

Such abuse cases – aided by technology – nearly tripled to 124 last year, up from 46 in 2016, according to figures compiled by Singapore’s gender equality advocacy group AWARE, based on cases that it has assisted.

More than half of the 2018 cases involved images, including illicit filming, distribution of nude photos and upskirting – the surreptitious filming or taking of photographs under girls’ and women’s clothes – it added.

“New factors – such as the widespread availability of recording technology, and our 24/7 channels of communication – make these actions all the more pervasive and damaging today,” said Anisha Joseph, head of the Sexual Assault Care Centre at AWARE.

Law Minister K. Shanmugam has previously said these reforms would help ensure Singapore be a “safe home” for women.

From Britain to Germany and South Korea, there has been a flurry of cases in recent years using the advancement and easy access to technology to sexually assault women.

France outlawed upskirting in 2018 while Britain followed suit this year. Germany also said it would enact a similar law.

Monica Baey, who was filmed by a man during her shower inside a university hostel earlier this year, said the law needed to change to treat the crime more seriously in Singapore, where eight out of 10 residents are internet users.

The man who filmed her was given a police warning and suspended from the university for a semester.

“It’s a case of sexual assault even though there is no physical contact,” the 23-year-old student told the Thomson Reuters Foundation by phone from Singapore, adding she was “traumatised” over the incident.

“It’s not something that can be seen as less serious just because it was committed through a mobile phone,” she said. “The victims still face a lifelong trauma.” 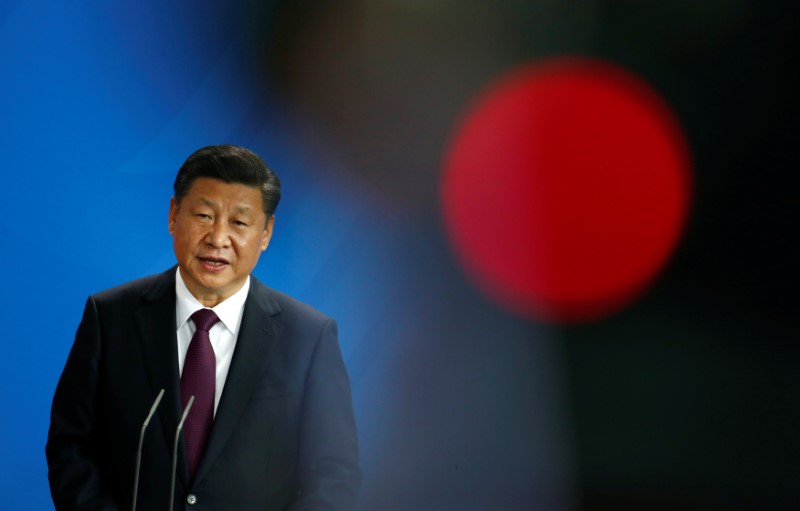 China’s armed forces, the world’s largest, are in the midst of an ambitious modernization program, from restructuring to troop cuts and investment in technology and equipment upgrades, such as acquiring stealth fighters and aircraft carriers.

“After the reforms, our military’s scale is smaller, but it is more capable, its structure is more optimized, its formation more scientific,” the report paraphrased Xi, who is head of the military, as saying.

This has changed the model of the armed forces, which once depended for victory on strength of numbers, but are now making great strides to becoming a high-quality, effective and technologically proficient military, Xi added.

China’s military has not fought a war in decades and the government insists it has no hostile intent, simply needing the ability to properly defend what is now the world’s second-largest economy.

But China has rattled nerves around the Asian region with its increasingly assertive stance in the East and South China Seas and its military equipment modernization plan.

Xi, who made the comments ahead of the 90th anniversary of the founding of the People’s Liberation Army on Aug. 1, called the reforms unprecedented in the history of Communist China.

The reforms have not been uncontroversial, with unease in particular about the 300,000 troop cuts Xi announced in 2015.

Xi appeared to allude to those cuts by saying government officials must “make every effort to help officers and soldiers resolve worries about the future consequences”.

The report did not elaborate.