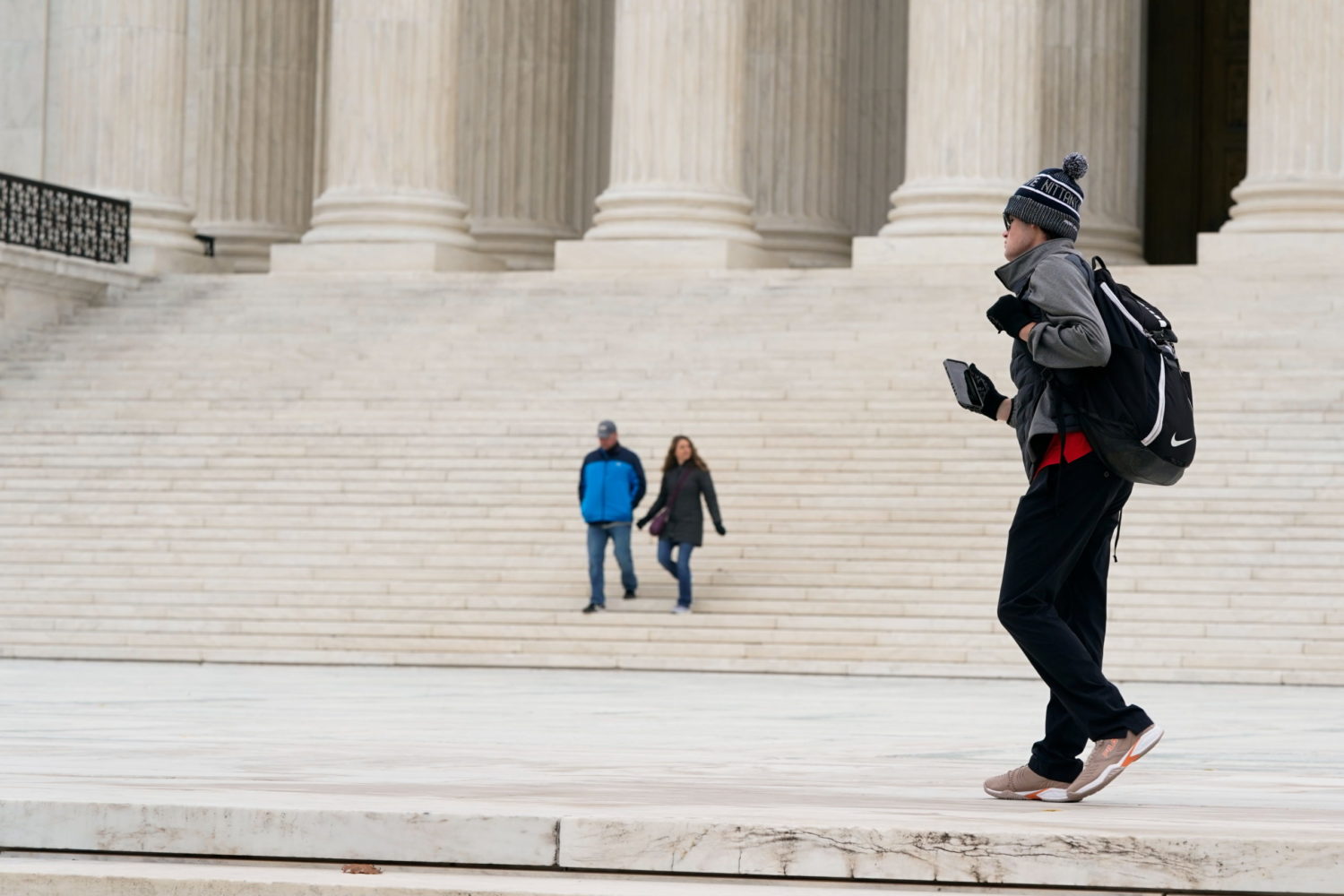 The court heard nearly two hours of arguments in an appeal by the families of a lower court ruling rejecting their claim that the Maine program singles them out for religious discrimination in violation of the U.S. Constitution including its First Amendment protection of the free exercise of religion.

Expanding religious rights has been a priority in recent years for the Supreme Court, which has a 6-3 conservative majority.

Conservative justices asked questions aimed at exposing potential bias in Maine’s program, indicating their concern that religious schools and parents are being treated differently than their secular counterparts.

Justice Brett Kavanaugh said that the lesson from the court’s prior rulings in this area is that “discriminating against all religions versus secular is itself a kind of discrimination that the court has said is odious to the Constitution, at least in certain contexts.”

Liberal justices emphasized that the program is meant only to provide a public education everywhere in the state and expressed concern over possible strife that funding the promotion of religion could cause in society.

The families sought taxpayer dollars to send their children to two Christian schools that integrate religion into their classrooms and have policies against gay and transgender students and staff. The First Amendment also prohibits government endorsement of any particular religion.

The case comes to the Supreme Court on the heels of its 2020 ruling in a Montana case that paved the way for more taxpayer dollars to flow to religious schools.

The ruling in the Maine case, due by the end of June, could further erode the separation of church and state in the United States.

The Montana ruling prevented states from disqualifying schools from public aid based on their religious status or affiliation. The Maine case goes further, with the possibility looming of requiring states that subsidize private education to also fund religious activities.

Maine is backed in the case by President Joe Biden’s administration, public school boards and teacher unions. The state has said it excludes certain private schools not because they are religious but because they would use public funds to promote religious beliefs.

In some sparsely populated areas lacking public secondary schools, Maine lets public funds be used to pay for tuition at certain private schools of a family’s choice. The schools must be “nonsectarian” and are excluded only if they promote a particular religion and present material “through the lens of that faith.”

Two sets of parents – David and Amy Carson, and Troy and Angela Nelson – sued the state in 2018.

The Nelsons would like to use the tuition aid to send their son to a Christian school called Temple Academy in Waterville, but instead use it to send him to a secular private high school. The Carsons paid out-of-pocket to send their daughter to Bangor Christian Schools in Maine’s third-largest city.

The two schools involved describe themselves as seeking to instill a “Biblical worldview” in students, according to court records. They will not admit gay or transgender students, or hire gay teachers. Bangor Christian Schools teaches that a “husband is the leader of the household” and includes a class instructing students to “refute the teachings of the Islamic religion with the truth of God’s Word.”