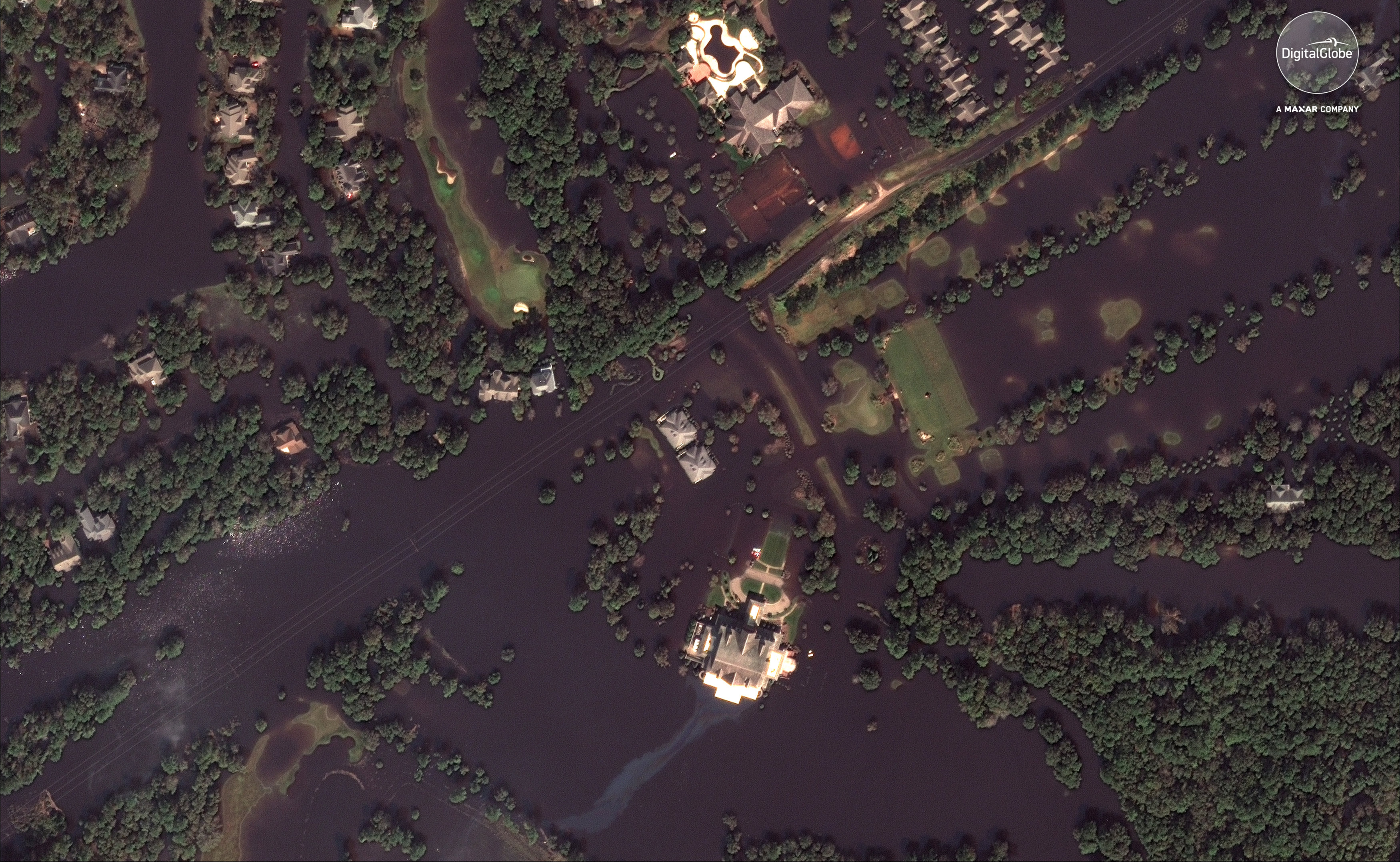 KINSTON, N.C. (Reuters) – Residents in Georgetown County, South Carolina, where five rivers flow into the ocean, will prepare on Friday for a deluge of water in the aftermath of Hurricane Florence, which has killed more than 40 people.

Lying on Atlantic Ocean between Myrtle Beach and Charleston, the county of about 60,000 people is one of several areas across the Carolinas waiting anxiously for rivers to crest, a week after Florence dumped some three feet of rain in the region.

Flooding could begin early next week, officials said during a community meeting on Thursday. The city of Georgetown on Friday will hand out 15,000 sandbags as the county develops plans to evacuate residents. 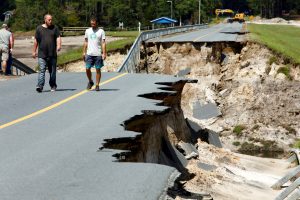 Local residents walk along the edge of a collapsed road that ran atop Patricia Lake’s dam after it collapsed in the aftermath of Hurricane Florence, in Boiling Spring Lakes, North Carolina, U.S., September 19, 2018. REUTERS/Jonathan Drake

“Please heed the warnings,” Sheriff Lane Cribb said. “Protecting lives and property will be our goal … You better pray. I think we all need to pray that it don’t happen.”

More than three dozen flood gauges in North and South Carolina showed flooding. Some rivers had still not crested by Friday morning, according to the National Weather Service.

Thirty-one deaths have been attributed to the storm in North Carolina, eight in South Carolina and one in Virginia. 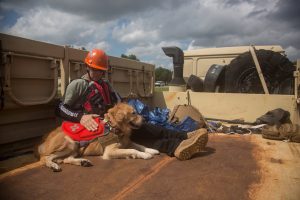 Some 4,700 people across North Carolina have been rescued by boat or helicopter since the storm made landfall, twice as many as in Hurricane Matthew two years ago, according to state officials. About 10,000 remain in shelters.

The coastal city of Wilmington, North Carolina, remained cut off by floodwaters on Thursday. More than 200 roads across the state were closed or blocked as residents. Over 60,000 customers were without power in North Carolina early on Friday, according to Poweroutage.us.

The flooding has caused 21 hog “lagoons,” which store manure from pig farms, to overflow in North Carolina, creating a risk that standing water will be contaminated, according to the state’s Department of Environmental Quality. North Carolina is one of the leading hog-producing states in the country.