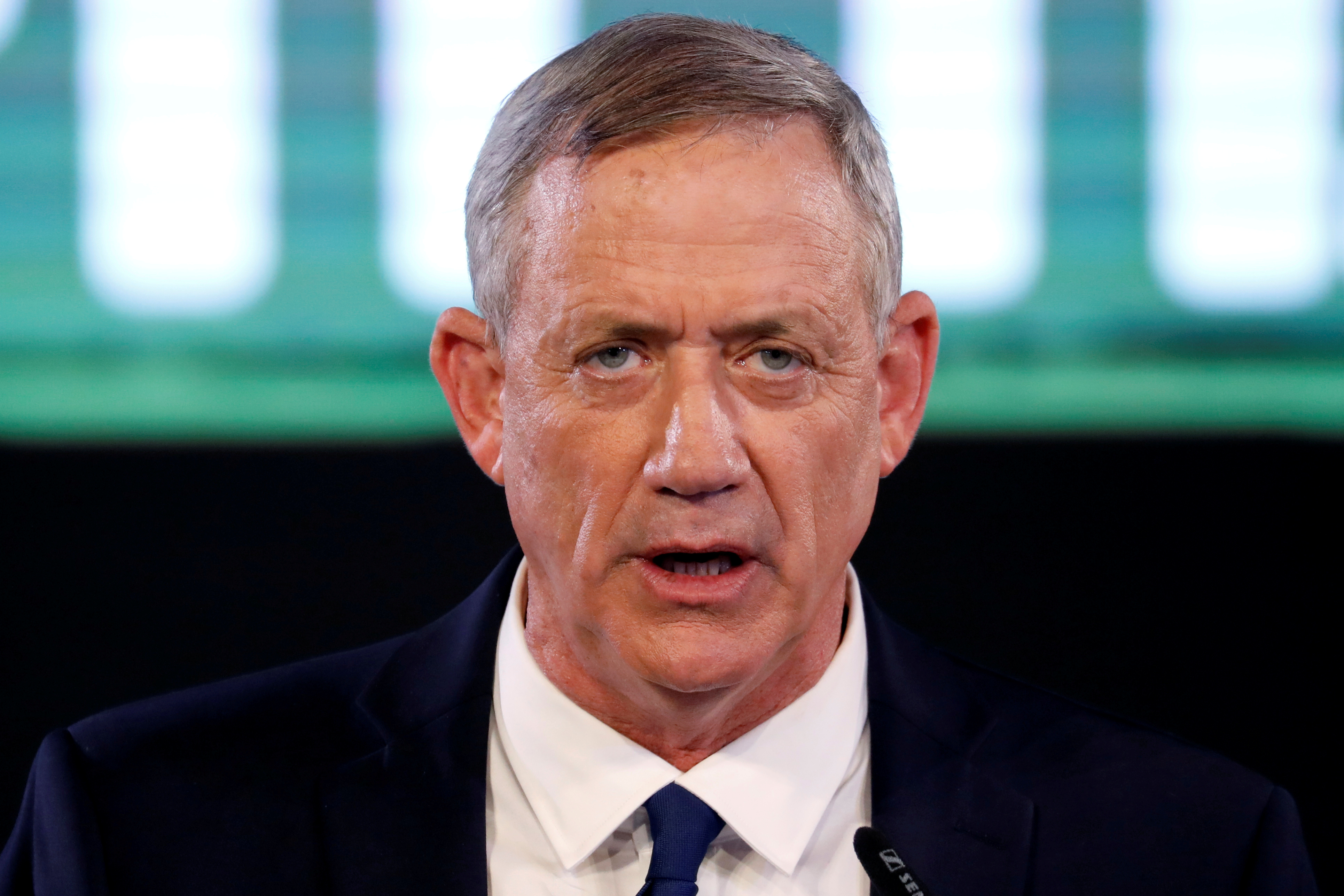 By Stephen Farrell and Dan Williams

RAMALLAH, West Bank/JERUSALEM (Reuters) – Palestinians warmed on Wednesday to Prime Minister Benjamin Netanyahu’s toughest election rival, a former top general who said Israel should not maintain its dominion over them.

With both a general election and the unveiling of a U.S. peace initiative on the horizon, the centrist candidate, Benny Gantz, has been signaling an openness to territorial compromise in the occupied West Bank. That marks a contrast with the right-wing Netanyahu, who has ruled out withdrawing settlements.

The secret U.S. proposal for breaking a five-year diplomatic deadlock is widely expected to be unveiled after Israel’s April 9 ballot. Pollsters see Netanyahu’s conservative Likud party winning around 30 of parliament’s 120 seats, setting him up for a fifth term.

In an interview on Wednesday with Israel’s Yedioth Ahronoth newspaper, Gantz was asked about prospects for accommodation with the Palestinians, who seek a state in the West Bank and Gaza Strip, with East Jerusalem as its capital.

“We need to find a way not to have dominion over other people,” Gantz said.

Gantz, whose new Resilience party is gaining ground against Netanyahu’s Likud with as many as 24 projected seats, has said he wanted to strengthen settlement blocs in the West Bank.

But he has not mentioned what might happen in any future peace deal to isolated settlements that are not incorporated into Israel if Palestinians are given a separate state.

Nabil Abu Rudeineh, a spokesman for Palestinian President Mahmoud Abbas, praised “the signs coming from Gantz about settlements”, calling them a step in the right direction should he win the election and prove “willing and ready” for peace.

“It’s encouraging, if he succeeds and he sticks to this opinion,” Abu Rudeineh told Reuters.

Most world powers consider Israeli settlements on land captured in a 1967 war to be illegal under the Geneva conventions. Israel disputes this, citing historical ties to the land, and has expanded the settlement population steadily, including during the past decade under Netanyahu.

Palestinians say settlements must be removed from their future state in any final agreement, although some could be ceded to Israel as part of an agreed swap for other land. The last peace talks collapsed in 2014, in part over the issue of settlements, and Abbas is boycotting the Trump administration, accusing it of being biased toward Israel.

In a statement, Likud said Gantz was planning to form a “leftist government” sympathetic to the Palestinians.

Gantz’ Resilience party said “no unilateral decision will be made on settlement evacuation” and that he would “maintain … non-negotiable security protections”.

Netanyahu cites the example of Gaza — where Israel unilaterally pulled out its settlements in 2005 and the Islamist group Hamas soon took control — as proof that removing settlements from the West Bank would be dangerous.

Gantz described the Gaza withdrawal as well executed, telling Yedioth: “We need to take the lessons and apply them elsewhere.”

The Trump administration has wavered over whether it would endorse a Palestinian state, saying the final outcome will be up to the sides to determine, but both may need to compromise.