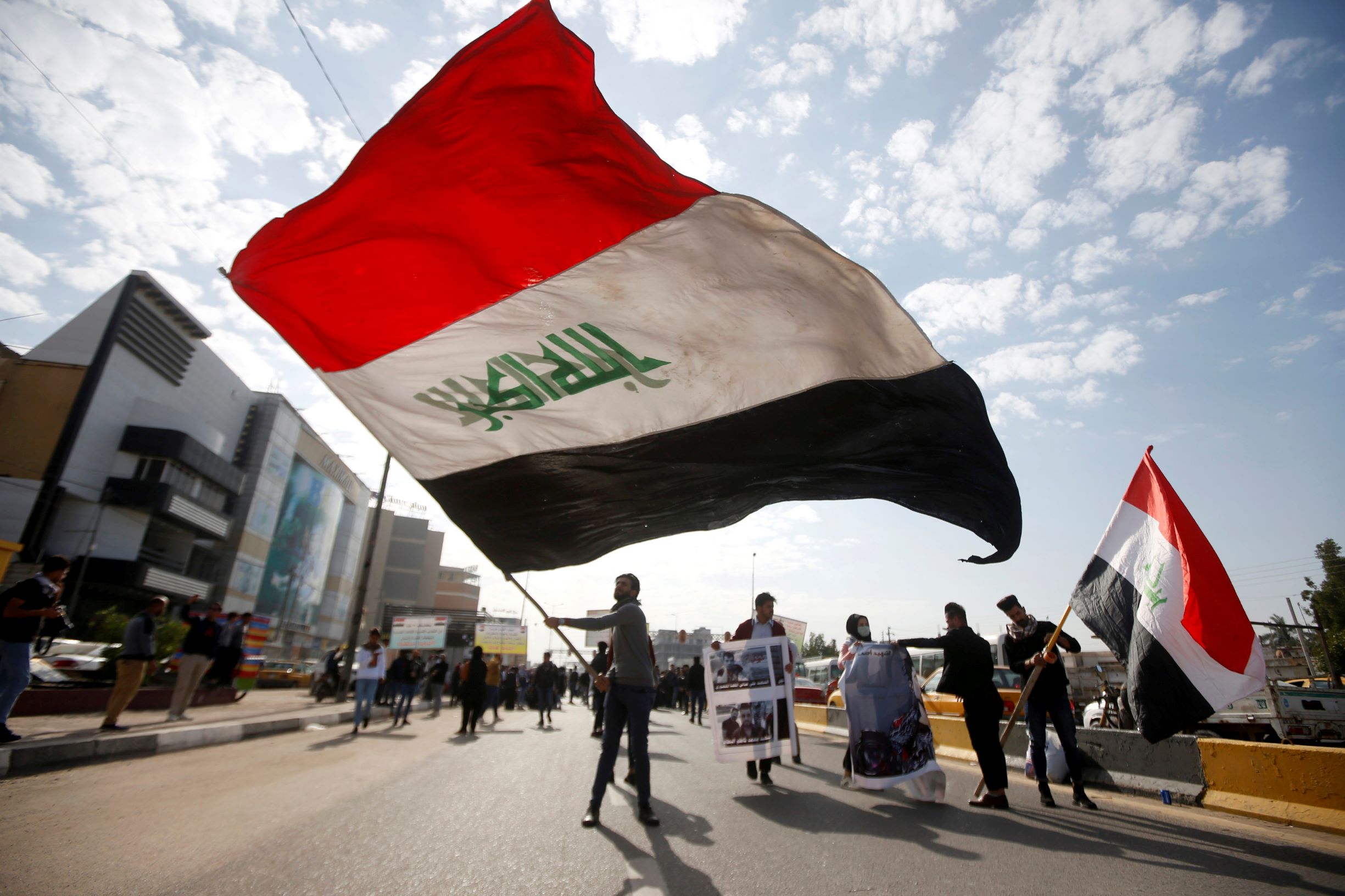 BAGHDAD/WASHINGTON/DUBAI (Reuters) – Iranian forces fired missiles at military bases housing U.S. troops in Iraq on Wednesday in retaliation for the U.S. killing of an Iranian general, raising the stakes in its conflict with Washington amid concern of a wider war in the Middle East.

Iran’s Supreme Leader Ayatollah Ali Khamenei, addressing a gathering of Iranians chanting “Death to America”, said the attacks were a “slap on the face” of the United States and said U.S. troops should leave the region.

Tehran’s foreign minister said Iran took “proportionate measures” in self-defense and did not seek to escalate the confrontation.

The next move appeared to lie with Washington.

U.S. President Donald Trump, who ordered the drone strike that killed General Qassem Soleimani in Baghdad on Friday, gave an initial response on Twitter: “All is well!”.

Trump said casualties and damage from the missile attacks were being assessed. The White House said the president would make a statement at 11 a.m. (1600 GMT).

Trump, who was impeached last month and faces an election this year, at the weekend threatened to target 52 Iranian sites if Iran retaliated for Soleimani’s killing.

Iranian state television said Iran had fired 15 ballistic missiles from its territory at U.S. targets in its neighbor Iraq early on Wednesday. The Pentagon said al-Asad air base and another facility in Erbil were targeted.

The United States did not announce any casualties.

Iranian state television said 80 “American terrorists” had been killed and U.S. helicopters and military equipment damaged. It did not say how it obtained that information.

Germany, Denmark, Norway and Poland said none of their troops in Iraq were hurt. Britain, which also has personnel in Iraq, condemned the Iranian action and said Tehran “should not repeat these reckless and dangerous attacks”.

Iraq said its forces did not suffer casualties. The U.N. mission in Iraq called for restraint, saying: “Iraq should not pay the price for external rivalries.” Graphic: Iran fires missiles at U.S bases in Iraq – https://tmsnrt.rs/35DS8dy

More than 5,000 U.S. troops remain in Iraq along with the other foreign forces in a coalition that has trained and backed Iraqis against the threat of Islamic State militants.

“As we evaluate the situation and our response, we will take all necessary measures to protect and defend U.S. personnel, partners, and allies in the region,” Pentagon spokesman Jonathan Hoffman said.

In Tehran, Khamenei said in a televised speech: “Military action like this is not sufficient. What is important is ending the corrupting presence of America in the region,” renewing Tehran’s long-standing demand for Washington to withdraw its forces.

Iranian Foreign Minister Mohammad Javad Zarif said the strikes “concluded” Tehran’s response to the killing of Soleimani, who had been responsible for building up Iran’s network of proxy armies across the Middle East. He was buried in his hometown Kerman on Monday after days of national mourning.

“We do not seek escalation or war, but will defend ourselves against any aggression,” he wrote on Twitter.

Iranian television reported an official in the supreme leader’s office as saying the missile attacks were the “weakest” of several retaliation scenarios. It quoted another source saying Iran had lined up 100 other potential targets.

State media also showed footage of what it said were the missiles being fired into the night sky. In the background, voices shouted “God is greatest”. It also showed purported images of the blasts where they struck. It was not possible to verify the images’ authenticity.

Airlines canceled Iran and Iraq flights and re-routed others away from both countries’ airspace after the attacks.

Oil prices, which jumped in frenzied early trading after the missile attack, slipped later on as alarm faded..

Iran is likely to want to avoid any conventional military conflict with superior U.S. forces, other analysts say. In the past, it has focused on asymmetric strikes, such as sabotage or other military action via proxies, they say.

U.S. officials said Soleimani was killed because forces under his command planned attacks on U.S. targets. They have not provided evidence.

Before Soleimani was buried, his body was taken on a tour of cities in Iraq and Iran, drawing huge crowds. A stampede at his funeral on Tuesday killed at least 56 people.

After the Iranian missile attack, state television showed footage of the burial, with hundreds of people chanting “God is greatest” when the strikes were announced over loudspeakers.

“His revenge was taken and now he can rest in peace,” Iranian television said.

Friction between Iran and the United States rose after Trump withdrew in 2018 from a nuclear deal between Iran and world powers, approved by his predecessor Barack Obama, and reimposed sanctions on Tehran slashing its vital oil exports.

Khamenei, in his speech on Wednesday, ruled out any resumption of talks with Washington on the 2015 nuclear pact.

Trump’s U.S. political rivals have challenged his decision to order Soleimani’s killing and questioned its timing in a U.S. election year.

“We must ensure the safety of our service members, including ending needless provocations from the Administration and demanding that Iran cease its violence. America & world cannot afford war,” U.S. House of Representatives Speaker Nancy Pelosi said on Twitter.