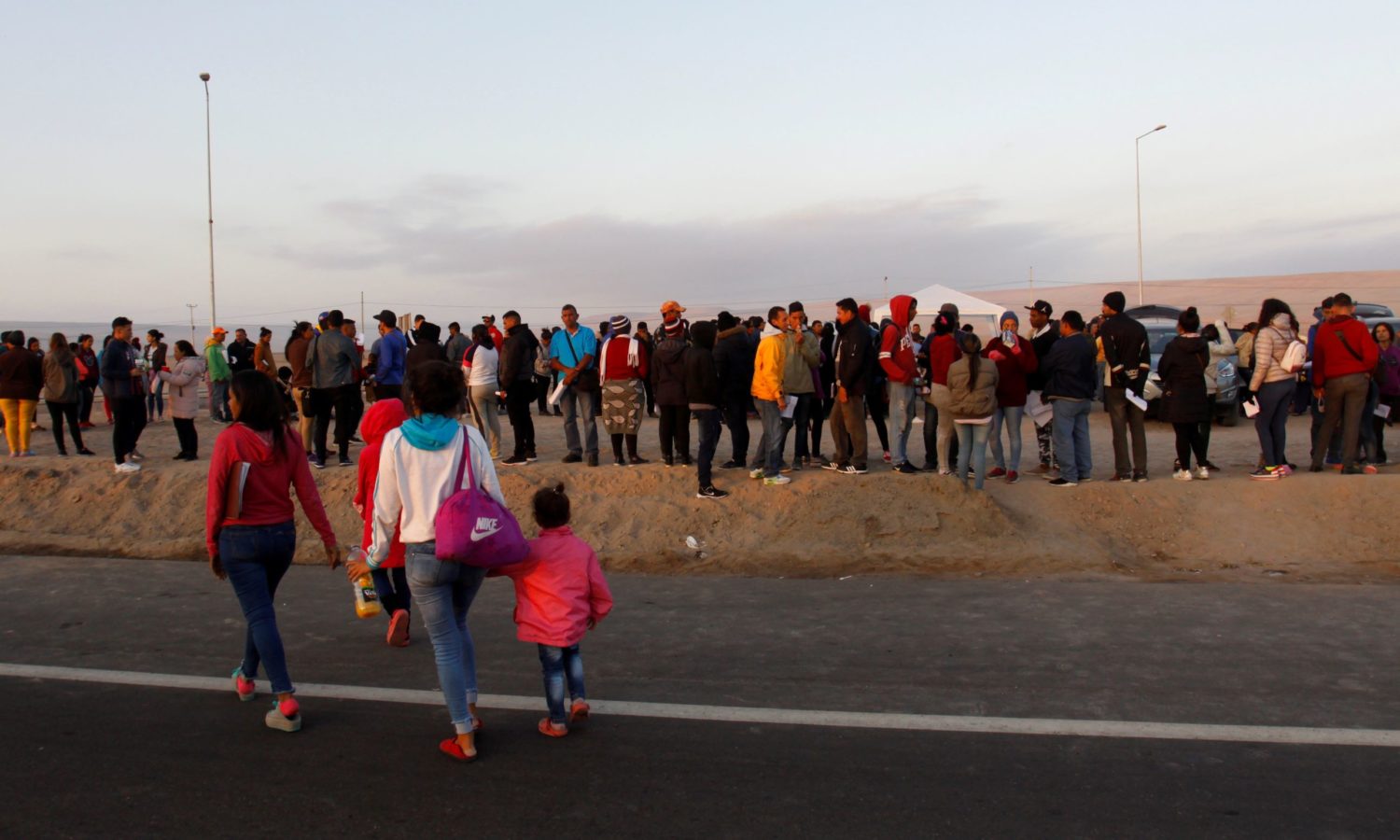 GENEVA (Reuters) – The exodus of Venezuelans is on track to reach 5 million people, as pressure grows on neighboring countries to provide them with long-term support, United Nations and European Union officials said on Wednesday.

Some 4.5 million refugees and migrants have fled Venezuela since 2015, according to official figures, but more are using illegal crossing points because they lack identity papers, said Eduardo Stein, joint special representative of the U.N. refugee and migration agencies.

The crisis has worsened since the United States imposed sanctions, including on the pivotal oil industry, in an effort to oust leftist President Nicolas Maduro in favor of opposition leader Juan Guaido. Dozens of nations recognize Guaido as interim president, saying Maduro rigged a 2018 election.

“The experience of other crises in the world shows us that those who would want to go back to Venezuela if the crisis in political terms were to be solved today, it will take a good two years or maybe even more,” Stein told a news conference.

A U.N. regional humanitarian response plan of $739 million for this year is expected to nearly double for 2020, he added.

The initially welcoming attitude to Venezuelans around South America has soured amid accusations they bring crime, crowd the job market, and strain social services.

The United Nations and European Union are hosting a meeting on Oct. 28-29 in Brussels to raise awareness of needs. Donors and officials from the World Bank and Inter-American Development Bank are due to attend, but no Venezuelan representatives.

“This is the most severe and fastest-growing refugee migrant crisis in Latin American history, at least recent history,” said Walter Stevens, EU ambassador to the U.N. in Geneva. “There are estimates also that it could further increase if the situation does not change, quickly reaching 5 million.”

Colombia is the top destination for Venezuelan migrants fleeing the long-running crisis, which has caused widespread shortages of food and medicine. Some 1.4 million Venezuelans live in Colombia.

The flow is overwhelming the financial and administrative capacities of host countries to provide education and health services, Stein said.

“Nine receiving countries have agreed to accept expired (Venezuelan) passports as valid documents. And so with an expired passport you can get a temporary permit sometimes for two years,” he stated.