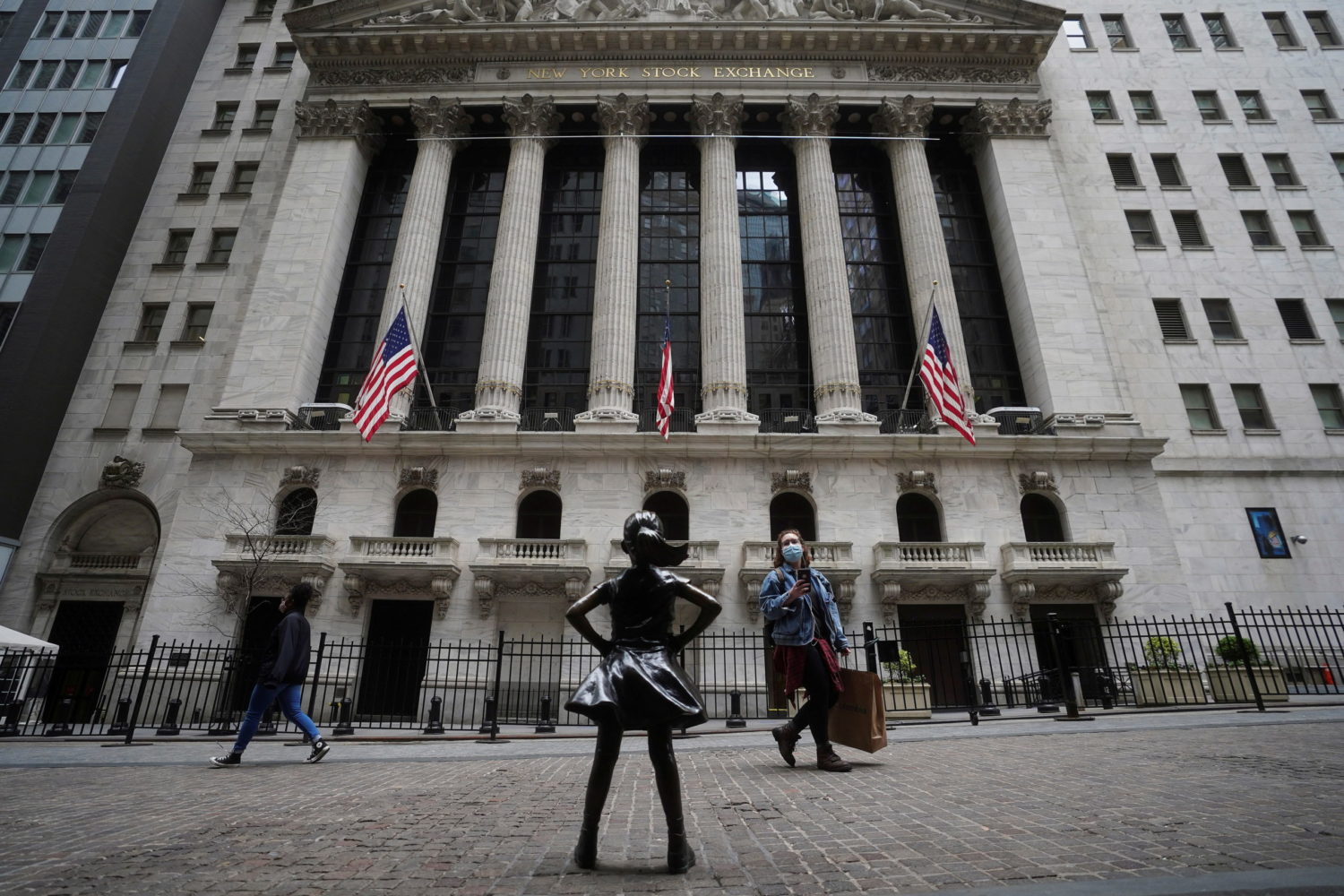 The S&P 500 and the Dow rose, with the benchmark S&P 500 within 0.5% of its record high as investors cheered signs of an improving economy ahead of a week packed with major data they hope to cast light on the economic recovery.

All three major indexes were trading off from larger gains notched earlier in the session, leaving U.S. stocks mixed.

Overall, positive sentiment has pushed major indexes back toward all-time highs in recent weeks, analysts say, after data showing a jump in U.S. inflation prompted markets to stutter earlier in May. The S&P 500 closed on Friday before the U.S. Memorial Day holiday at its third highest level in history.

U.S. manufacturing activity picked up in May, the Institute for Supply Management (ISM) said on Tuesday as its index of national factory activity increased to a reading of 61.2 last month from 60.7 in April. Pent-up demand amid a reopening economy has boosted orders, but unfinished work has piled up because of shortages of raw materials and labor.

“They are interpreting higher yields as a signal to sell technology holdings and buy cyclical companies in the Energy, Materials and Financials sector, which is what they’ve done so far today,” Zaccarelli said.

Analysts say this is another sign of strong economic growth.

This week’s main event is Friday’s U.S. payrolls data, with markets looking for a signal from the Federal Reserve on when it will start tapering its bond-buying program. Median forecasts are that 650,000 jobs were added in May, but the outcome is uncertain following April’s unexpectedly weak 266,000 gain. Though U.S. inflation data last week exceeded estimates, another big miss on the jobs front would delay prospects for any wind-down of stimulus, analysts say.

Societe Generale strategist Sebastien Galy said he expected the jobs data to come in below or in line with consensus, but, given low levels of equity volatility, markets were primed for a jump on higher-than-expected numbers. As traders awaited clues on Fed direction, the dollar index fell 0.012%, with the euro up 0.08% to $1.2235 while the yield on U.S. 10-year government debt last fell 6/32 in price to yield 1.6113%, from 1.593%

Concerns about global inflation have driven gold up 8% this month to comfortably above $1,900.

(Reporting by Katanga Johnson in Washington; Editing by Mark Heinrich and Alexander Smith)