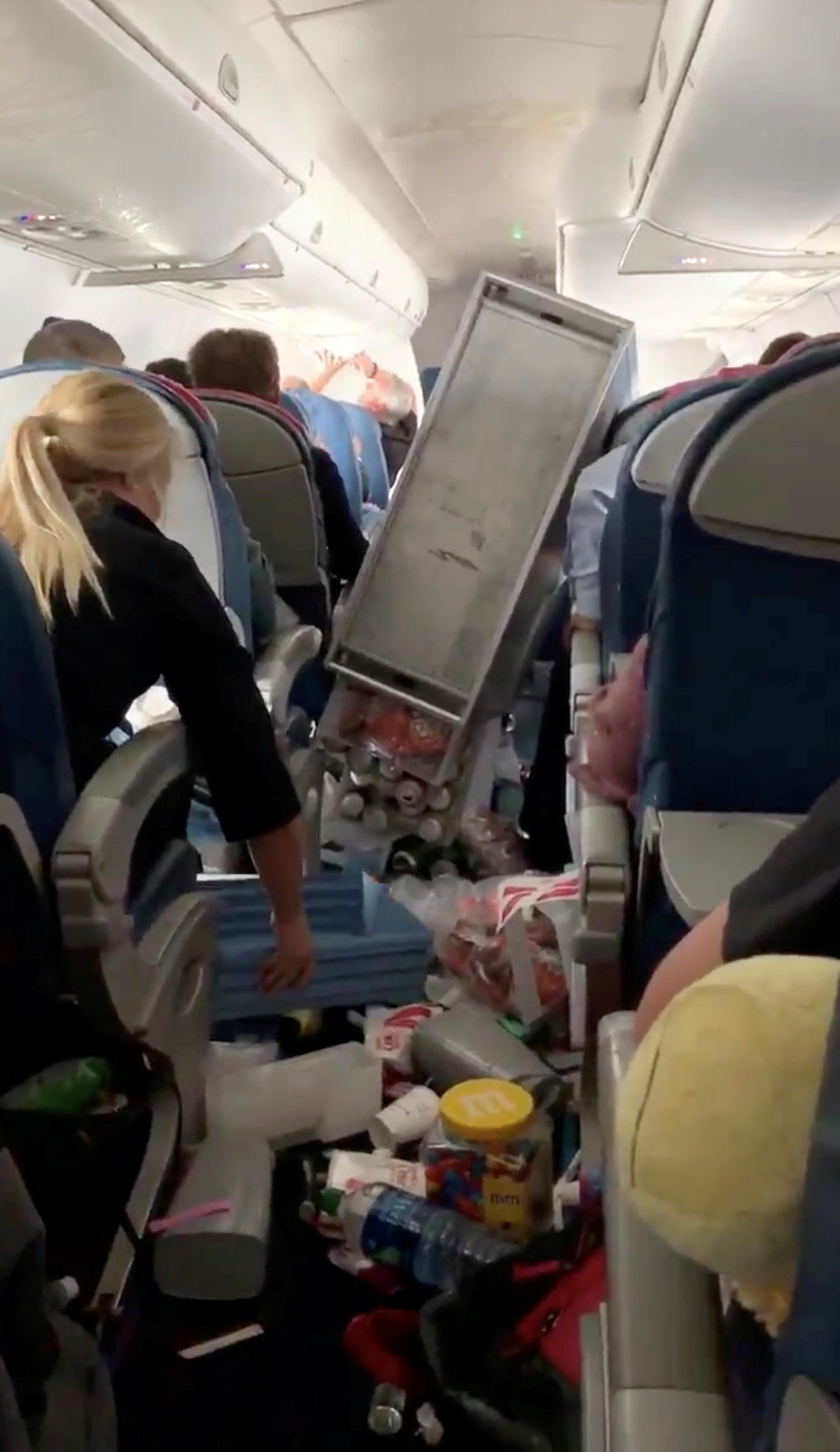 (Reuters) – The worst of the rain, snow, and winds carried by the so-called Pineapple Express, a river of warm air loaded with moisture, will hit California on Thursday and stick around at least through Friday, forecasters said.

The weather system, headed east from near Hawaii, is the wettest storm on the U.S. West Coast this season. It has swamped cars, flooded vineyards and forced hundreds of Californians to evacuate their homes Wednesday to escape the threat of mudslides.

The plane, a Embraer 175 aircraft operated by Compass Airlines under contract with Delta, was forced to land in Reno, Nevada, Compass said in a statement.

“We did a nose dive twice,” a passenger wrote on Twitter, according to the newspaper.

“That whole area from Southern California and on up to Washington is primed for severe turbulence at altitude, especially over the mountains” said David Roth, a forecaster with the National Weather Service’s Weather Prediction Center in College Park, Maryland.

Roth said risks for motorists will be highest during Thursday’s morning commute. Some mountain areas in southern and central California will get up to an inch of rain an hour for at least three hours, with the rain continuing throughout the day.

“It will be the most dangerous in areas where there were wildfires,” he said. “The ground is already saturated with water and there’s not much vegetation left to hold the soil.”

Some areas around Los Angeles could see more than five inches (13 cm) of rain from the storm, which is being channeled to the coast by the flow of atmospheric moisture.

Residents of Lake Elsinore, 56 miles (90 km) east of Los Angeles, got mandatory evacuation orders because nearby hillsides, scorched by fire in 2018, might turn into rivers of mud and debris.

Among the hardest-hit areas was northern California, where rain driven by winds up to 75 miles per hour (120 km per hour) pounding parts of Sonoma County’s wine country.

The NWS also expects more than eight feet (2.4 meters) of snow in some areas of the Sierra Nevada mountains. The Pineapple Express is one of a string of storms that have swelled snowfall in California to above-average levels, delighting farmers and skiers following years of drought.