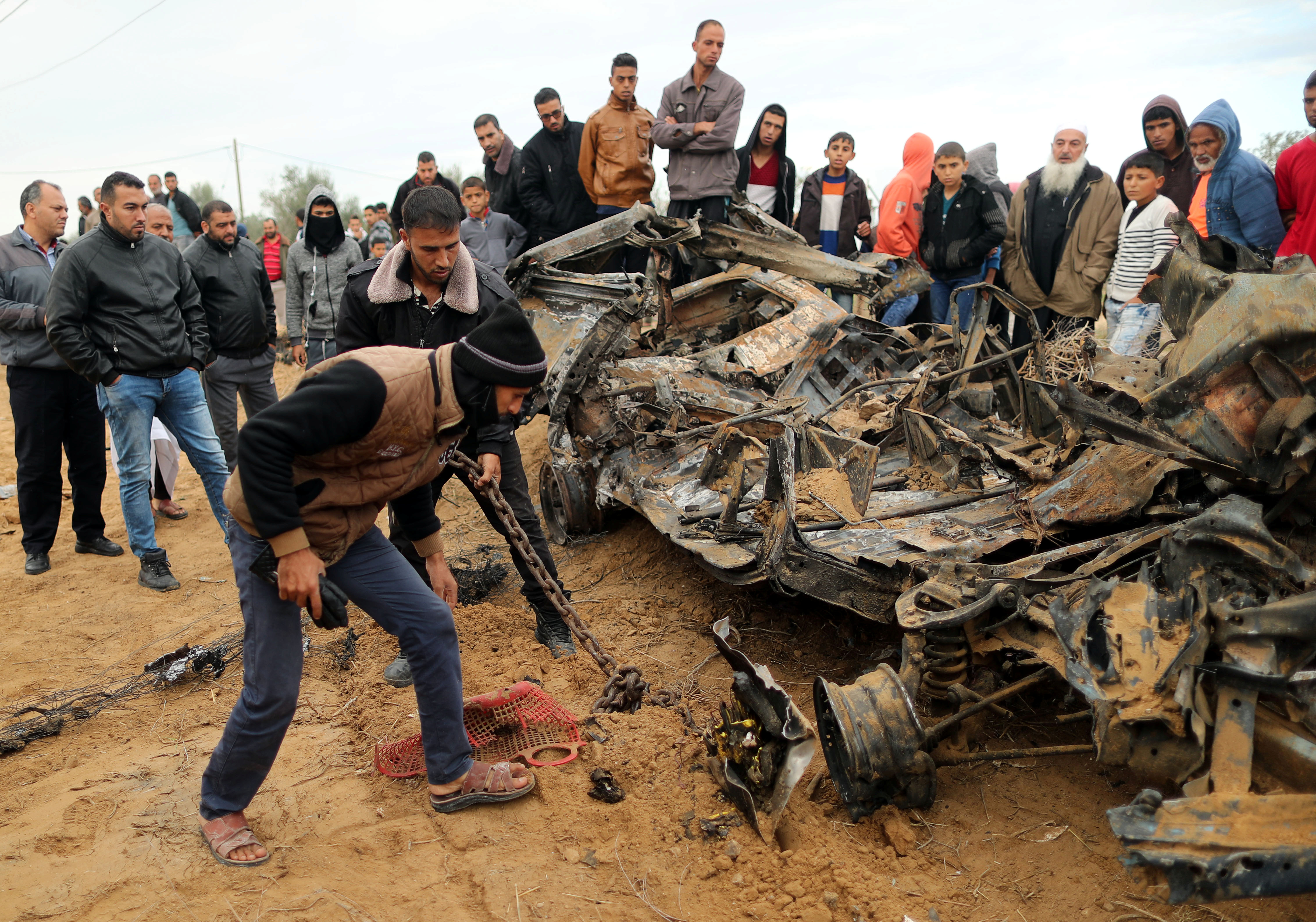 GAZA/JERUSALEM (Reuters) – The Israel-Gaza border fell quiet on Monday after a botched Israeli undercover operation in the Gaza Strip led to fighting that killed a Hamas commander, six other Palestinian militants and an Israeli colonel.

Palestinians fired 17 rockets into southern Israel late on Sunday in response to the incursion and air strikes, which Hamas, the dominant armed group in Gaza, said were intended to cover the retreat of a car used by the Israeli troops.

There were no reports of injuries or damage in Israel, but the military said a lieutenant-colonel, identified only as “M”, had been killed in the raid and another officer wounded.

Hamas said the Israeli actions dealt a blow to Egyptian, Qatari, and U.N. efforts to broker a long-term ceasefire between the Palestinian group and Israel and ease an Israeli blockade that has deepened economic hardship in Gaza.

But neither side appeared eager to pursue broader conflict.

Hamas received $15 million in Qatari-donated cash via Israel on Friday to pay for civil servants’ salaries and fuel to address Gaza’s energy crisis.

No new rocket launches were reported on Monday morning.

Violence has flared regularly along the Israel-Gaza border since Palestinians began protests there on March 30 to demand rights to land lost to Israel in the 1948 war of its creation.

Israeli gunfire has killed more than 220 Palestinians since the start of the demonstrations, which have included breaches of Israel’s border fence.

Hamas said that during Sunday’s fighting, assailants in a passing vehicle opened fire on a group of its armed men, killing one of its local commanders, Nour Baraka. 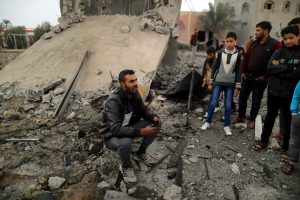 A Palestinian man sits on the remains of a building that was destroyed by an Israeli air strike, in Khan Younis in the southern Gaza Strip November 12, 2018. REUTERS/Suhaib Salem

A pursuit ensued and witnesses said Israeli aircraft fired more than 40 missiles into the area. Palestinian officials said that in addition to Baraka, five other Hamas men and a member of the Popular Resistance Committees were killed.

In an apparent attempt to defuse tensions, Israel’s chief military spokesman said the special forces had not been dispatched to assassinate Hamas commanders, a tactic that led to wider conflict in the past and which has largely been abandoned.

The spokesman, Brigadier-General Ronen Manelis, told Army Radio that covert missions were mounted frequently, comments that suggested the Israeli force may have been gathering intelligence.

“During the operation, it found itself in a very complex situation, faced by enemy forces. The (Israeli) force, including Lieutenant-Colonel M., kept its cool, returned fire and evacuated itself together with the (help of the) air force back into Israel,” Manelis said.

Israeli Prime Minister Benjamin Netanyahu cut short a visit to Paris, where he attended World War One commemorations with other world leaders. He returned home early on Monday.