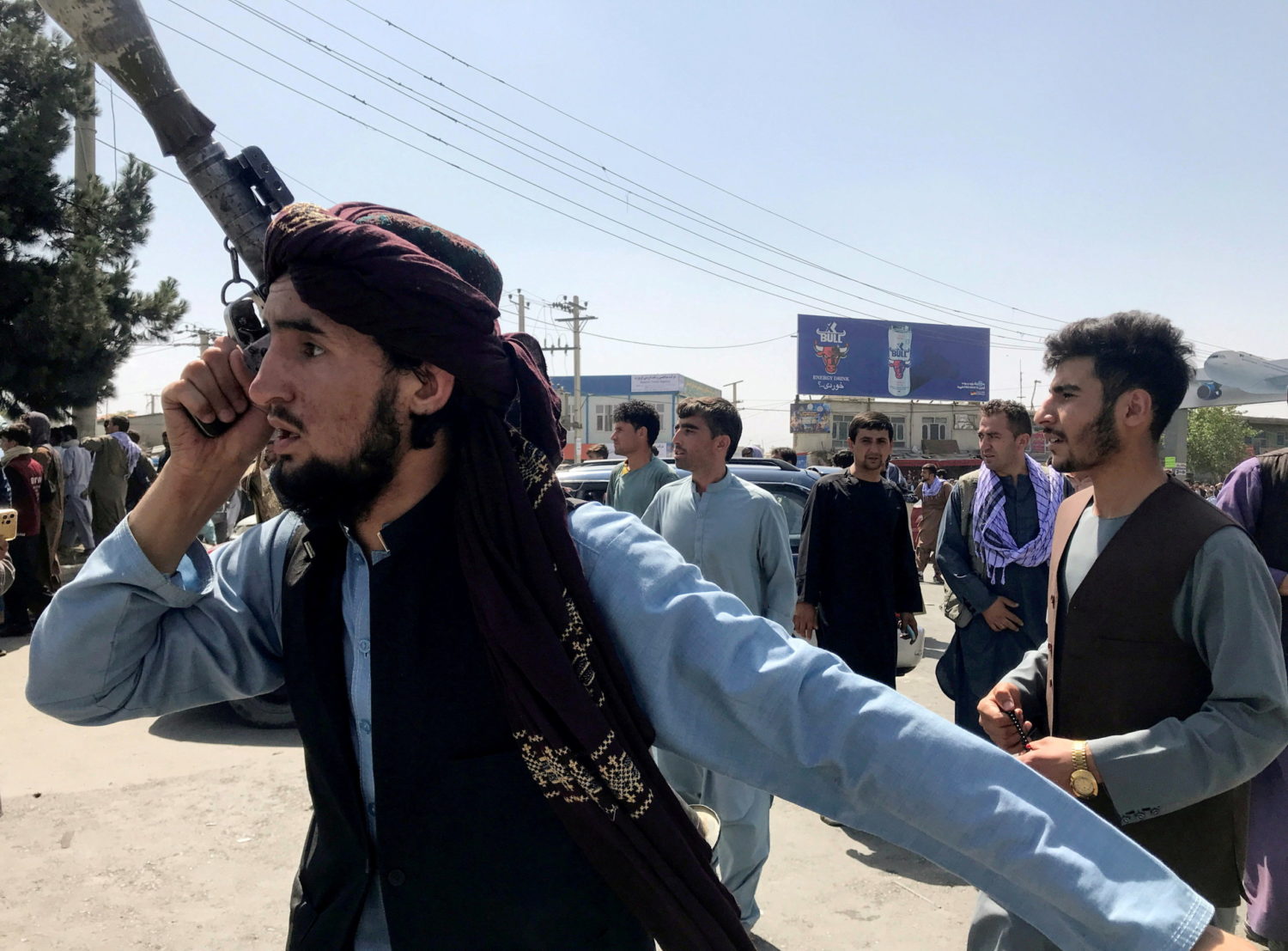 OSLO (Reuters) – The Taliban have begun rounding up Afghans on a blacklist of people they believe have worked in key roles with the previous Afghan administration or with U.S.-led forces that supported it, according to a report by a Norwegian intelligence group.

The report, compiled by the RHIPTO Norwegian Center for Global Analyses and seen by Reuters, said the Taliban were hunting individuals linked to the previous administration, which fell on Sunday when the Islamist militant movement took Kabul.

“Taliban are intensifying the hunt-down of all individuals and collaborators with the former regime, and if unsuccessful, target and arrest the families and punish them according to their own interpretation of Sharia law,” said the report, dated Wednesday.

“Particularly at risk are individuals in central positions in military, police and investigative units.”

The non-profit RHIPTO Norwegian Center for Global Analyses, which makes independent intelligence assessments, said the Afghanistan report was shared with agencies and individuals working within the United Nations.

“This is not a report produced by the United Nations, but rather by the Norwegian Center for Global Analyses,” said a U.N. official, when asked for comment.

A Taliban spokesman did not immediately respond to a request for comment on the report. Since seizing Kabul, the Taliban have sought to present a more moderate face to the world, saying they wanted peace and would not take revenge against old enemies.

The four-page report reproduced a letter it said had been written to one alleged collaborator who was taken from his Kabul apartment this week and detained for questioning over his role as a counter-terrorism official in the previous government.

Reuters could not independently verify its authenticity.

The letter, dated Monday, from the Islamic Emirate of Afghanistan’s Military Commission, noted that the detainee had travelled to the UK as part of his role “which indicates you have had excellent relations with the American and British”.

The detainee’s name was redacted.

Separately, a senior member of the security forces of the ousted administration sent a message to journalists saying that the Taliban had obtained secret national security documents and Taliban were arresting former intelligence and security staff.