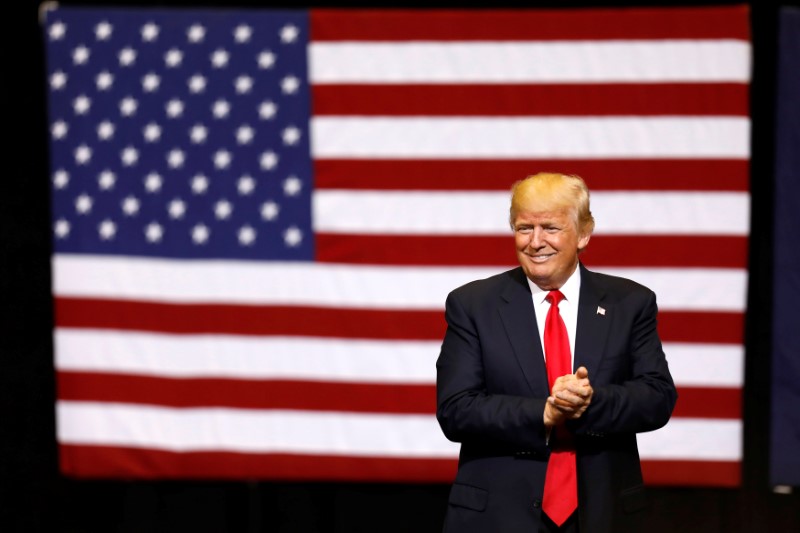 By Amanda Becker and Jeff Mason

WASHINGTON (Reuters) – U.S. President Donald Trump said on Thursday he had not obstructed the FBI’s probe into alleged Russian meddling in the 2016 U.S. presidential election and had not recorded his conversations with former FBI chief James Comey.

Comey was leading the investigation into allegations Russia tried to sway the election toward Trump and the possibility Trump associates colluded with Moscow when the president fired him on May 9, sparking a political firestorm.

The former head of the Federal Bureau of Investigation testified before a Senate committee that Trump had asked him to drop a probe into former national security adviser Michael Flynn’s alleged ties to Russia.

Earlier on Thursday, Trump said he did not make and does not possess any tapes of his conversations with Comey, after suggesting last month he might have recordings that could undercut Comey’s description of events.

“I have no idea whether there are ‘tapes’ or recordings of my conversations with James Comey, but I did not make, and do not have, any such recordings,” Trump wrote on Twitter.

Lawmakers investigating allegations of Russian interference in the U.S. election had asked the White House for any such recordings.

“James Comey better hope that there are no ‘tapes’ of our conversations before he starts leaking to the press!” Trump tweeted on May 12.

Allegations of ties to Russia have cast a shadow over Trump’s first five months in office, distracting from attempts by his fellow Republicans in Congress to overhaul the U.S. healthcare and tax systems.

Trump has privately told aides that the threat of the existence of tapes forced Comey to tell the truth in his recent testimony, a source familiar with the situation said.

Adam Schiff, the top Democrat on the House of Representatives Intelligence Committee, said Trump still had questions to answer about possible tapes.

“If the president had no tapes, why did he suggest otherwise? Did he seek to mislead the public? Was he trying to intimidate or silence James Comey? And if so, did he take other steps to discourage potential witnesses from speaking out?” Schiff said in a statement.

CNN reported on Thursday that two top U.S. intelligence officials told investigators Trump suggested they publicly deny any collusion between his campaign and Russia, but that they did not feel he had ordered them to do so.

The two officials said they were surprised at Trump’s suggestion and found their interactions with him odd and uncomfortable, but they did not act on the president’s requests, CNN reported, citing sources familiar with their accounts.

Reuters was unable to verify the CNN report.

In his interview with Fox, Trump expressed concern about what he described as the close relationship between Comey and Mueller, who was appointed to take over the investigation after Comey was fired.

“Well he’s very, very good friends with Comey, which is very bothersome,” Trump said, according to the Fox transcript.

The Kremlin has denied U.S. intelligence agencies’ conclusion that Moscow tried to tilt the election in Trump’s favor, using such means as hacking into the emails of senior Democrats.

Trump has repeatedly denied any collusion. 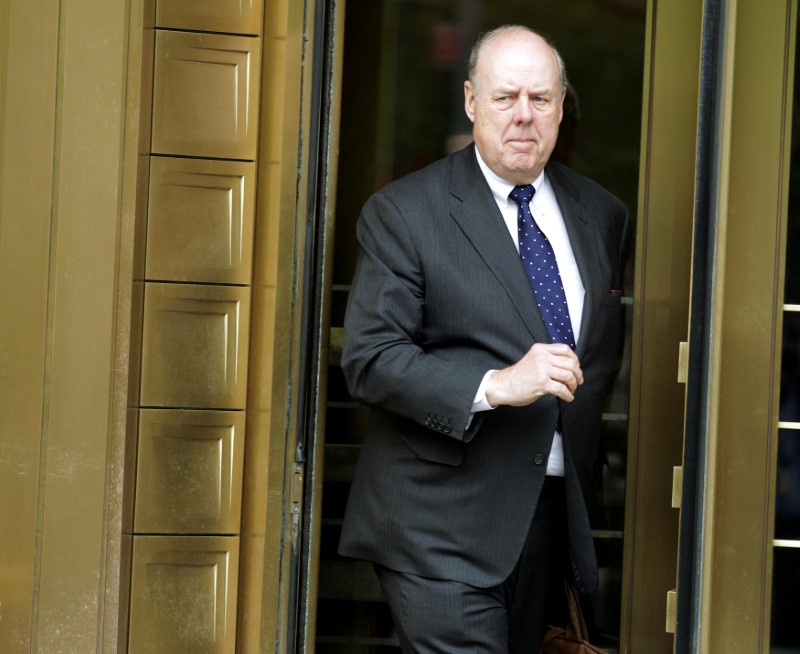 NEW YORK (Reuters) – The latest lawyer hired to represent U.S. President Donald Trump in the federal investigation of Russian interference in the 2016 election is an ex-Marine who likens some cases to war.

“I fight hard,” John Dowd said in an interview. “I believe that’s what I’m supposed to do. I am not a snowflake, I can tell you that.”

“Snowflake” is a disparaging term for people considered overly sensitive and fragile that has been adopted by some Trump supporters to mock liberals.

Dowd, who spoke with Reuters on Wednesday, is a mirror of his client in many ways. He has a no-holds-barred, hyperbolic style and a history of attacking prosecutors, congressional Democrats and the media.

The team, led by New York lawyer Marc Kasowitz, is tasked with responding to Robert Mueller, the special counsel named by the Justice Department to probe whether anyone associated with Trump or his campaign had any illegal dealings with Russian officials or others with ties to the Kremlin.

Russian officials have denied meddling in the U.S. election, and Trump denies any collusion by his campaign.

In what Dowd said would be his last major trial, he defended billionaire hedge fund founder Raj Rajaratnam in one of the biggest insider trading cases of all time.

Rajaratnam was convicted of all 14 insider trading counts and sentenced to 11 years in prison in 2011.

Former Assistant U.S. Attorney Reed Brodsky, who prosecuted the case, said Dowd put on a strong defense in the face of overwhelming evidence. “This is war, and I will defeat you,” Brodsky recalled Dowd declaring in one phone conversation.

Dowd confirmed the sentiment on Wednesday. “It is a war,” he said of such cases.

His tactics in the Rajaratnam case reflected that belief. Dowd aggressively challenged the prosecution’s stance on what constituted insider trading. He also fought the government’s wiretaps of his client’s cell phone, claiming investigators “gamed the system.”

Brodsky said he believed the physically commanding 6-foot-4-inch-tall Dowd would be a “ferocious defender of the president.”

In a manner similar to Trump, Dowd lashed out at what he perceived to be improper leaks by prosecutors and the Federal Bureau of Investigation during the Rajaratnam case, singling out then-Manhattan U.S. Attorney Preet Bharara in particular.

“He sat in the back of the courtroom with his press dogs,” Dowd said. “It was the most atrocious thing I’ve ever seen.”

Dowd also went after reporters. Bharara, who declined to comment on Wednesday, last weekend retweeted an intemperate 2011 email the defense lawyer sent to a Wall Street Journal reporter he accused of “whoring” for the prosecution.

In another encounter with the press caught on camera, Dowd swore at and gave the middle finger to a CNBC reporter.

Like Trump, Dowd has a tendency to put his own spin on adverse news. After the Rajaratnam verdict, Dowd argued “the defense is winning” because the prosecution chose not to pursue 23 other allegations of insider trading. “The score is 23-14,” he told reporters.

In a 2007 congressional probe of politically motivated firings of U.S. Attorneys, Dowd complained of McCarthyism when his client, former Justice Department official Monica Goodling, was criticized by Democrats for invoking the Fifth Amendment against self-incrimination.

Dowd represented U.S. Senator John McCain on congressional ethics charges in the 1980s “Keating Five” banking scandal and conducted the Major League Baseball investigation that led to former Hall of Famer Pete Rose being banned from the sport for betting on games while he was manager of the Cincinnati Reds.

Dowd would not discuss legal strategy for Trump but said the team the president had assembled was great. “We’re all fighters,” he said.

Though his hiring was first reported Friday, a person familiar with the matter said Dowd has been working with the team for weeks. Dowd said he knew Kasowitz partner Michael Bowe, who is also representing Trump, and met with Kasowitz at the end of May. Jay Sekulow, another member of the team, has been appearing on television on Trump’s behalf.

Dowd also said he talked with the president but declined to describe their conversation. He called Trump “a fighter for the people” and said the president had done nothing wrong.

A onetime military lawyer with the U.S. Marine Corps, Dowd noted his shared service in declining to criticize Mueller, a Marine platoon leader during the Vietnam War.

“Bobby is doing what he has to do and he’ll do a good job,” said Dowd. “He’s a fellow Marine and he’s a good man.”