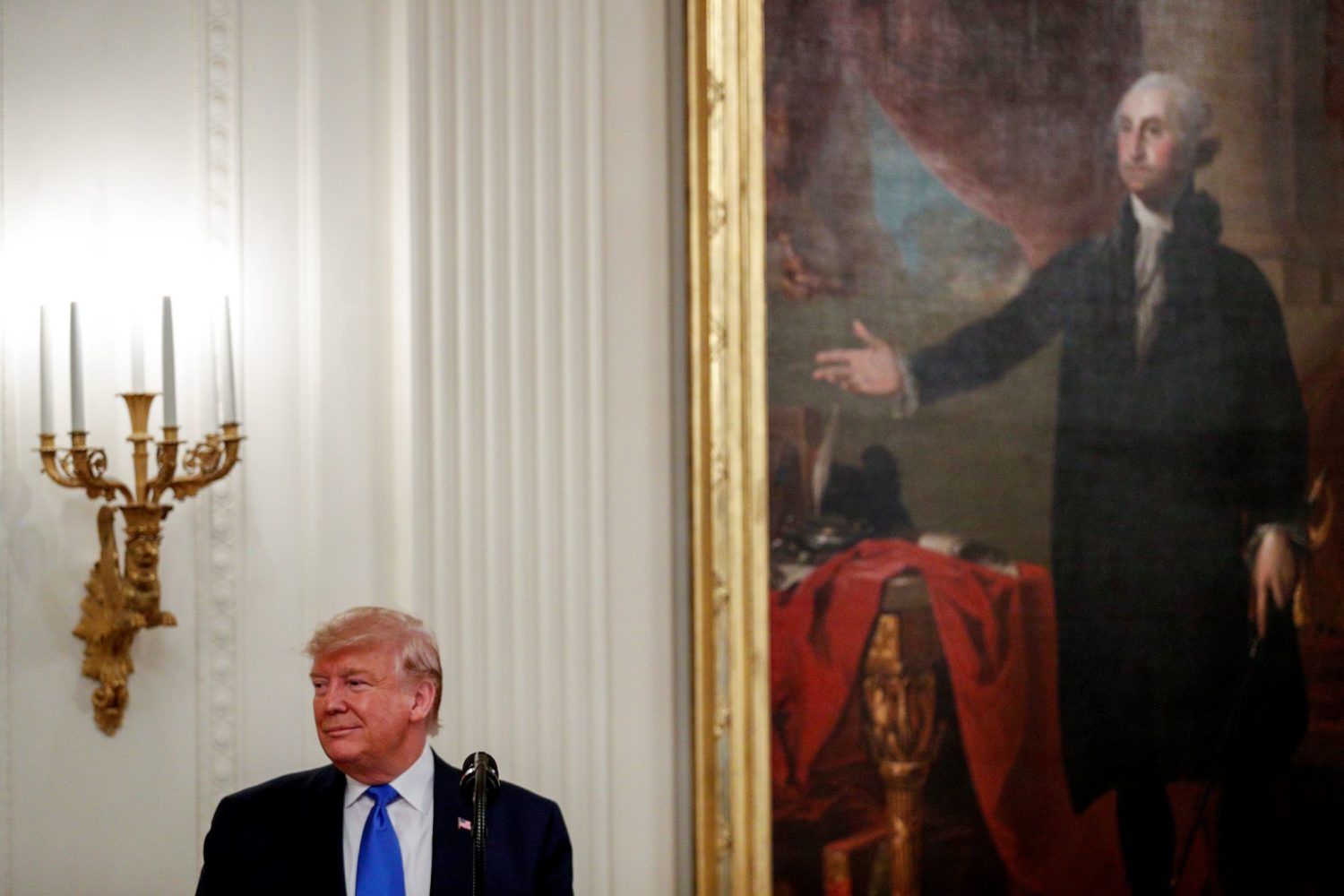 WASHINGTON (Reuters) – U.S. President Donald Trump predicted on Friday that a government watchdog report on the origins of the probe into Russian interference in the 2016 U.S. presidential election, which engulfed two years of his presidency, will be historic.

“The word is it’s historic,” Trump told Fox News Channel about an upcoming Justice Department watchdog report on the FBI’s adherence to Foreign Intelligence Surveillance Act requirements during the 2016 campaign.

“That’s what I hear. If it’s historic, you’re going to see something,” Trump said, declining to say how he knew.

Trump supporters have claimed the report from the Justice Department’s inspector general, which is expected to be released on Dec. 9, will raise questions about the legitimacy of FBI investigations into alleged links to Russia by Trump and some of his campaign advisers.

A central issue the inspector general’s office said the report looked into is how closely the FBI stuck to the law and rules when it went to a secret court beginning in 2016 to obtain authorization to conduct electronic monitoring of “a certain U.S. person.”

Carter Page, a onetime foreign policy adviser to Trump’s 2016 campaign, recently sued the Justice Department, accusing it of violating his privacy by failing to give him an opportunity to examine the report before publication. 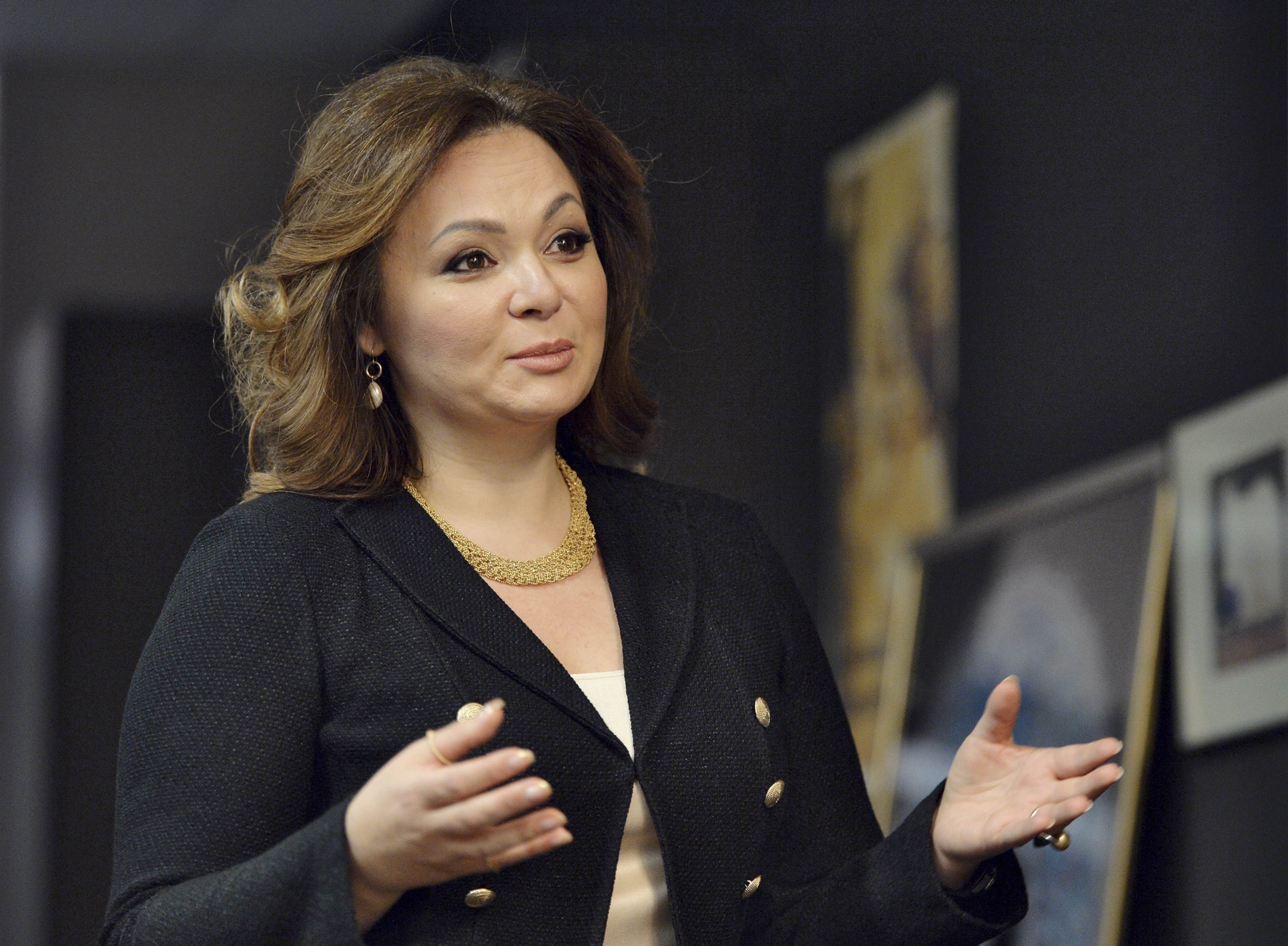 By Maria Tsvetkova and Jack Stubbs

The documents show that the lawyer, Natalia Veselnitskaya, successfully represented the FSB’s interests in a legal wrangle over ownership of an upscale property in northwest Moscow between 2005 and 2013.

The FSB, successor to the Soviet-era KGB service, was headed by Vladimir Putin before he became Russian president.

There is no suggestion that Veselnitskaya is an employee of the Russian government or intelligence services, and she has denied having anything to do with the Kremlin.

But the fact she represented the FSB in a court case may raise questions among some U.S. politicians.

The Obama administration last year sanctioned the FSB for what it said was its role in hacking the election, something Russia flatly denies.

Charles Grassley, Republican chairman of the Senate Judiciary Committee, has raised concerns about why Veselnitskaya gained entry into the United States. Veselnitskaya represented a Russian client accused by U.S. prosecutors of money laundering in a case that was settled in May this year after four years.

Veselnitskaya did not reply to emailed Reuters questions about her work for the FSB. But she later posted a link to it on her Facebook page on Friday.

“Is it all your proof? You disappointed me,” she wrote in a post.

“Dig in court databases again! You’ll be surprised to find among my clients Russian businessmen… as well as citizens and companies that had to defend themselves from accusations from the state…”

Veselnitskaya added that she also had U.S. citizens as clients.

The FSB did not respond to a request for comment.

Reuters could not find a record of when and by whom the lawsuit – which dates back to at least 2003 – was first lodged. But appeal documents show that Rosimushchestvo, Russia’s federal government property agency, was involved. It did not immediately respond to a request for comment.

Veselnitskaya and her firm Kamerton Consulting represented “military unit 55002” in the property dispute, the documents show.

A public list of Russian legal entities shows the FSB, Russia’s domestic intelligence agency, founded the military unit whose legal address is behind the FSB’s own headquarters.

Reuters was unable to establish if Veselnitskaya did any other work for the FSB or confirm who now occupies the building at the center of the case.

President Donald Trump’s eldest son eagerly agreed in June 2016 to meet Veselnitskaya, a woman he was told was a Russian government lawyer who might have damaging information about Democratic White House rival Hillary Clinton, according to emails released by Trump Jr.

Veselnitskaya has said she is a private lawyer and has never obtained damaging information about Clinton. Dmitry Peskov, a spokesman for the Kremlin, has said she had “nothing whatsoever to do with us.”

Veselnitskaya has also said she is ready to testify to the U.S. Congress to dispel what she called “mass hysteria” about the meeting with Trump Jr.

The case in which Veselnitskaya represented the FSB was complex; appeals courts at least twice ruled in favor of private companies which the FSB wanted to evict.

The FSB took over the disputed office building in mid-2008, a person who worked for Atos-Component, a firm that was evicted as a result, told Reuters, on condition of anonymity.

The building was privatized after the 1991 Soviet collapse, but the Russian government said in the lawsuit in which Veselnitskaya represented the FSB that the building had been illegally sold to private firms.

The businesses were listed in the court documents, but many of them no longer exist and those that do are little-known firms in the electric components business.

Elektronintorg, an electronic components supplier, said on its website that it now occupied the building. Elektronintorg is owned by state conglomerate Rostec, run by Sergei Chemezov, who, like Putin, worked for the KGB and served with him in East Germany.

When contacted by phone, an unnamed Elektronintorg employee said he was not obliged to speak to Reuters. Rostec, responding to a request for comment, said that Elektronintorg only had a legal address in the building but that its staff were based elsewhere.

When asked which organization was located there, an unidentified man who answered a speakerphone at the main entrance laughed and said: “Congratulations. Ask the city administration.” 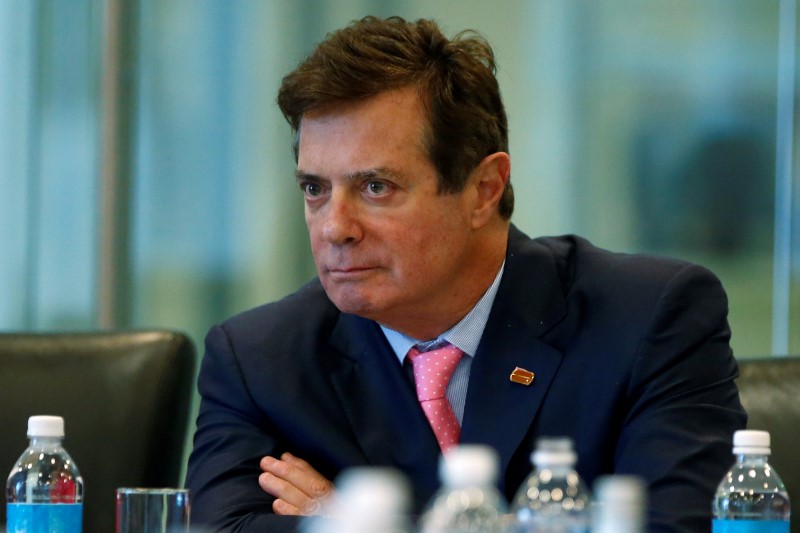 Between 2006 and 2013, Manafort bought three New York properties, including one in Trump Tower in Manhattan. He paid for them in full and later took out mortgages against them. A former senior U.S. law enforcement official said that tactic is often used as a means to hide the origin of funds gained illegally. Reuters has no independent evidence that Manafort did this.

The sources also did not say whether Mueller has uncovered any evidence to charge Manafort with money laundering, but they said doing so is seen by investigators as critical in getting his full cooperation in their investigation.

“If Mueller’s team can threaten criminal charges against Manafort, they could use that as leverage to convince him to cooperate,” said one of the sources.

Manafort’s spokesman, Jason Maloni, said, “Paul Manafort is not a cooperating witness. Once again there is no truth to the disinformation put forth by anonymous sources and leakers.”

Manafort is seen as a key figure in the investigation because of his senior role in the campaign and his participation in a June 2016 meeting that included the president’s son, Donald Trump Jr., close adviser Jared Kushner and Russian lawyer Natalia Veselnitskaya.

The meeting was called after the lawyer offered damaging information about Democratic presidential candidate Hillary Clinton.

Mueller’s team asked the White House on Friday to preserve all of its communications about that meeting. Mueller is examining contacts between Russian officials and Trump associates during and after the Nov. 8 presidential election as part of a broader investigation into whether Russia tried to sway the election in favor of Trump.

Manafort became Trump’s campaign manager in June 2016 but was forced to resign two months later amid reports of his business relationship with the Kremlin-backed former Ukrainian leader, Viktor Yanukovich.

Manafort previously worked as a consultant to a pro-Russia political party in Ukraine and helped support Yanukovich. According to a financial audit reported by the New York Times, he also once owed $17 million to Russian shell companies.

Former Southern District of New York U.S. Attorney Preet Bharara was investigating Manafort’s real estate dealings before he was fired by Trump in March, and Mueller has now assumed control of that investigation, one of the sources said.

Bharara was not available for comment on his investigation on Friday.