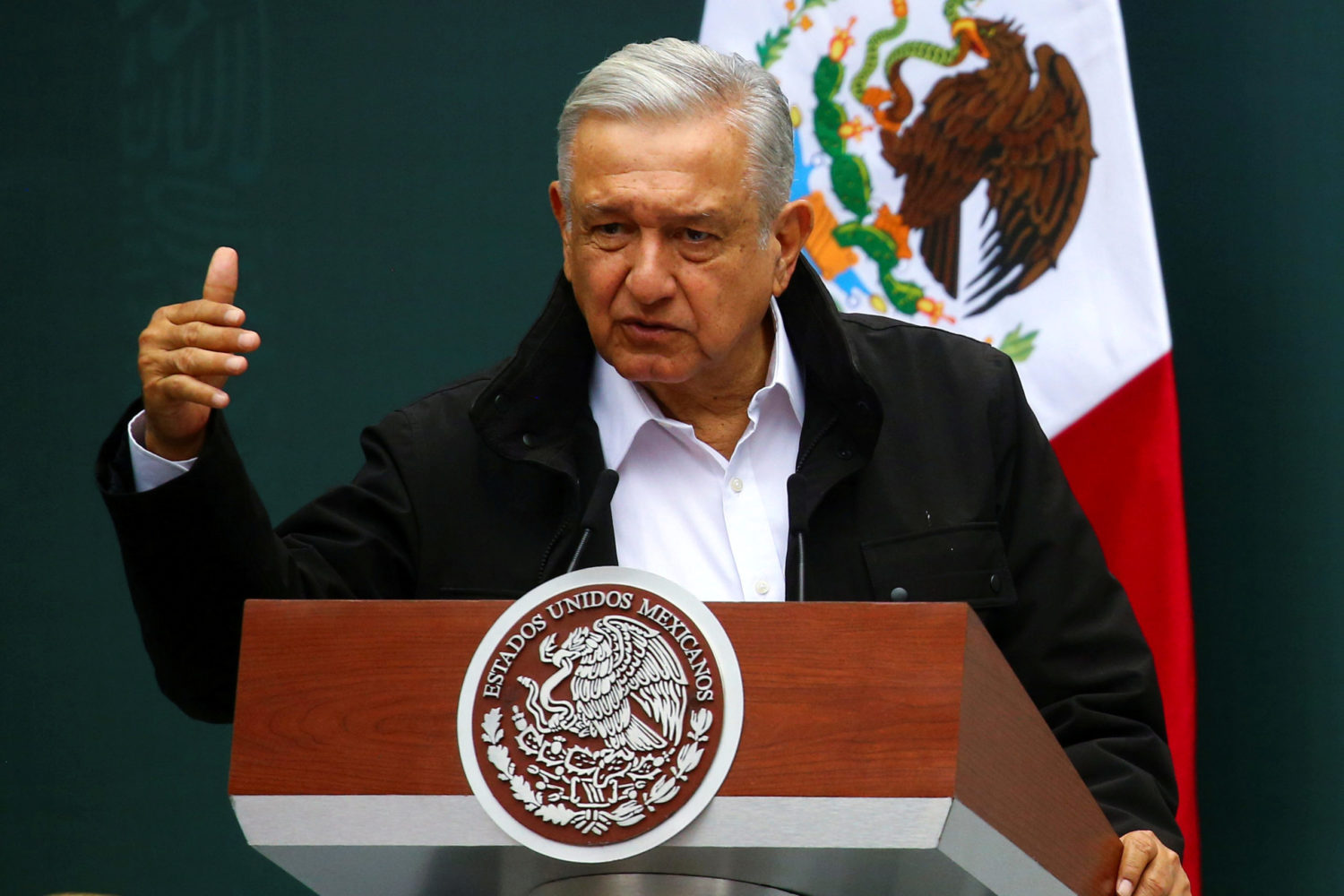 MEXICO CITY (Reuters) – Mexico’s president on Friday promised to clean up the armed forces but backed its current leadership after the arrest of a former defense minister on U.S drug charges, which he called evidence some of his predecessors were “mafiosi.”

The stunning detention in Los Angeles of Salvador Cienfuegos, defense minister until 2018, took Mexico’s security establishment by surprise, senior federal sources said. U.S. authorities did not warn their counterparts of the operation.

The fall of Cienfuegos marks the first time a former defense minister has been arrested, and will have far reaching implications for Mexico’s drug war, which has been led by the armed forces for more than a decade.

“We won’t cover up for anybody,” he said, before voicing fulsome support for Cienfuegos’ successor at the head of the army and his counterpart in the navy, noting that he had personally vetted them for honesty.

Under Lopez Obrador, the armed forces have taken on more responsibility, including establishing a militarized national police force, overseeing port security and working on infrastructure projects.

The arrest comes less than three weeks before the U.S. presidential election. President Donald Trump, seeking a second term, has made clamping down on drug cartels a priority, though without major progress since he took office in 2017.

Some Mexican officials were privately shocked at the detention of Cienfuegos in Los Angeles airport, worrying it was an unprecedented U.S. intervention against a symbol of Mexican national security.

“It was totally unexpected, I never saw this coming, never, never,” said a senior police source.

Lopez Obrador quickly incorporated the arrest into his narrative that predecessors had presided over a debilitating increase in corruption in Mexico, which for years has been convulsed by often horrific levels of drug gang violence.

Mexican Foreign Minister Marcelo Ebrard said he had received word from the Mexican consulate in Los Angeles that Cienfuegos, 72, was facing five counts of drug charges and would be transferred from Los Angeles to New York. Sources earlier told Reuters that one of the charges related to money laundering.

Lopez Obrador said he only heard about the arrest after the event, though he noted that Mexico’s ambassador to the United States, Martha Barcena, had informed him about two weeks ago that there was talk of an investigation involving Cienfuegos.

There had been no open probe in Mexico on Cienfuegos and his arrest was linked to the case against Genaro Garcia Luna, Mexico’s security minister from 2006-2012, who Lopez Obrador said.

Garcia Luna is on trial in New York charged with accepting millions of dollars in bribes from captured kingpin Joaquin “El Chapo” Guzman’s Sinaloa Cartel, which he was meant to fight.

Like Garcia Luna, Cienfuegos had been a major figure in Mexico’s drug war, which has claimed hundreds of thousands of lives over the past two decades.

Under Cienfuegos, the army was accused of extrajudicial killings, including the June 2014 Tlatlaya massacre in central Mexico, where 22 drug gang members were shot dead.

They included the kidnapping and suspected massacre of 43 student teachers in September 2014 in the city of Iguala by drug gang members in cahoots with corrupt police. Last month arrest warrants were issued in Mexico for soldiers linked to the case.

Mexico’s armed forces are generally perceived as less prone to corruption than the police. However, that image has been gradually corroded since former president Felipe Calderon first sent in the military to fight the gangs at the end of 2006.