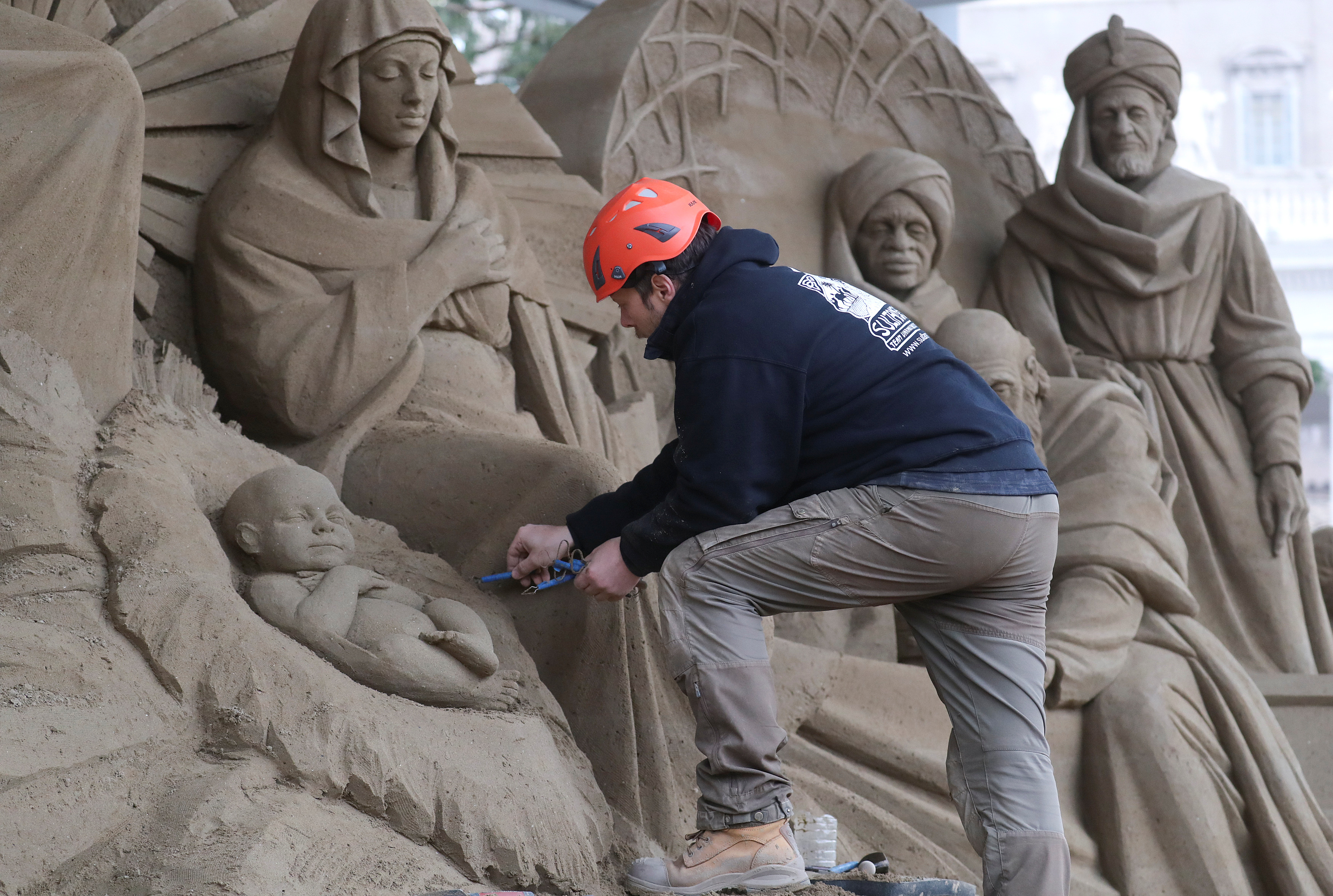 VATICAN CITY (Reuters) – The traditional nativity scene in St. Peter’s Square won’t be so traditional this year. For the first time, it is made of sand – 720 tons of it.

For the past two weeks, Rich Varano, a professional sand artist, has been guiding three sculptors from the Netherlands, Russia and the Czech Republic, to craft the work, which measures about 5.5 meters high by 16 meters wide (18 feet high by 52 feet wide). 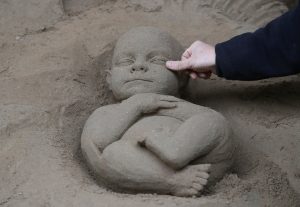 An artist works on a sand sculpture representing baby Jesus as a part of nativity scene in St. Peter’s square at the Vatican, December 6, 2018. REUTERS/Alessandro Bianchi

Varano, 60, the artistic director of the massive work, doesn’t mind if you call him “Mr. Sandman”. Sand is his life and love. The American from Florida divides his time between the United States and Italy.

“It’s very special to be making one here in a place with so much history, so much culture, so much art and in the shadow of such masters,” he told Reuters on Thursday as his team worked quietly to finish ahead of Friday’s unveiling to the public.

“It is an incredibly humbling experience to be here,” he said.

Heavy trucks brought the sand, of a type particularly suited for sculpting, from the northern Italian seaside city of Jesolo, near Venice, in mid-November.

It was compacted into a large rectangle and the artists started sculpting away from the top down with tools including sticks, trowels, and even dental utensils for the finer parts.

“What separates us professionals and the average person playing on the beach is that we understand how to make sand stick together well,” the white-bearded Varano said, wearing a yellow hard hat.

The scene consists of Joseph, Mary, the infant Jesus, angels, shepherds, animals and the three wise men, kings the Bible says followed a star in the east that led them to Bethlehem.

Varano said beach sand is not suitable, partly because it is not very compactable. The sand is taken from more inland areas and is similar to river sand.

A large overhead canopy will protect the scene from any heavy rain and plastic curtains will be lowered in case of storms or strong winds before it is dismantled in January.

“It’s an ephemeral art in the sense that it is not intended to last forever,” he said, “even though we could make it last indefinitely if we wanted to”.

Varano said he expected some criticism from conservatives who think nativity scenes should be made up of traditional statues.

“I would not be surprised if there were some people who had concerns, but there are so many more who will enjoy it and that makes me happy,” he said.

Once the Christmas season is over, it will be returned there and used for other sand sculptures.