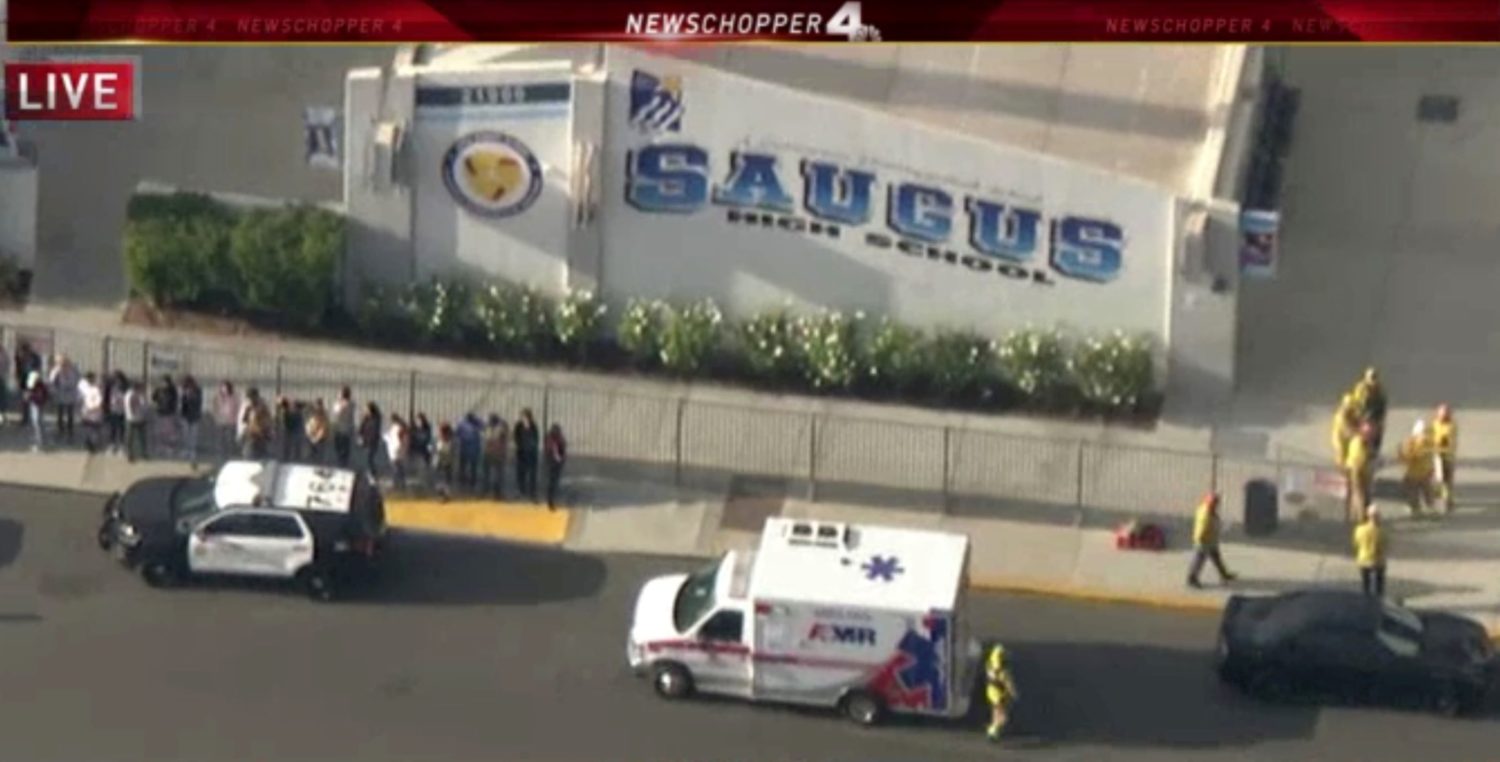 SANTA CLARITA, Calif. (Reuters) – A California high school student dressed in black is suspected of having opened fire on campus on Thursday, killing at least one person and wounding several others before he was arrested, officials said.

“Suspect is in custody and being treated at a local hospital,” Los Angeles County Sheriff Alex Villanueva said on Twitter.

In addition to a dead female, two males were in critical condition and another was in good condition, Henry Mayo Newhall Hospital said on Twitter.

“We believe at this time that there is only one suspect but we are actively investigating and following all leads,” the Santa Clarita Valley branch of the Los Angeles County Sheriff’s Office said on Twitter.

The suspect was described by police as an Asian male and a student at Saugus High School in Santa Clarita, about 50 miles (80 km) north of Los Angeles.

A weapon was recovered at the scene, a police officer told NBC television.

The incident marked yet another school shooting in the United States, where repeated mass shootings in recent years have intensified the debate about gun control and the constitutional right for citizens to keep and bear arms.

Video from local NBC television showed a line of students marching away from the school and a row of police and fire department vehicles parked out front.

“I was really, really scared. I was shaking,” one female student told NBC television, adding that she saw one person lying on the ground covered in blood.

The student said she was doing homework when people started running, and she hid under a table until police entered the building.

The mother of student Anthony Peters told NBC he was still on lockdown inside the school but had texted that he was uninjured.

“One of the teachers said, ‘There is an active shooter. I heard the shots and saw three kids get shot,'” Peters’ mother told NBC.

Some of the wounded were being treated in a grassy area on the school’s campus, the Los Angeles Times reported. At least one injured person was found in the school’s choir room, authorities told the newspaper.

Some 2,300 students attend the school, which is made up of more than a dozen buildings.

The scene at Saugus High School was reminiscent of other recent mass shootings at schools across the United States, including the massacre at Marjory Stoneman Douglas High School in Parkland, Florida, where a former student with an assault gun killed 17 people on Feb. 14, 2018.

The Valentine’s Day massacre at Stoneman ignited a nationwide student-led movement, calling for school and gun safety. In August, survivors of that shooting released a sweeping gun-control plan that would ban assault-style rifles and take other steps with the aim of halving U.S. firearms deaths and injuries within a decade.

This year marks the 20th anniversary of the shooting at Columbine High School in Colorado, where two teenagers went on a rampage, fatally shooting 12 students and a teacher and wounding more than 20 others before killing themselves.

“Speechless about the shooting in Southern California,” tweeted Cameron Kasky, a survivor of the Parkland shooting, who was one of the students who organized rallies and lobbying efforts in Florida’s capital Tallahassee and Washington following the shooting.

“Sending love and strength to the whole community,” Kasky added.