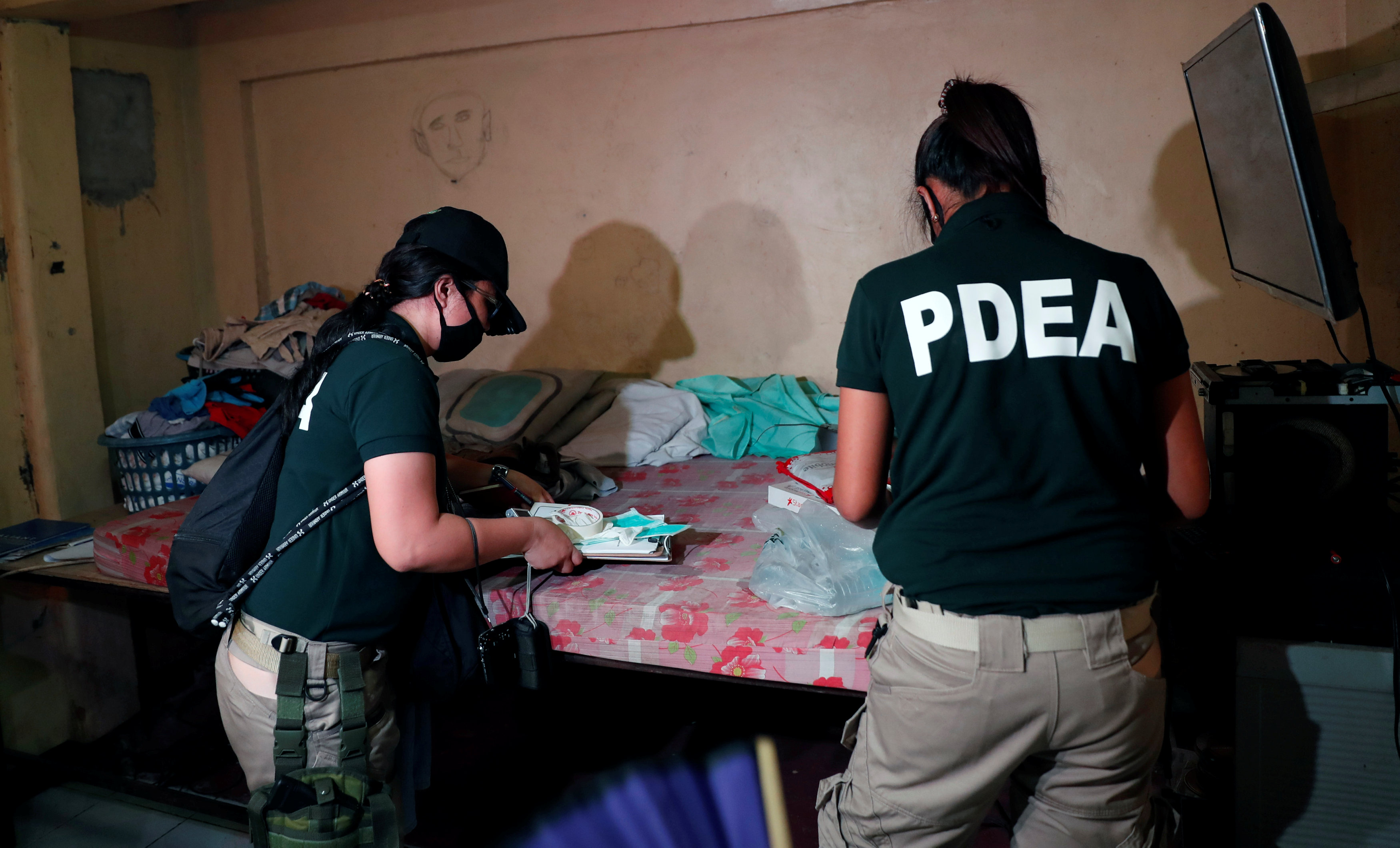 MANILA (Reuters) – Carrying firearms and search warrants, and prepared for fierce resistance, about 30 Philippine anti-drugs agents pour out of three vans in a dramatic raid in one of the capital’s illicit drugs hotbeds.

Some wearing flak jackets, others carrying rifles, the agents burst into three suspected drug dens in Manila’s Tondo area and in under an hour, arrest all four targets, without a drop of blood spilled.

The operation by the Philippine Drug Enforcement Agency, or PDEA, was one of the success stories of an 18-month-old war on drugs.

That campaign has faced intense criticism from United Nations’ officials, some governments, and human rights groups, because it has led to the killing of nearly 4,000 mostly poor Filipinos, largely by the police.

Human rights monitors allege that executions by the police have been commonplace. The police say that the killings have been in self defense.

In what he suggested was a move to appease such criticism, President Rodrigo Duterte in October put PDEA in charge of his signature campaign, challenging an agency with just a fraction of the manpower of the police. He has since ordered the police to play only a supporting role.

Reuters journalists spent more than a week with a PDEA unit in Manila earlier this month and joined them in the Tondo operation, which agents said followed weeks of surveillance.

Duterte’s critics say his drugs war is targeting street-level dealers and lacks commitment to go after drug cartels behind the methamphetamine supply.

PDEA disputes that, and highlights the challenges it faces in going after kingpins with only 1,000 agents compared to the 190,000 personnel the police had drawn from.

Each agent juggles intelligence gathering, drug busts and raids, and often exasperatingly long court appearances that disrupt operations. Cases must be watertight, they say, as high-profile targets can afford to hire top lawyers.

“We see to it that we are morally convinced that the suspect is really involved in drugs,” said an agent, known as “Happy”, who requested his full name be withheld to ensure operations are not compromised.

PDEA insists it does everything possible to avoid bloodshed. It says that 28 drug suspects and 11 PDEA personnel were killed during its operations from the start of Duterte’s campaign to the middle of October.

“If the suspect does not fight back, why would we kill them?” said Christy Silvan, the acting deputy head of PDEA’s special enforcement service.

“But if that person fights back and has a gun, then we would not allow our troops to be the first one killed.”

Founded in 2002, the agency specializes in gathering intelligence and its typical operations revolve around searching for mid-level to prominent drug suspects, making arrests, compiling evidence and supporting court proceedings.

According to “Happy”, the threat remains even when criminals are in handcuffs, because agents have to appear in court to testify.

“If we got a big-time drug lord, they may hire a hitman to kill us,” he said.