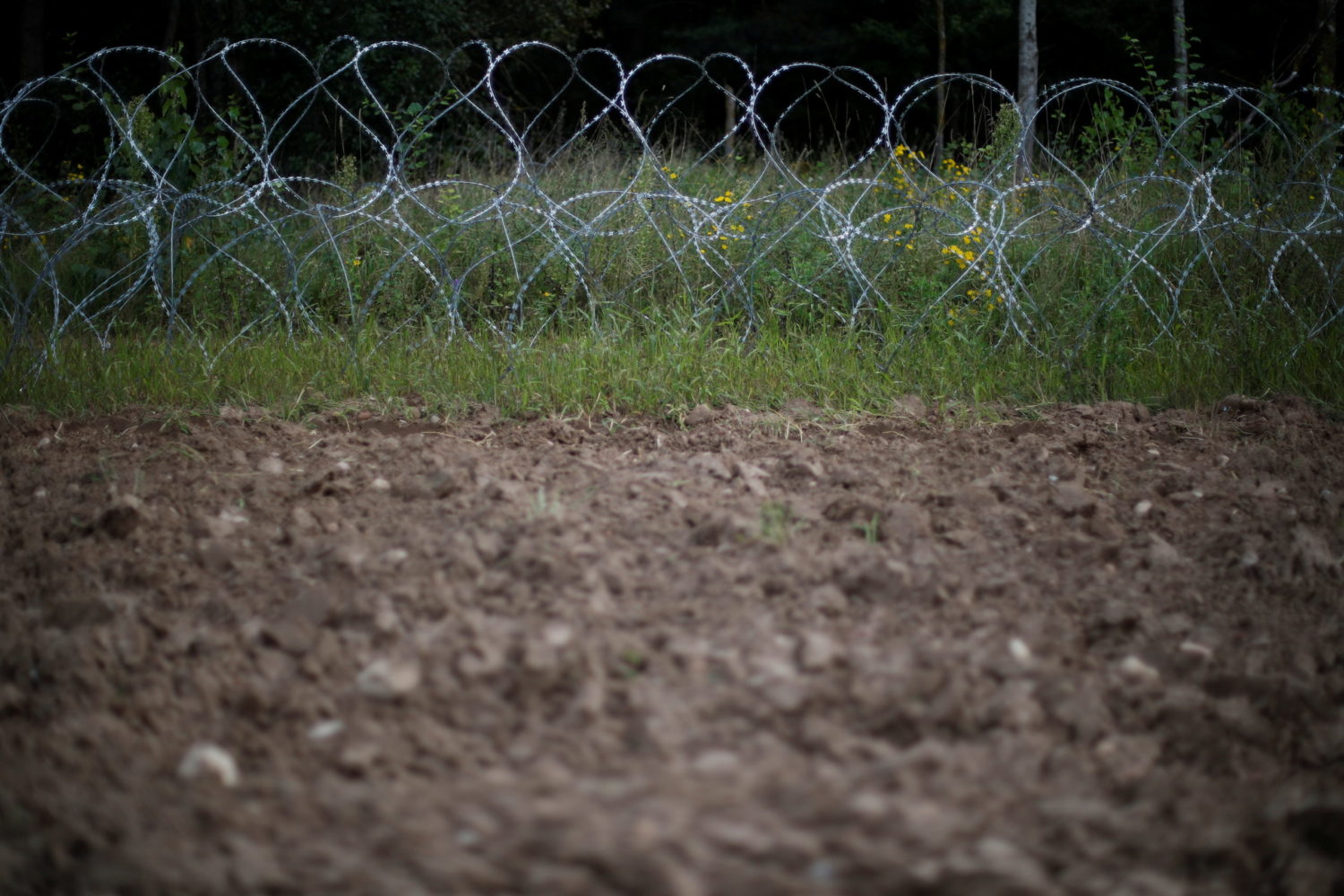 WARSAW (Reuters) – A Polish refugee charity said on Wednesday 25 migrants camped on the Poland-Belarus border were unwell, including a mother of five who would soon die without help from the authorities.

The Ocalenie Foundation say the Polish Border Guard’s refusal to let anyone from the Polish side deliver food or medicine to the 32-strong group, who have been on the Belarus side of the border for around two weeks, is putting lives at risk. It said 12 were seriously ill.

Polish opposition lawmaker Franciszek Sterczewski was filmed trying to run past Border Guard officers with a bag he said contained food and medicine before being bundled to the ground.

The group of migrants has become embroiled in a broader dispute between the European Union and Belarus.

The European Union accuses Belarus President Alexander Lukashenko of orchestrating the arrival of thousands of people at the borders of Lithuania, Latvia and Poland in retaliation for sanctions imposed on the former Soviet republic.

The Belarusian foreign ministry on Tuesday accused Poland of provoking migrant flows from Afghanistan as part of the U.S. coalition, according to the state-run Belta news agency. It blamed the breakdown in border cooperation on the EU.

Poland, which said this week it would build a fence on the border and double the number of troops there to halt the flow, says responsibility for the migrants lies with Belarus.

Prime Minister Mateusz Morawiecki said on Wednesday that a convoy of humanitarian aid offered by Poland had been refused by Minsk. His deputy foreign minister said Belarusian authorities were providing the migrants with water, food and cigarettes.

The Ocalenie Foundation, which has been communicating with the migrants using a translator with a megaphone from a distance, said they were desperate.

“They don’t have drinking water. They have had nothing to eat since yesterday,” it said.

“Fifty-two-year-old Mrs. Gul will soon die in front of her five children. Rescue is needed NOW,” it said on Twitter.

It said the woman was from Afghanistan and she had two sons and three daughters with her, the youngest of whom was aged 15. It declined to provide further details, but said the other migrants were also from Afghanistan.

Poland’s Border Guard said on Friday it had asked Belarusian authorities three times to intervene with the group and that Belarus said it was doing so.

“We don’t know what the state of these people’s health is,” Border Guard spokeswoman Anna Michalska said. Reuters was unable to independently verify the condition of the migrants’ health.