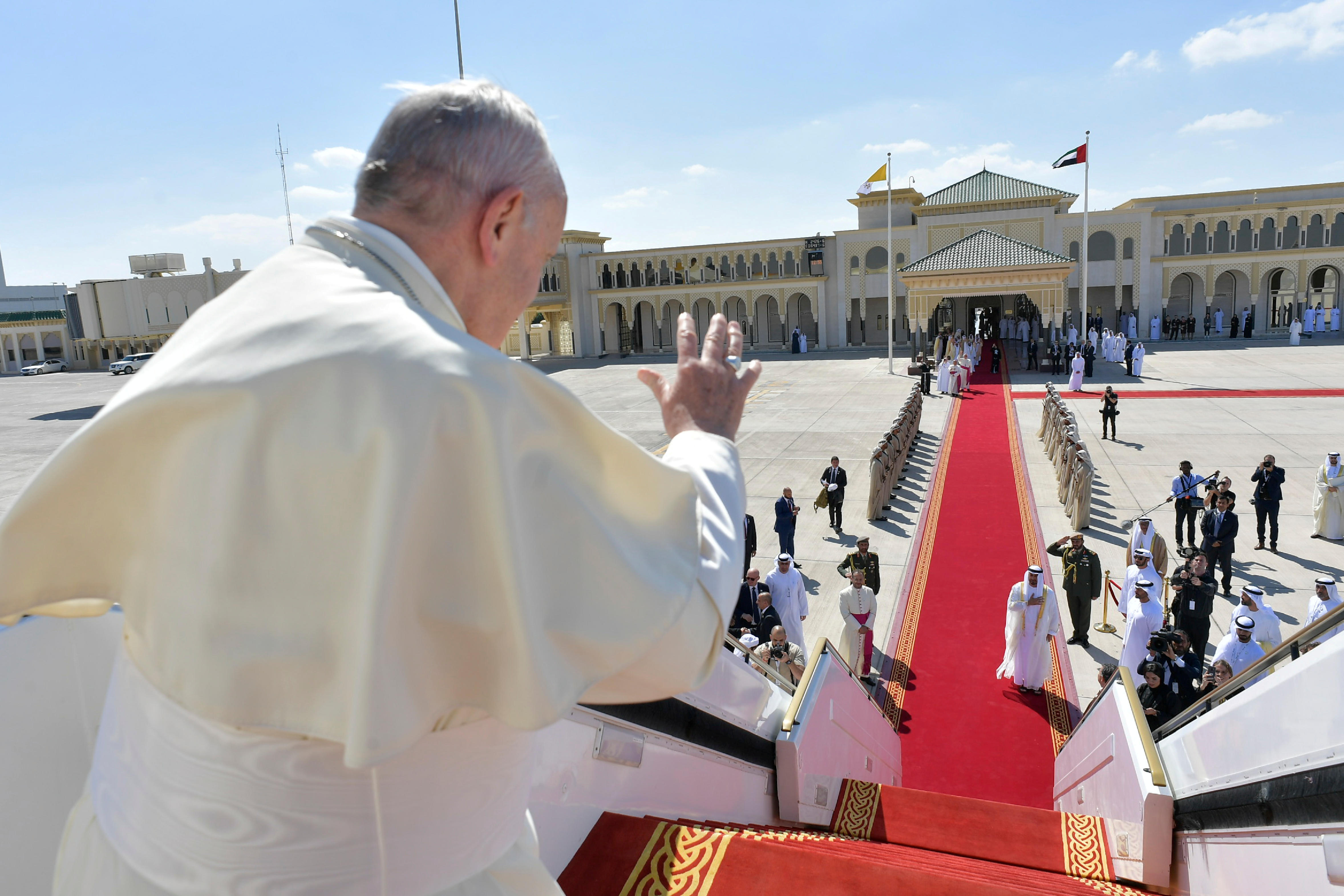 ABOARD THE PAPAL PLANE (Reuters) – Pope Francis, whose papacy has been marked by efforts to quell a global crisis over sexual abuse of children by Catholic clergy, said on Tuesday he was committed to stopping the abuse of nuns by priests and bishops, some of whom had used the women as sex slaves.

Francis made his comments on the plane returning from Abu Dhabi in response to a reporter’s question about an article last week in a Vatican monthly magazine about the abuse of nuns in the Catholic Church.

Recently more nuns, encouraged by the #MeToo movement, have been coming forward to describe abuse at the hands of priests and bishops. Last year, the International Union of Superiors General, which represents more than 500,000 Catholic nuns, urged their members to report abuse.

“It is true … there have been priests and even bishops who have done this. I think it is still going on because something does not stop just because you have become aware of it,” Francis said.

“We have been working on this for a long time. We have suspended some priests because of this,” he said, adding that the Vatican was in the process of shutting down a female religious order because of sexual abuse and corruption. He did not name it.

Francis said former Pope Benedict dissolved a religious order of women shortly after his election as pontiff in 2005 “because slavery had become part of it (the religious order), even sexual slavery on the part of priests and the founder”.

He did not name the group but Vatican spokesman Alessandro Gisotti said it was a French order.

Before he became pope, Benedict was Cardinal Joseph Ratzinger, the head of the Congregation of the Doctrine of the Faith, the Vatican department that investigates sexual abuse. The pope at the time was John Paul.

Then-cardinal Ratzinger wanted to investigate the religious order where women were being abused but he was blocked, Francis said, without saying who prevented the probe.

After he became pope, Ratzinger reopened the investigation and dissolved the order, Francis said.

Pope Francis has summoned key bishops from around the world to a summit later this month at the Vatican to find a unified response on how to protect children from sexual abuse by clergy.

Asked if there would be some kind of similar action to confront abuse of nuns in the Church, he said: “I want to move forward. We are working on it.” 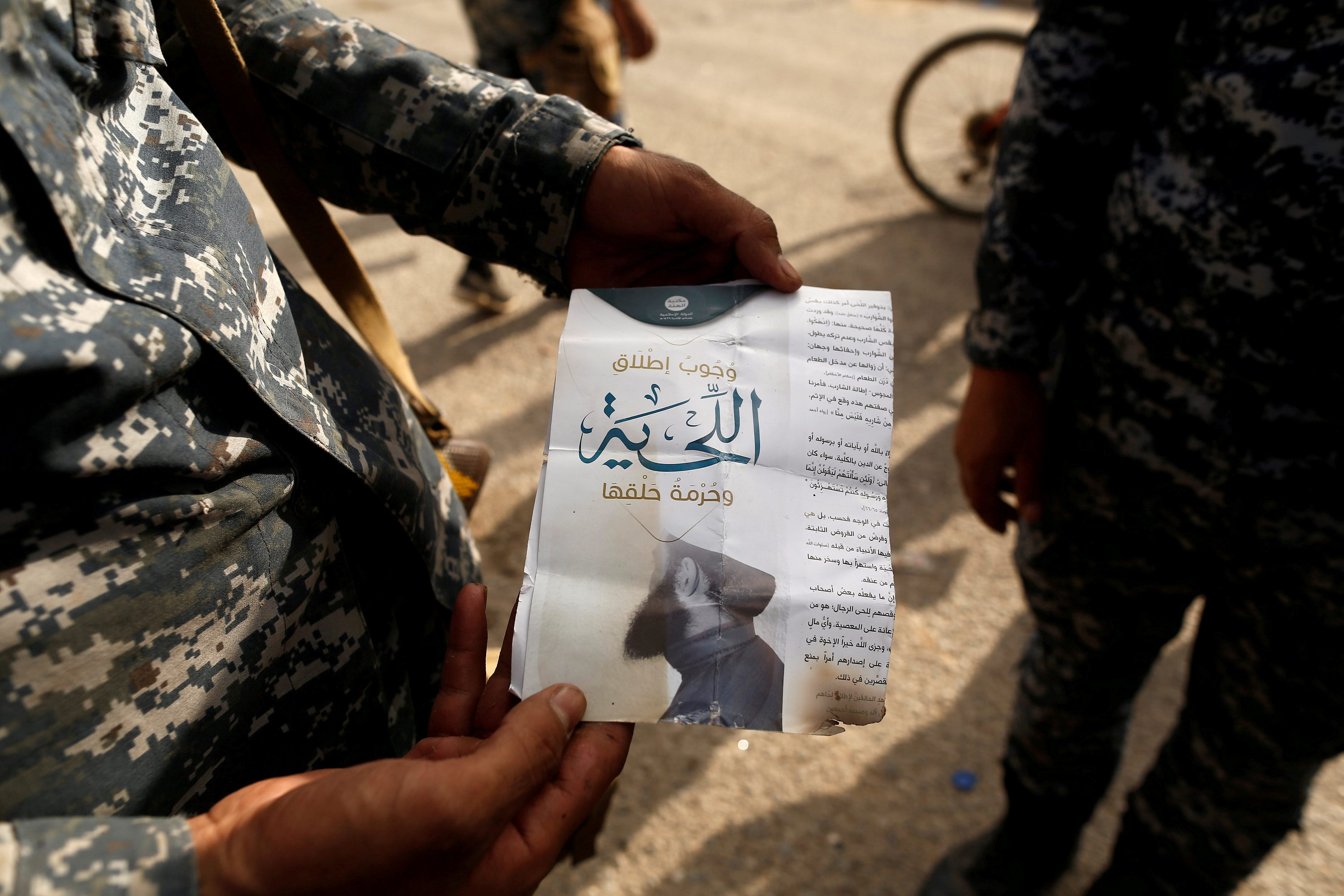 By Babak Dehghanpisheh and Michael Georgy

ZARQA/SHURA, Iraq (Reuters) – After Islamic State conquered villages in northern Iraq, it spelled out in minute detail the rules of its self-proclaimed caliphate, from beard length to alms to guidelines for taking women as sex slaves.

Islamic State documents and posters, obtained in villages captured by Iraqi forces, highlight a tight and comprehensive system of rule by the militants, who went to great lengths to explain their extremist philosophy.

The documents and other materials, printed with Islamic State logos, were found by Reuters in offices used by the group until a few days ago. Members of the Iraqi forces told Reuters the documents originated from Islamic State, although this could not be independently verified.

Iraqi security forces and Kurdish peshmerga fighters have seized several villages and towns during an offensive against the northern city of Mosul, Islamic State’s last stronghold in the country.

When Islamic State swept through the north in 2014, it announced a self-proclaimed caliphate, which appealed to some fellow Sunnis who felt marginalized by the Shi’ite-led central government.

But that appeal faded as Islamic State enforced its medieval thinking with brute force, beheading anyone deemed an opponent.

Slick, colorful posters, pamphlets and documents highlight Islamic State’s intense focus on dictating what it called proper Islamic behavior for the citizens of its caliphate.

Violations of its rules meant punishment such as public whipping or being hauled off to Mosul for execution, according to several villagers who recently escaped from Islamic State areas.

A green wallet-size insert lays out guidelines for how to pray properly. It shows a young boy undertaking ablutions. “Wash your feet from the direction of your toes down to your heels,” it said.

A five-page pamphlet with pictures of gold bracelets, diamond rings and wheat on the front spelled out instructions on how to give alms, an obligation under Islam. Failure to do so would mean a penalty.

In the village of Shura, where seven Islamic State suicide bombers were recently shot dead as they rushed toward Iraqi forces, militants kept meticulous records of who had given alms. Entries showed whether an individual owned gold, property or a car. Monthly salaries were also noted.

Unlike al Qaeda, its predecessor in Iraq, Islamic State made its name in the jihadi world by becoming the first militant group to capture significant amounts of land in the Middle East, hold it and then set up an administration.

But air strikes by a U.S.-led coalition targeting Islamic State’s leaders and its sources of income have dealt a major blow to the caliphate.

Islamic State’s inclination to codify its system of rule extended to what it called the spoils of war.

A pink and red pamphlet includes 32 questions and answers on how to deal with female captives.

A senior Islamic State cleric has the authority to distribute female captives among its fighters, it said.

“Non-Muslim women can be taken as concubines,” according to the leaflet.

Militants can own two sisters as concubines but only have sex with one.

“Pre-pubescent girls can be taken as concubines. You cannot have penetrative sex but you can still enjoy them,” the leaflet added.

One question in the pamphlet asks whether a group of militants can share a concubine. The answer: only a single owner can sleep with a concubine.

After blazing through northern Iraq, Islamic State took hundreds of women from the Yazidi minority as sex slaves.

Under Islamic State’s rules, women were required to largely stay at home or wear head-to-toe black coverings if they ventured out. Men wore short pants which were deemed Islamic along with beards of appropriate length.

One of the pamphlets begins by defining a beard as “hair that grows on your face and your cheeks”.

There were few forms of entertainment under Islamic State, which banned the internet and music along with cell phones.

A ban on satellite dishes deprived Iraqis of news of the outside world. In a huge slick poster, entitled “Why I Should Destroy My Dish”, the jihadists provided 20 reasons, revolving mostly around the immorality of satellite television programs.

Reason 10: “Because satellite channels normalize men being effeminate and sissies.”