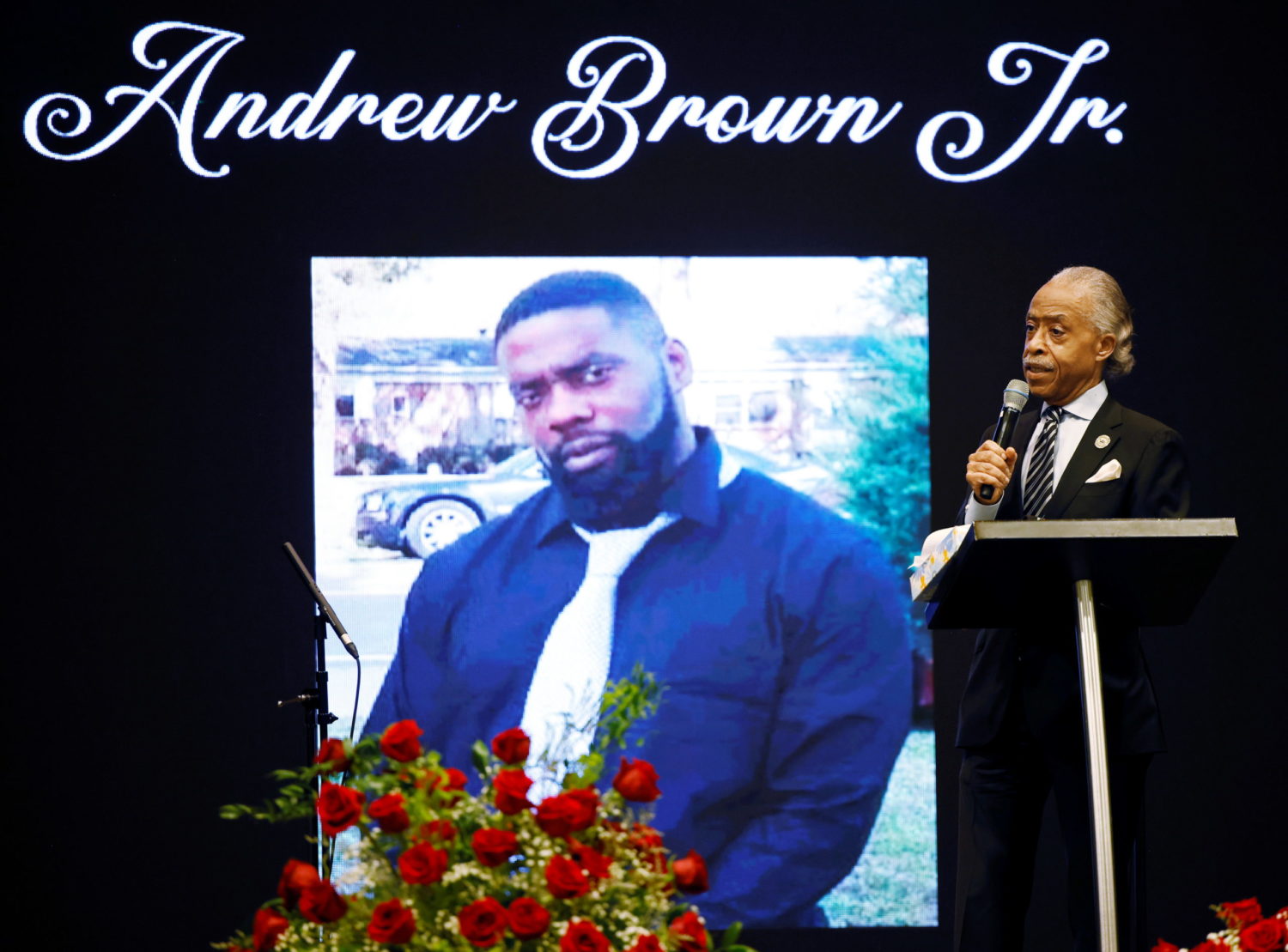 By Nathan Layne and Barbara Goldberg

Brown, 42, was shot as he resisted arrest and tried to speed off in his car in a way that endangered officers during the morning raid at his home on April 21 in Elizabeth City, a riverfront community where just over half of the roughly 18,000 residents are Black.

“Mr. Brown’s death was justified,” Womble told reporters at a news briefing in which he also showed video taken from the body-worn cameras of the Pasquotank County sheriff’s deputies at the scene.

The killing captured national attention, coming a day after former Minneapolis police officer Derek Chauvin was convicted of murdering George Floyd in a highly publicized trial. It fueled the raging debate over when police are justified in using deadly force in an arrest and when authorities should release body-worn camera video to the public.

Citing U.S. Supreme Court precedent on when deadly force is justified, Womble said the video showed the deputies behaving as any “reasonable police officer” would “when a violent felon used a deadly weapon to place their lives in danger,” describing how Brown drove his car toward them in a dangerous way. The officers would not face criminal charges, he said.

“The Constitution simply does not require police to gamble with their lives in the face of a serious threat,” Womble said. “They could not simply have let him go as has been suggested.”

Videos showed the deputies arriving to find Brown sitting in his car, talking on the phone. They surrounded the car, ordering him to show his hands and attempting to open the car door.

Brown rapidly backed up, pulling a deputy over the car hood. He continued to retreat until his path was blocked by his home, and then drove forward toward the officers. The officers repeatedly shouted at him to stop, but he ignored their commands and drove directly toward the same deputy who had been pulled over the hood.

Police began firing at the car: one shot went through Brown’s windshield, and another five entered the car’s trunk and rear window.

“Mr. Brown’s actions caused three deputies with the Pasquotank County Sheriff’s office to reasonably believe it was necessary to use deadly force to protect themselves and others,” Womble told reporters.

Womble said Brown was known to officers as having a long history of arrests and convictions dating back to 1995, including assault with a deadly weapon. Before heading to Brown’s home, officers were told that Brown had a history of resisting arrest or barricading himself against police, Womble said.

A chunk of crystal meth – an illegal stimulant – about as big as “a 50-cent piece,” was found in Brown’s car, Womble said. No weapons were found on Brown or in the car.

Lawyers for Brown’s family had previously said a 20-second portion of the video they were allowed to see showed he was “executed” by the officers, describing how they continued shooting at him as he drove away from them.

The sheriff’s office did not respond to a request for comment. The deputies who opened fire were put on administrative leave, and it was not immediately clear if or when they would return to regular duties.

The Federal Bureau of Investigation said in April it had begun investigating whether the deputies violated Brown’s civil rights. 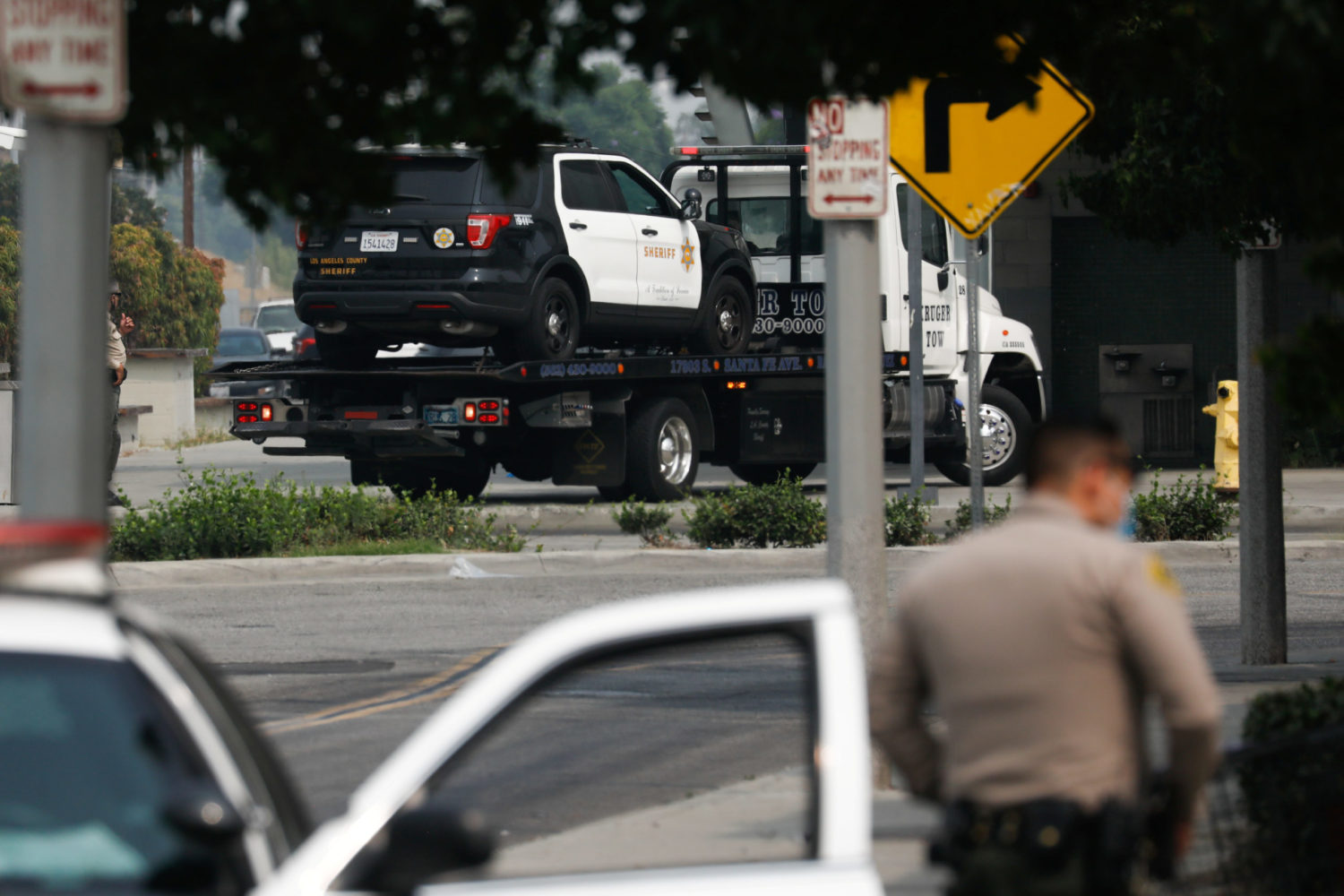 (Reuters) – Los Angeles prosecutors on Wednesday said they charged a suspect with attempted murder in the shooting of two sheriff’s deputies earlier this month.

Deonte Lee Murray, 36, was charged in the shootings, which took place on Sept. 12 when he allegedly walked up to a car and opened fire on two sheriff’s deputies.

Video footage showed a man walk up to a parked patrol car at a transit station in the Los Angeles suburb of Compton and fire a pistol into the passenger side of the squad car. The man then ran away.

Both deputies received serious head wounds, but both survived and have been discharged from the hospital. The deputies, who have not been identified by name, were described as a 31-year-old female officer who is a mother and a 24-year-old man, police said.

Murray is expected to be arraigned on Wednesday and prosecutors said in an emailed statement that they were recommending bail be set at $6.15 million. He has been in custody since Sept. 15, when he was arrested in connection with a different shooting and armed carjacking.