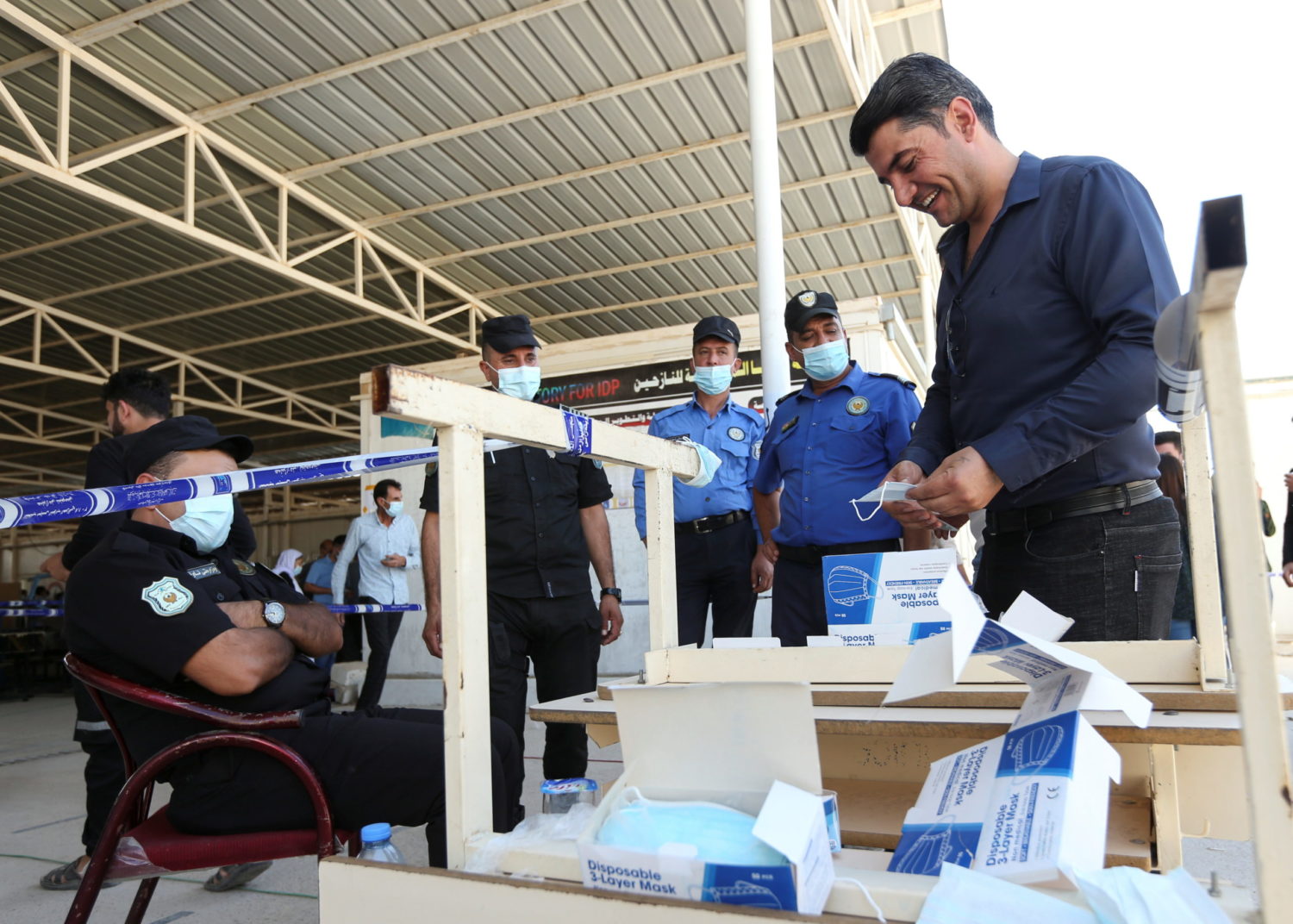 By John Davison and Ahmed Rasheed

BAGHDAD (Reuters) – Soldiers, prisoners and displaced people voted in special early polls in Iraq on Friday as the country prepared for a Sunday general election where turnout will show how much faith voters have left in a still young democratic system.

Many Iraqis say they will not vote, having watched established parties they do not trust sweep successive elections and bring little improvement to their lives.

Groups drawn from the Shi’ite Muslim majority are expected to remain in the driving seat, as has been the case since Saddam Hussein’s Sunni-led government was ousted in 2003.

Iraq is safer than it has been for years and violent sectarianism is less of a feature than ever since Iraq vanquished Islamic State in 2017 with the help of an international military coalition and Iran.

But endemic corruption and mismanagement has meant many people in the country of about 40 million are without work, and lack healthcare, education and electricity.

Friday’s early ballot included voting among the population of more than one million people who are still displaced from the battle against Islamic State.

Some said they were either unable or unwilling to vote.

“I got married in the displacement camp where I live, and neither I nor my husband will vote,” said a 45-year-old woman who gave her name as Umm Amir. She spoke by phone and did not want to disclose her exact location.

“Politicians visited us before the last election (in 2018) and promised to help us return to our towns. That never materialized. We’ve been forgotten.”

Most of Iraq’s displaced live in the majority Sunni north of the country.

The south, the heartlands of the Shi’ite parties, was spared the destruction wrought by Islamic State but infrastructure and services are in a poor state.

In 2019, mass anti-government protests swept across Baghdad and the south, toppled a government and forced the current government of Prime Minister Mustafa al-Kadhimi to hold this election six months early.

The government also introduced a new voting law that it says will bring more independent voices into parliament and can help reform. It has been trying to encourage a greater turnout.

The reality, according to many Iraqis, Western diplomats and analysts, is that the bigger, more established parties will sweep the vote once again.

Dozens of activists who oppose those parties have been threatened and killed since the 2019 protests, scaring many reformists into not participating in the vote. Iraqi officials blame armed groups with links to Iran for the killings, a charge those groups deny. 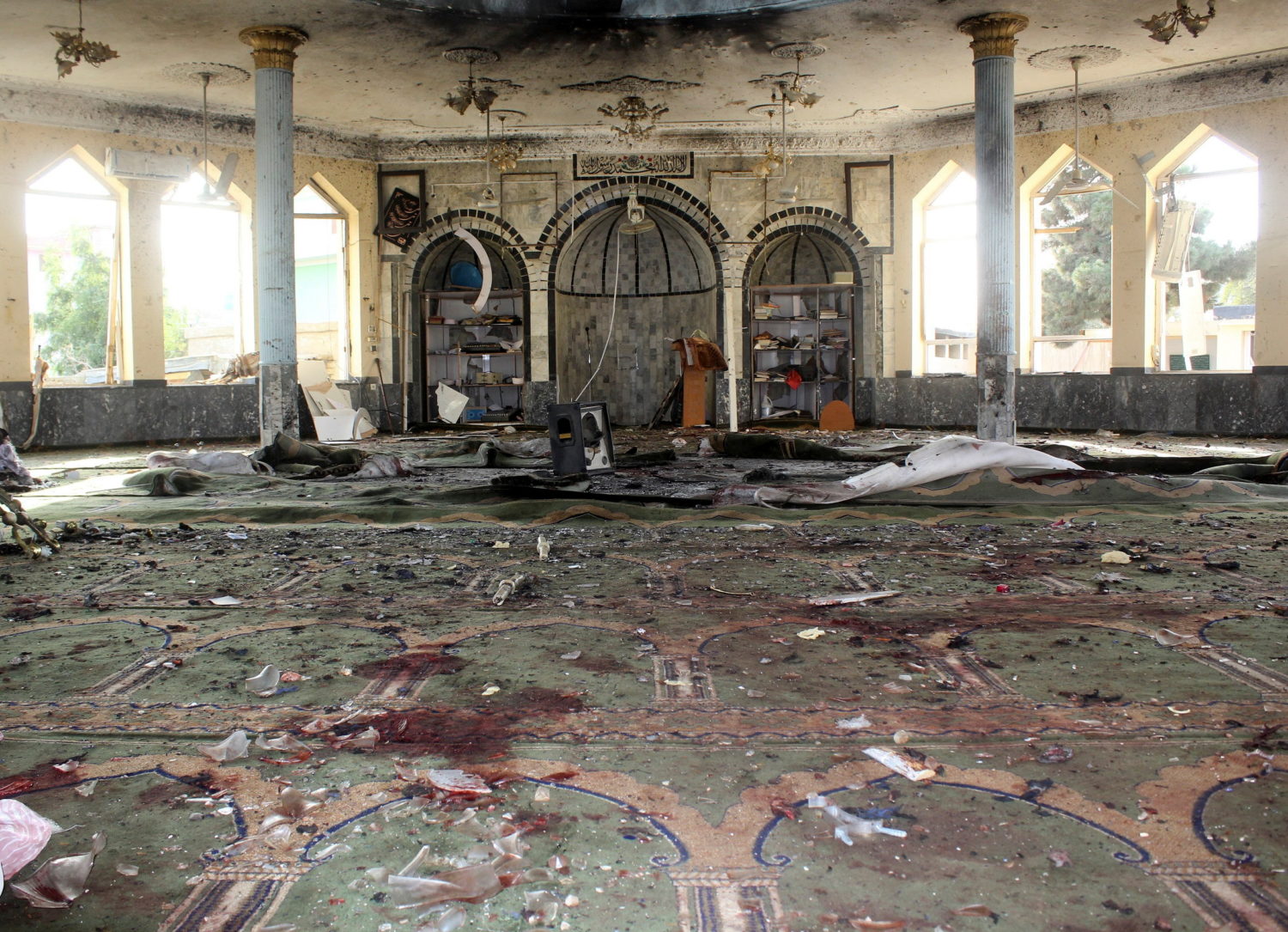 Video footage showed bodies surrounded by debris inside the mosque that is used by people from the minority Shi’ite Muslim community.

No group immediately claimed responsibility. The blast follows several attacks, including one at a mosque in Kabul, in recent weeks, some of which have been claimed by the Sunni Muslim militants of Islamic State.

The attacks have underscored security challenges for the Taliban, which took over the country in August and have since carried out operations against Islamic State cells in Kabul.

“This afternoon, an explosion took place in a mosque of our Shiite compatriots … as a result of which a number of our compatriots were martyred and wounded,” Taliban spokesman Zabihullah Mujahid said on Twitter.

Bakhtar news agency, run by the ministry of information, said 46 people were killed and 143 wounded in the blast.

(Reporting by Kabul and Islamabad newsrooms; Writing by Charlotte Greenfield and Alasdair Pal; editing by Philippa Fletcher and Andrew Heavens)