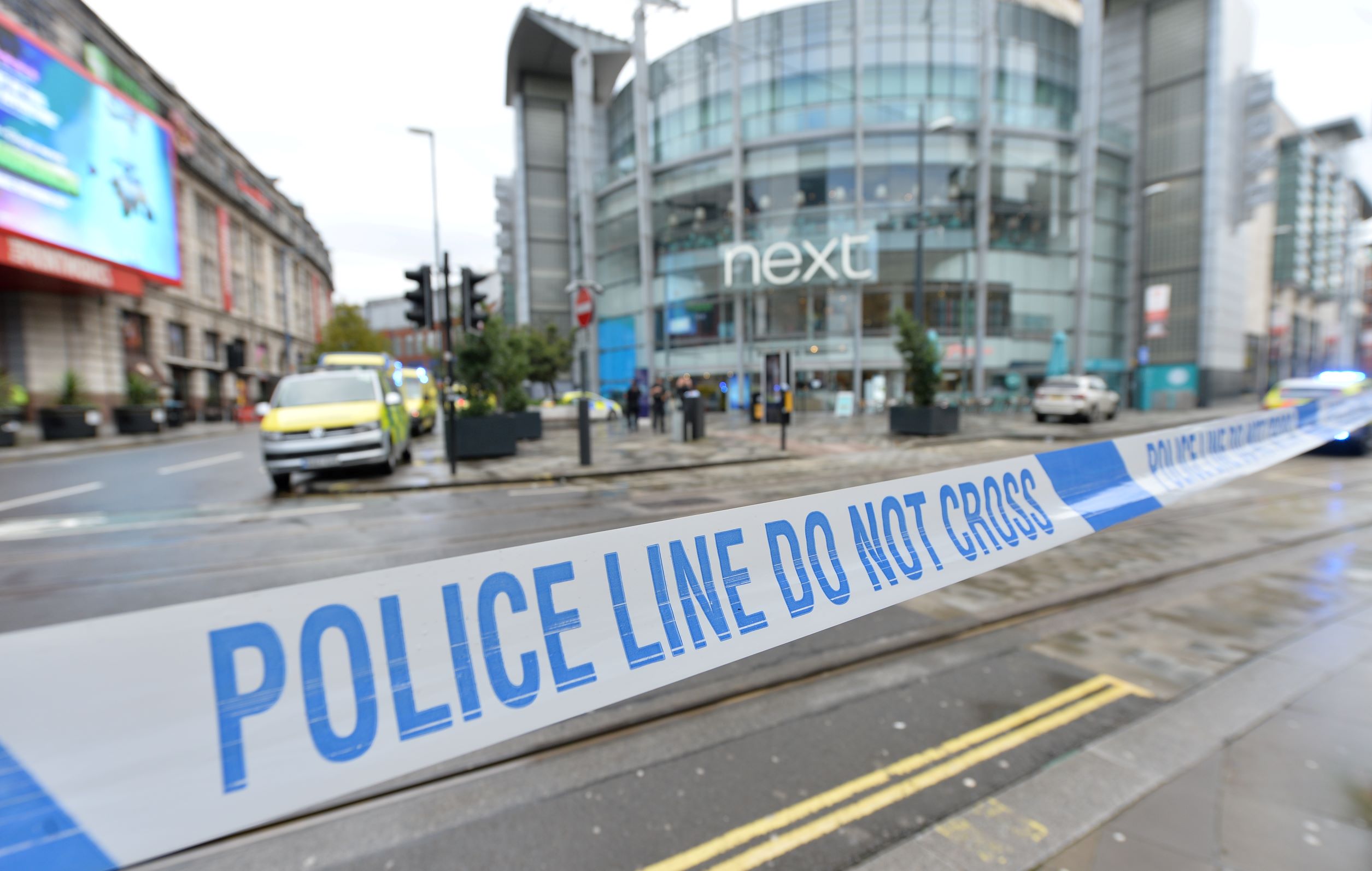 MANCHESTER, England (Reuters) – British police said five people had been injured after a man lunged at passers-by with a large knife in a shopping center in northern England on Friday in a “brutal” attack officers were treating as terrorism.

The man attacked people around him and chased two unarmed officers shortly after entering Manchester’s Arndale shopping center in the heart of the city at about 11.15 a.m. (1015 GMT), police said.

He was overpowered by armed officers, with pictures on social media showing them using a stun gun to detain him. The man, in his 40s, was arrested on suspicion of terrorism although police said his motivation was not yet clear.

“He was armed with a large knife and … he began lunging and attacking people with the knife,” Assistant Chief Constable Russ Jackson told reporters.

“Two unarmed police community support officers … attempted to confront the attacker. He then chased them with a knife as they were calling for urgent assistance. The man attacked people around him and we understand five people were injured by him.”

Earlier, police said three people had suffered stab wounds; two women, one aged 19, and a man aged in his 50s. Jackson said the injuries were “nasty” but none had suffered life-threatening wounds.

“We do not know the motivation for this terrible attack, it appears random – it’s certainly brutal and of course extremely frightening for anyone who witnessed it,” Jackson said.

“We have the man we believe to be the attacker safely in custody. We will now be working to understand why he committed this awful attack.”

Britain has long been at a high state of alert and is currently at its second highest threat level, meaning an attack is considered highly likely.

Manchester was the location for Britain’s most deadly attack in recent years when Salman Abedi, a 22-year-old Briton born to Libyan parents, killed 22 people in May 2017 when he blew himself up at the end of a pop concert by Ariana Grande at the Manchester Arena, not far from the Arndale center.

Islamic State said it was responsible in the immediate aftermath of that bombing, but security services have always treated the claim with scepticism. Abedi’s brother, who is suspected of involvement, was extradited from Libya in July.

“This is bound to bring back memories of the awful events of 2017,” Jackson said. “At this time we do not believe there was anyone else involved in this attack but we will constantly be keeping this under review.”

Prime Minister Boris Johnson said on Twitter: “Shocked by the incident in Manchester and my thoughts are with the injured and all those affected.”