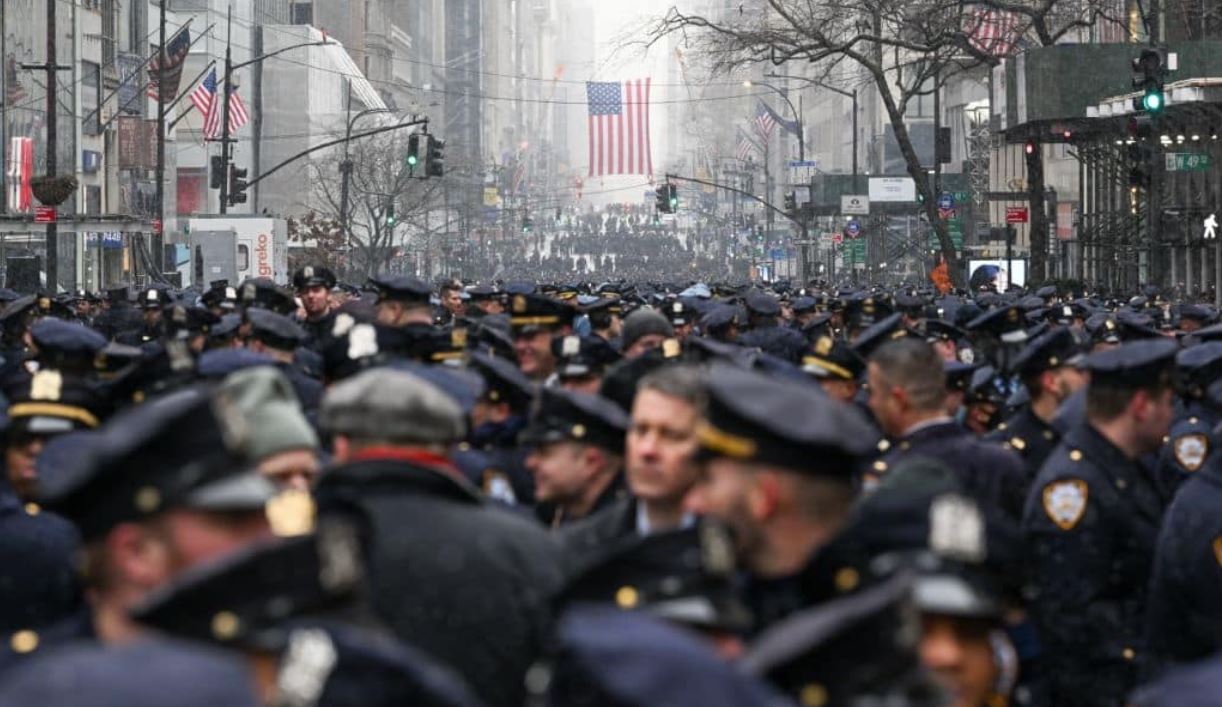 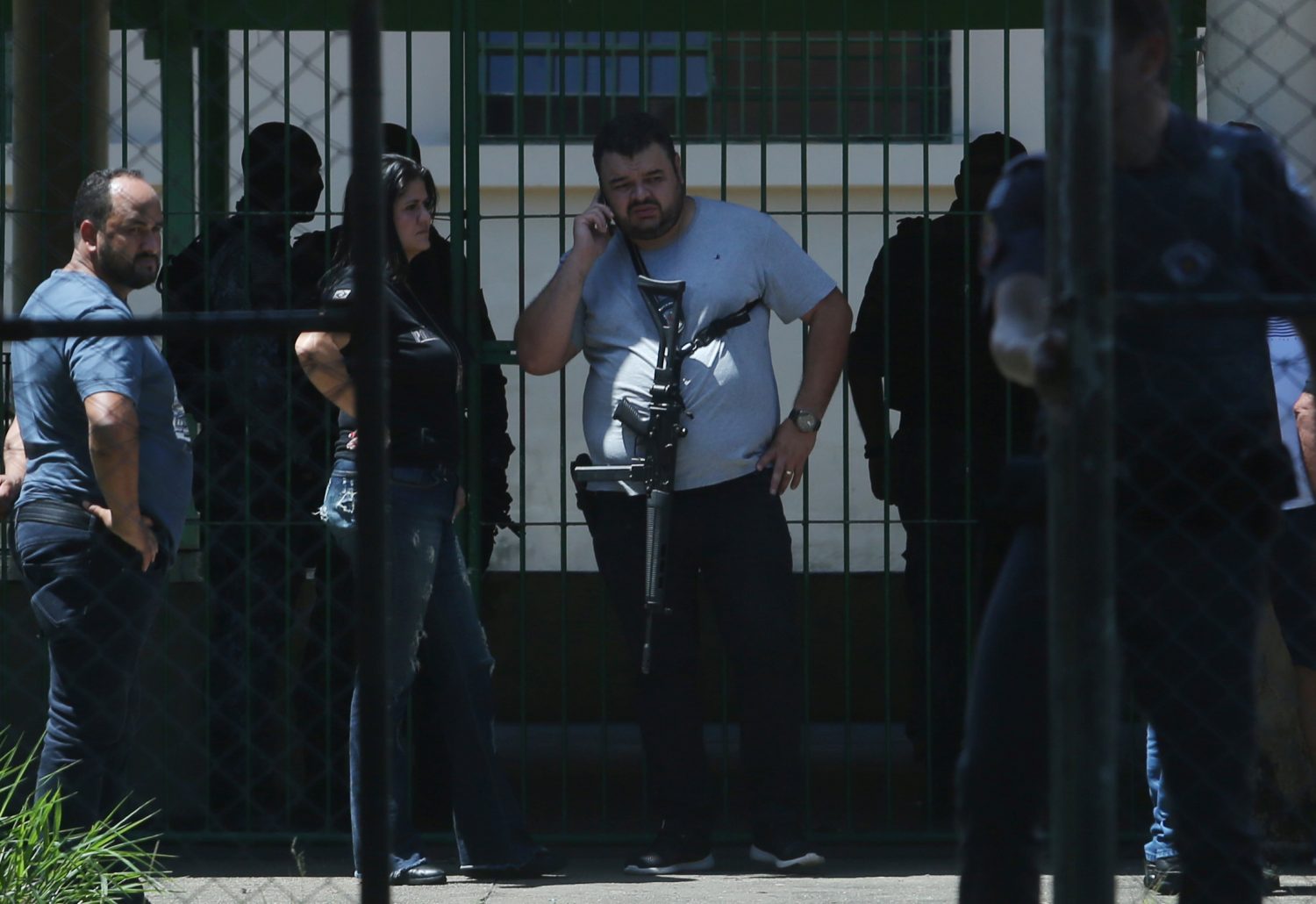 SUZANO, Brazil (Reuters) – Two armed men wearing face masks entered a Brazilian elementary school Wednesday and shot and killed at least six children who were on their snack breaks, as well as two school officials, before fatally turning their guns on themselves, police said.

Ten people, including the gunmen, were killed in total, Sao Paulo police said.

The unidentified gunmen, who appeared to be between 20 and 25 years of age, shot and killed a worker at a nearby car wash before their attack at the Raul Brasil school, police said. More than 1,000 children aged between 11 and 15 attend classes there.

Another 17 people – mostly school kids – were shot and injured, and several of them were in serious condition, said police, who were not yet aware of a motive for the violence.

Marcelo Salles, commander of police forces in Sao Paulo state, spoke just outside the school and said that in his over three decades of service, he had “never seen anything like this, it was an unspeakably brutal crime.”

Salles said the gunmen used at least one .38 caliber pistol, along with homemade bombs and a crossbow. Police arrived eight minutes after the shooting started and did not confront the gunmen, who had already killed themselves, he said.

A homemade video taken during the shooting and aired by Globo TV showed children screaming, running and begging for their lives as loud shots were heard all around.

Security cameras from homes near the school showed children climbing and jumping over a white wall that surrounds the Raul Brasil building, and sprinting down streets, screaming for help.

School shootings are rare in Brazil, even though the country is one of the world’s most violent, with more annual homicides than any other. The last major school shooting was in 2011, when 12 children were shot dead by a former pupil in Rio de Janeiro.

While gun laws are extremely strict in Brazil, it is not difficult to illegally purchase a weapon.

Police said the two men, who they did not believe were former students at the school, entered the building and started shooting at about 9:30 a.m. local time.

Another shooting took place about 500 meters from the Raul Brasil school shortly before the killings at the school, but it was not yet clear if the two incidents were related.

Sao Paulo Governor Joao Doria said as he stood outside the school that “our solidarity goes out to the families of the victims.”

“I was shocked with the scenes I saw inside that school,” Doria said. “It is the saddest thing I have seen in my life.”