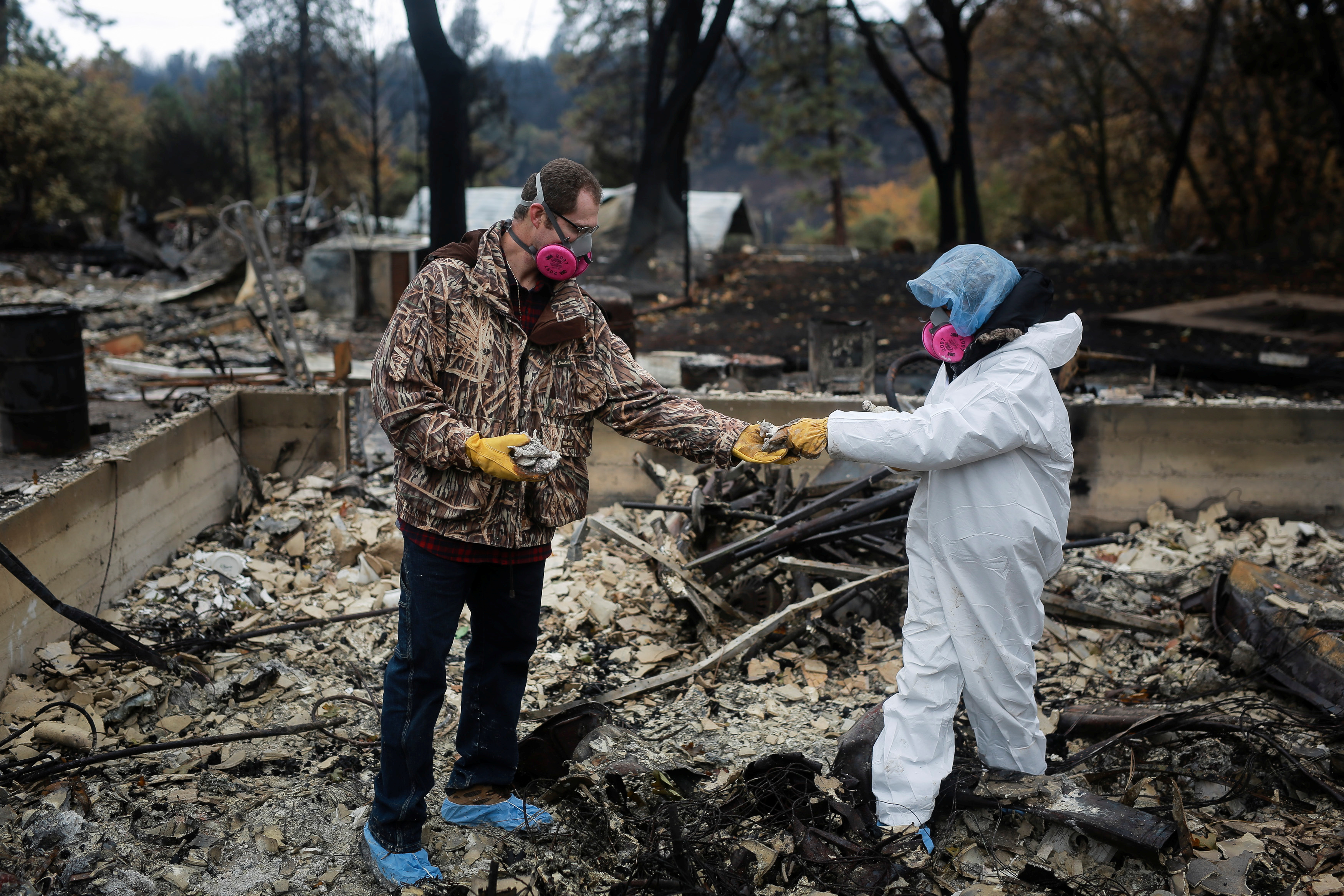 (Reuters) – The deadliest wildfire in California history that destroyed the mountain town of Paradise and killed at least 85 people was 100 percent contained on Sunday, according to state fire officials. 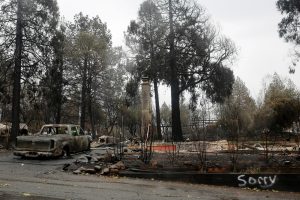 FILE PHOTO: The word “sorry” is spray painted on the edge of a property burned by the Camp Fire in Paradise, California, U.S. November 21, 2018. REUTERS/Elijah Nouvelage

The number of people still missing from the Camp Fire north of San Francisco dropped to 249 on Sunday, the Butte County Sheriff’s Office said. The number was revised down from 475 as people who were believed missing were found in shelters, staying in hotels or with friends, officials said, adding that many did not know they were on the list.

Searchers will have a few more days of dry weather, but starting late Tuesday, another 2-5 inches (5 to 13 cm) of rain is expected to drop on the Sierra Nevada foothills through next Sunday, hampering the searchers work and renewing fears of flash floods and mudslides, forecasters said.

“The fear is that the rain will drop in intense bursts,” Brian Hurley, a meteorologist with the federal Weather Prediction Center in College Park, Maryland, said early Sunday.

“All the vegetation has burned away, and that’s a dangerous recipe for mudslides,” Hurley said.

Last week, 2-3 inches (5-8 cm) of rain fell there and turned ash from the thousands of destroyed homes into slurry, complicating the work of finding bodies reduced to bone fragments.

Butte County Sheriff Kory Honea has warned that remains of some victims may never be found.

The town of Paradise was a popular destination for retirees, with people aged 65 or older accounting for a quarter of its 27,000 residents. Most of the victims of the fire identified so far were of retirement age.

Investigators have yet to determine the cause of the fire.

Thousands of people forced to flee Paradise spent Thanksgiving in warehouses in the nearby city of Chico, or with friends or relatives in nearby towns. 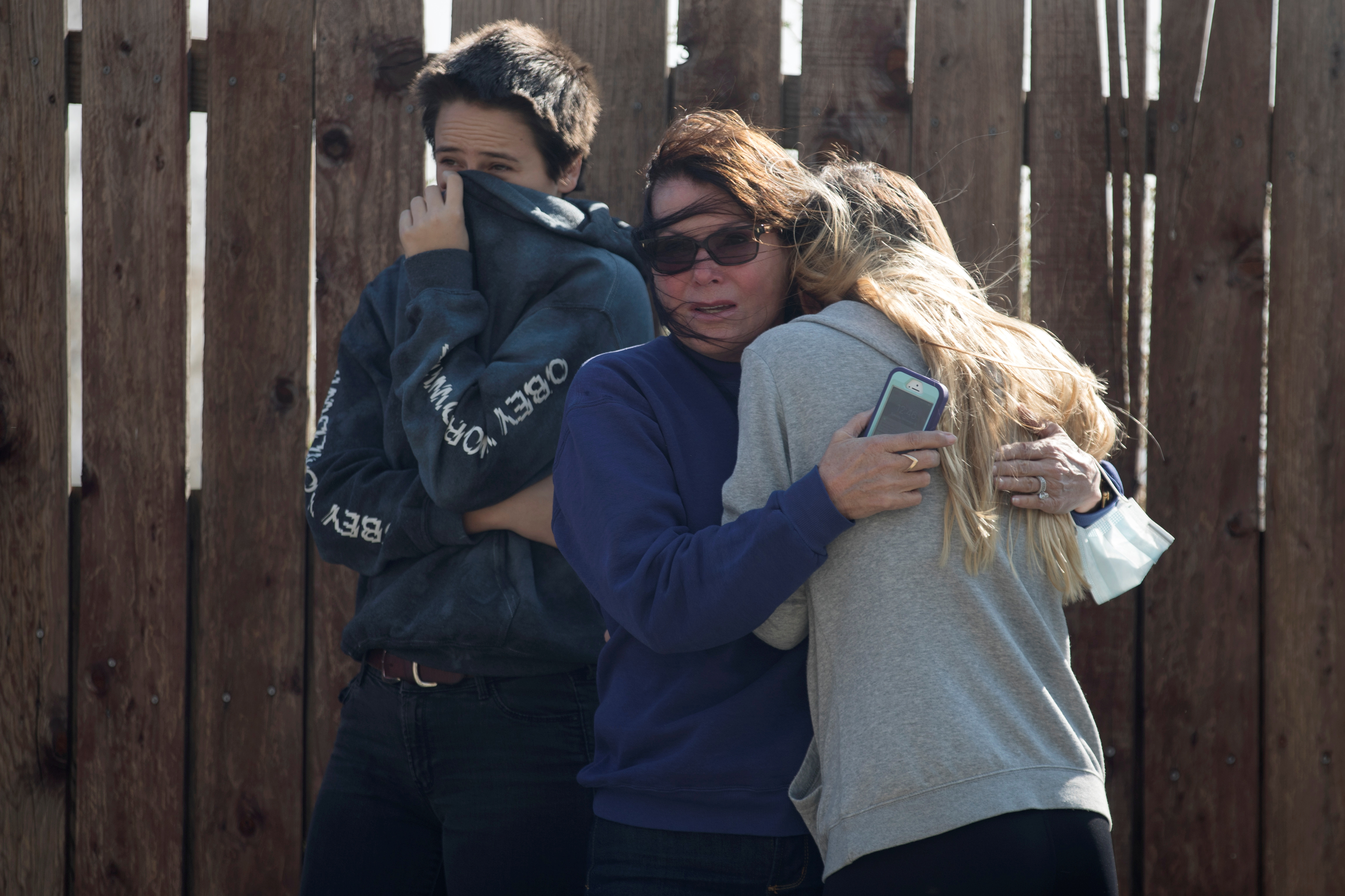 (Reuters) – California homeowners and regulators have a new fear about wildfires ravaging the state: that insurers will drop coverage.

Massive, out-of-season fires in northern and southern California are causing billions of dollars in claims and challenging expectations of when and where to expect blazes. State law gives insurers more leeway to drop coverage than to raise rates, and some are taking the opportunity, concerning California Insurance Commissioner Dave Jones.

Homes in the Sierra Nevada foothills were dropped after wildfires swept through the region in recent years, and some other Northern California homes also have been cut from rosters, Jones said.

“We may see more of it,” he added in an interview. Insurers must renew fire victims’ policies once, but after that homeowners could be driven to unusual, expensive policies.

Retired firefighter Dan Nichols of Oroville, California was surprised when Liberty Mutual dropped his coverage this year, following a wildfire in the region.

Liberty Mutual must “responsibly manage” its overall exposure to California’s wildfires as part of a strategy to safeguard its ability to pay homeowners’ claims, a spokesman said. The insurer still issues policies in California and its strategy is not in response to recent fires, he said.

Nichols found a better deal through AAA, but others are not as lucky. In San Andreas, a community northeast of San Francisco, homeowners typically use specialty insurers, known as “surplus lines carriers,” for policies that cost about 20 to 40 percent more than a mainstream insurer, said Fred Gerard, who owns an insurance agency in the area.

Insurers must be cautious by not covering too many homes in one area, said Janet Ruiz, a spokeswoman for the industry’s Insurance Information Institute. “They tend to spread their risk so they can pay claims,” Ruiz said.

Drier weather and higher variability of weather patterns often seen as effects of climate change have led insurers to turn to new computer models that provide house-by-house predictions of risk, using factors such as local topography and brush cover, a change from past practices that were based on a region’s history of blazes.

“You can’t control mother nature, but you can identify her target zones,” wrote rival Verisk Analytics Inc in a brochure for its FireLine model.

A California poll by consumer advocacy group United Policyholders found that computer scoring was a reason for a significant number of policy cancellations in the last few years.

“We want to make sure it’s a fair system,” Bach said.