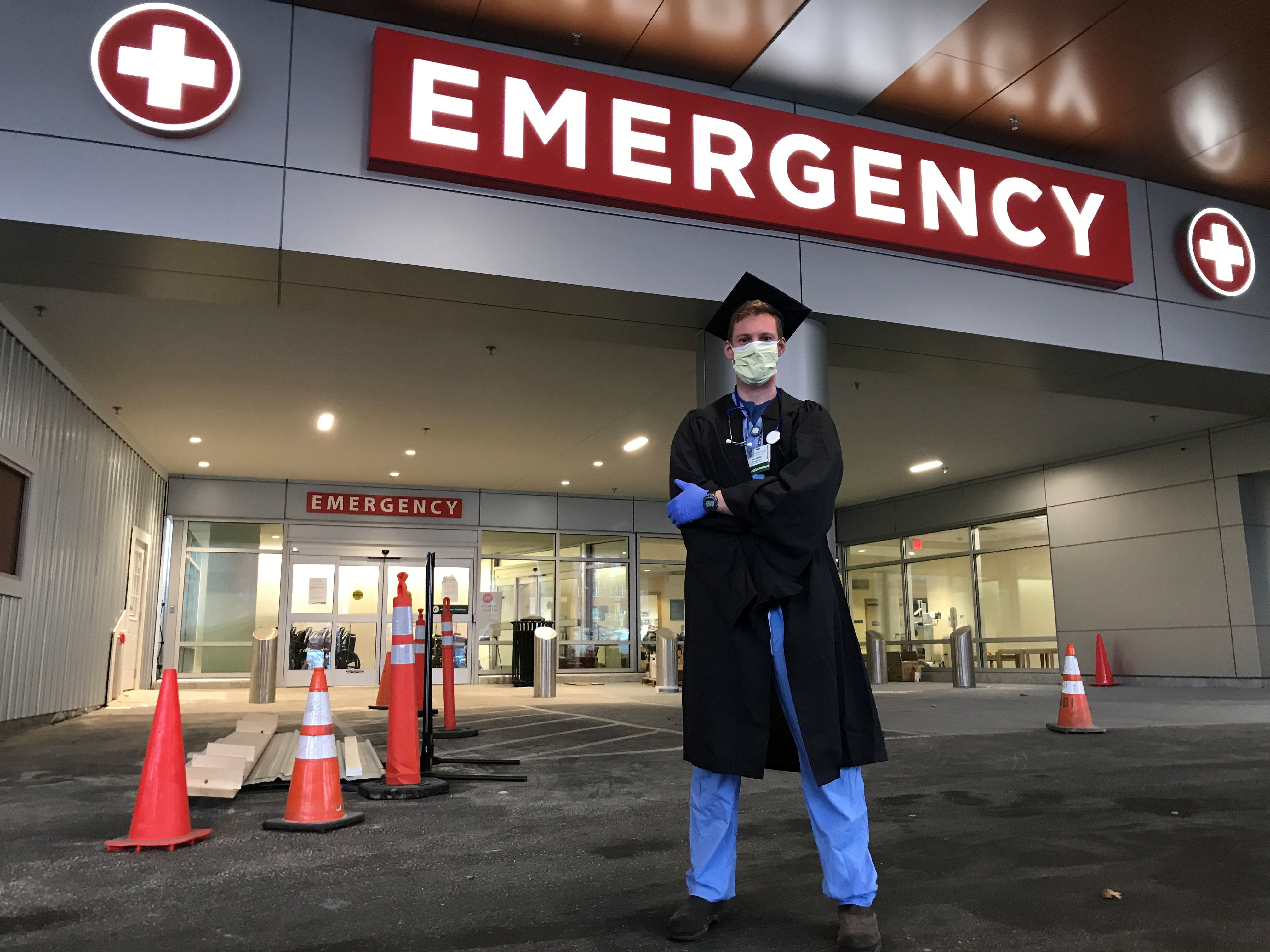 (Reuters) – In this year’s mostly virtual commencement ceremonies, thousands of American graduates are adorning their mortarboards with the slogan “Gowns 4 Good” after donating their gowns to healthcare workers fighting the coronavirus pandemic to use as personal protective equipment.

Gowns 4 Good is the name of a charity started three weeks ago by Nathaniel Moore, a front-line physician assistant in Burlington, Vermont, who is asking graduates to donate their gowns to more than 75,000 front-line responders and others who have registered for the regalia on Gowns4Good.net.

Across the country, school graduations have been canceled to abide by social distancing rules, including Moore’s own ceremony at the University of Vermont, where he was earning an MBA with a focus on sustainability.

“The image of my colleagues on the front line and at other medical facilities that lack the appropriate PPE and wearing trash bags with no sleeves and no protection under the waist, that just struck me,” Moore, 30, told Reuters.

After researching Centers For Disease Control and Prevention guidelines for PPE in times of shortage, he launched the non-profit with the slogan, “Wear the Cap, Donate the Gown.”

Gowns worn backwards, with the zippered opening in the rear and the high collar in the front, fit the CDC requirements for covering “critical zones,” including forearms, chests, stomach and waistline, Moore said.

“We are getting cries for help – from New York City emergency departments that have hundreds of patients coming in a day and they have no adequate gown protection to assisted living facilities that are sending us pictures of their staff without gowns,” he said.

In keeping with the tradition of graduates decorating their caps to express their individuality, those who donate their gowns are using the Gowns 4 Good logo to draw attention to the cause.

Nearly 4 million people are expected to graduate from U.S. colleges in the 2019-2020 academic year, according to educationdata.org.

With much of the nation locked down, hundreds of schools have announced they will either cancel, postpone or stage virtual ceremonies.

Before the crisis hit the United States, Graduation Source in Greenwich, Connecticut, one of several cap and gown suppliers nationwide, received about 2 million orders for regalia for this spring’s graduation season, a spokesman said.

But the cancellations of graduation ceremonies have been changing that number daily, he said, although he declined to release an updated number.

Even gowns that students wear for a virtual graduation in the living room or back yard can be donated as PPE. But recipients are advised not to use the regalia before the three days that researchers say the virus can remain active on clothing, Moore said.

Among the most poignant donations were gowns sent by parents who included notes saying their sons and daughters died years ago, before they had a chance to graduate, and their regalia was just too precious to give away – until now.

“It’s the gown that has been sitting in their closet collecting dust but is too sentimental to do anything with,” Moore said.

“Now this is an honorable donation. So they can feel good about where it’s going.”