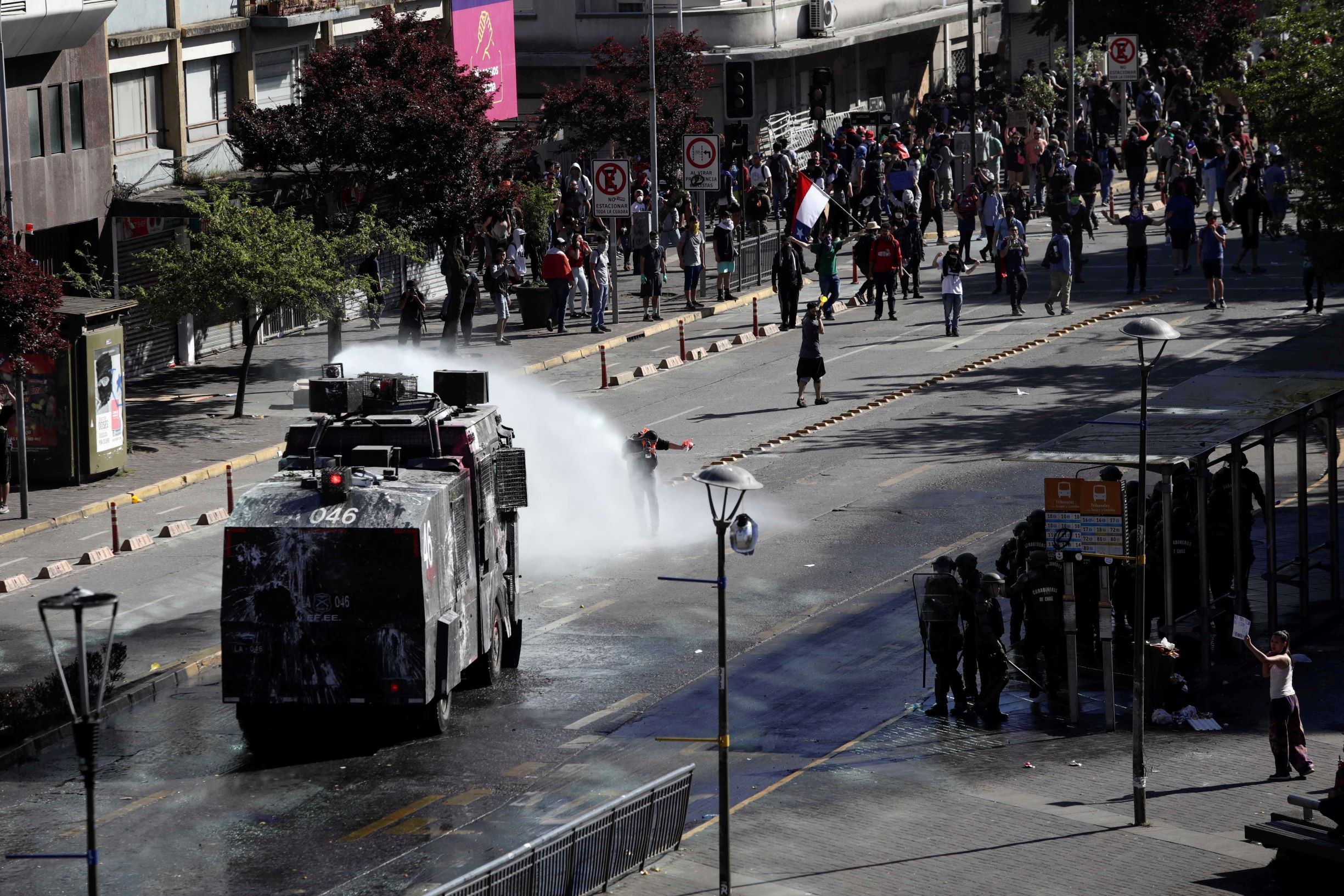 SANTIAGO (Reuters) – Chile’s president and lawmakers prepared on Thursday to push forward social equality reforms after the easing of riots in the latest flashpoint of protests against South American leaders.

Center-right leader Sebastian Pinera was to ship a bill to Congress that would overturn a recent hike in electricity rates, one of several measures he hopes will turn the violent demonstrations into an “opportunity” for Chile..

Ecuador’s President Lenin Moreno also repealed the elimination of fuel subsidies this month after protests, while Bolivia’s Evo Morales faced demonstrations over an election, and Argentina’s Mauricio Macri has suffered a backlash over economic turmoil.

In Chile, anger over inequality and cost of living sent tens of thousands into the streets to demand an overhaul in one of the region’s traditionally most stable, and wealthy, nations.

Over five days of unrest that appeared to be dying down on Wednesday night, more than 6,000 people have been detained and at least 16 killed.

Pinera’s proposed reforms include a guaranteed minimum wage, a hike in state pensions and reductions in public transportation costs. Some, such as a bill to provide insurance against catastrophic illness, have already been delivered to lawmakers.

“We’re tired of all this, the protests, the looting. It’s a disaster. This isn’t the Santiago we once knew,” Solis said as he waited in line to receive an unemployment payment.

“We need good salaries and pensions for our elderly.

The capital city of about 6 million people awoke to relative calm on Thursday, as vendors peddling orange juice and fruit cups once again appeared on street corners.

Public markets reopened and thousands of commuters, dressed in work outfits and clutching coffees, made their way to work on the still hobbled underground transport system that has suffered more than $300 million worth of damage.

Trash, broken glass, graffiti and tear gas lingered in the aftermath of protests that went late into Wednesday evening, but ended peacefully.

Thousands of striking workers, including healthcare professionals and teachers, banged pots and carried banners past darkness in Santiago and other cities.

The marches were closely monitored by police and soldiers.

The unrest has included arson attacks and looting. At least 18 people died, according to one official count. Chilean prosecutors have since clarified that two of the total died in a car accident unrelated to the riots.