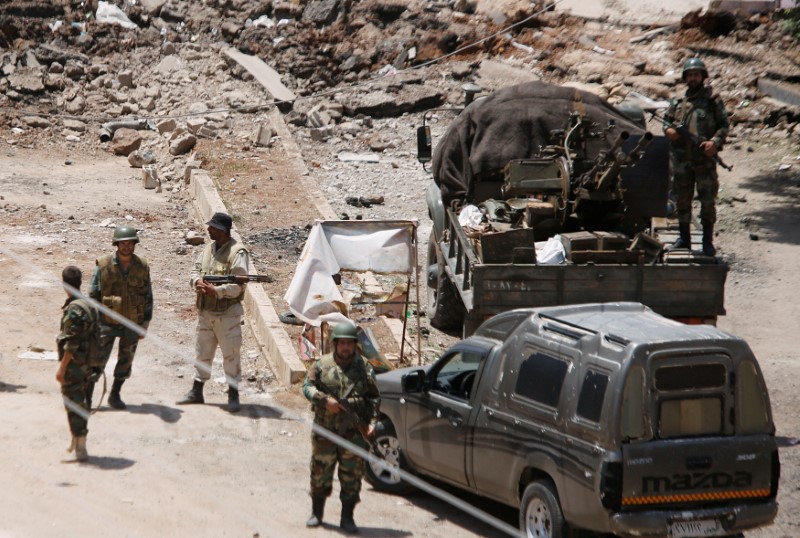 The UNHCR refugee agency urged Jordan to open its borders to Syrians who have fled the fighting, saying the total number of displaced now stood at more than 320,000, with 60,000 of them gathered at the border crossing with Jordan. 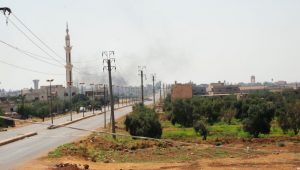 Smoke rises in Deraa area, Syria in this handout released on July 4, 2018. SANA/Handout via REUTERS

Assad aims to recapture the entire southwest including the frontiers with the Israeli-occupied Golan Heights and Jordan. The area is one of the last rebel strongholds in Syria after more than seven years of war.

With no sign of intervention yet by his foreign foes, government forces seem set for another big victory in the war after crushing the last remaining rebel bastions near Damascus and Homs.

After four days of reduced bombardment, intense air strikes resumed on Wednesday following the collapse of talks between rebels and Russian officers, brokered by Jordan.

“The Russians have not stopped the bombardment,” Bashar al-Zoubi, a prominent rebel leader in southern Syria, told Reuters in a text message from the Deraa area, the focus of the government offensive.

“The regime is trying to advance and the clashes are continuing.”

The Syrian Observatory for Human Rights, monitoring the war through what it describes as many sources on the ground, said there had been 600 air strikes in 15 hours, extending into Thursday’s early hours.

State media said government forces had captured the town of Saida, some 10 km (six miles) east of Deraa city. A rebel command center said on Twitter government attempts to storm the town were being resisted after it was struck with “dozens of Russian air raids”, barrel bombs and rocket barrages.

The two-week-old attack has taken a chunk of rebel territory northeast of Deraa city, where some rebels surrendered.

The Observatory said 150 civilians have been killed.

For the president, the Deraa campaign holds out the prospect of reopening the Nassib crossing with Jordan, a vital trade artery. Once Deraa is captured, the campaign is expected to move into the Quneitra area closer to the Golan frontier.

Recovering the frontier with the Golan Heights is also important to Assad, reestablishing his status as a frontline leader in the conflict with Israel, which sent reinforcements to the Golan frontier on Sunday.

State TV said Thursday’s bombardment had targeted the southern parts of Deraa, a city long split between rebels and the army, and the towns of Saida, al-Nuaima, Um al-Mayadan and Taiba.

Its correspondent said the army aimed to drive southwards through the area immediately east of Deraa city, where rebel territory narrows to a thin corridor along the Jordanian border.

This would split the territory in two.

The army has been trying for days to reach the Jordanian border in the area immediately west of Deraa, but had not succeeded in attempts to storm an insurgent-held air base there, the rebel command center Twitter account said.

Fleeing civilians have mostly sought shelter along the frontiers with Israel and Jordan, which is already hosting some 650,000 Syrian refugees. Both countries have said they will not open their borders, but have distributed some supplies inside Syria.

Southwest Syria is a “de-escalation zone” agreed last year by Russia, Jordan and the United States to reduce violence.

Near the start of the government’s offensive, Washington indicated it would respond to violations of that deal, but it has not done so yet and rebels said it had told them to expect no American military help.

For the anti-Assad rebels, losing the southwest will reduce their territory to a region of the northwest bordering Turkey and a patch of desert in the east where U.S. forces are stationed near the border with Iraq and Jordan.

Assad now controls most of Syria with help from his allies, though a large part of the north and east is in the hands of Kurdish-led militia backed by the United States. 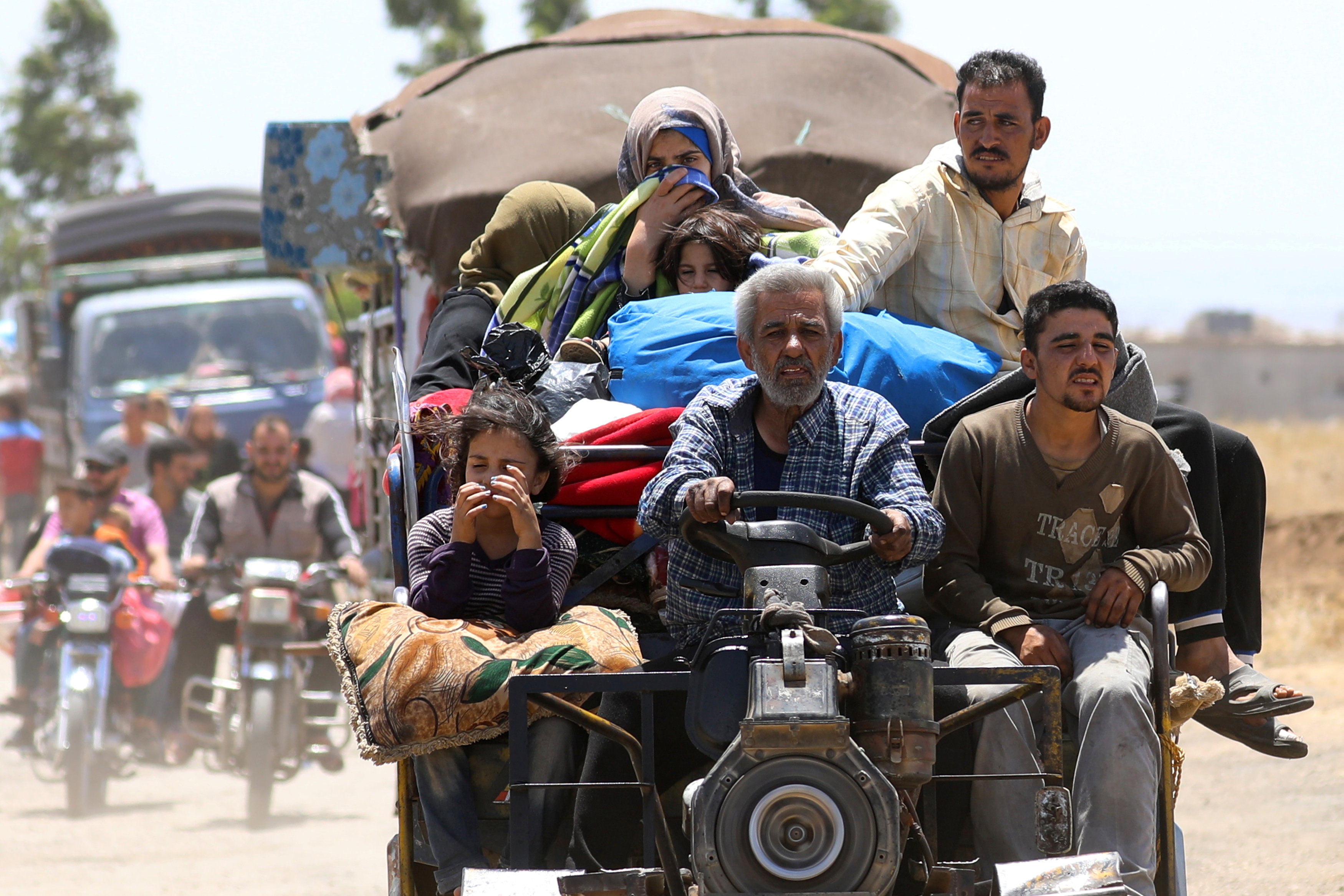