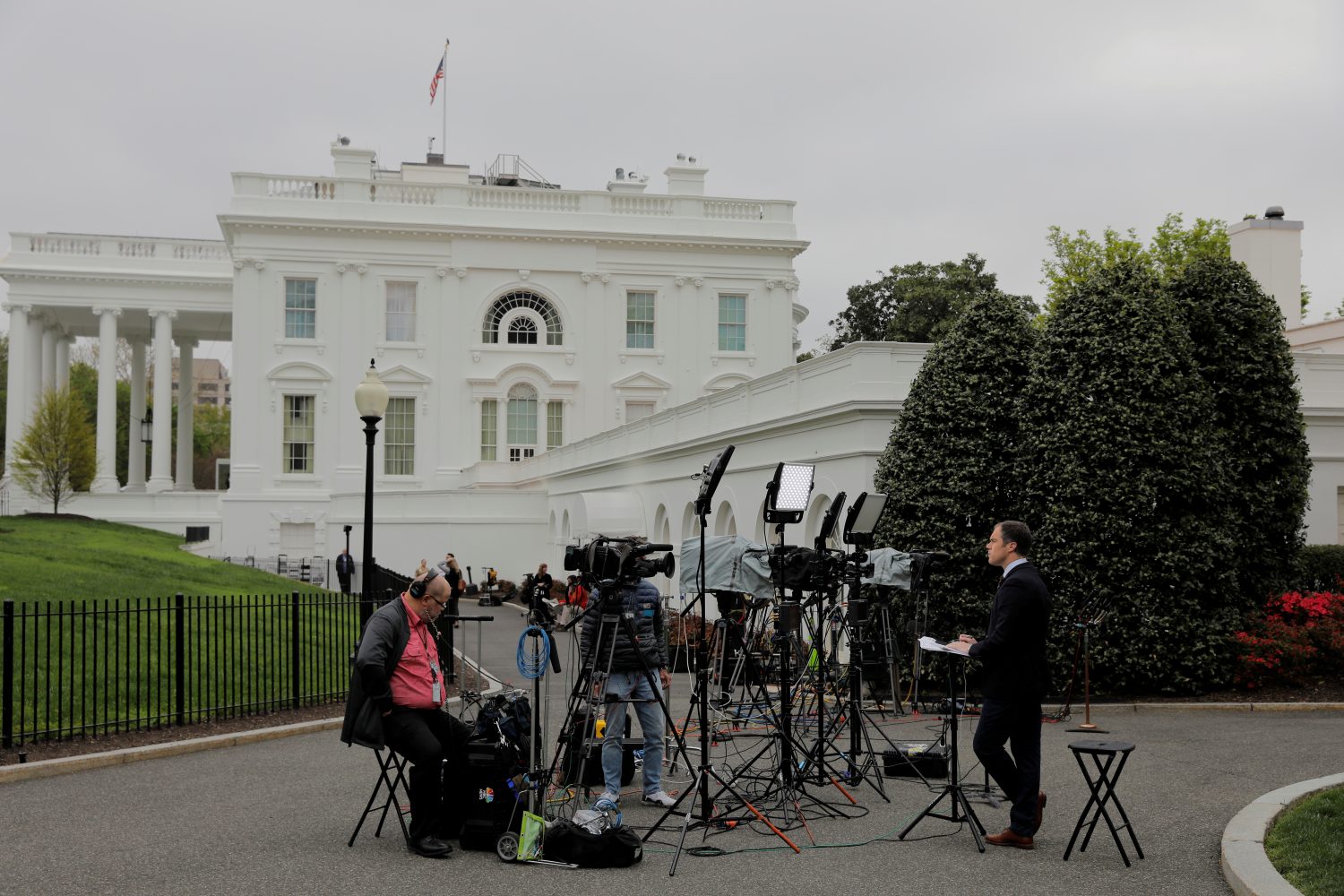 WASHINGTON (Reuters) – U.S. Attorney General William Barr on Thursday offered a spirited defense of President Donald Trump ahead of the release of Special Counsel Robert Mueller’s report on Russia’s role in the 2016 U.S. election, but revealed that it detailed 10 episodes of potential obstruction of justice by the president.

Barr, the top U.S. law enforcement official and a Trump appointee, gave a news conference at the Justice Department as he sought to shape the narrative on a watershed day in Trump’s tumultuous presidency.

Barr is one of a handful of people to have seen the report before its release later on Thursday. He emphasized that Mueller did not conclude there was collusion between Trump’s campaign and Moscow.

The attorney general previously said Mueller had not exonerated Trump on the question of whether the president had committed the crime of obstruction of justice by trying to impede the Russia inquiry.

At the news conference, Barr said the report details “ten episodes” involving Trump and “discusses potential legal theories for connecting these actions to elements of an obstruction offense.” Barr said he concluded Trump had not committed obstruction of justice.

Barr said he and Attorney General Rod Rosenstein, who appointed Mueller as special counsel in May 2017, “disagreed with some of the special counsel’s legal theories and felt that some of the episodes examined did not amount to obstruction as a matter of law.”

“Apart from whether the acts were obstructive, this evidence of non-corrupt motives weighs heavily against any allegation that the president had a corrupt intent to obstruct the investigation,” Barr said.

The prospect of the Democratic-led House of Representatives beginning an impeachment process to remove Trump from office receded with the release of Mueller’s initial findings last month.

Some House Democrats had spoken of launching impeachment proceedings against Trump in Congress but top Democrats have been notably cautious. Any such effort would be unlikely to be successful because Trump fellow Republicans controls the Senate, which would decide the president’s fate.

The report’s disclosure, with portions expected to be blacked out by Barr to protect some sensitive information, is certain to launch a new political fight in Congress and on the 2020 presidential campaign trail, as Trump seeks re-election in a deeply divided country.

“President Trump faced an unprecedented situation. As he entered into office and sought to perform his responsibilities as president, federal agents and prosecutors were scrutinizing his conduct before and after taking office and the conduct of some of his associates,” Barr said.

“At the same time, there was relentless speculation in the news media about the president’s personal culpability. Yet, as he said from the beginning, there was in fact no collusion,” added Barr.

Moments after Barr concluded his news conference, Trump posted an image of himself on Twitter surrounded by fog with the words: “No collusion. No obstruction. For the haters and the radical left Democrats – GAME OVER.”

Barr said Trump’s personal lawyers “were given the opportunity to read a final version of the redacted report before it was publicly released,” a revelation certain to infuriate congressional Democrats.

“The Russian government sought to interfere in our election process but thanks to the special counsel’s thorough investigation, we now know that the Russian operatives who perpetrated these schemes did not have the cooperation of President Trump or the Trump campaign,” Barr said.

The report promises to provide new details about some of the biggest questions in the investigation, including the extent and nature of his campaign’s interactions with Russia and actions Trump may have taken to hinder the inquiry including his 2017 firing of FBI Director James Comey.

Mueller submitted the report to Barr on March 22. Two days later, Barr told lawmakers the inquiry did not establish that Trump’s 2016 campaign team engaged in a criminal conspiracy with Russia and that Mueller had not reached a formal conclusion on obstruction of justice. 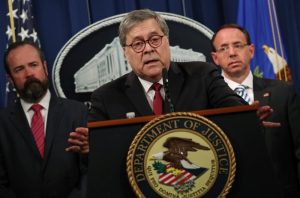 Barr seemed to offer cover for Trump’s actions by saying the report acknowledges that “there is substantial evidence to show that the president was frustrated and angered by a sincere belief that the investigation was undermining his presidency, propelled by his political opponents, and fueled by illegal leaks.”

Justice Department regulations give Barr broad authority to decide how much of the report to make public.

“That’s the bottom line. After nearly two years of investigations, thousands of subpoenas, hundreds of warrants and witness interviews, the special counsel confirmed that the Russian government-sponsored efforts to illegally interfere in the 2016 presidential election but did not find that the Trump campaign or other Americans colluded in those efforts,” Barr said.

The release of the report may deepen an already bitter partisan rift between Trump’s fellow Republicans, most of whom have rallied around the president, and his Democratic critics, who will have to decide how hard to go after Trump as they prepare congressional investigations of his administration.

Wall Street took Barr’s comments in stride, with the S&amp;P 500 holding slight gains during the news conference then slipping into negative territory after it ended.

Democrats were furious that Barr held a news conference on the report before it was provided to Congress.

Copies of the report will be delivered to Congress between 11 a.m. and noon (1500-1600 GMT), a senior Justice Department official said. The delay in seeing the report sparked Democratic complaints that Barr wanted to shape the public’s views during his news conference before others had a chance to draw their own conclusions.

Barr said “significant portions” of the report could have been kept secret because of a legal doctrine called executive privilege that lets the president withhold information about executive branch deliberations from other branches of government, but were not redacted. 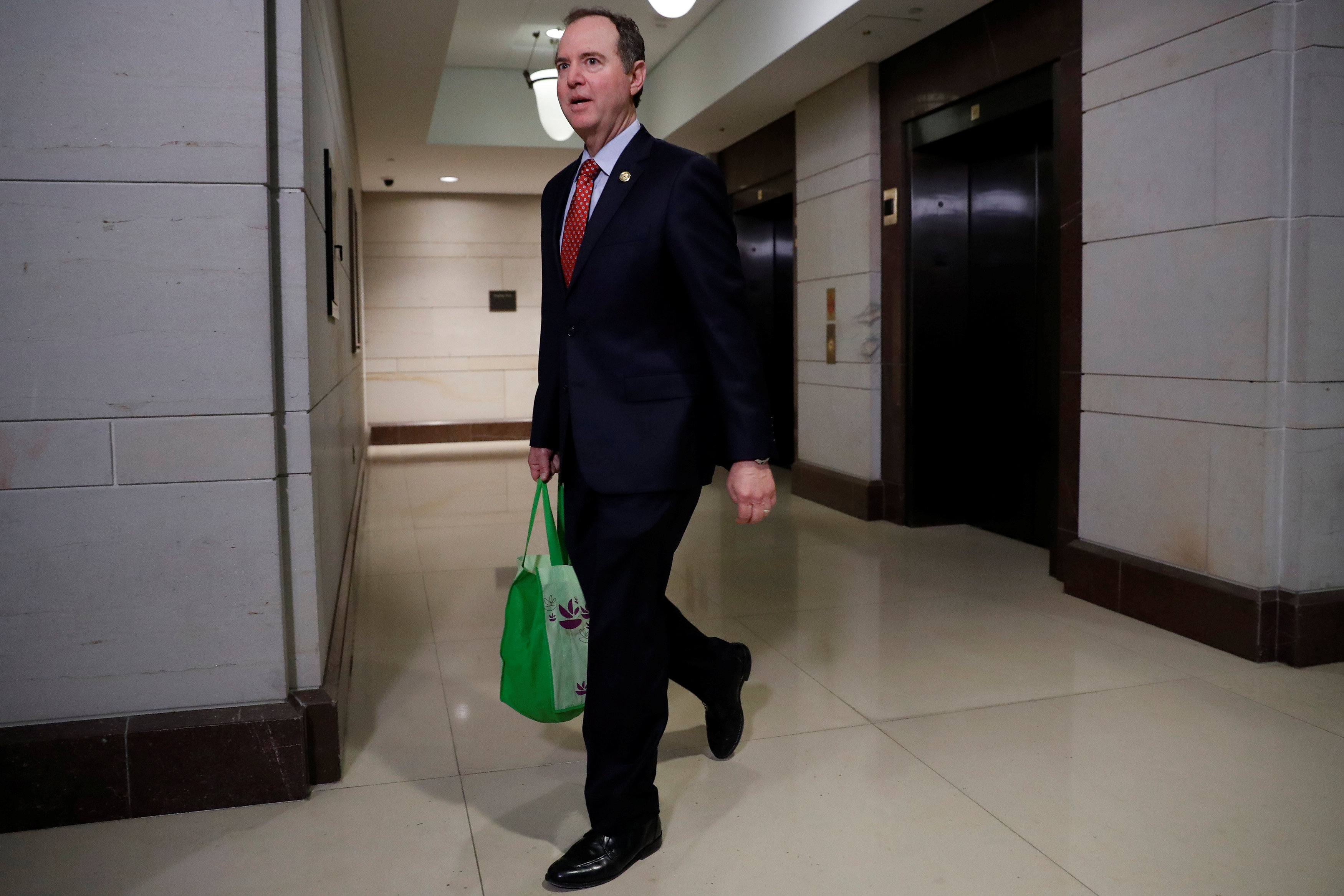 By Patricia Zengerle and John Walcott

WASHINGTON (Reuters) – The U.S. House Intelligence Committee voted along party lines on Monday to release a classified memo that Republicans say shows anti-Trump bias by the FBI and the Justice Department in seeking a warrant to conduct an intelligence eavesdropping operation.

In approving the release under a rule never before invoked, the Republican majority ignored a warning from Assistant Attorney General Stephen Boyd that making the document public would be “extraordinarily reckless” without submitting it to a security review.

The move added new fuel to bitter partisan wrangling over investigations by congressional committees and Special Counsel Robert Mueller into alleged Russian meddling in the 2016 election.

Calling it a “sad day” for the intelligence committee, top Democratic Representative Adam Schiff said the panel also voted against releasing a Democratic memo that countered the Republican report and rejected his call for a briefing by Federal Bureau of Investigation Director Christopher Wray.

“Today this committee voted to put the president’s personal interest, perhaps their own political interests, above the national interest,” Schiff said.

The memo was commissioned by Representative Devin Nunes, the committee’s Republican chairman. A Nunes spokesman did not immediately respond for a request for a statement.

Two sources familiar with the memo said it accuses the FBI and the Justice Department of abusing their authority in asking a Foreign Intelligence Surveillance Court judge to approve a request to extend an eavesdropping operation on Carter Page, an adviser to Trump’s 2016 campaign.

The memo charges that the FBI and the Justice Department based the request on a dossier compiled by a former British spy hired to dig up negative information on Trump by a research firm partially financed by the Democratic National Committee and Hillary Clinton’s presidential campaign, the sources said.

The dossier, however, was only part of the material on which the request was based, and any portion of the dossier used as evidence first would have been independently confirmed by U.S. or allied intelligence or law enforcement agencies, one of the sources said.

“There is no way any court would approve a warrant – any warrant, let alone one for surveillance on an American citizen – based on uncorroborated information,” said this source, who spoke on condition of anonymity.

The New York Times first reported the contents of the memo.

Democrats have criticized the document as “highly misleading,” based on a selective use of highly classified materials and intended to discredit Mueller, who was appointed by Rosenstein.

Russia denies interfering in the 2016 election, and Trump repeatedly has denied there was any collusion.

The House vote gave Trump up to five days to decide whether to release the classified document under a rule that has never before been used.

But Hogan Gidley, the White House deputy press secretary, told CNN that the vote has no bearing for Trump because if he takes no action, the memo will become public.

Representative Mike Conaway, a senior committee Republican, said Republicans voted against releasing the Democrats’ memo because the House of Representatives had not had a chance to read it. He said the committee agreed to let House members read it and would consider making it public after that.