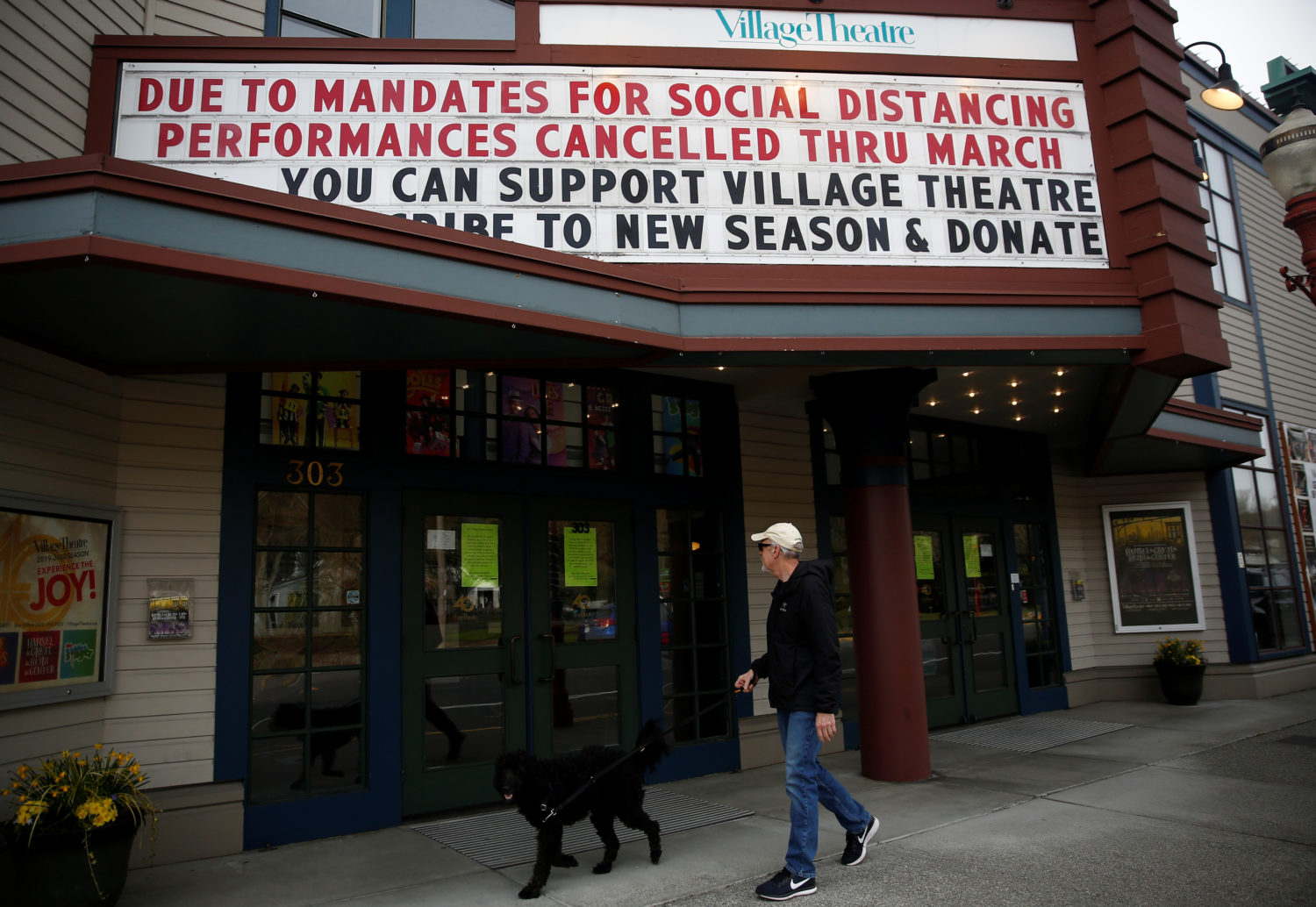 Fewer than half of Americans plan to go to sports events, concerts, movies and amusement parks when they reopen to the public until there is a proven coronavirus vaccine, according to a Reuters/Ipsos opinion poll released on Tuesday.

That includes those who have attended such events in the past, an ominous sign for the sports and entertainment industries hoping to return to the spotlight after being shut down by the pandemic.

Only about four in 10 who follow sports avidly and go to arts and entertainment venues and amusement parks said they would do so again if they reopened before a vaccine was available, the poll found.

Another four in 10 said they were willing to wait, even if it takes more than a year to develop a vaccine.

The rest said they either “don’t know” what to do or may never attend those events again.

“Just because people say we can go back, until people feel fully safe … they aren’t going to go back,” said Victor Matheson, a specialist in sports economics at the College of the Holy Cross in Massachusetts.

The United States leads the world with almost 1 million coronavirus infections and more than 56,000 deaths as of late Monday.

While as many as 100 potential vaccines are in development around the world, scientists are projecting that bringing one to market could take 18 months.

Only 17% of American adults said they would attend professional sporting events when they reopen to the public, while 26% said they would rather wait until there is a vaccine.

Among those who have attended a professional sporting event in the past year, 42% said they would return whenever it reopens to the public and 39% said they would rather wait for a vaccine, even if that means waiting more than a year.

Cincinnati resident Angie Hopkins, who has gone to pro games in the past, said she would not attend them again before there is a vaccine, out of concern for her health and that of her son.

“The risk of being with all those people, crammed in together, I think that would be unsettling,” she said.

“I have fibromyalgia, which could make me at risk for more serious complications. And my son has asthma, so I wouldn’t want to expose him either.”

About 59% of sports fans agreed that before a vaccine is available, professional sports leagues that have seen their seasons upended – like Major League Baseball, the National Basketball Association and the National Hockey League – should hold games with no in-person fans, while 33% disagreed.

That could spell trouble for tennis’ U.S. Open, which is scheduled to kick off in hard-hit New York City on Aug. 24. Organizers have said it was highly unlikely that they would hold the largest and loudest Grand Slam tournament without fans.

It is also unclear whether the NFL will delay the scheduled Sept. 10 start of its 101st season. Commissioner Roger Goodell said last week he believed the season could begin on time, but did not specify whether the league would consider doing so without fans.

The poll showed that only 27% of those questioned would go to a movie theater, concert or live theater performance when venues reopen, underscoring the hurdles faced by the entertainment industry as it tries to get back on its feet.

Thirty-two percent said they would wait for a vaccine before going back to the movies, theater or concerts.

In all, 55% of Americans said those events should not resume before a vaccine is available.

Movie buff and music fan Ana Morales of Bristow, Virginia, said she did not plan to visit a theater where she has a membership or attend a summer country music series until there is a vaccine.

“It would be a bit reckless for us to go,” she said, adding that she would be afraid of spreading the disease to her in-laws, who are over 60 years old.

She said that even if theaters implemented social-distancing rules, she would worry that shared surfaces like seats had not been cleaned thoroughly.

Hollywood has been tentatively hoping movie theaters could reopen partially by late July and recoup some losses from the normally lucrative summer season.

While dozens of summer movie releases have already been moved to the autumn or into 2021, Walt Disney Co’s “Mulan” and Warner Bros. “Wonder Woman 1984” are scheduled for release in July and August respectively.

Most musicians, including Justin Bieber, Taylor Swift and the Rolling Stones have canceled or postponed their 2020 tour dates.

The annual Coachella music festival in Southern California, which usually draws about 90,000 people, shifted its April dates to October in the hope the worst of the coronavirus pandemic would be over by then.

Enthusiasm for amusement and theme parks was even bleaker. Fifty-nine percent of respondents said they should not reopen until a vaccine is available. Only 20% said they would visit a theme park when they reopen.

Universal Studios has extended its closures in California and Florida until at least May 31, while Disneyland and Walt Disney World are closed indefinitely.

Disney Executive Chairman Bob Iger said earlier in April that temperature checks for visitors were one of the measures under consideration for any eventual reopening.

Broadway theaters were forced to shut down in mid-March and extended the closure to June 7, with several producers saying their plays would not return at all.

The Reuters/Ipsos poll surveyed 4,429 American adults from April 15 to 21, asking about their previous attendance at sports events and live concerts and their interest in attending if they reopened before a coronavirus vaccine is available. The poll questions noted a vaccine might not be available for more than a year.