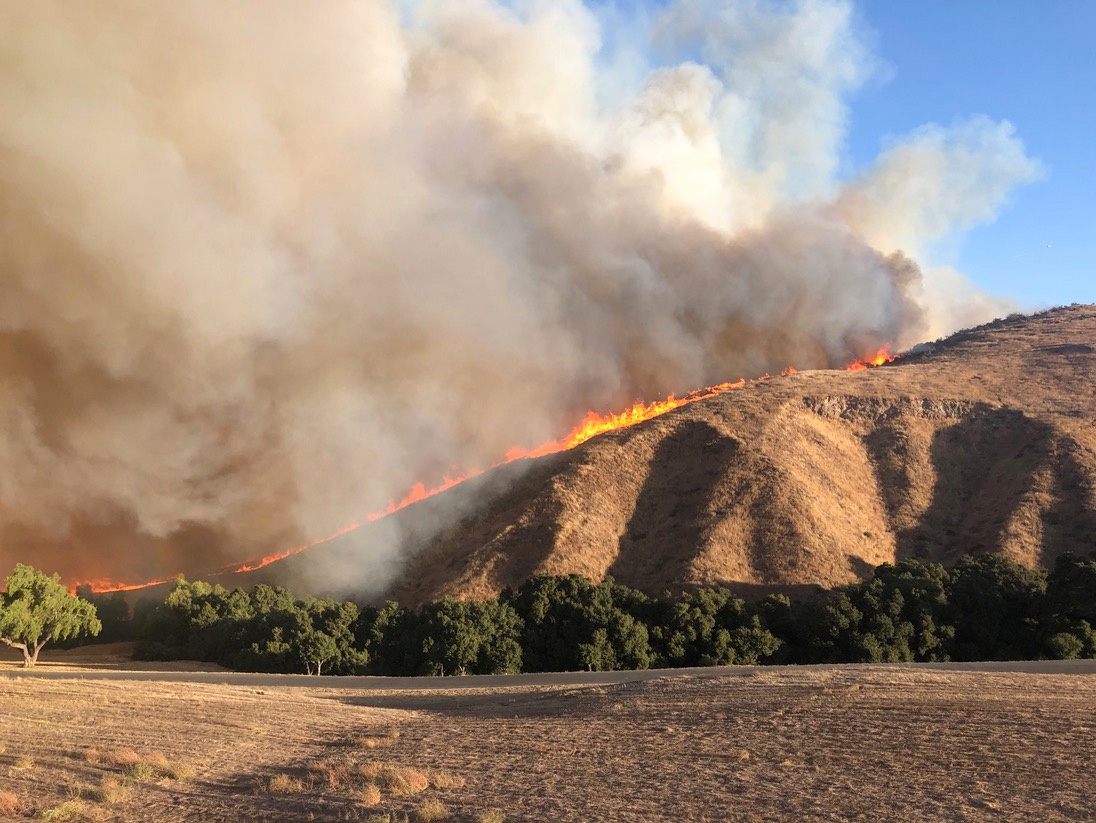 The fast-moving Hillside Fire grew to 200 acres (80 hectares) and was starting to consume homes near scrub-covered slopes in San Bernadino, east of Los Angeles, according to the San Bernadino County Fire Department.

At least six homes were destroyed or damaged and about 1,300 people had been ordered to evacuate. A helicopter and a small plane dropped water and retardant on the flames, according to Chris Prater, a fire department spokesman. A smaller brush fire was also reported in Jurupa Valley.

“The winds have probably been the biggest factor promoting this fire spread,” he said.

The region’s Santa Ana winds have been so extraordinarily dry, powerful and prolonged that the National Weather Service created a new alert level, issuing an “extreme red flag warning” through Thursday evening in Los Angeles and Ventura counties.

Two other major fires have charred the region since the start of the week.

The Getty Fire broke out near the Getty Center art museum in Los Angeles on Monday morning, burning chaparral up and down the mountain slopes around a major highway.

Officials ordered the evacuation of more than 10,000 homes in some of the city’s richest neighborhoods, although they began allowing some people to return on Wednesday as about 40% of the 745-acre (300-hectare) fire was brought under control.

The Easy Fire ignited early on Wednesday, sending flames racing up to the walls of the Ronald Reagan Presidential Library atop a mountain in Ventura County’s Simi Valley northwest of Los Angeles. Some 30,000 residents were ordered to evacuate, along with an unknown number of horses in an area that is known for its ranches. County schools remained closed on Thursday.

Officials at the Getty Center and the Reagan Library were confident both complexes would be unscathed, thanks to various fire-prevention systems. These include, in the case of the Reagan Library, an annual visit by a herd of goats that eats away the surrounding flammable scrub. On Wednesday, helicopters doused the area around the library with water.

No injuries have been reported in the fires, although at least a dozen homes in Los Angeles have burned down.

The Santa Ana winds arrive in the autumn, sending hot, dry air down from the mountains out to the Southern California coast. Gusts of 65 miles per hour (105 kilometers per hour) were recorded in mountainous areas around Los Angeles, and more powerful winds were forecast for Thursday morning.

Tens of thousands of people in the region were without power after a precautionary shutdown by the Pacific Gas & Electric Co <PCG.N>.

Investigators say the Getty fire was likely caused by a broken tree branch that was blown into power lines during high winds on Monday morning.

In northern California, firefighters have been fighting the 76,000-acre (30,760-hectare) Kincade Fire in Sonoma County’s wine country for more than a week. That blaze has destroyed at least 189 homes and other structures but was listed as 30% contained on Wednesday.

PG&E acknowledged last week that the Kincade Fire started near a damaged transmission tower at about the time a live high-voltage line on that tower malfunctioned.

As many as 190,000 people were displaced at the height of the Kincade Fire, but some evacuation orders have since been lifted. 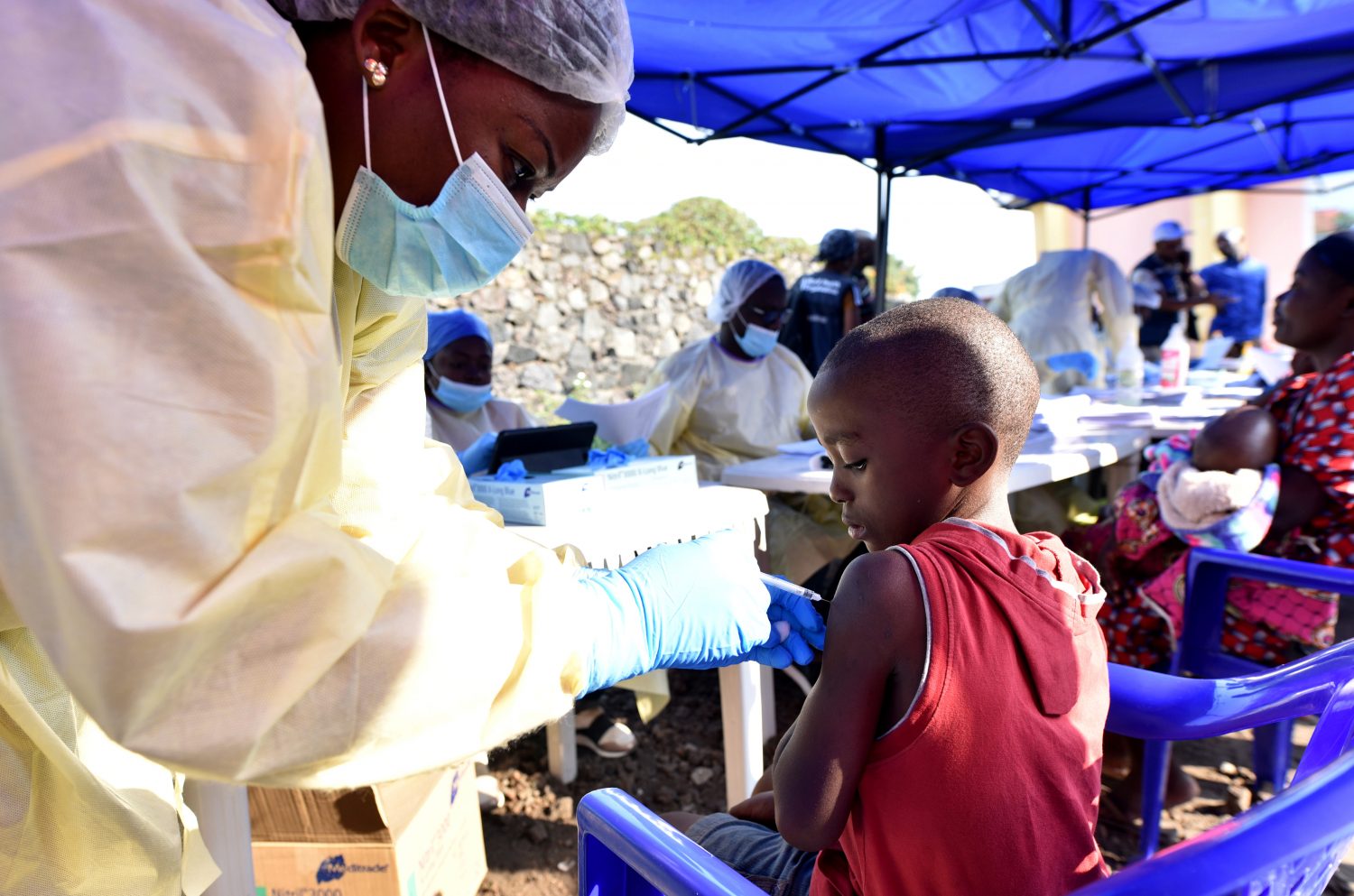 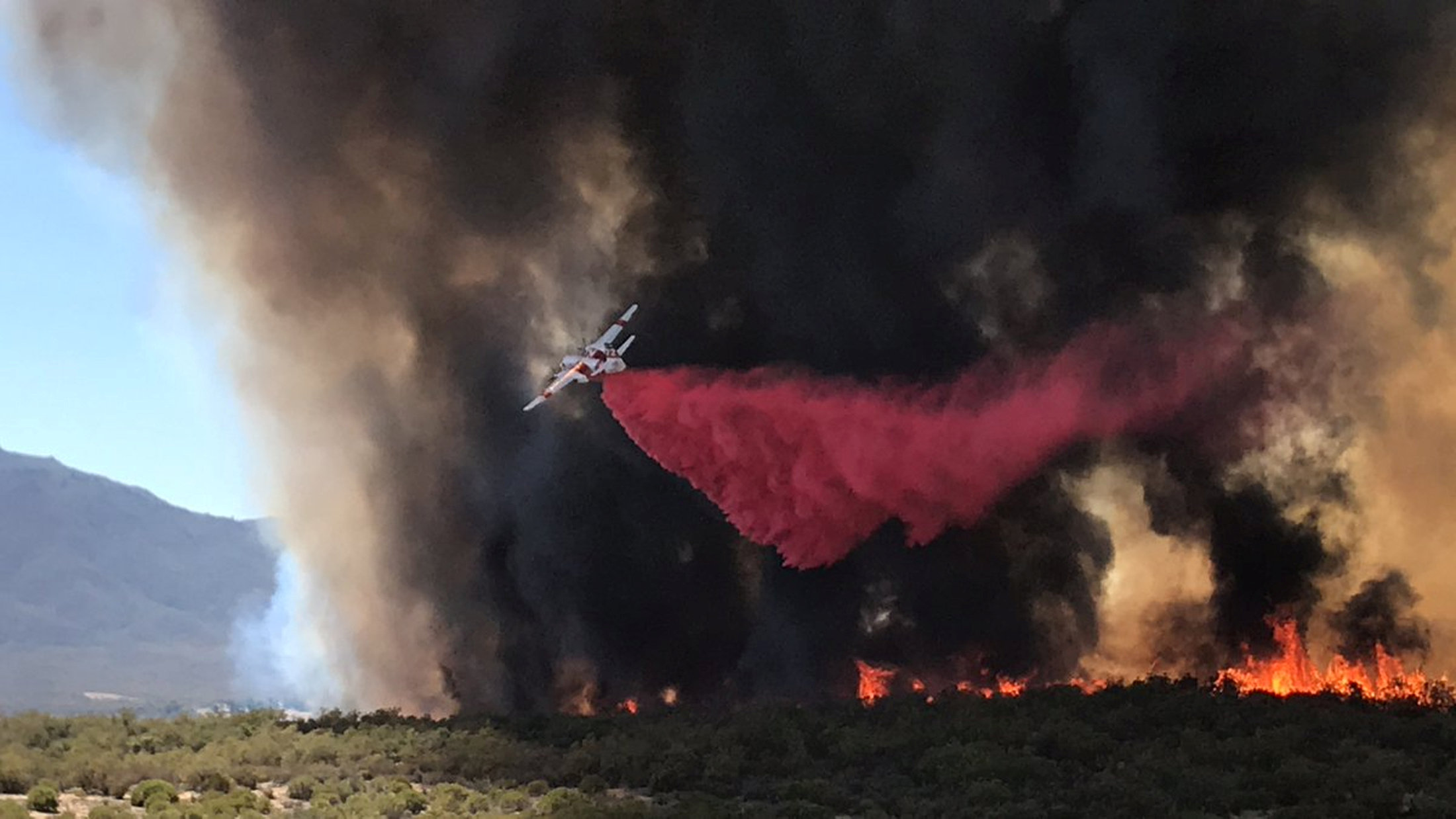 LOS ANGELES/DENVER (Reuters) – A wildfire in northern California killed one person, destroyed buildings, forced the evacuation of hundreds of people from nearby communities and prompted the governor to declare a state of emergency.

The Klamathon Fire broke out on Thursday and, within hours, spread from an initial 1,000 acres to 8,000 acres (3,237 hectares), the California Department of Forestry and Fire Protection said in an advisory.

One person has died due to the fire, a spokeswoman for the agency said on Friday, without providing any details.

The blaze destroyed an unknown number of structures and forced residents in the small communities of Hornbrook, Hilt and Colestein Valley to flee as flames crossed Interstate 5 near the California and Oregon border, local media reported.

California Governor Jerry Brown declared a state of emergency for the area, allowing state resources to be devoted to fighting the wildfire and keeping people safe. 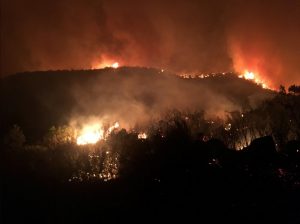 The Klamathon Fire was one of more than three dozen wildfires that firefighters were battling in California and across the U.S. West during an unusually active fire season.

Fires have razed through more than 2.8 million acres in the United States this year through Thursday, above the average of about 2.4 million acres for the same period over the last 10 years, according to the National Interagency Fire Center.

Firefighting efforts across the region have been hampered by blistering temperatures, low humidity and erratic winds.

Crews in Northern California tried on Thursday to cut containment lines around the County Fire, which has already burned across some 135 square miles. Nine structures have been destroyed and some 100 homes were said to be in danger.

That blaze, which broke out on Saturday in steep, inaccessible terrain about 45 miles northwest of Sacramento and spans more than 88,000 acres, has so far largely burned away from populated areas. It was 37 percent contained early on Friday, officials said.

The weather will become hotter and drier into the weekend, Cal Fire warned.

In Colorado, nine major wildfires have razed through more than 216,000 acres, according to the Rocky Mountain Coordination Center.

Crews battling the Spring Fire got a respite from hot temperatures on Thursday, with rain forecast for the region, although heavy downpours could trigger flash flooding over the burn scar, according to InciWeb, a federal wildfire website.

Near Aspen, the Lake Christine fire has enveloped more than 5,000 acres and destroyed three homes in the town of EL Jebel, the Eagle County Sheriff’s Office said. The fire has not been contained and some 500 people have been ordered to evacuate.

(Additional reporting by Brendan O’Brien in Milwaukee and Makini Brice in Washington; Editing by Larry King and Bernadette Baum)