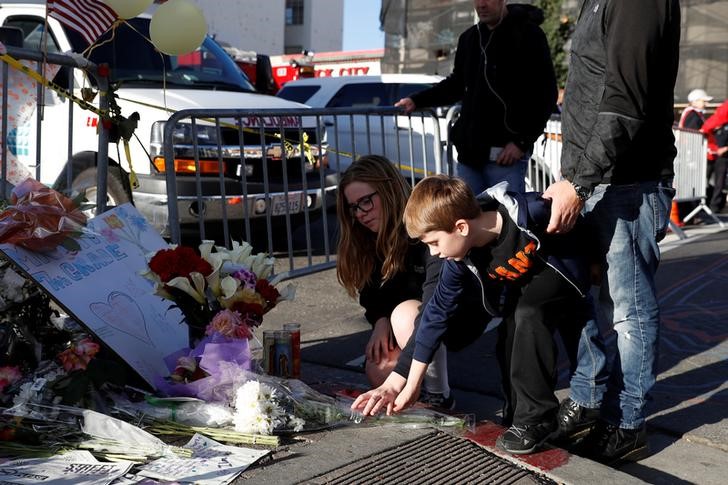 By Rory Carroll and Dan Levine

SAN FRANCISCO (Reuters) – In the days since a warehouse fire in Oakland, California, killed at least 36 people attending a party, cities across the United States have vowed to find ways to prevent such tragedies.

In Portland, Oregon, an elected leader wants to require sprinklers before a building can host a special event. In Los Angeles, a councilmember is calling on citizens to report unsafe buildings.

In Baltimore, officials reacted swiftly on Monday to a citizen complaint about an art space called the Bell Foundry, condemning the building and ousting its tenants after finding violations that included a lack of permits, use of flammables and removal of ceiling beams, said Chief Roman Clark, a fire department spokesman.

The two-story California building where at least 36 people died lacked both sprinklers and smoke alarms. Oakland officials had issued multiple violation notices on the warehouse property over the past several years for trash, debris and rodents, according to city building department records. It was unclear if the city was aware of more serious violations such as just two exterior doors and wooden pallets partially forming a makeshift stairway. 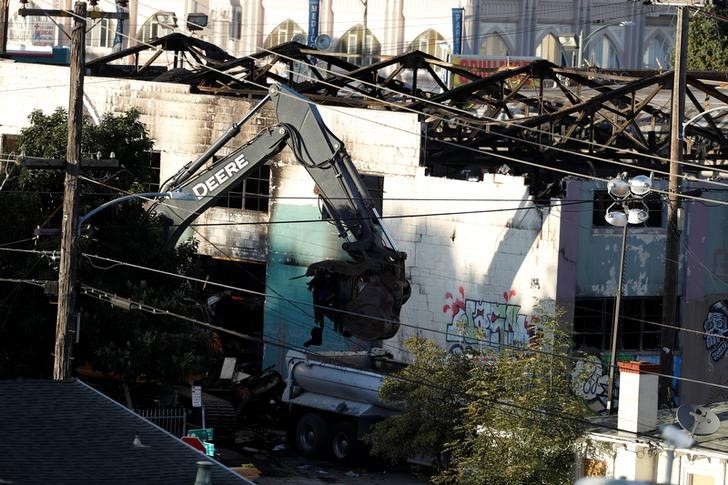 A crane removes debris from the site of a fatal warehouse fire in Oakland, California, U.S. December 6, 2016. REUTERS/Stephen Lam

“We’re seeing what’s happening there and it’s unbelievable. We want to make sure it doesn’t happen here or anywhere,” she said. “We should take this as a lesson and do our best as a country to make sure all of our cities are abiding by fire and safety regulations,” she said.

In Los Angeles, Councilmember Marqueece Harris-Dawson on Tuesday asked the public to report potential problem residences. “Some people simply aren’t aware that they are living in a place that is as unsafe as it is,” he said.

Los Angeles, he said has many empty warehouses and abandoned buildings that are used for parties and concerts and by the homeless seeking shelter.

Portland Commissioner Dan Saltzman said he wants more buildings to have sprinklers before holding gatherings. He also wants the public to tell the city about problems, as soaring rents have pushed people to live in unsafe conditions.

“We need to deputize the public as our inspectors too,” he said.

Arts organizations have also stepped up.

In Oakland, a group called Omni Commons will meet on Wednesday to see how they can help residents of makeshift spaces improve safety given an expected crackdown on building code violations, according to the group’s Facebook page.

A dance and circus art space called House of Yes in New York City will hold a fundraiser for Oakland victims, during which it will offer a fire-safety class.

In 2008, a non-fatal blaze destroyed the group’s former location, where 10 artists lived.