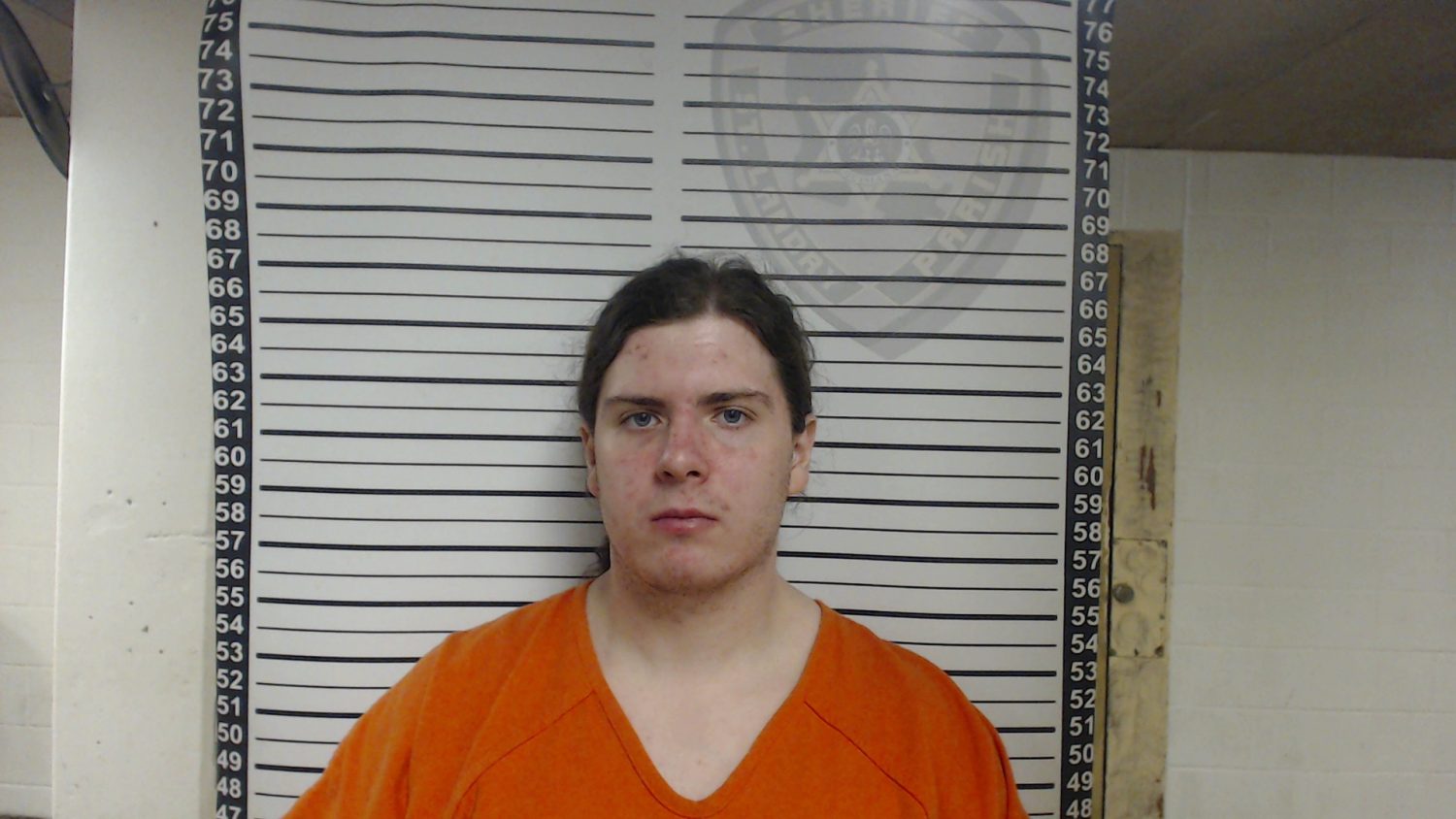 (Reuters) – The son of a sheriff’s deputy was charged with burning down three predominately black churches in southern Louisiana over the past two weeks, officials said on Thursday, saying they acted quickly out of concern he would strike again.

Holden Matthews, 21, a white resident of St. Landry Parish, the county where the fires occurred, was charged with three counts of simple arson on religious buildings, each count of which carries a prison sentence of up to 15 years, Louisiana Fire Marshal H. “Butch” Browning said.

“We are extremely, unequivocally confident that we have the person who is responsible for these tragic crimes on these three churches,” Browning told a news briefing in Opelousas, Louisiana, about 60 miles (97 km) west of Baton Rouge.

Matthews, the son of Deputy Roy Matthews of the St. Landry Parish Sheriff’s Office, was taken into custody late Wednesday, about 12 hours after he was identified as a suspect, Browning said.

“We felt that other crimes were imminent,” he said. “In an abundance of public safety, we quickly secured warrants and took him into custody.”

The three churches destroyed by the fires have mostly black congregations, raising authorities’ suspicion that the fires may be racially motivated hate crimes. No federal hate crime charges have been filed against Matthews so far.

Noting the history of black church burnings in the South, Louisiana Governor John Bel Edwards said the current episode was “especially painful because it reminds us of a very dark past of intimidation and fear.”

Edwards said the crimes appeared to be unrelated to the March 31 burning of a predominantly white church in another parish.

While investigators were still exploring motives, Browning said that Matthews had “a relationship with a type of music called black metal,” an extreme subgenre of heavy metal. Black metal has an association with church burnings in other parts of the world, he said.

Officials, including those from the Federal Bureau of Investigation and the Bureau of Alcohol, Tobacco and Firearms, said the investigation was ongoing.

St. Landry Parish Sheriff Bobby Guidroz said he believed his deputy was unaware of Holden Matthews’ involvement in the fires.

“Roy Matthews is one of my best friends, a great deputy,” Guidroz said. 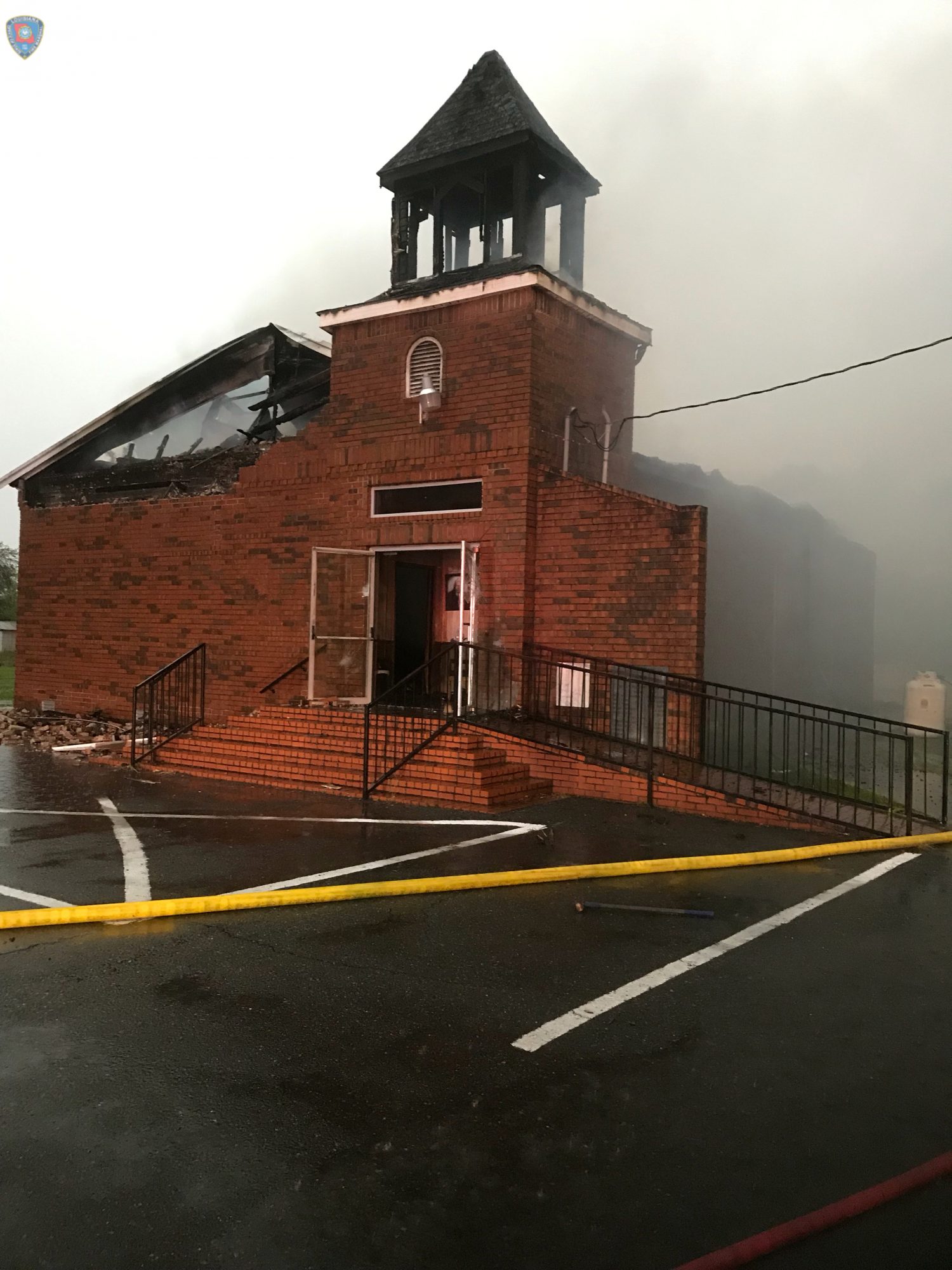 Investigators have not concluded whether the three fires at Baptist churches in St. Landry Parish, about 100 miles (160 km) northwest of New Orleans, were connected, said Ashley Rodrigue, a spokeswoman for the Louisiana Fire Marshall’s Office.

They also have not determined whether the blazes, which occurred between March 26 and Thursday, were intentionally set, she said in an email. At a news conference on Thursday, State Fire Marshall Butch Browning was asked if investigators were treating the fires as potential hate crimes.

“If the hate crime definition was violated, we will certainly vet those things out,” Browning said.

The number of hate crimes in the United States increased 17 percent in 2017, the third consecutive year such attacks rose, according to FBI data released last fall.

Without giving details, he said certain “patterns” had been discovered, but that it was too early to say whether a single individual had started the fires.

“There certainly is a commonality and whether that leads to a person or persons or groups, we don’t know,” Browning said.

The FBI and U.S. Bureau of Alcohol, Tobacco, Firearms and Explosives have joined in the investigation, Browning said.

Investigators have concluded that a fourth fire last Sunday, more than 200 miles outside St. Landry Parish at a predominantly white church in Vivian in northwest Louisiana, was intentionally set, state fire officials said in a statement.

That fire, inside the sanctuary at Vivian United Pentecostal Church, was relatively small and burned itself out.

No one has been arrested in connection with any of the church fires, which have not resulted in any injuries, officials said.