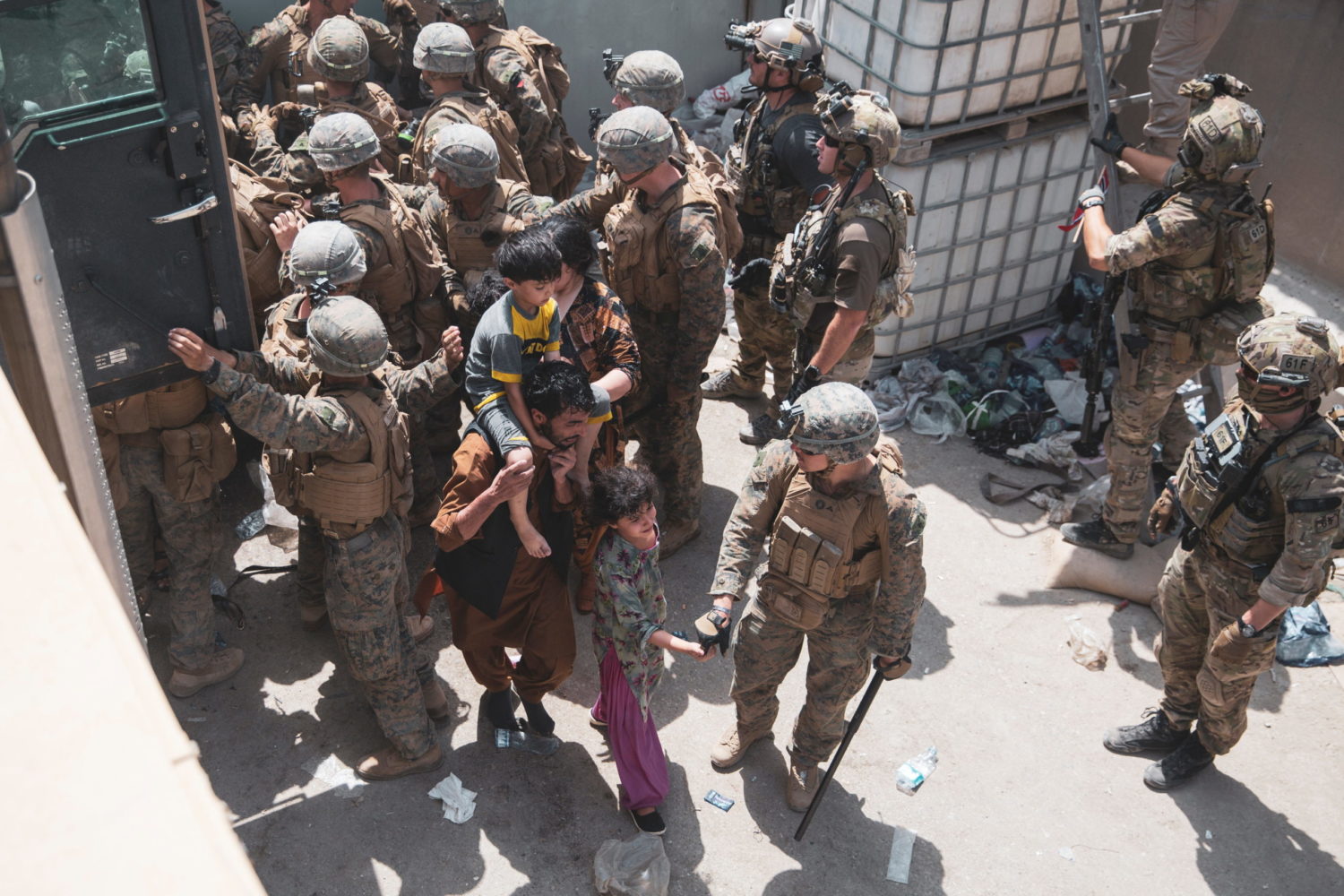 Thousands of Afghans and foreigners have thronged the airport for days, hoping to catch a flight out after Taliban fighters captured Kabul on Aug. 15 and as U.S.-led forces aim to complete their pullout by the end of the month.

Twenty people have been killed in the chaos at the airport, most in shootings and stampedes in the heat and dust, penned in by concrete blast walls, as U.S. and international forces try to evacuate their citizens and vulnerable Afghans. One person was killed in Monday’s clash, the German military said.

CNN said a sniper outside the airport fired at Afghan guards – some 600 former government soldiers are helping U.S. forces at the airport – near its north gate.

U.S. and German forces were involved in the clash, Germany’s military said. Three wounded Afghan guards were being treated at a field hospital in the airport, it said.

Two NATO officials at the airport said the situation was under control after the firing.

The Taliban have deployed fighters outside the airport, where they have tried to help enforce some kind of order.

On Sunday, Taliban fighters beat back crowds at the airport a day after seven Afghans were killed in a crush at the gates as the deadline for the withdrawal of foreign troops approaches.

The Taliban seized power just over a week ago as the United States and its allies withdraw troops after a 20-year war launched in the weeks after the Sept. 11, 2001, attacks as U.S. forces hunted al Qaeda leaders and sought to punish their Taliban hosts.

The administration of Biden’s predecessor, Donald Trump, struck a deal with the Taliban last year allowing the United Sates to withdraw its forces in exchange for Taliban security guarantees.

“Let me be clear, the evacuation of thousands from Kabul is going to be hard and painful” and would have been “no matter when it began,” Biden said in a briefing at the White House.

“We have a long way to go and a lot could still go wrong.”

Biden said U.S. troops might stay beyond their Aug. 31 deadline to oversee the evacuation. But a Taliban leadership official said foreign forces had not sought an extension and it would not be granted if they had.

British Prime Minister Boris Johnson will urge Biden this week to extend the deadline. Defense Minister Ben Wallace said Britain was “down to hours now, not weeks” in its evacuation plan and forces on the ground needed to use every moment they had to get people out.

Johnson’s spokesperson said Britain still wanted to fly out thousands of people and had not set a hard deadline for when evacuations end.

“We will continue to run our evacuation process as long as the security situation allows… We need to be flexible in our approach,” the spokesperson said, adding that it would not be possible for British evacuations to continue once U.S. troops leave.

Panicked Afghans have clamored to board flights out of Kabul, fearing reprisals and a return to a harsh version of Islamic law that the Sunni Muslim group enforced when it held power from 1996 to 2001.

The chaos at the airport is also disrupting shipments of aid going in to Afghanistan.

The World Health Organization said 500 tonnes of medical supplies due to be delivered this week were stuck because Kabul airport was closed to commercial flights, Richard Brennan, WHO regional emergency director for the Eastern Mediterranean Region, told Reuters.

He said the WHO was calling for empty planes to divert to its storage hub in Dubai to collect the supplies on their way to pick up evacuees in Afghanistan.

Leaders of the Taliban, who have sought to show a more moderate face since capturing Kabul, have begun talks on forming a government, while their forces focus on the last pockets of opposition.

Taliban fighters had re-taken three districts in the northern province of Baghlan which opposition forces briefly captured and had surrounded opposition forces in the Panjshir valley, an old stronghold of Taliban opponents northeast of Kabul.

“The enemy is under siege in Panjshir,” Taliban spokesman Zabihullah Mujahid said on Twitter.

Anti-Taliban leader Ahmad Massoud said on Sunday he hoped to hold talks with the Taliban but his forces in Panjshir – remnants of army units, special forces and militiamen – were ready to fight.

Zabihullah also said the Taliban wanted to “solve the problem through talks.”

In general, peace has prevailed in recent days.

Reuters spoke to eight doctors in hospitals in several cities who said they had not heard of any violence or received any casualties from clashes since Thursday. 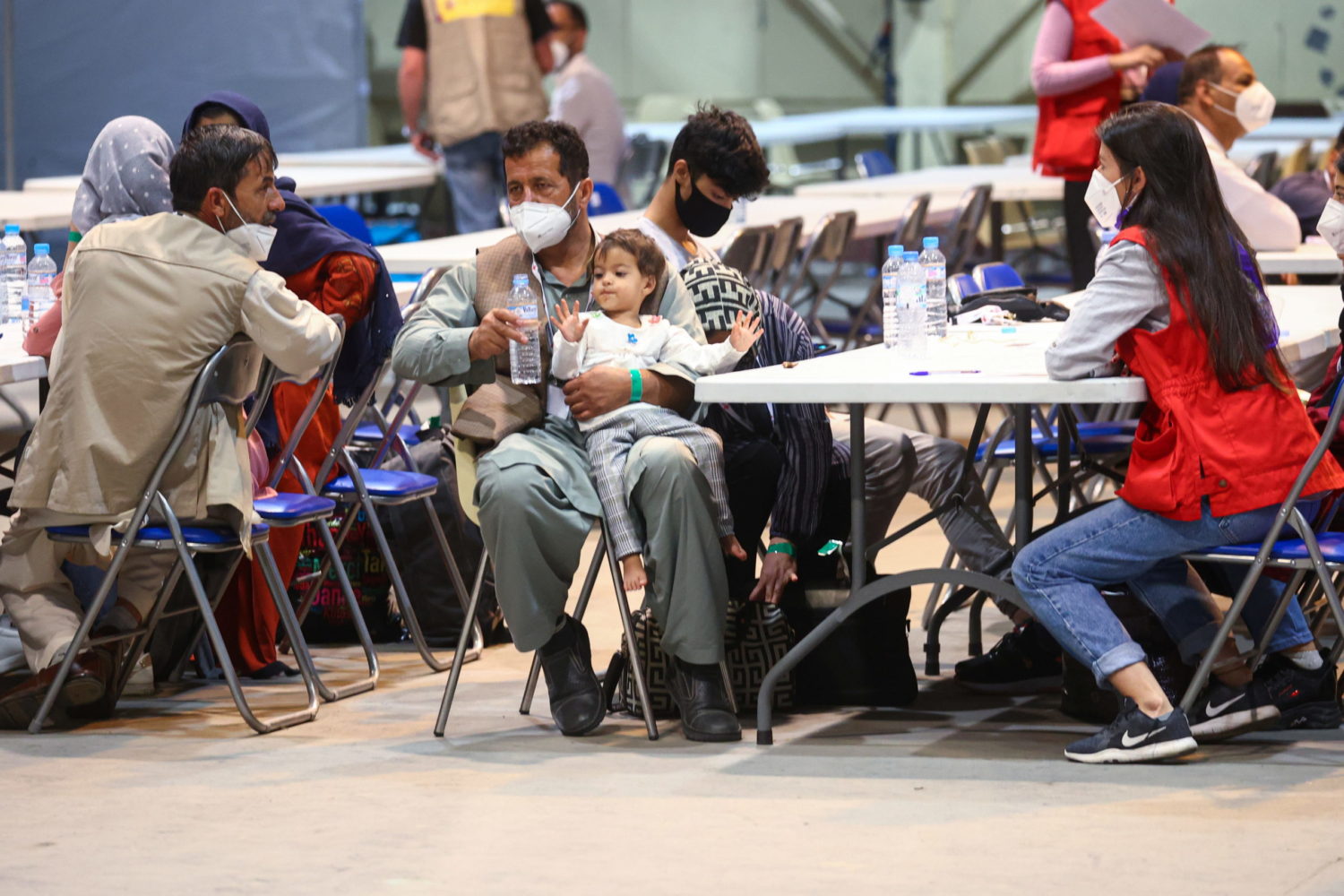 KABUL (Reuters) – Protests against the Taliban’s takeover in Afghanistan spread to more cities on Thursday, including the capital Kabul, and a witness said several people were killed when the militants fired on a crowd in Asadabad in the eastern province of Kunar.

“Our flag, our identity,” a crowd of men and women waving black, red and green national flags shouted in Kabul, a video posted on social media showed, on the day Afghanistan celebrates independence from British control in 1919.

A witness reported gunshots near the rally, but they appeared to be Taliban firing into the air.

Marchers chanted “God is greatest.” At some protests elsewhere, media have reported people tearing down the white flag of the Taliban.

Some demonstrations are small, but combined with a scramble by thousands of people to flee the country via Kabul airport they underline the challenge the Taliban will face to govern.

The Islamist movement conquered Afghanistan at lightning speed as foreign troops withdrew, surprising even its leaders and leaving them to fill power vacuums in many places.

Since seizing Kabul on Sunday, the Taliban have presented a more moderate face, saying they want peace, will not take revenge against old enemies and will respect the rights of women within the framework of Islamic law.

During their previous rule from 1996-2001, they severely restricted women’s rights, staged public executions and blew up ancient Buddhist statues.

In Asadabad, several people were killed during a rally, but it was unclear if the casualties resulted from Taliban firing or from a stampede that it triggered.

“Hundreds of people came out on the streets,” witness Mohammed Salim said. “At first I was scared and didn’t want to go but when I saw one of my neighbors joined in, I took out the flag I have at home.

“Several people were killed and injured in the stampede and firing by the Taliban.”

Protests flared in the city of Jalalabad and a district of Paktia province, also both in the east.

“Salute those who carry the national flag and thus stand for dignity of the nation,” First Vice President Amrullah Saleh, who is trying to rally opposition to the Taliban, said on Twitter.

Saleh said on Tuesday he was the “legitimate caretaker president” in Afghanistan after President Ashraf Ghani fled.

In an op-ed for the Washington Post, Ahmad Massoud, leader of the National Resistance Front of Afghanistan, based in an old anti-Taliban stronghold northeast of Kabul, called for Western support.

“I write from the Panjshir Valley today, ready to follow in my father’s footsteps, with mujahideen fighters who are prepared to once again take on the Taliban,” wrote Massoud, the son of Ahmad Shah Massoud, a veteran guerrilla leader killed by suspected al Qaeda militants in 2001.

Other former Afghan leaders, including ex-president Hamid Karzai, have held talks with the Taliban.

“I think they’re going through a sort of existential crisis about: Do they want to be recognized by the international community as being a legitimate government? I’m not sure they do,” Biden said in TV interview.

Kabul has been generally calm, but 12 people have been killed in and around the airport amid chaotic scenes, a NATO and a Taliban official said. The deaths were caused either by gun shots or stampedes, according to the Taliban official.

In one incident captured on social media, a small girl was hoisted over the airport’s high perimeter wall and handed to a U.S. soldier, underlining the desperation many people feel.

Gunmen fired into the air on Thursday at several entrances, scattering crowds including women clutching babies. It was not clear if the men firing were Taliban or security staff helping U.S. forces inside the airport.

The Taliban are “keeping their word” by providing foreign powers with support in evacuating their nationals, a Taliban official said.

“We are facilitating safe exit passage not just for foreigners but also to Afghans,” the official told Reuters.

About 8,000 people have been flown out of Kabul since Sunday, a Western security official said.

Under a pact negotiated by former President Donald Trump’s administration, the United States agreed to withdraw its forces in exchange for a Taliban guarantee they would not let Afghanistan be used to launch terrorist attacks.

The Taliban also agreed not to attack foreign forces as they leave.

Biden said U.S. forces would remain until all Americans were evacuated, even if that meant staying past an Aug. 31 U.S. deadline for withdrawal.