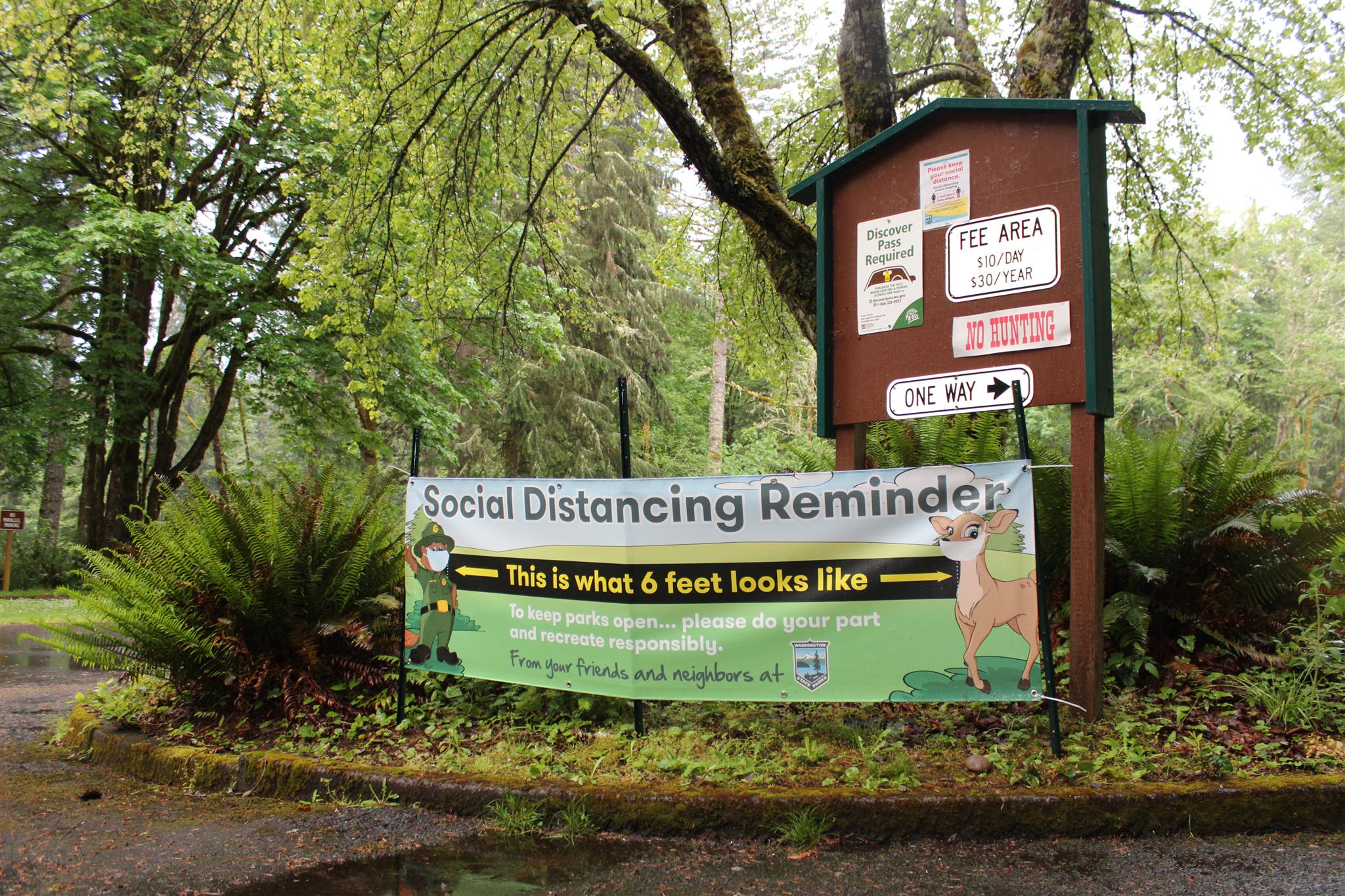 Rose suddenly found himself sharing the trailhead with many new faces precisely at a time when the public was being asked to maintain physical distance.

“Parking lots were filling up, so I changed my behavior to seek out non-peak hours,” Rose, a geographic information specialist, told the Thomson Reuters Foundation by phone. “At dinnertime, places I liked to bike (through) were less crowded.”

Outdoor recreation features heavily in the first phases of reopening plans for most U.S. states, even as public officials continue to discourage large gatherings and many national parks remain closed.

With summer approaching and diversions like music festivals, cinemas and theme parks still largely off-limits, conservation groups are lobbying Congress for dedicated public lands funding, ahead of the coming surge of crowds to parks around the country.

“Everyone is coping with the crisis by going outside,” said Tom Cors, director of government relations for lands at The Nature Conservancy, an environmental charity.

Congress would spend up to $9.5 billion over five years on the National Park System, which comprises about 4% of total land in the United States, and dedicate $900 million annually to the recently reauthorized Land and Water Conservation Fund.

“We know that Americans are getting back to the basics with their families and going out more into their public lands, which provide excellent social-distancing platforms for people’s activities,” Cors said in a phone interview.

“The Great American Outdoors Act supports all of these goals through maintenance and increased access by providing more land for conservation and recreation.”

Rose, the mountain biker in Spokane, volunteers with a mountain bike club to build new trails in a county that is 92.5% private land, according to data tabulated by Montana-based research firm Headwaters Economics.

“When you don’t have that much public space and you restrict it even more, what we end up seeing is more pressure on city and county parks,” he said.

The National Park Service estimated an $11.9 billion deferred maintenance backlog at the end of the 2018 fiscal year.

Chipping away at that list of potholed roads, crumbling bridges and aging visitor centers would help make less popular parks more attractive at a time when the public has been urged to spread out, say park advocates.

“We’re trying to disperse visitation across the country to more close-to-home places,” said Will Shafroth, president and CEO of the National Park Foundation, the parks’ official charity.

“And even within parks, we’re trying to disperse visitation so we’re not creating large crowds in small places.”

Just 10 national parks – including the Grand Canyon in Arizona and the Great Smoky Mountains, straddling North Carolina and Tennessee – account for 15% of annual visitors, according to park service figures.

“The enactment of (the Act) would be historic and would allow the Department of the Interior to better care for the lands it manages,” National Park Service spokeswoman Kathy Kupper said in emailed comments.

The other beneficiary of the bill’s passing would be the Land and Water Conservation Fund (LWCF), which was permanently reauthorized in February 2019.

Using about $900 million a year from offshore oil revenues, the program allows for the purchase of private land for parks and recreation.

Rose’s mountain bike club has requested $500,000 from the fund to secure 160 acres (65 hectares) of private land whose future development would threaten the Beacon Hill trails.

“The COVID-19 pandemic has shown how important close-to-home public green spaces like Beacon Hill are, and without LWCF it would be very difficult to purchase these important green spaces,” he said.

“Now is the time to pass this bill that will provide billions of dollars in funding for new jobs across Colorado and the country while protecting our public lands.”

Jill Simmons, head of the Washington Trails Association, a nonprofit, said that local outdoor groups support permanent funding for the LWCF, but cautions that the National Park System needs more than five years of funding to solve the long-term maintenance needs of U.S. public lands.

“The Great American Outdoors Act is a good first step. Just like our road system, our trail system is infrastructure that needs ongoing support,” she said.

“When you’re talking about an infrastructure system that can meet demand for generations, (the Act) is a boost and a start, but not the end-all, be-all.”

(Reporting by Gregory Scruggs, Editing by Jumana Farouky and Zoe Tabary. Please credit the Thomson Reuters Foundation, the charitable arm of Thomson Reuters, that covers the lives of people around the world who struggle to live freely or fairly. Visit http://news.trust.org) 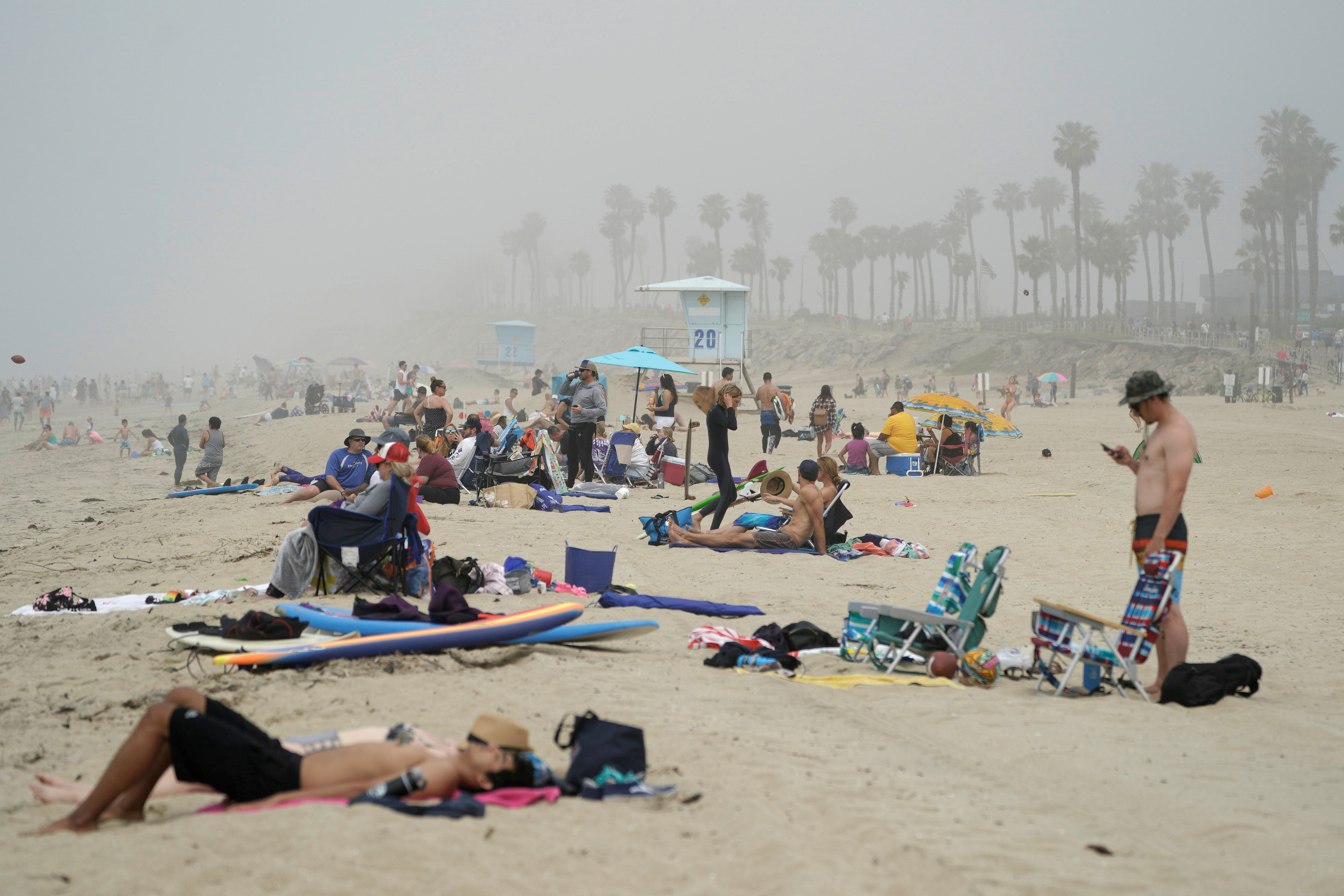 (Reuters) – California Governor Gavin Newsom will announce on Thursday the closure of all beaches and parks in the state amid concerns over the coronavirus pandemic after crowds jammed beaches last weekend, according to a memo seen by Reuters.

The memo was sent on Wednesday by the governor’s office to California’s police chiefs to plan ahead of Newsom’s announcement on Thursday.

“After the well-publicized media coverage of overcrowded beaches this past weekend, in violation of Governor Newsom’s Shelter in Place Order, the Governor will be announcing tomorrow that ALL beaches and all state parks in California will be closed, effective Friday, May 1st,” the memo read.

Newsom’s office and the California Police Chiefs Association did not immediately respond to a Reuters request for comment.

While Newsom, a Democrat, has said that curbside retail, manufacturing and other “lower-risk workplaces” should reopen in California within weeks as testing and contact-tracing improve, he has also said the state will step up enforcement of coronavirus-related public health restrictions after the scenes of crowded beaches last weekend.

Officials in the U.S. state’s Orange and Ventura Counties allowed access to their beaches during the warm spring weekend, prompting families and groups to head to the ocean.

The crowds on the beaches put at risk California’s progress in slowing the advance of the novel coronavirus, Newsom said on Monday.

The crowds also exemplified the tension that officials throughout the United States are dealing with as residents chafe under stay-at-home orders and some states begin to loosen them.

In response to the proposed closure of the state parks and beaches in California, Orange County Supervisor Donald Wagner said it was not a wise step.

“Medical professionals tell us the importance of fresh air and sunlight in fighting infectious disease, including mental health benefits,” Wagner said, adding that the order could undermine the cooperative attitude of the county’s residents.

A Reuters tally shows the United States has by far the world’s largest number of confirmed COVID-19 cases at more than a million, with total deaths topping 60,000 by late Wednesday.