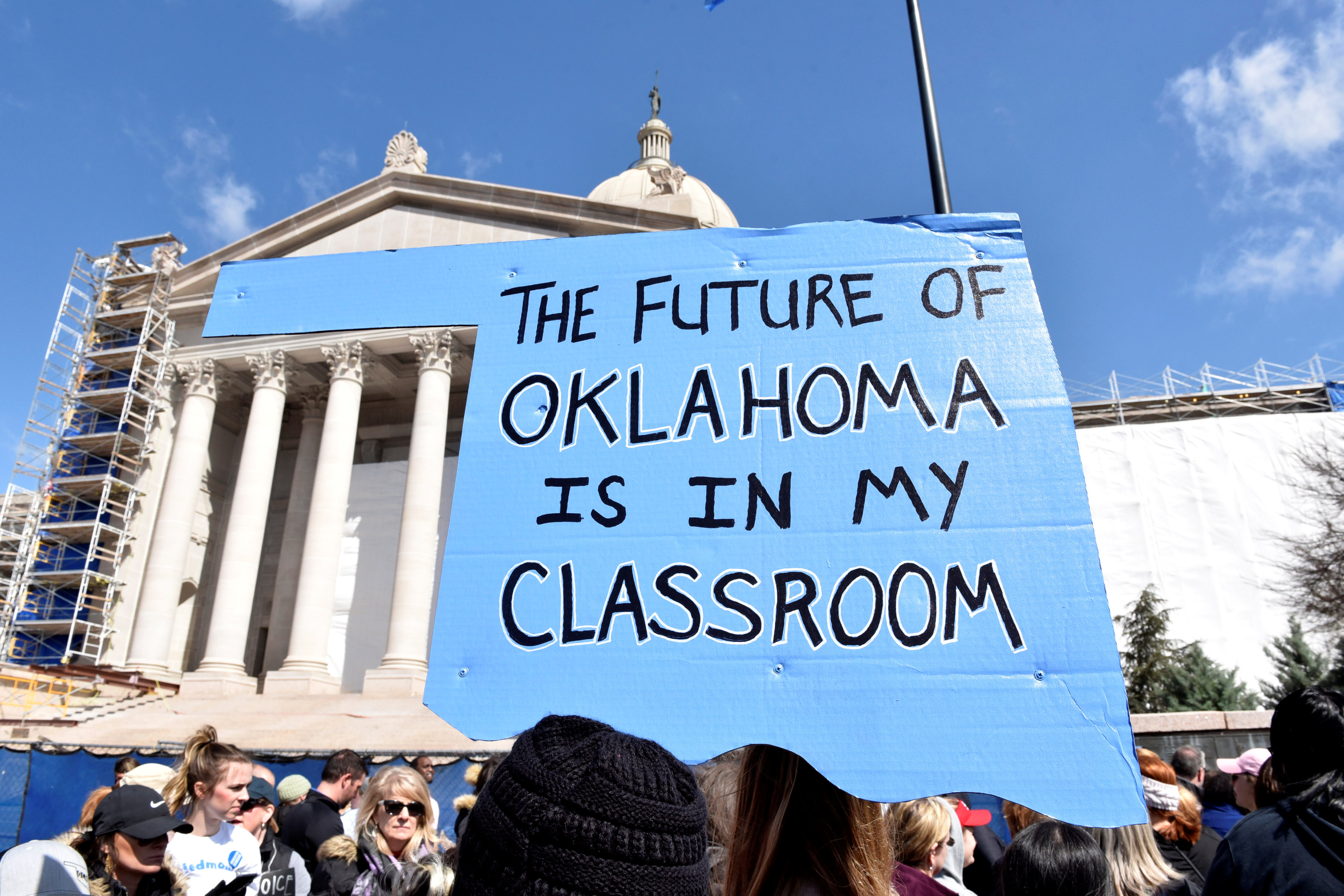 OKLAHOMA CITY (Reuters) – Oklahoma teachers packed the state Capitol on Monday to press the Republican-dominated Senate to enact a capital gains tax overhaul educators said could bring in about $100 million and help end a statewide walkout now in its second week.

Tens of thousands of teachers have come to the Capitol each working day since the strike started April 2 calling for increased spending for an education system where inflation-adjusted general funding per student dropped by 28.2 percent between 2008 and 2018, the biggest reduction of any state, according to the nonpartisan Center on Budget and Policy Priorities.

Public schools serving more than half of the state’s 700,000 students were closed on Monday, including those around Tulsa and Oklahoma City. Oklahoma teachers are some of the lowest paid in the country.

“We need lawmakers to make a long-term investment in our children’s future,” the Oklahoma Education Association, the state’s largest teachers union with about 40,000 members, said on Monday.

In the past few weeks, lawmakers approved nearly $450 million in new taxes and revenue to help fund teachers’ pay and education, but that is still short of the $600 million being sought by teachers.

The Senate is set to meet this afternoon and discuss a bill that would remove a tax exemption on capital gains. If the bill is enacted, the union has said it would be a major step toward ending the strike.

They also want lawmakers to implement a hotel tax that would bring in an estimated $50 million.

The strike has garnered strong public backing, with a statewide survey from the Sooner Poll agency released last Friday showing that 72.1 percent of respondents supported the walkout.

The job action comes after a West Virginia strike last month ended with a pay raise and as teachers in other states, increasingly angry over stagnating wages, consider walkouts of their own.

Opponents of the tax hikes, including Oklahoma Taxpayers United, argue that lawmakers could boost education spending by cutting bureaucracy and waste rather than raising taxes.

The new tax and revenue that has been approved by lawmakers translates into an average teacher pay raise of about $6,100.

Teachers are seeking a $10,000 raise over three years. The minimum salary for a first-year teacher is currently $31,600, state data shows.

A major cause of budget strain comes from tax breaks Oklahoma granted to its energy industry, which were worth $470 million in fiscal-year 2015 alone.

(Writing and additional reporting by Jon Herskovitz in Austin and Peter Szekely in New York; Editing by Scott Malone and Tom Brown)