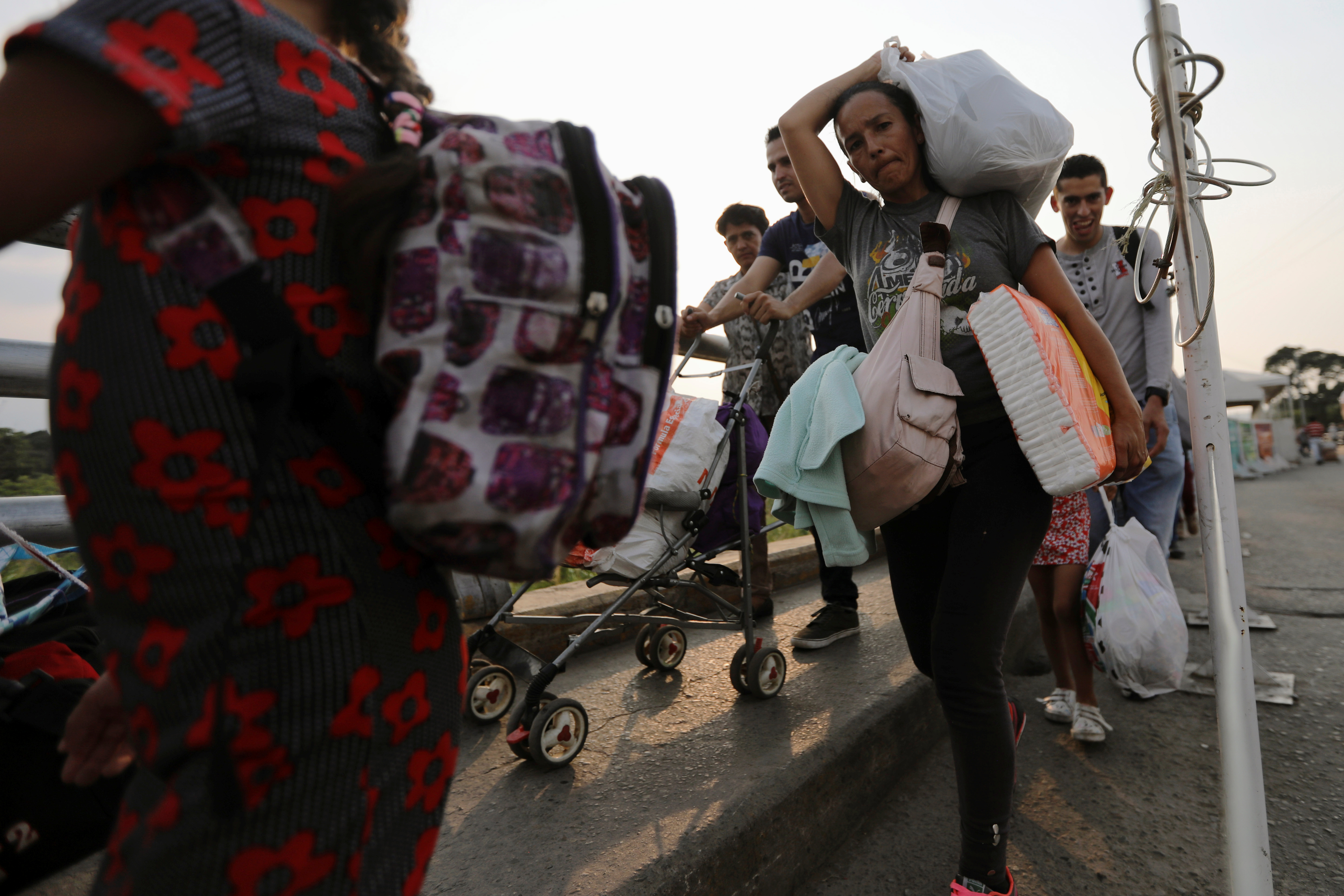 WASHINGTON (Reuters) – The United States is sending food and medical supplies to Colombia’s border with Venezuela where it will be stockpiled until it can be delivered to the economically shattered nation, U.S. officials with knowledge of the plan said on Tuesday.

One official, speaking on condition of anonymity, said the aid will be prepositioned at the main Colombian-Venezuelan border crossing at Cucuta.

It is unclear how the supplies will get into Venezuela without the blessing of President Nicolas Maduro and cooperation of the Venezuelan military, which has remained loyal to the socialist leader and is stationed on the Venezuelan side of the border.

The U.S. officials said trucks carrying the humanitarian aid were headed to Cucuta and would arrive later this week at the request of Venezuelan opposition leader Juan Guaido, who last month declared himself to be the South American nation’s interim president.

Prepositioning aid in warehouses or in truck convoys at border posts for weeks, or sometimes months, is common while officials negotiate the safe passage of humanitarian supplies to those in need. In countries like Myanmar, South Sudan and Syria, aid has often been stockpiled as sides negotiated the terms of allowing aid into areas.

Pressure is growing on Maduro to step down after more than a dozen European Union nations, including Britain, Germany and France, on Monday joined the United States, Canada and a group of Latin American countries in recognizing Guaido as Venezuela’s legitimate leader.

However Russia, China and Turkey continue to back Maduro, accusing Western nations of meddling in Venezuela’s internal affairs.

The 35-year-old Guaido, the head of Venezuela’s National Assembly, has galvanized the opposition with a hopeful message. He has repeatedly called on Venezuela’s military, which has remained loyal to Maduro, to support a transition to democracy.

The United States could attempt to seek the approval of the United Nations Security Council to deliver aid without Maduro’s cooperation, but Russia could block such a move.

So far, Maduro has rejected foreign aid. “We are not beggars. You want to humiliate Venezuela, and I will not let our people be humiliated,” he said on Monday.

Maduro’s government, overseeing an economic collapse that has prompted 3 million Venezuelans to flee the country, lashed out at the EU nations, saying their move would affect relations with Caracas.

In a statement, it accused them of submitting to a U.S. “strategy to overthrow the legitimate government” and singled out Spain, which had previously led mediation efforts, for acting “cowardly.”

With almost no information about how aid will be distributed, the Cucuta crossing from Venezuela appeared to be quiet on Tuesday.

The largest city along the frontier, Cucuta has borne the brunt of the arriving migrants. Thousands of people cross the pedestrian bridge daily lugging suitcases and plastic bags.

“Maduro doesn’t want help,” said Carolina Rozo, 20, as she crossed the bridge with a wheeled metal shopping cart. “He wants us to be poor. We have to come to buy food because we cannot even get cooking oil and eggs in Venezuela.”

Those who settle in Cucuta are often Venezuela’s poorest.

Others walk and bus hundreds of kilometers to other cities in Colombia, or follow thousands of others to Brazil, Peru, Chile and Argentina.

(Reporting by Lesley Wroughton; Additional reporting by Michelle Nicols at the United Nations, Roberta Rampton in Washington, Helen Murphy in Bogota and Anggy Polanco and Nelson Bocanegra in Cucuta; Editing by Paul Simao)