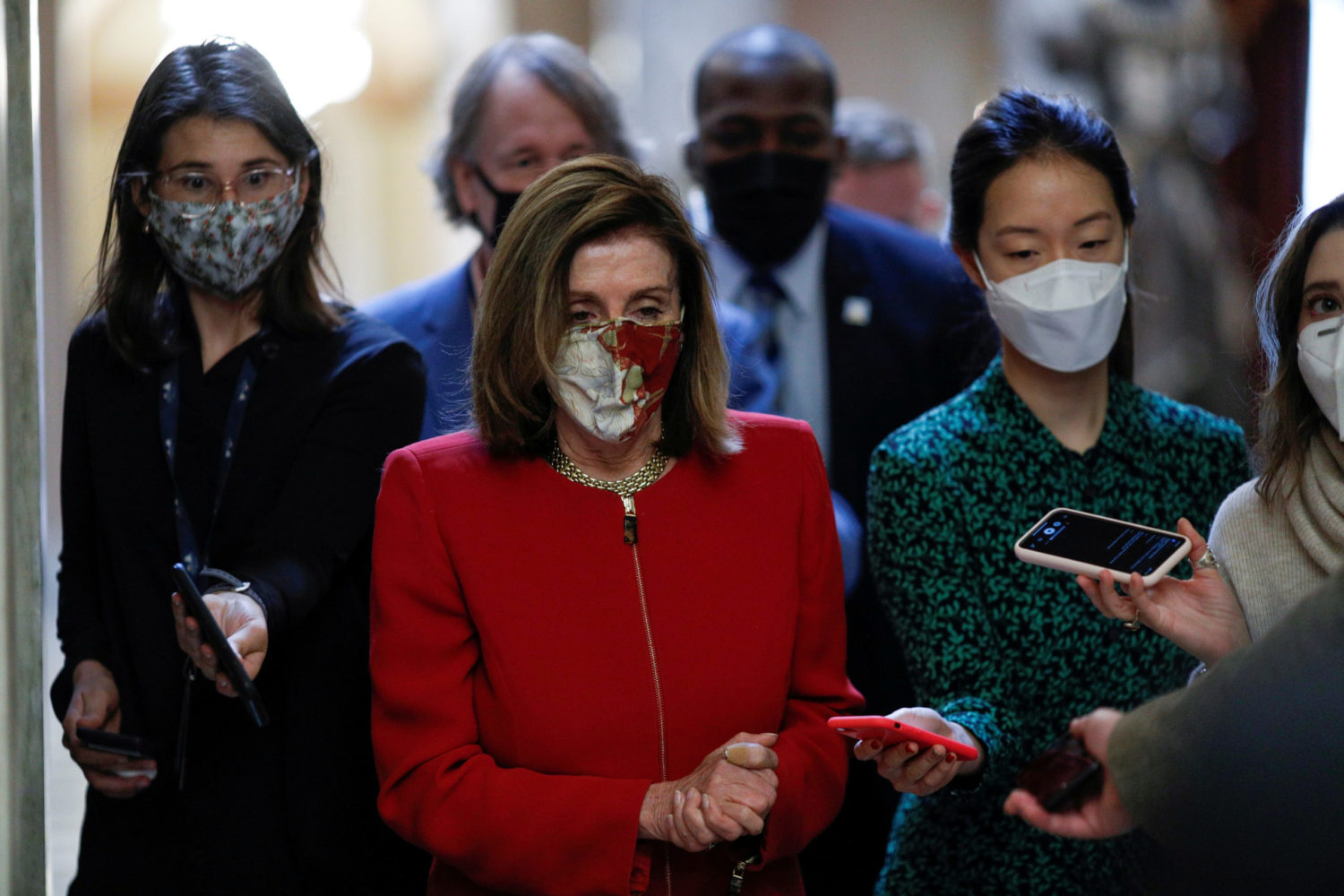 WASHINGTON (Reuters) -The U.S. Congress is likely to consider a one-week stopgap funding bill to provide more time for lawmakers to hammer out agreements in talks aimed at delivering COVID-19 relief and an overarching spending bill to avoid a government shutdown, Democratic aides said on Monday.

Lawmakers in the Republican-led Senate and Democratic-run House of Representatives need to enact a funding measure by Friday, when current funding for federal agencies is set to expire. House Speaker Nancy Pelosi and Senate Majority Leader Mitch McConnell hope to attach long-awaited COVID-19 relief to a broad $1.4 trillion spending bill.

But separate negotiations on coronavirus aid and government funding have yet to produce agreement, making it likely that Congress will vote on a stopgap funding measure, known as a continuing resolution, to allow an additional week of talks, two House Democratic aides said, speaking on condition of anonymity.

A bipartisan effort to deliver an infusion of COVID-19 relief to U.S. families and businesses remained hung up on Monday over provisions to help state and local governments, which Democrats want, and protect businesses from coronavirus-related lawsuits, a top Republican priority.

A group of House and Senate lawmakers had been expected as early as Monday to roll out the formal text of a $908 billion bill to blunt the health and economic impact of the coronavirus pandemic.

The U.S. Chamber of Commerce said in a new memo to Congress that failure to enact relief would risk a “double-dip recession” – which occurs when a recession is followed by a brief recovery and then another recession – that would permanently shutter small businesses and leave millions of Americans with no means of support.

But after lawmakers and their staff worked through the weekend to finalize the package, congressional aides said there was still no agreement.

Considering the weakening of the economy coupled with a surge in COVID-19 cases at a time when previously approved relief mechanisms are due to expire, it would be “stupidity on steroids if Congress doesn’t act,” Democratic Senator Mark Warner, a member of the bipartisan group that wrote the proposal, told CNN’s “State of the Union” on Sunday.

Lawmakers enacted $3 trillion in aid earlier this year but have not been able to agree on fresh relief since April.

A group of emergency aid programs implemented in response to the pandemic, including additional unemployment benefits and a moratorium on renter evictions, is set to expire at the end of December.

With U.S. coronavirus deaths topping 282,000 and pressure mounting for aid to a fragile economy, lawmakers and their staff worked through the weekend to put the finishing touches on the COVID-19 package intended to help those facing the greatest need, according to Senate Republican aides.

It would set new emergency assistance for small businesses, unemployed people, airlines and other industries during the pandemic. But lawmakers have opted not to include stimulus checks to individuals out of concern that a higher price tag could delay passage.

A framework for the bipartisan bill, unveiled earlier by the group of House and Senate lawmakers, has support from moderates and conservatives.

McConnell, who has pushed to limit spending to $500 billion, circulated a list of “targeted” relief provisions to Senate Republicans last week that he said President Donald Trump would sign. White House officials have also said that Trump favors a targeted measure. 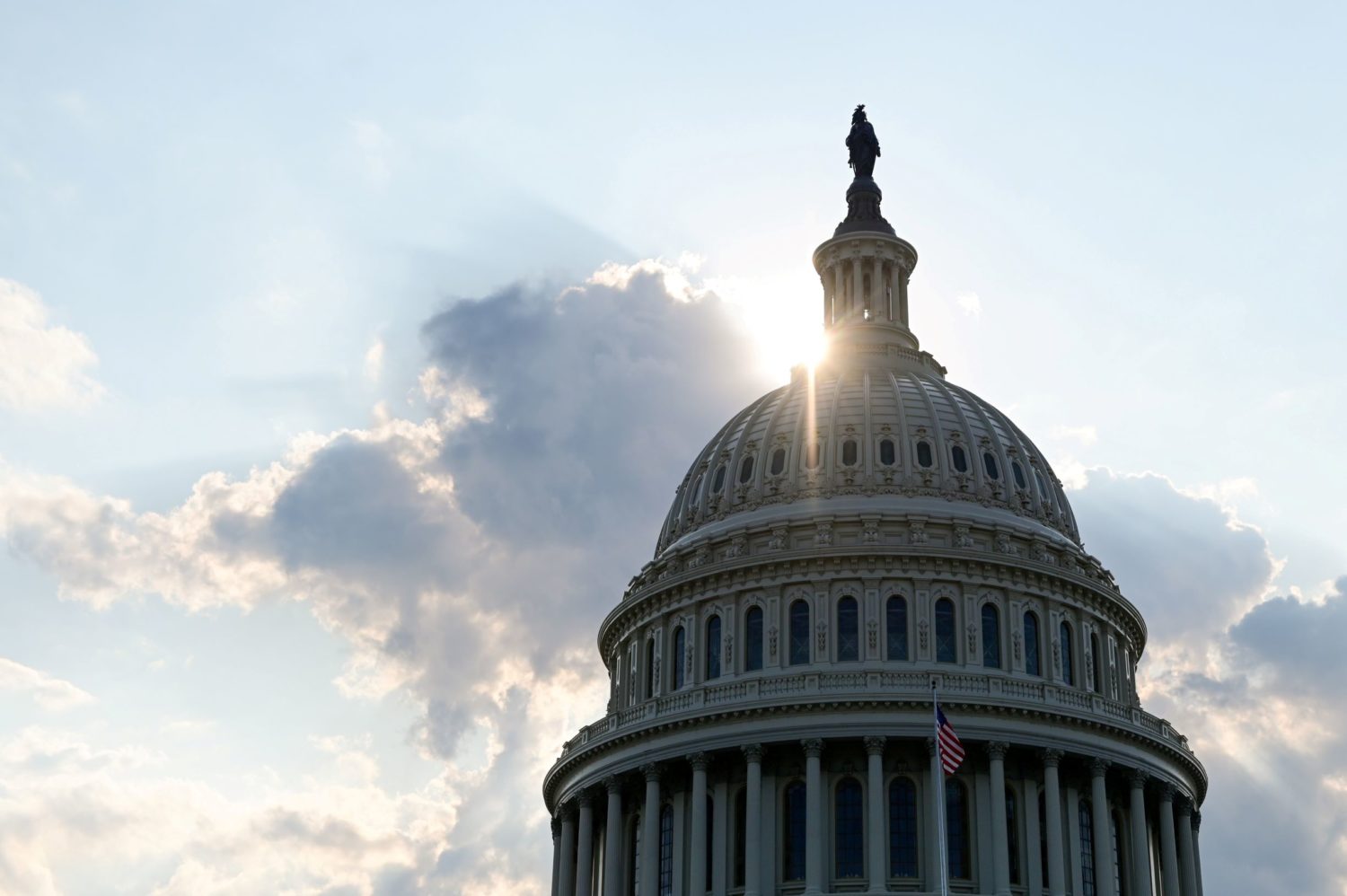 WASHINGTON (Reuters) – The U.S. House of Representatives prepared to vote on Thursday on a stopgap government funding bill that would avoid a government shutdown on Oct. 1 by maintaining current spending levels until Nov. 21.

The measure, known as a continuing resolution or CR, is intended to give lawmakers additional time to agree on more comprehensive funding legislation after overcoming differences on funding priorities, including President Donald Trump’s proposed border wall with Mexico and immigration policies that Democrats oppose.

“Our hope is that we will take the few weeks we have, now that we have a continuing resolution, and actually get a spending bill that will get bipartisan support,” said Representative Jim McGovern, a Democrat.

The vote was expected to occur after an hour-long debate due to begin in mid-afternoon. If approved as expected, the measure would move to the Senate. Final passage would require approval from both houses of Congress and the signature of Trump.

The new measure was hammered out during negotiations involving members of both parties and lawmakers from both chambers of Congress.

Lawmakers adopted a two-year budget and debt deal in July that authorized discretionary defense and non-defense programs. But Congress still needs to pass annual legislation to fund agencies. Without approval of the new measure, funding would expire after midnight on Sept. 30, when the current federal fiscal year ends.

The government shut down for more than a month in December and January, after Trump initially refused to sign a spending bill without funding for the U.S.-Mexico border wall.

The new funding measure requires the Department of Agriculture to report to Congress by the end of October on payments made to U.S. farmers under the Trump administration’s trade war mitigation program, according to an aide who said payments to foreign-owned companies would have to be listed.

In composing the measure, lawmakers avoided border policy proposals from liberal Democrats to better ensure passage by both the Democratic-controlled House and Republican-led Senate.

The measure does include funding that Democrats sought for public-health centers and for the Medicaid healthcare program in the U.S. territory of Puerto Rico.