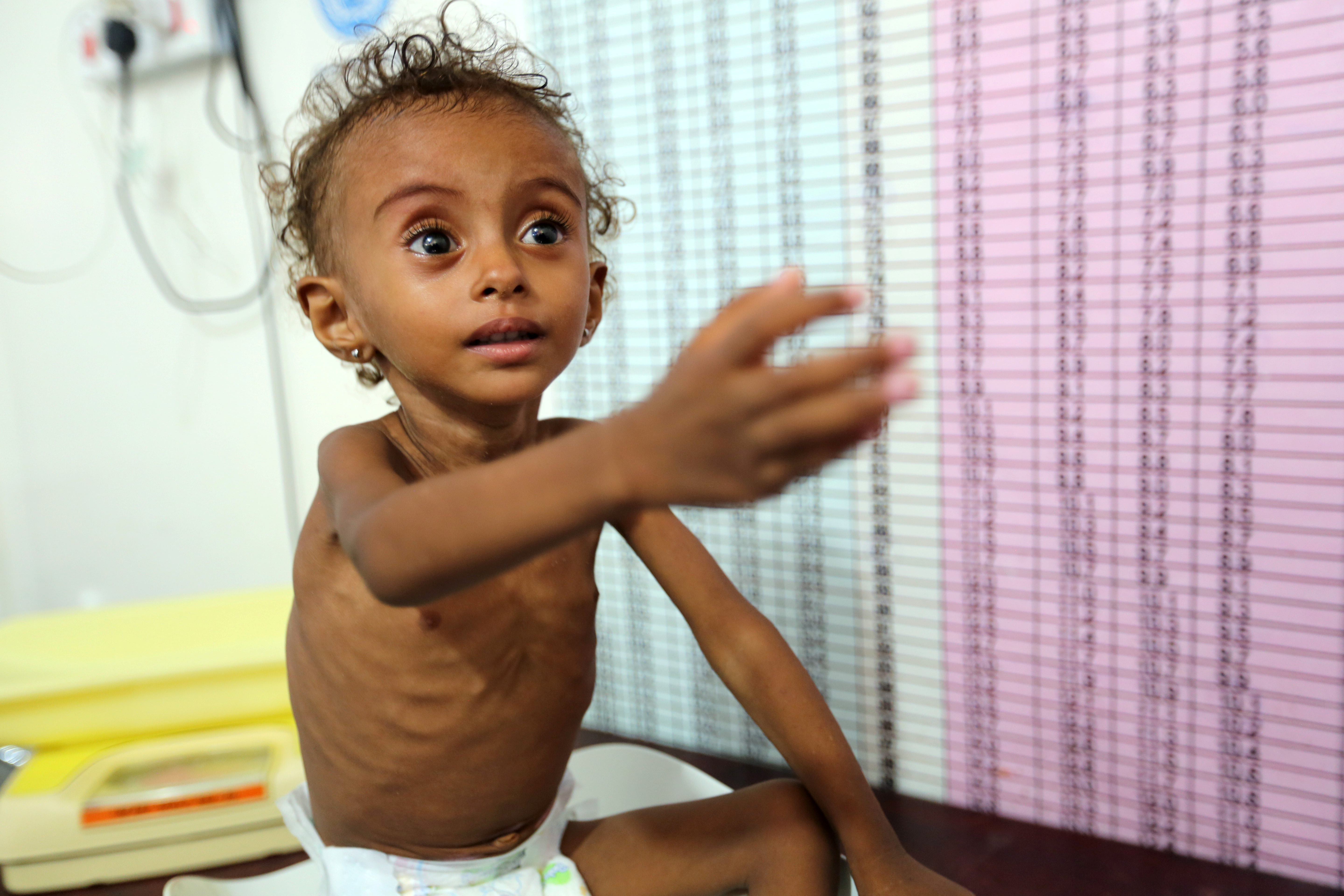 TAIZ, Yemen (Reuters) – Lying on a dust-covered bed in a hospital ward in the Yemen city of Taiz, 10-year-old Ghazi Mohammed barely has enough energy to watch doctors and nurses examine his emaciated body.

The boy weighs 8.5 kg (18 lb), less than a third of the average weight of a child his age. He fled hunger and poverty in his mountain village last year to find only more suffering in Yemen’s third largest city Taiz. 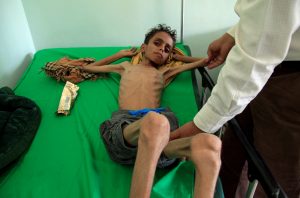 “This shows that the humanitarian aid that comes to Yemen does not reach people who really need it. Distribution remains random,” said his doctor, Amen al-Asli.

Western powers who have for three years provided arms and intelligence to the Saudi-led coalition waging war against Houthi insurgents in Yemen are now pressing for an end to a conflict that has killed more than 10,000 people and pushed the country to the brink of famine.

The West toughened its stance after the murder of journalist Jamal Khashoggi, a critic of Saudi policy, at Riyadh’s consulate in Istanbul on Oct. 2.

His death sparked a global outcry and exposed Saudi Arabia’s crackdown on dissent and aggressive foreign policy, including its role in the war in Yemen, which has been criticized by human rights groups and U.S. lawmakers.

But calls for an end to the fighting have come far too late for millions of Yemeni civilians, including children, who face acute malnutrition and hunger in a complex, multi-sided war. 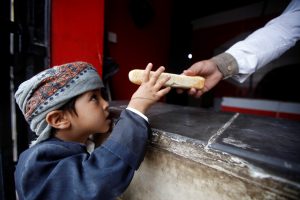 “They need a complete care, here in the hospital and later at home. Of course, it depends on the parents’ financial condition as malnutrition can hit the whole family,” said Youssef al-Salawi, another doctor.

In Taiz, children fighting for their lives in hospitals are traumatized by daily artillery fire, rockets, and anti-aircraft guns as Saudi-backed government forces battle the Iran-aligned Houthis along pulverized streets.

The United Nations says out of 29 million Yemenis, 22 million need some form of humanitarian assistance, almost 18 million are considered hungry and 8.4 million are severely hungry.

“We do hope that talk about getting the peace process back on track, that gives us hope, but it is very imperative for the people of Yemen that this conflict stops as soon as possible,” said Stephen Anderson, the World Food Program’s (WFP) country director in Yemen.

U.N. special envoy Martin Griffiths hopes to bring the warring parties together before the end of the year.

After seizing the southern port of Aden in 2015, the coalition has made little progress. While it has air supremacy, the Houthis have proved better at guerrilla warfare.

The Houthis still control Yemen’s most populated areas, including the capital Sanaa and the port city of Hodeidah.

The Sunni Muslim alliance led by Saudi Arabia and the United Arab Emirates has renewed its offensive on Hodeidah, a lifeline for millions of Yemenis, as Washington and London called for a ceasefire.

Aid groups fear an attack on Hodeidah port would disrupt its operations and endanger more civilians as it remains the main source of food imports as well as much-needed humanitarian aid.

Street fighting and air strikes resumed late on Tuesday in Hodeidah despite a lull in battles as U.N. officials visited the Red Sea city to assess food security.

A resident told Reuters calm descended on Hodeidah on Wednesday after heavy clashes and air strikes rocked the city. “It is very surprising,” he said.