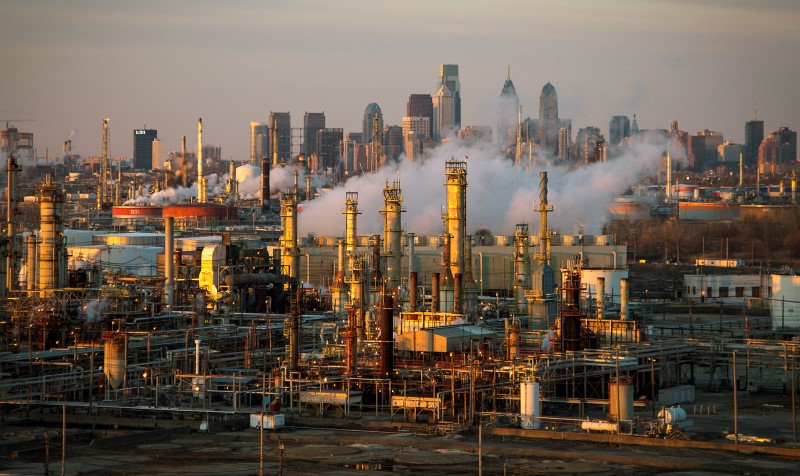 “Oil’s got its own pretty positive drivers at the moment. The API surprise draw overnight is obviously leading to the question of whether we are going to see the same in the official inventory today,” CMC Markets strategist Jasper Lawler said.

Official storage data is due to be published by the U.S. Energy Information Administration (EIA) later on Wednesday.

Adding to the upward price momentum was an oil service workers strike in Norway that could affect output from western Europe’s biggest crude producing region.

Nevertheless, analysts said any gains could be tempered by caution ahead of the Federal Reserve’s Federal Open Market Committee (FOMC) decision on interest rates later on Wednesday.

Economists do not expect a change in rates but any indication from the Fed on the outlook for economic growth could have an impact on the dollar, and in turn, on oil.

“I don’t expect the Fed to do anything and I don’t expect a ‘hawkish hold’ either. But a bit of dollar weakness should support the backdrop for oil,” CMC’s Lawler said.

“Wednesday has become ‘Big Wednesday’ for oil traders, with not only the FOMC but also the EIA crude inventory numbers out. Should they (EIA) follow the unexpected drawdown like the API and we get no FOMC rate hike, oil bulls may well have reason to be cheering after a tough couple of weeks,” Singapore-based brokerage Oanda said.

Key for the market is next week’s meeting in Algeria between producers from the Organization of the Petroleum Exporting Countries (OPEC) and Russia to discuss measures to rein in oversupply, including an output freeze at current levels, but analysts said they did not expect significant results.

“Even with a freeze – which would still mean OPEC production is at record levels – we will still be in an oversupplied market,” said Matt Stanley, a fuel broker at Freight Investor Services (FIS) in Dubai.